What do you do when regular pudding just isn’t enough? You get Giga Pudding. What do you do if Nissan’s AWD twin-turbo supercar that everyone is calling “Godzilla” just isn’t enough? You get the GT-R SpecV. The spiritual successor of the hakosuka hasn’t even cooled down from its Nürburgring laps yet and Nissan is already unleashing a more nutso version.

Nissan announced today that the GT-R SpecV will go on sale February 2, 2009 at just seven select Nissan dealerships across Japan. It chucks the GT-R’s rear seats altogether and replaces the remaining ones with special carbon fiber Recaros. In fact, the interior is swathed with carbon fiber trim, matched on the shiny side by a carbon fiber grille, spoiler, and brake ducts.

According to Nissan, a new boost controller supplies greater torque in the mid-to-high range while – and we know this is imporant to you GT-R drivers – improving fuel economy. Exotic materials like titanium coat the exhaust system and the brakes are carbon-ceramic, hidden behind NISMO forged aluminum alloy wheels.

In addition to Super Black, Vibrant Red, Brilliant White Pearl and Dark Metal Gray, the SpecV comes in an exclusive color, Ultimate Black Opal. It will cost ¥15,750,000, or just under $170,000. Of course, all we care about is its ‘Ring time and whether it will cream the Porsche 911 Turbo. And whether Porsche will accuse Nissan of cheating again. 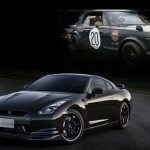 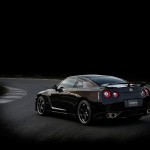 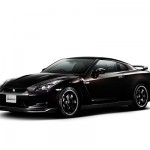 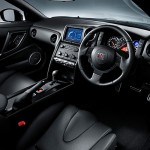 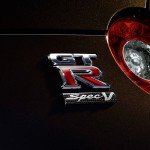 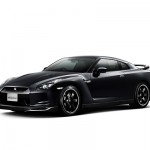 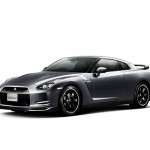 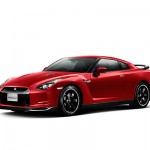 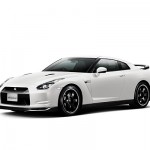