Mazda CX-50: Can American consumers and Jinba Ittai go together? 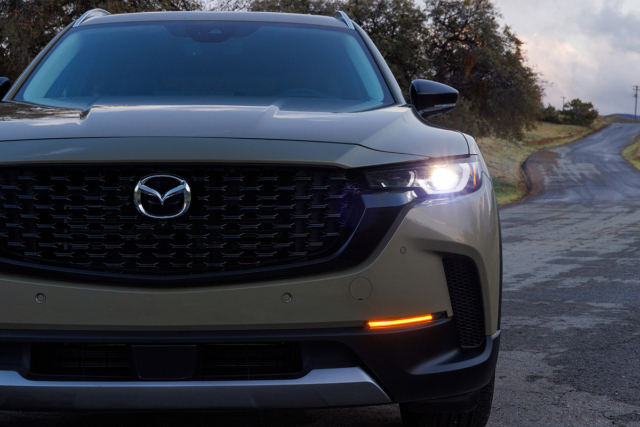 As far as the US market goes, Mazda has never truly delved into the SUV and truck market. Sure, they rebadged Ford Explorers and Rangers during the tie-up with Ford, but the die-hard Mazdafarian who wanted to park an M-badged adventure wagon beside their Miata had to look elsewhere. The Mazda CX-50 tries to answer that call, and is what happens when the demands of American buyers butt up against a philosophy of “horse and rider as one.” 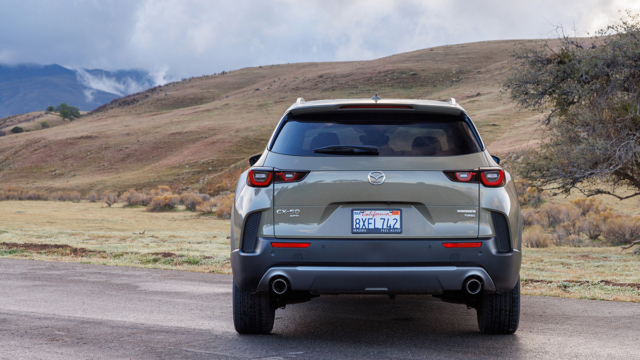 Several JNC staffers (Patrick, Glenn, and myself) already own Mazda CX-5s as family haulers. We each had spouses that wanted crossovers, so we made the compromise of driving a wagon on stilts by getting the one with the best driving dynamics this side of a Porsche Macan. That it also gets stellar reliability and safety ratings is just icing on the cake. It’s the perfect complement to whatever ancient J-tin our significant others won’t abide. [All our CX-5s purchased with our own money, with no help or discounts from Mazda.] 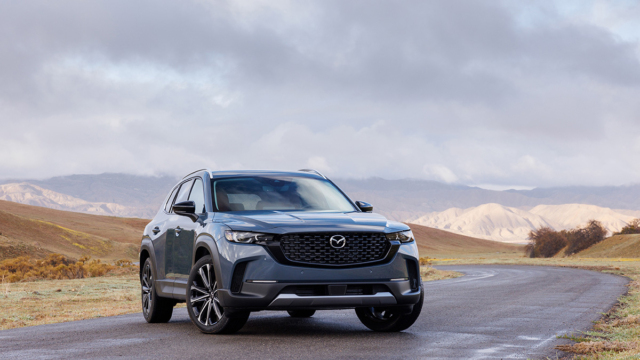 Needless to say, we were excited to try out the CX-50. On first impression it looks fantastic. In a world of indistinct two-box shapes, the CX-50 manages to stand out with sharp design that remains indisputably Mazda. Its first-gen Pathfinder-esque fender flares and squared-off wheel arches add a bit of ruggedness to Mazda’s Kodo elegance. Its interior is as beautiful as cars costing $10,000 more. If there was one flaw in the styling, we’d have to point to the fake rear vents (the front ones are functional), but that’s it. 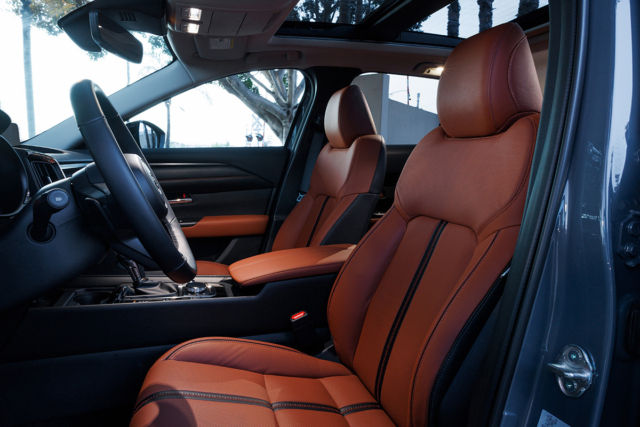 The dirty little unspoken secret of the CX-50 is that it’s actually a wagon disguised as an SUV. It sits longer, lower, and wider than a CX-5. The seating position is closer to the road, and gives the driver a satisfying command of the highway without listing like a pirate ship in turns. 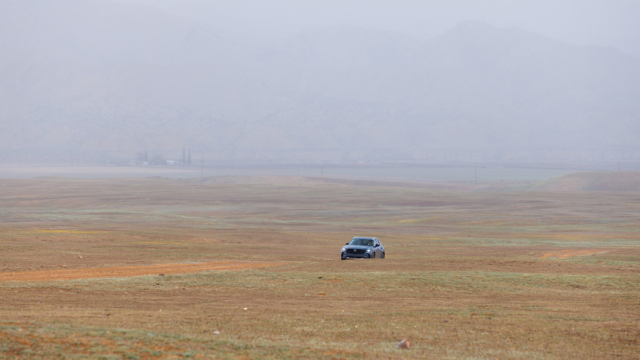 It’s equipped with Mazda’s now-familiar 2.5-liter four, which now makes 256 at 5000 rpm horsepower (due to a revamp of SAE standards) and 320 lb-ft at 2500 rpm on 93  octane, or 227 horsepower at 5o00 rpm and 310 lb-ft at 2000 rpm on 87 octane. Both engines are mated to a traditional, non-CVT (hallelujah!) 6-speed automatic. It’s probably as close to a Mazda wagon as we’ll ever get on US shores, but of course Mazda can’t really say the “w-word” or American consumers will run screaming in the other direction. 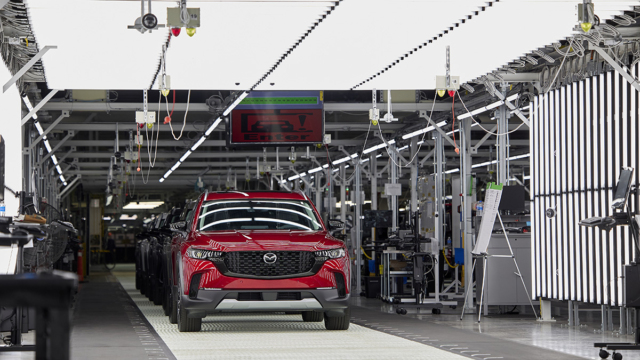 Speaking of which, the CX-50 is the first Mazda to be built at the new $2.3 billion Toyota-Mazda factory in Huntsville, Alabama. The plant actually has two separate lines, so the CX-50 isn’t built on the same line as any Toyota. The advantage of the joint facility, though, is the costs saved in sharing procurement and logistics, as well as tasks like paint and final inspection. And since North America is the only market for the CX-50, a US factory helps shield Mazda from currency fluctuations and shipping issues. 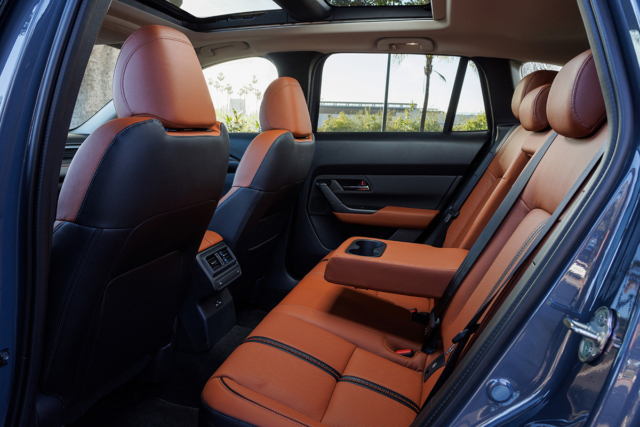 It’s also a way for Mazda to address some of the criticisms Americans have had with their cars. We demand more cabin width, for example, than even the larger CX-9, which has been accused of being cramped. That’s because the Hiroshima-built 3-rower physically cannot be any wider due to structural limits of the company’s Ujina N0.1 plant. Constructed in 1966, the factory was built long before anyone dreamed we’d be driving cars this big. 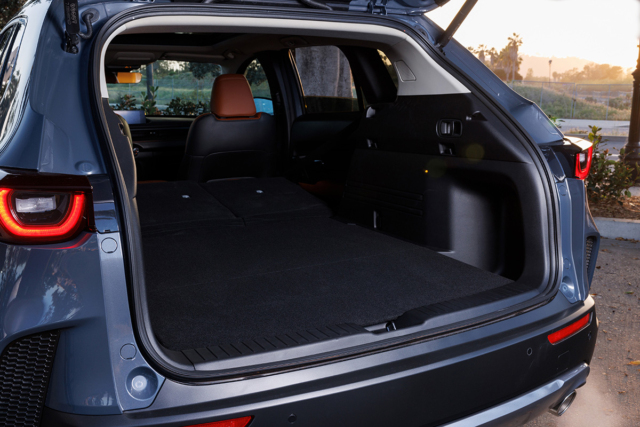 The CX-50 rides on the same platform as the compact CX-30. A pleasant result of the CX-50’s wagon-like proportions, though, is that it has more rear legroom and cargo space than the CX-5. The trunk is deeper, allowing for lengthwise loading of coolers and strollers, which means everything is more accessible when you’ve got a packed hatch. And unlike the station wagons of old, there’s no wheel well intrusion. 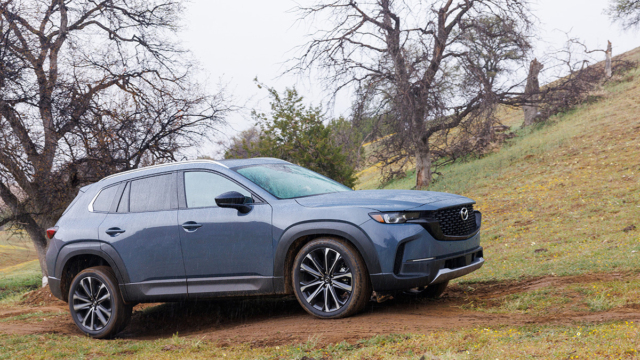 Surprisingly, despite the more car-like proportions, the CX-50 doesn’t feel as sprightly as other Mazdas. We all know that the Miata handles a winding road like Dwayne Wade handles a basketball, but Mazda goes the extra mile to inject superb dynamics into cars that it don’t really need it. The Mazda 3 doesn’t just set the fun-to-drive bar for modern sedans, taking it on a touge road is almost a religious experience. The CX-30 is similarly spiritual. 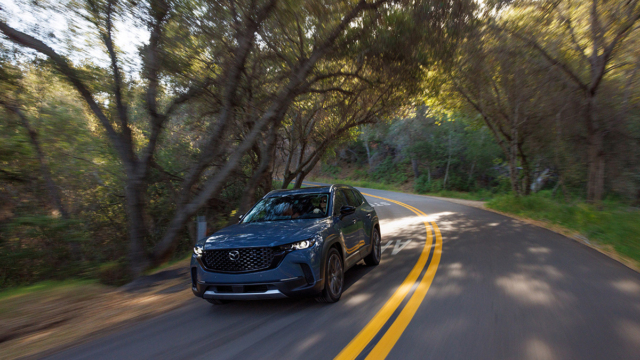 The CX-50 is still good, but compared to those cars it doesn’t feel as nimble. The steering, at least on the Turbo models, feels heavier and less responsive. We were told that the naturally aspirated CX-50 has lighter steering but Mazda didn’t provide one for review. The CX-50’s suspension is firmer as well, tuned for light off-road duty, and when you put the CX-50 Turbo’s curb weight against a CX-30 Turbo’s, it tips the scales at 402 pounds more. (a non-Turbo CX-50 is 318 pounds more than the non-Turbo CX-30).

While we didn’t have any trouble tucking the nose in on a hairpin or wheeling it through switchbacks, the combination of factors delivered less of the confidence-inspiring feedback than the CX-50’s siblings. We’d still take a CX-50 over, say, a Honda Passport, but it lacked the magical jinba ittai feeling we’ve grown accustomed to on other Mazdas. 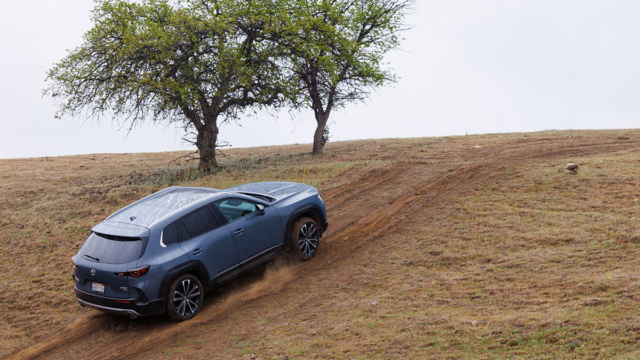 The tradeoff, then, is in the CX-50’s abilities to perform more SUV-like tasks. It’s the first-ever Mazda with an Off-Road Mode, whose software was inspired by rally driving according to chassis engineer Dave Coleman. It drags the AWD torque coupling a little more and raises the minimum rear torque split to dampen yaw motions. What that means in practice is that where the rear end would normally swing out on loose dirt, it instead tracks with the front.

Still, Mazda reckons that most of your camping or skiing adventures spend about 90 percent of in-car time on highways getting to your exit. The next 10 percent or so takes place on a winding mountain road. Only the final 1 percent happens off road. As such, Mazda engineers say they didn’t want to lean too heavily into Jeep territory. They might be stellar off road, but getting to the campsite will be a chore. As such, they believe the CX-50 offers as much off-road capability as the can while sacrificing the minimal amount of on-road manners. 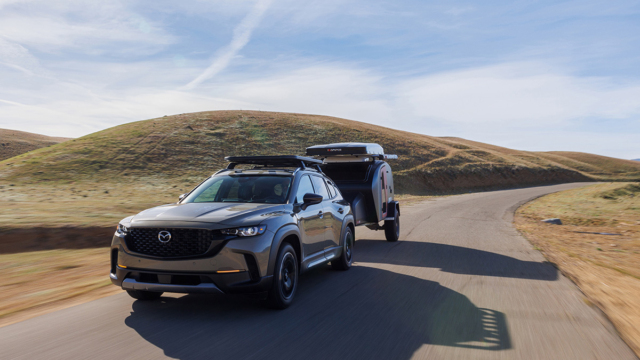 When we heard the CX-50 had a Towing Mode, visions of a Mazda tow vehicle for a Miata track car — or any number of our decrepit projects — danced in our heads. It again alters the shift and AWD torque coupling maps to reduce yaw caused by the trailer. It also amplifies Mazdas G-Vector Control system to shift more weight on the front wheels at turn-in to compensate for the trailer pushing down at the rear.

Unfortunately, the Turbo models have a maximum towing capacity of just 3,500 pounds (and naturally aspirated versions have only 2,000 due to cooling).  That’s not going to be enough for a spec Miata racer, which has a 2275-2425 race weight depending on the engine and generation, plus an open car trailer, which usually runs about 2,000 pounds. 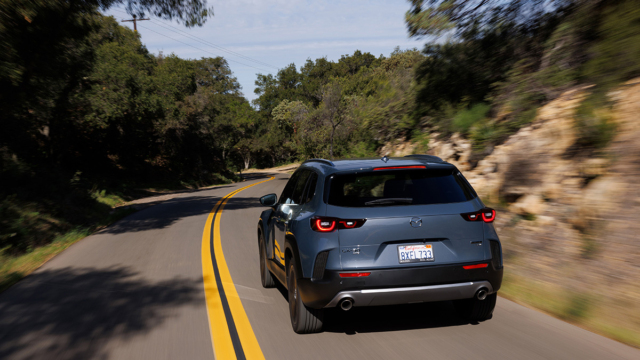 There are infinite settings on the dial between Miata and Land Cruiser, and Mazda believes it has found the best one. And by no means is the CX-50 a bad car. We’d take on over a similarly priced Subaru Outback Wilderness or Toyota RAV4 TRD. Honestly, we don’t know if it’d even be possible to move any closer to the Miata end of the spectrum for such a vehicle, so perhaps it’s unfair to hold Mazda to such an extremely high standard. Besides, it’s not like they don’t have other crossover options that are fun to drive, like our CX-5s.

An SUV with some mild off-road capability is what American buyers want and Mazda is delivering. As enthusiasts, we can forgive a vehicle or two that don’t make our hearts sing when we climb behind the wheel — as long as Mazda uses its profits from them to make the stuff we care about. A company like Mazda has to stand for something to survive, and they’ve picked joy from driving as their brand. We’re just holding them to their word.

permalink.
This post is filed under: Next Version and
tagged: CX-50, mazda.

3 Responses to Mazda CX-50: Can American consumers and Jinba Ittai go together?