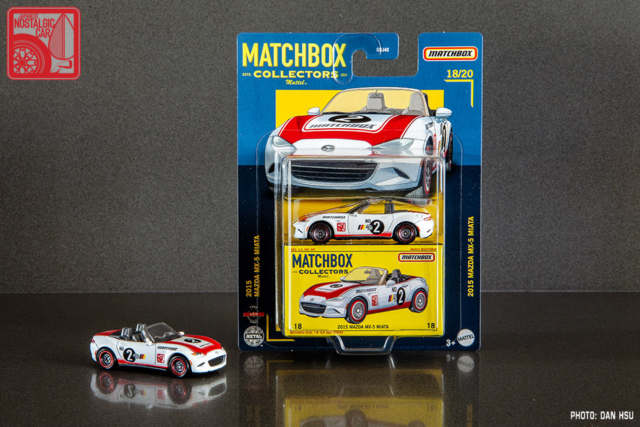 We’re honored to share another great piece by our friends at Matchbox. It’s the latest car to feature the JNC inkan, and in fact it’s the newest car by year, make and model to feature our logo. It works out perfectly, because we can’t think of another modern car that better captures the spirit of the Nihon classics than the ND Mazda MX-5 Miata. 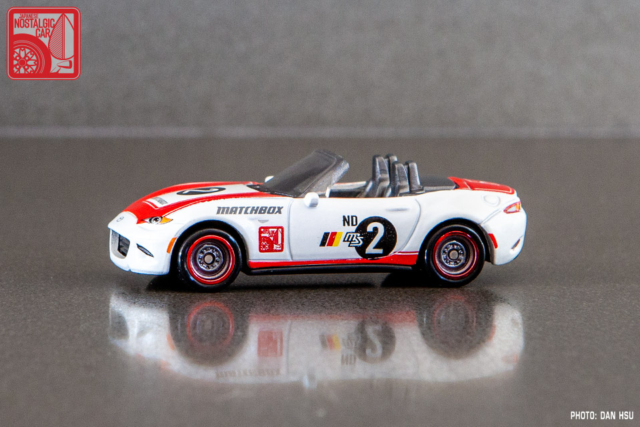 We’ve been excited about the ND since long before its official debut. The roadster is one of the very few cars that you can buy new today which feels like it maintains a direct spiritual link to the original car that spawned it. It’s obvious that the engineers who created it still care about the joy that can be derived from driving. And in this day and age, where the industry climate seems downright hostile to sports cars, it soldiers on undeterred.

The Miata is part of the 2022 Matchbox Collectors Series, a premium lineup that features more detail, including two-piece wheels and rubber tires. Some have moving parts like opening doors or hoods, but in the case of the Miata there’s none of that. Like the real car, simplicity is the key. 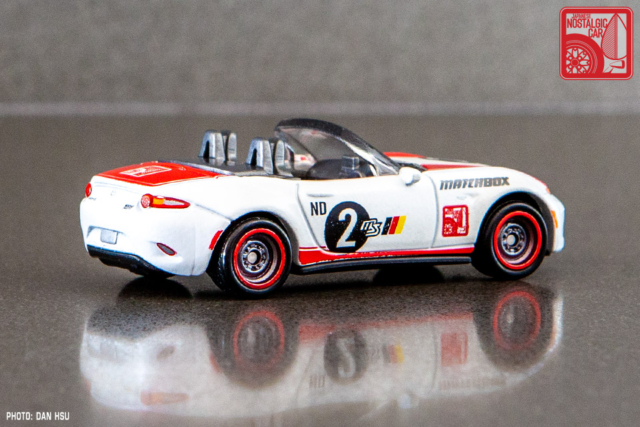 The ND has been part of the Matchbox main line since 2016, but this is its first appearance in the Collectors Series. We’re not sure how Matchbox chooses which castings to use in the premium sets but they’re typically models that are sought after by enthusiasts, so the Miata is in good company. 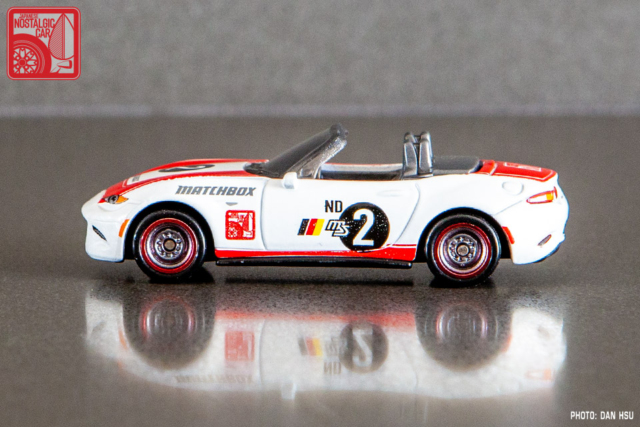 The livery is reminiscent of the retro livery that Mazda used in 2015 at the 25 Hours of Thunderhill. That livery was itself inspired by the original Mazda RX-7s that raced at the 24 Hours of Daytona in 1979 and won the IMSA GTU class. The JNC inkan can be found on each fender in its traditional red, but also on the trunk in an inverse white. There’s also a Mazdaspeed logo on the doors, which we’re actually Matchbox got Mazda’s approval on considering their recent attempts to distance themselves from that sub-brand. 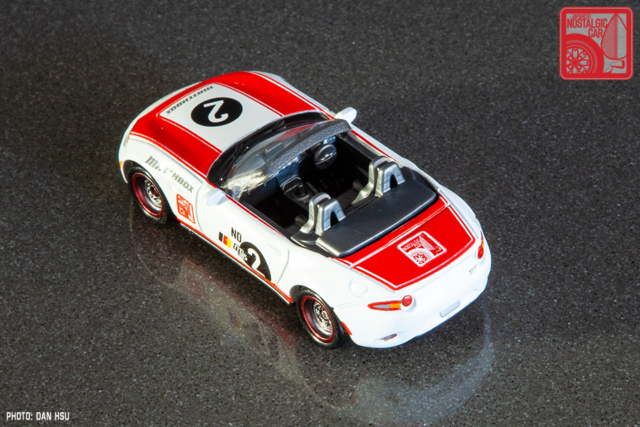 We’re honored to be continuing our partnership with Matchbox. We think the ND Miata is a more than worthy addition to the JNC diecast family. The car should be hitting the shelves at retail locations now.