Posted on February 3, 2016 by Patrick Strong 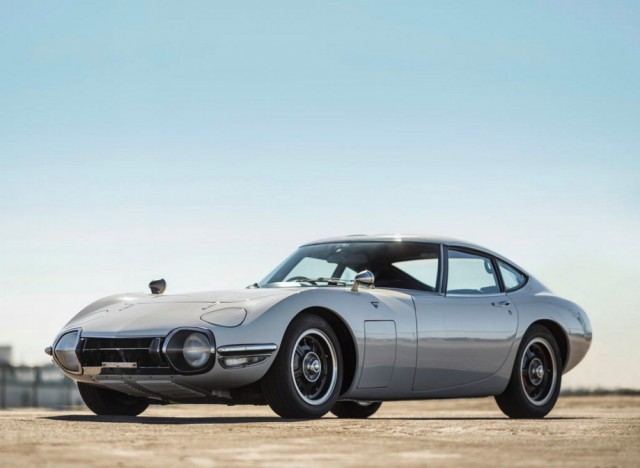 If the 2016 Scottsdale collector car auctions are any indication, it may be time to declare that Japanese classic cars have gone fully mainstream. All five of the major Scottsdale auctions (Barrett-Jackson, RM Sotheby’s, Bonhams, Gooding & Co. and Russo & Steele) saw J-tin cross the block at a wide spectrum of price points, but with few exceptions their sales results followed broader market trends that also affected more traditionally coveted cars from Europe and the U.S., indicating that nostalgics have been assimilated at last into the general collector car community. 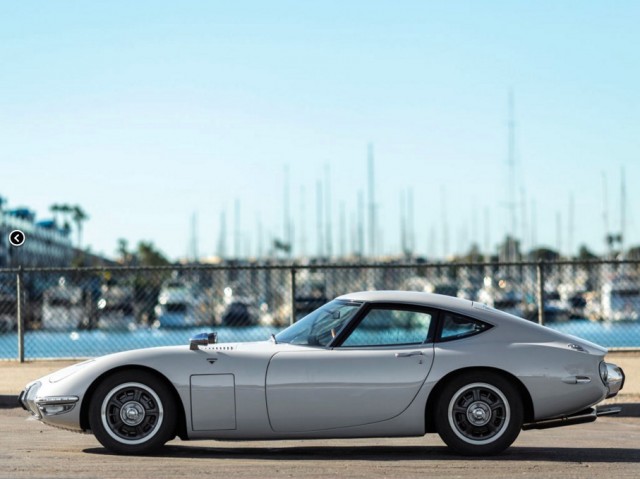 Over the past few years, the appearance of a single Toyota 2000GT at a collector car auction would have been a major headline at JNC. At Scottsdale 2016, the big story wasn’t that two were run across the block, but rather, it was that neither of them sold. Both RM Sotheby’s  and Gooding offered 2000GTs, with estimated prices between $600,000 and $950,000, but both failed to meet reserve. 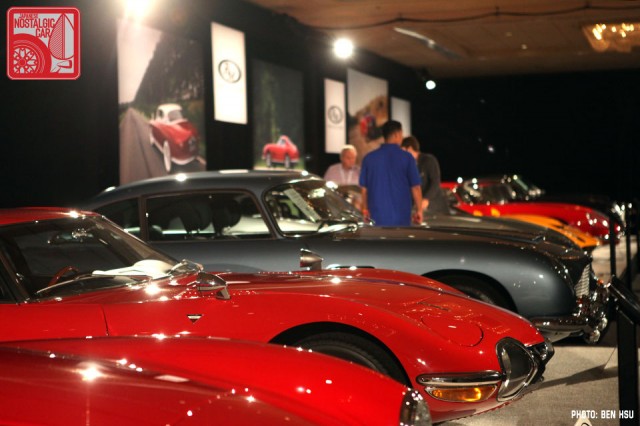 In the case of the Gooding car, this must have been a special disappointment to the consigner; this was in fact the same Solar Red 2000GT that brought $950,000 at RM’s Monterey auction just seventeen months before. This does not seem to be a specific rejection of the 2000GT as a top-tier collectible, however, as more broadly there was a softening of prices among the upper echelon cars in Scottsdale. RM also failed to get reserve prices for a 1985 Ferrari 288GTO and a 1934 Duesenberg Model J, while their 1937 Mercedes-Benz 540K Special Roadster sold for a full million dollars less than low-estimate. It would seem that consigners have become just a tad optimistic with their reserves. 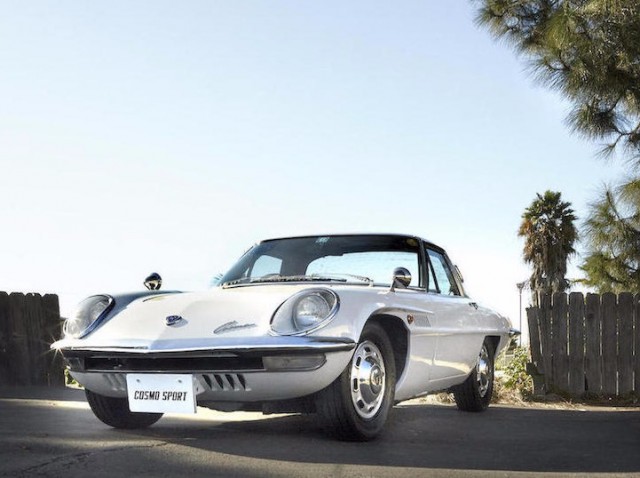 A pair of Mazda Cosmo Sports were also offered in Scottsdale, but unlike the rival 2000GTs, both rotary sportsters found new homes. The first, a recently restored ‘67 Series I presented by Bonhams, sold for $95,000*. The second, RM Sotheby’s 1970 Series II in “driver” condition, brought $75,000. While both sale prices were far below the six-figure estimates attached to each car, they were in line with figures achieved by similarly offbeat classics, such as a 1965 Lancia Flaminia Coupe also sold by Bonhams for $95,000. Perhaps buyers of Italian exotica are ready to accept contemporary Japanese cars as viable alternatives. 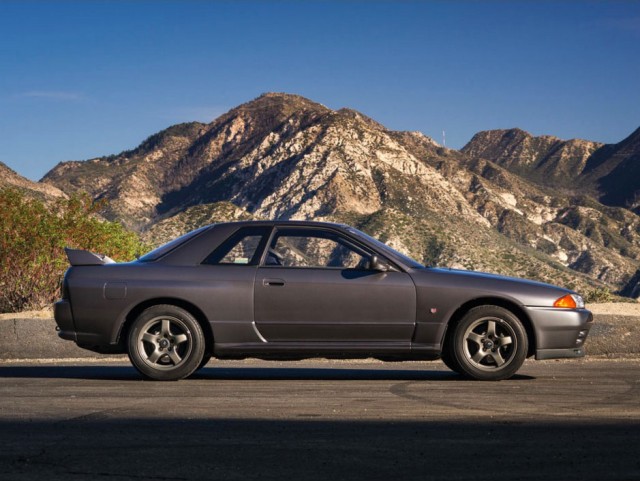 Sadly, there were no Hakosuka or Kenmeri Skylines offered in Scottsdale as a counterpoint to the 2000GTs and Cosmo Sports, but as was previously reported, a BNR32 GT-R sold for $75,000 at RM. While eyes on the ground reported that this low-mileage example had a some paint fade on the roof, this was the rare car in Scottsdale this year that actually sold above estimate.

Some have suggested that there is a bubble in R32 prices at the moment, but it is equally possible that Godzilla is finally being recognized by the mainstream as the towering performance achievement it is, and that even at $75K it’s still a better value than competitors from Stuttgart and Maranello (at least among the “Gran Turismo aficionados” referenced in RM’s catalog listing). 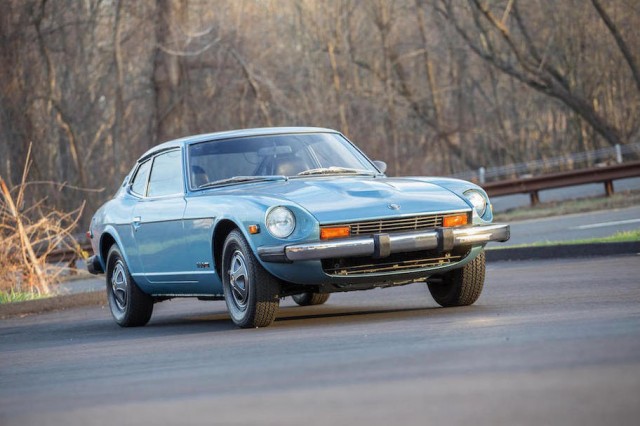 Of course, there was that other Nissan product that drew big money in Scottsdale: Bonhams’ 1975 Datsun 280Z 2+2. Like the Skyline, this car was already the subject of a JNC writeup, so for now let it suffice to say that originality, low miles, and the blessing of Wayne Carini count for a lot in the Arizona auction game. 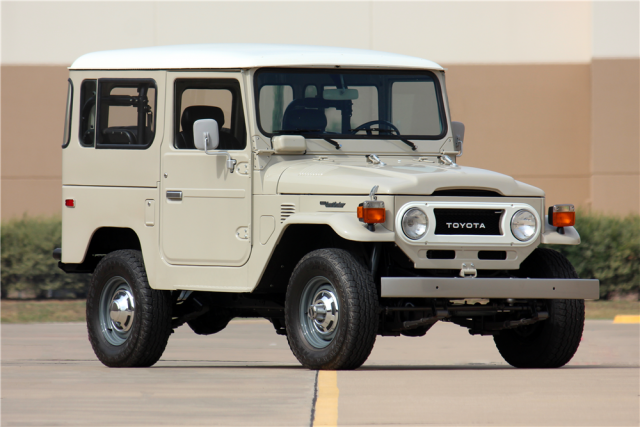 Every year, the Scottsdale auctions seem to have an “it” car, the one indispensable model that pops up on every company’s docket. Where once that may have been a Camaro or Mustang (or more recently, an early 911) 2016 was the year of the Toyota Land Cruiser FJ40. All five auction houses had at least one for sale, with the weeklong Barrett-Jackson event offering no fewer than twelve of the beasts. 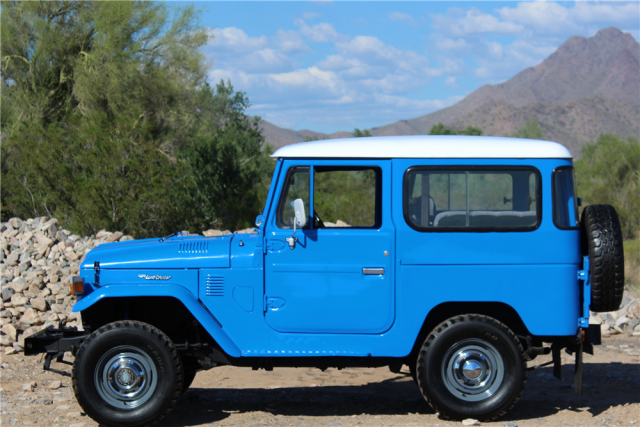 Several of Barrett-Jackson’s FJs had been questionably “upgraded” with small-block Chevy power, but the top sellers were in original specification and usually over-restored, as was the case at the other auction houses as well, with most great examples bringing between $40 and $60 thousand. We’ve seen FJ40s go for much more than that, which means the market is reaching a bit of saturation point them now. 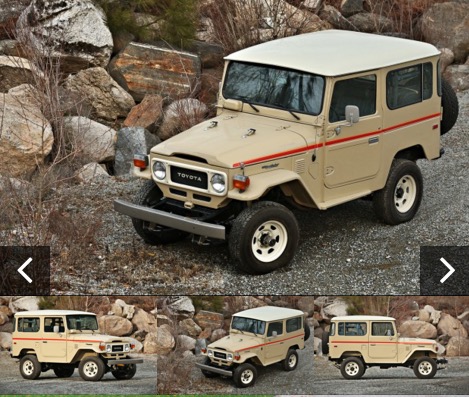 A further sign of the mainstreaming of Japanese classics would be the attention paid to frankly trivial production statistics: Gooding’s 1983 FJ40 was pointedly described as one of twelve sold with the High Altitude package, as well as being one of approximately fifty with air conditioning and power steering. This sort of rare-because-of-options hair-splitting has always seemed obnoxious when trotted out by the muscle car crowd, and it might be wise for nostalgic fans to question whether or not we want to walk this same path. (For what it’s worth, the “rare” Gooding FJ sold for $55,000, or half its estimate).

In the face of exotica like the 2000GTs and Cosmo Sports, or the pervasively excellent selection of cherry FJ40s, it may come as a surprise that perhaps the best nostalgic car on offer in Scottsdale last week (and arguably the best value of any vehicle out of the thousands for sale) was a Hilux. But then, Barrett-Jackson’s ’82 Toyota was no ordinary Hilux, though only the most sophisticated buyers might have recognized it. B-J’s catalog listing coyly noted that the truck was “restored by Finishing Touch Body Shop in Fountain Hills, AZ,” which astute readers of this website will know is owned by friend-of-JNC Glenn Roberts, master car restorer and vintage Mazda collector. 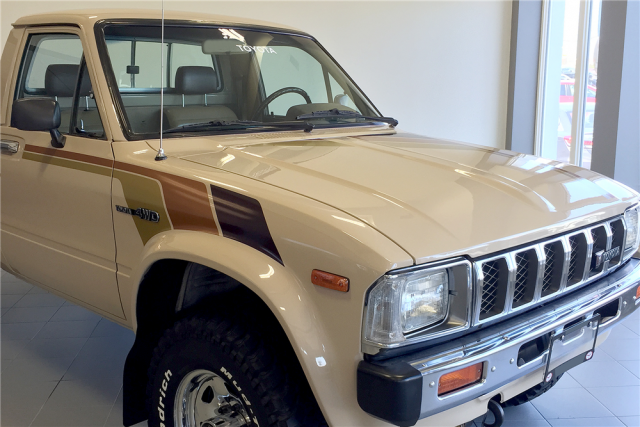 The Hilux was formerly owned by a member of Roberts’ team, Matthew Tilden, who oversaw its restoration before showing it at JCCS in 2011. Tilden informed us that the truck was originally purchased by a Colorado firefighter who had personally maintained the vehicle, keeping “paper upon paper upon paper” in service documentation. Tilden said that the vehicle’s “restoration” was really a “preservation,” as the Hilux was in almost perfect original condition when he bought it. It required only a new paint and stripe job to become perhaps the best Toyota SR5 pickup in America. The Hilux sold for $22,000 — not cheap, but possibly a bargain considering its originality and thoroughly excellent condition. Let’s hope the new owner recognizes what he got. 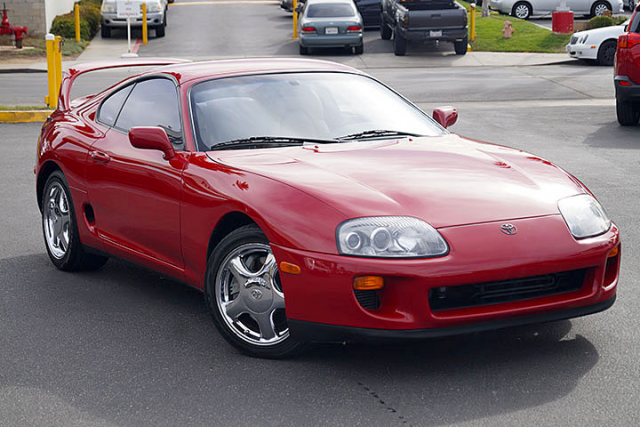 Perhaps the most significant indication that Japanese classics have gone mainstream to come out of Scottsdale is the sheer number (and variety) of nostalgics offered, not just at the pointy end of the market, but also among the “entry-level” classics that make up the week’s earliest offerings. 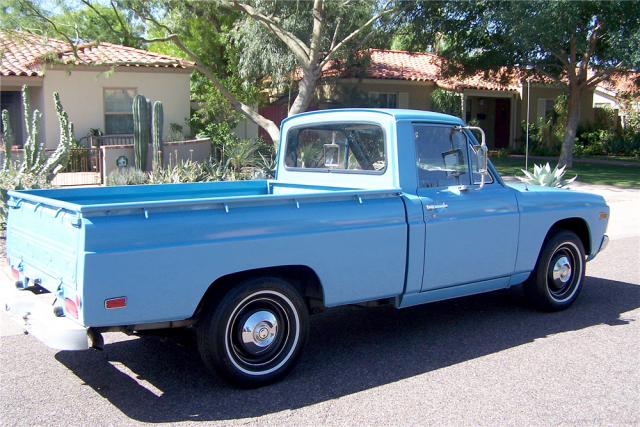 Barrett-Jackson sold a Datsun Sports 1500 roadster, a stock (stock!) ’94 Supra Twin Turbo, and even a very clean Ford Courier at the top of their docket, while Russo & Steele offered a respectable Datsun 280ZX, a Honda Z600, and an FC RX-7 convertible with an aftermarket turbo system. 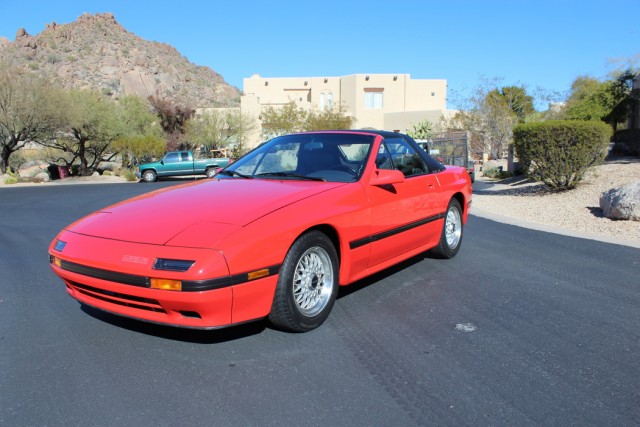 What’s important to note here is that in years past, these slots almost certainly would have been filled by Boomer-friendly American classics or maybe Mercedes SLs or low-end Italian cars. The auction houses have made a conscious decision to be more inclusive of Japanese cars in a manner that makes them available to buyers of widely varied budgets. Will this be a long-term positive for the Japanese corner of the collector car hobby? Time will tell, but one thing is certain: that corner is now located firmly in the mainstream.

*Sale prices listed above are “hammer prices” and do not include any buyer’s fees.