Inside the world of Kimono My House, one of the oldest Japanese hobby shops in the US 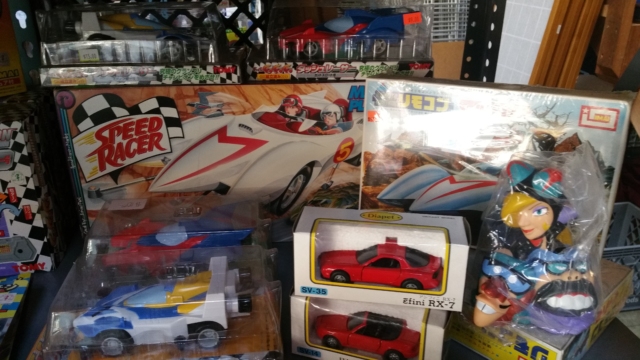 Before anime and Japanese sci-fi became mainstream on US shores, a small hobby shop in Emeryville, California filled that niche for those in the know. Kimono My House is probably the oldest Japanese toy store in the United States, its shelves a vast array of who’s who in Japanese pop culture: Astro Boy, Destoroyah, Godzilla, Ultraman, Kamen Rider, Mazinger Z, and Macross, just to name a few. It wasn’t only a kaiju and mecha mecca; it was also one of the very few places outside of Japan where you can find vintage Mach GoGoGo (Speed Racer), Diapet, and Tomica. It’s been thriving despite the coronavirus pandemic, but now it needs help.

Kimono My House had its humble beginnings as a kimono shop. It was the 1980s, sushi was not yet popular, though Americans were slowly realizing that all the best stuff is made in Japan. Owner Susan Horn taught English in Japan for two years, and while living overseas, saw the potential for selling kimonos back in the States. Shogun was being aired on television; as a result, the kimonos completely sold out. The business was sustained solely by word of mouth.

One day, a patron who was visiting the store asked about a “robot that transformed into a jet.” Susan had never heard of the toy and asked her supplier in Japan about it, and learned about Takatoku Macross Valkyrie. On her next trip to Japan, Susan brought back a slew of Macross toys and started putting them on her shelves. The rest was history, and ever since then, a steady influx of vintage Transformers, kaiju monsters, mechanical wind-up tin robots, and minicars have shaped the store into one of the largest selections of Showa Era Japanese toys outside of Japan.

The store predates even the toy shops in adjacent Japantown San Francisco, and is one of the first to get licensing for Japanese animation merchandise in the United States. Specifically, it was the first to receive licensing for Akira merch, and was featured on the December 1990 Issue of Japan’s Weekly Young Magazine, the title that serialized Akira, Ghost in the Shell, Wangan Midnight, and Initial D.

The 90s anime boom soon kicked in, with chain stores such as Toys R Us and Suncoast Motion Picture Company receiving licensing to mass produce their own (though lower quality) goods. That, along with the advent of the internet, prompted Kimono My House to shift towards the obsolete, nearly forgotten by the niche market it created.

The Kimono My House shopping experience is exactly what you would expect from an independent toy store in Japan. The unassuming, industrial exterior can easily be overlooked. There are no signs or decorations, just a small porch that leads to a door next to a commercial roll-up door. Once you walk past the door, a scent that could be best described as “freshly opened Tamiya kit” hits your senses.

You’re greeted by a giant Ultraman, programmed to watch over the store. In true Japanese fashion, figurines and other toys in all shapes and sizes are crammed into the shelves and sometimes spilling over onto the floor, making the most efficient use of the limited space. Your eyes shift back and forth, trying to comprehend the nostalgia that just overcame you, a one-two punch right in the childhood.

After one relocation, closure and reopening, and one pandemic, the store still operates to this day. Unfortunately, on the evening of April 17th, thieves broke in overnight and stole numerous high-dollar items, most of which are already scarce, even in Japan. The Marmit Super Robots and Mazinger Z were discontinued around the turn of the century, and are hand painted. An individually numbered Billiken Gigantor Tetsujin28 tin toy has also gone missing, along with a big Gojira and Destoroyah. 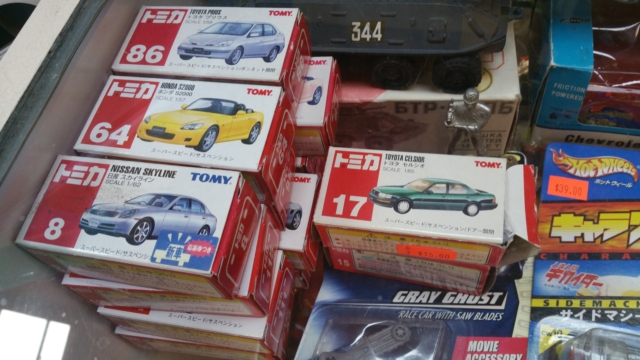 Many of us were introduced to J-tin by reading Initial D and Wangan Midnight or by simply walking into stores like this and seeing Aoshima model kits. Those who grew up with Neon Genesis Evangelion and Ultraman saw a Mazda Cosmo Sport serve as a vehicle for a government entity instrumental in fighting monsters attacking Japan. Lupin III featured beautifully drawn Toyota Celica TA22s, Datsun Fairlady Roadsters, S54 Prince Skylines, and Prince Glorias, just to name a few. One glimpse into the store will tell you that Kimono My House celebrates this golden era of Japanese animation and the cars that went with it. 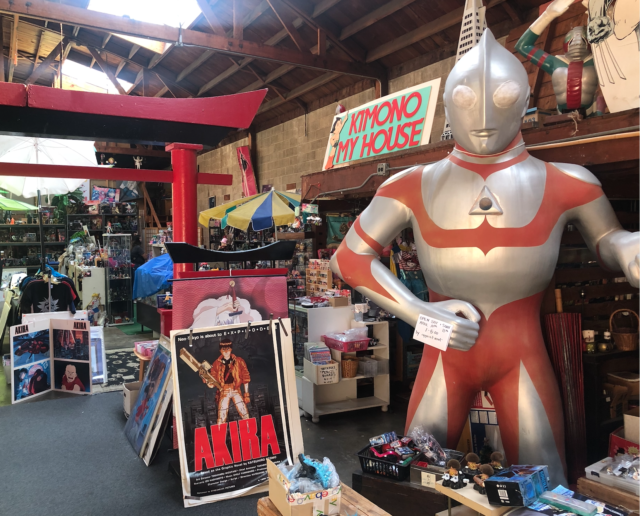 The magic of Kimono My House cannot be captured by photos and words. It has to be experienced. It’s among the last bastions of true otakudom. Due to the instant gratification of being able to purchase things from Japan being a mouse-click away, many specialty shops across the US have disappeared. We are heartbroken to see an independent shop like this get hit by thieves, and hope that the items are found.

Many parallels exist in collecting Japanese diecast cars and figurines, and we hope that if our readers come across any of the stolen items, that they contact Kimono My House. Our values align with Susan’s relentless dedication to Japanese culture, and the belief that it should be preserved for generations to come.

6 Responses to Inside the world of Kimono My House, one of the oldest Japanese hobby shops in the US