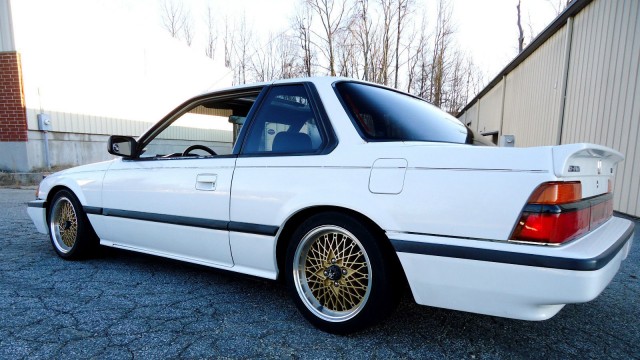 Featured here is a 1987 Honda Prelude Si located in Thomasville, North Carolina, currently for sale from it’s third owner who bought it originally from an estate sale. It hasn’t lived a hermetically sealed life, but for the unloved second-gen Prelude it is still an extraordinarily clean example. 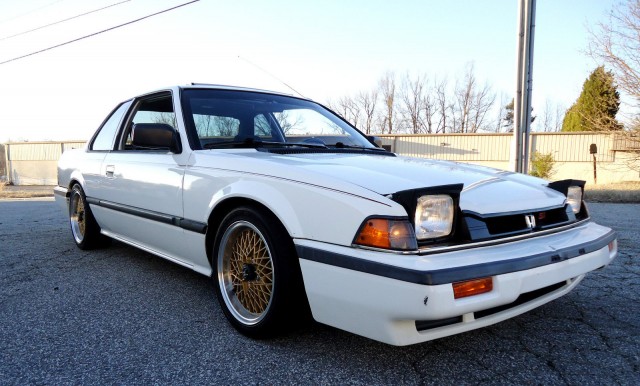 It has been well cared for and modded tastefully with a short ram intake, a relatively conservative custom cat-back exhaust, Ground Control coilovers and a set of Axis OG San wheels. Ground Control is widely known as being the best coilover sleeve on the market and Axis is, well… a replica wheel brand.

The short ram intake looks like a generic product but there isn’t much technology put into the design of that style so there won’t be much quality lost with that choice. If modifications aren’t your thing though, the seller does include the rare factory mesh wheels and factory suspension. Given that the original exhausts rusted through almost immediately after purchase, it can be presumed that it will not be included. 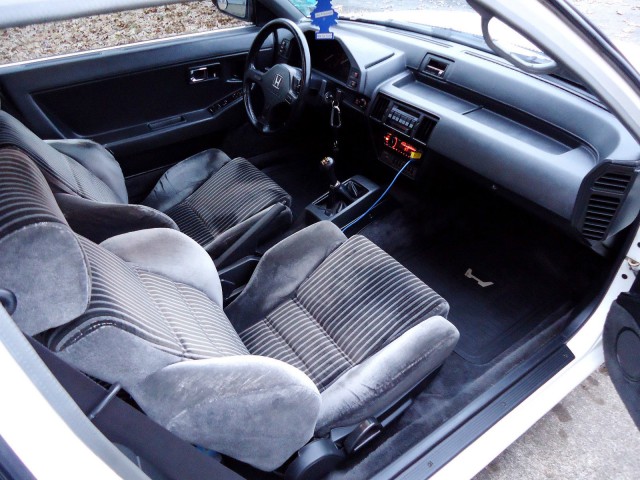 Moving inside of the car the interior seems to be in almost perfect condition, which is hard to come by, the main faults to look for is wear on the left driver seat bolster and cracks in the dashboard. Beyond those issues these interiors are pretty well made. A little known fact about Honda is that a large number of their products in the 1980s and early 90s were made by Recaro. It wouldn’t be very hard to find a working OEM stereo either, but for the purposes of utility the aftermarket option is probably the best decision as Honda has never been known for audio quality, outside of the Gathers stereo options in Japan. 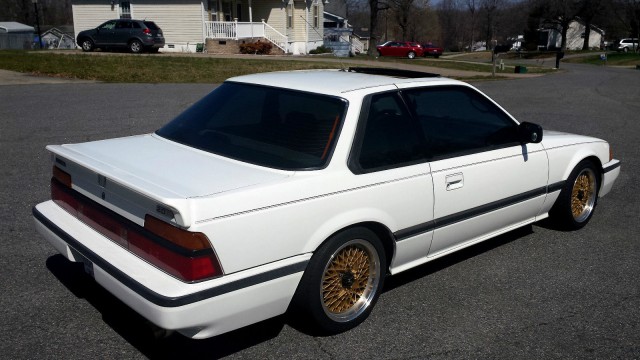 Often looked over as a FWD trying to trick their owners into thinking they have a “real” sports car, the Honda Prelude is anything but. Originally tuned to have moderate oversteer from the factory and a relatively powerful engine, they may not beat a Supra or 300ZX in a drag race but the owner will still be sporting a massive grin on their face. The Si does include fuel injection, as denoted by the Si trim level, and can be identified by the flushmount spoiler.

The second generation Prelude has been considered a pariah for the majority of its existence, since the later generations featured significantly more powerful DOHC engines. However, the popularity of this chassis has grown as the popularity of classic Japanese cars have begun to extend beyond performance and more into the overall experience of the car. Where else can you find a fully loaded sports car today that features 7-way adjustable Recaro seats, and gets 30 mpg for under $28,000?

All the modifications are reversible, or just daily drive as is. For the latter, it’s close to perfect: flip-up headlights, the lowest of insurance brackets, seating for four, double-take inducing looks and still plenty of fun. This listing, currently at about $2,100, expires pretty soon so you’re going to want to jump on it on eBay

probably before you get to the end of this sentence.