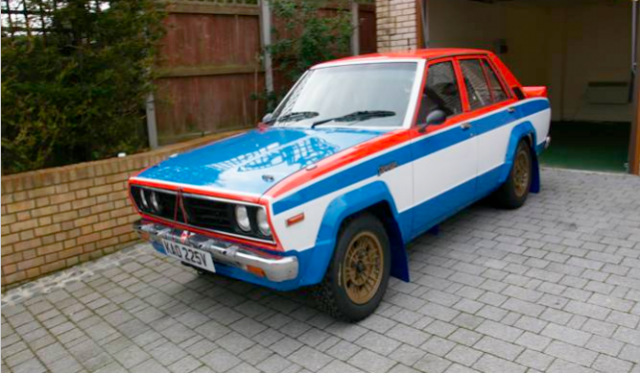 The UK owner of this car is asking 40,000 pounds sterling (over US$64,000) for a Nissan Stanza. Surprised? Well, this is no ordinary Stanza. According to the seller, it’s the ex-works car that won the 1979 Southern Cross Rally. Held in New South Wales, Australia from 1966 to 1980, it was one of the world’s premiere rally events. In the 70s, Mitsubishi maintained a five-year winning streak with the Galant and Lancer GSR. Nissan dethroned them with the Violet (aka Datsun 710) and this car, the A10 Stanza — also known as the Violet in Japan and Datsun 510 in the US. If the seller’s claims are true, this could be your chance to own a genuine piece of motorsports history built by Nissan itself. 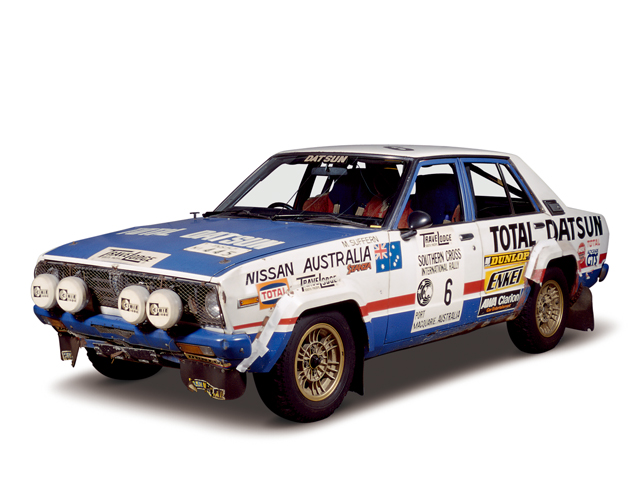 The above is a photo of the PA10 Violet that won the Southern Cross Rally in 1978, piloted to victory by the same driver/navigator team, George Fury and Monty Suffern. It currently resides in Nissan’s Zama collection wearing battle scars accrued in the line of duty. You can see the same 14-inch Enkei wheels on both cars, though only closer inspection can reveal if it wears the same M+S Dunlops and Tokico Safari Y Series front shocks and Atsugi rears.

The seller says it was imported from Australia to the UK in 1996 and restored with authentic works parts collected over a span of three decades. That would mean it has a lot of go-fast goodies not found on the road-going version, like a L20B with output somewhere between 190 and 200 horsepower, close-ratio dogleg tranny, and an aluminum carrier rear axle. What’s more, it may come with one of the world’s first electronic trip meters, built by Suffern himself.

If you are interested in tossing your hat into the ring, you can find more information here. Though the asking price ain’t cheap, it’ll be interesting to see whether a nostalgic car with real racing pedigree can fetch that kind of coin. 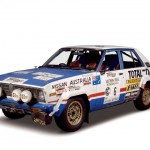 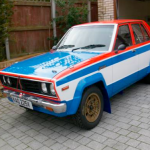 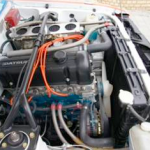 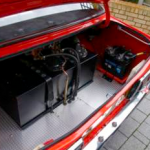 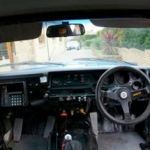