KIDNEY, ANYONE? Feast your eyes on a 94-mile Toyota Truck 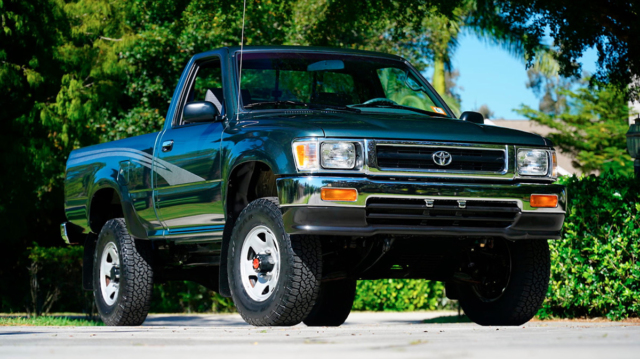 We are constantly surprised by the prevalence of not-beat-to-dust Toyota pickups at shows like Toyotafest. Almost all of those, though, are examples that belie their actual mileage thanks to caring owners who have our full admiration. Then there’s this 1993 Toyota Truck coming up for sale, which is basically brand new with a jaw-dropping 94 miles on the odometer. 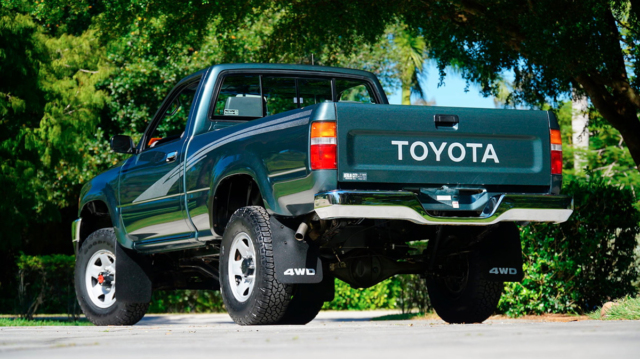 Found among the lots of the upcoming Mecum auction in Kissimmee, Florida, this time capsule Toyota does not have much of a back story. The listing is frustratingly lacking in information but the exact same truck was sold on eBay just a couple of months ago. 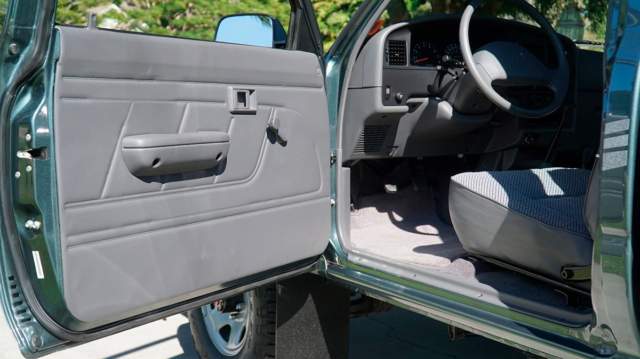 That listing did have some more information, but not much. According to that first flipper, the truck was purchased in Gorham, New Hampshire in 1993, driven home, and promptly mothballed for 28 years. The eBay seller discovered it a year prior, and put it up for auction in September 2021. 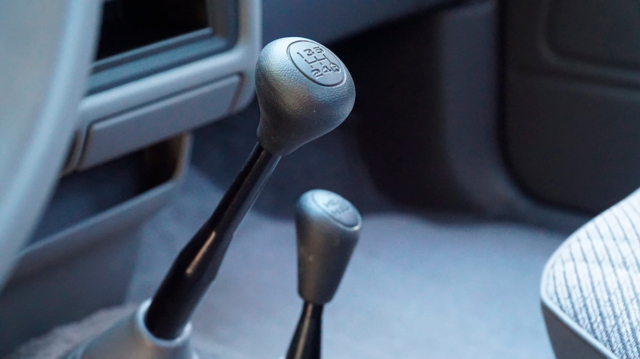 We’re very curious as to why someone would buy a truck like this and never use it. Particularly because it’s not really an investment spec example. If we were at a Toyota dealer in 1993 and asked to spec out a truck for preservation or profit, we would’ve chosen an XtraCab with the 3.0-liter V6, not a regular cab with a 2.4-liter inline-four. We can’t find fault with the 5-speed manual and 4WD options, though. 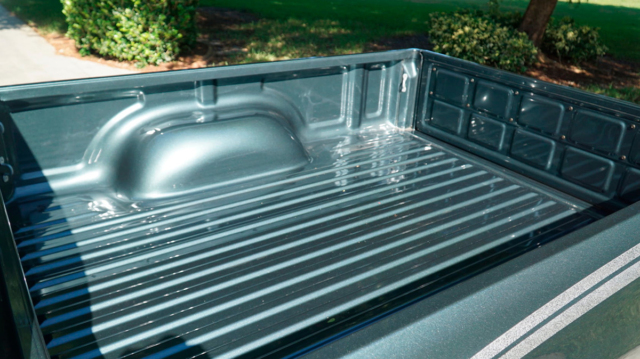 The truck wasn’t perfect. The eBay auction noted that the left side of the bed had some dents, incurred by something that fell on it during its three-decade-long slumber. It appears that whoever won that auction has since repaired that damage (and added 10 miles) before flipping it yet again. They’ve also taken some much better photos, allowing the 6J7 Forest Green Metallic paint to really shine. They’ve also neglected to show any part of the underbody, which did have some very noticeable surface rust.

A total of 41 bids ratcheted that eBay auction up to a $45,100 sale price. With the fever of a live auction event, albeit one trading mostly in muscle cars, who knows where the price will end up. 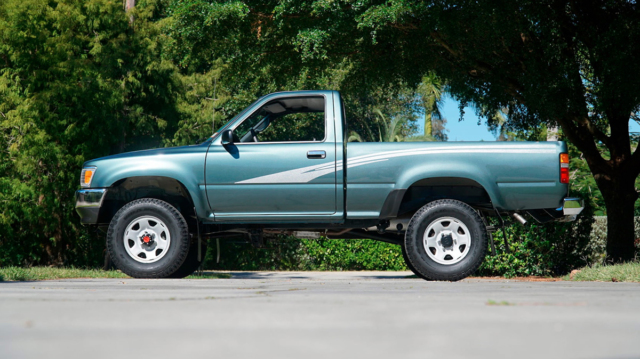 Though we are loath to feed a flipper, if you want the best preserved USDM N100 HiLux in America, it’ll be hard to find a more original example. The Mecum auction takes place Jan 6-16, 2022.

permalink.
This post is filed under: for sale and
tagged: hilux, N100, toyota.

6 Responses to KIDNEY, ANYONE? Feast your eyes on a 94-mile Toyota Truck