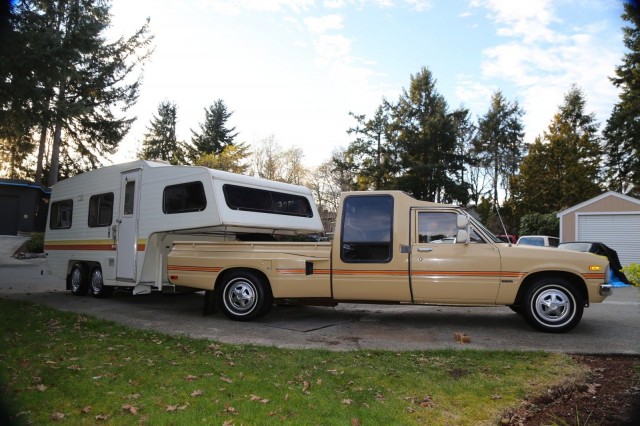 Okay, time to pack it up. It’s done, people. This is the last car you’ll ever need to buy. Sell your house, quit your job, and leave the grid in the comfort of this custom Toyota Hilux and its matching camper. 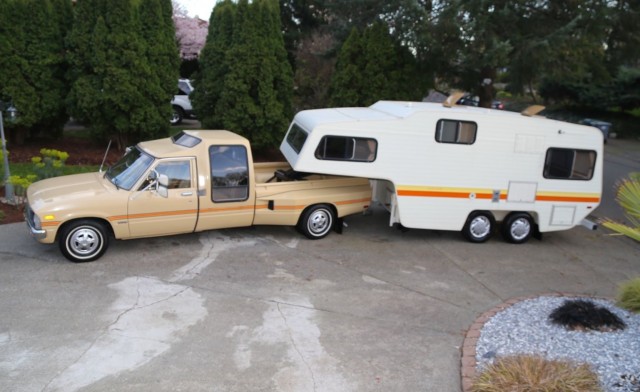 You really can’t get more 70s than this. Yes, it’s a 1981 Toyota pickup, but let’s not split hairs. Look at its colors! Look at the vista roof! Look America’s highways and byways pass by through the giant viewing windows of the extended cab! 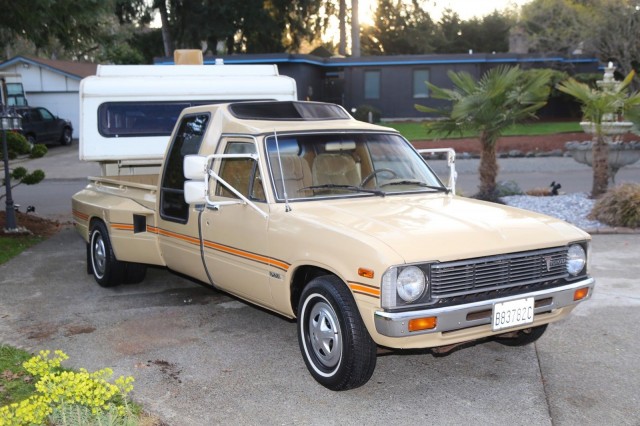 The locomotive in this train of awesomeness began life as a 2WD SR5. At some point, the cab was lengthened and its roof raised, resulting in a rear seat that is surely as spacious and luxurious as a similar era Toyota Crown. A fifth wheel trailer was added to the bed, which was expanded with box flares that would make a Group 5 Silhouette racer seethe with jealousy in order to accommodate a four-wheel dually axle. 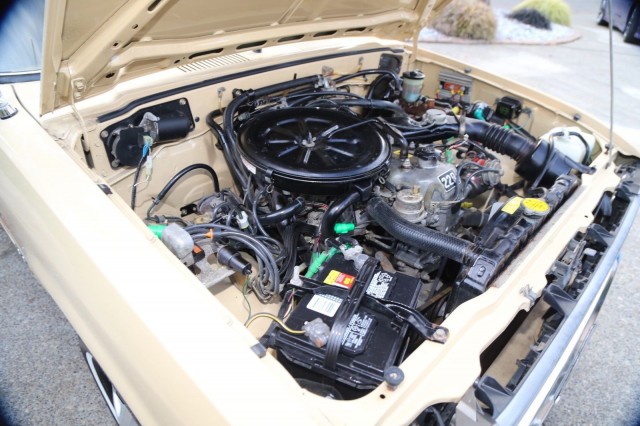 The standard issue 22R was good for 100 horsepower and 129 lb-ft of torque at the time. Since it’s an SR5, you get 5 speeds in the manual transmission. With the additional weight of the Sunrader-style camper it won’t win any races, but this is not a vehicle for the rushed life. You can rest easy too knowing that parts for the 22R can be found anywhere there are human settlements, but it’s not like you’ll need them any time soon because this particular motor has fewer than 22,000 miles on it.

It is absolutely amazing that this peace rig remains in such pristine condition. Typically these conversions didn’t exactly have Toyota factory-quality tolerances, and anything with a camper seems to spawn decay and human misery like the bubonic plague. 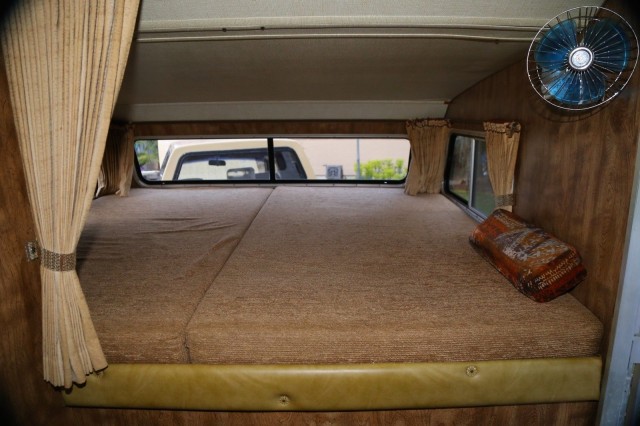 As for the camper, the listing says it sleeps four adults, has a full bathroom, and even a stove and double sink. This is the part where you’d typically break out the blacklight and maybe call a forensics specialist to make sure no one was murdered in it, but the truck is so clean we’d just wantonly cast caution to the wind. After all, anyone who can care for such a unique vehicle can’t be evil, can they? 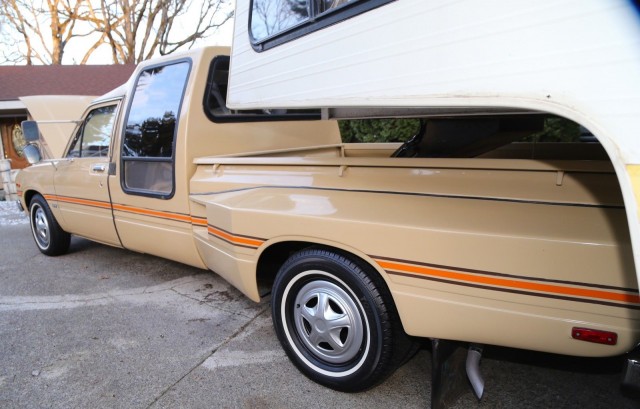 The auction is up to $16,850 with 72 bids at the time of this writing, and the reserve has not been met. You have three days and 10 hours left to decide whether you want to trade the cubicle in for ultimate freedom. They say you can live in your car, but you can’t drive your house. Well, that proposition just got a lot easier with this thing. See more photos and the full auction on eBay

Thanks to The Black CRX for the tip!

permalink.
This post is filed under: for sale and
tagged: camper, hilux, kidney anyone, pickup, toyota.

7 Responses to KIDNEY, ANYONE? Custom Toyota Hilux Dually with fifth wheel and camper