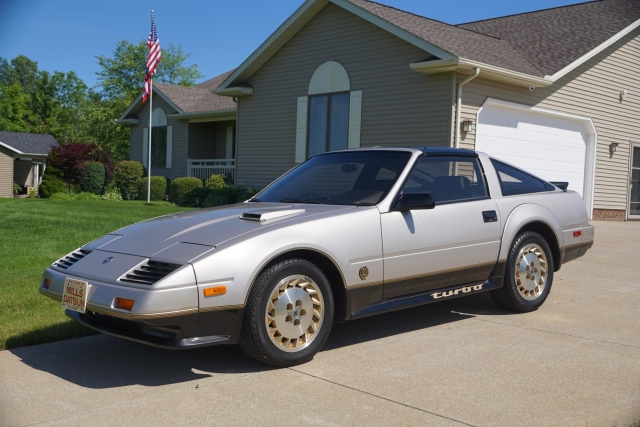 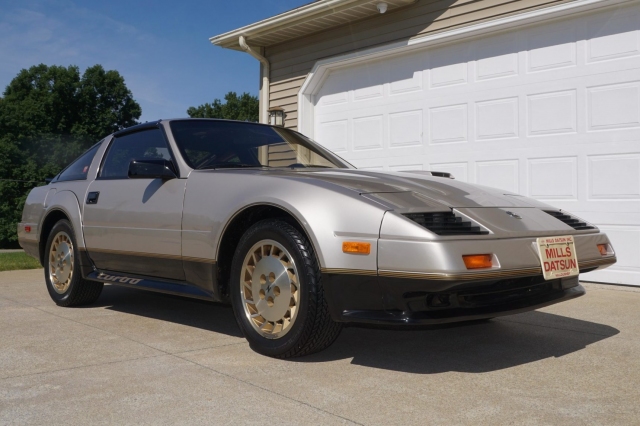 The car in question actually does exist and is currently for sale at Bring a Trailer. The car still isn’t anywhere near broken in with only 660 miles on the odometer and in entirely original condition. However, its check-all-the-boxes option list also means it’s saddled with an automatic transmission, and the un-messed-with condition means that an act of key-borne vandalism was never repaired. 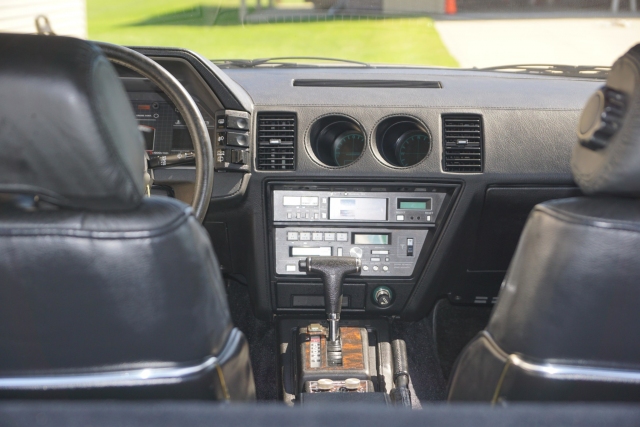 The story of how it ended up with such low miles seems a bit sad, it was purchased new, but within a few months was keyed. After the incident, the owner parked it in climate controlled storage until he passed away and the car was transferred to his brother, who is now selling it. 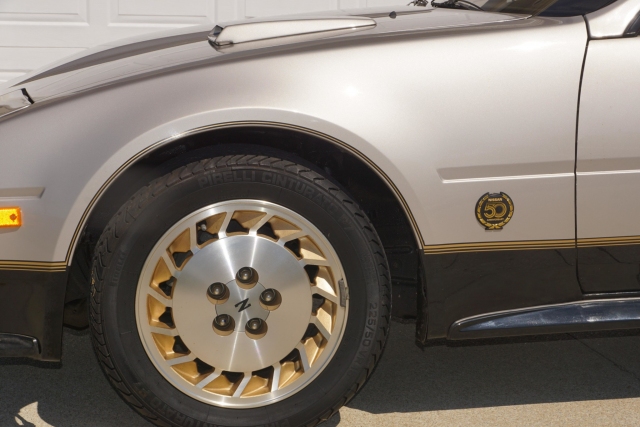 The result of that unfortunate story is a car that is remarkably well preserved, the ultimate Nissan that you could buy in 1984. It’s peak Radwood and a perfect 80s time capsule, 100 percent period correct, all the way down to its Pirelli Cinturato P7 tires (which should absolutely be replaced immediately). Luckily, they’re still in production because Pirelli desperately needs to update its all season tire catalog, but who are we to complain. 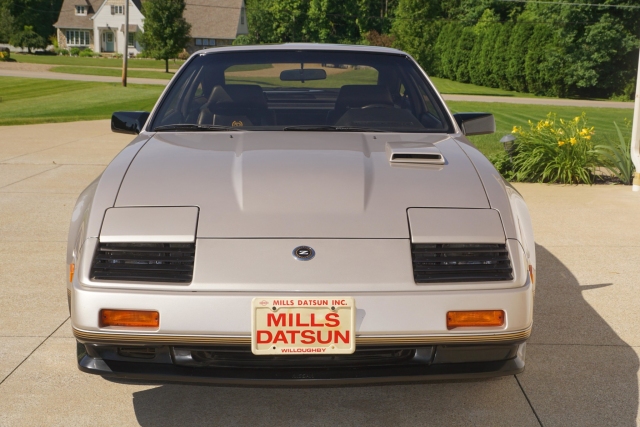 As mentioned, the original buyer optioned the car out with every spec possible, including its awesome dealer-installed aftermarket headlight louvers, digital dashboard, and active suspension. The coolest bit is the 80-watt Bodysonic sound system that vibrates the seat with the beat of the music being played in the car. 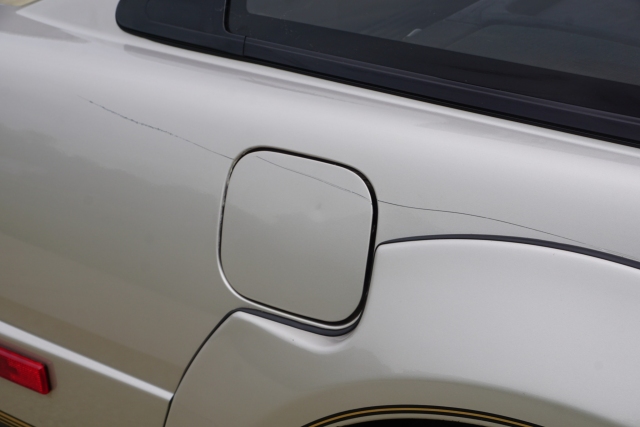 Unfortunately, we do have to talk about some of the car’s detriments. The key mark in question is quite apparent and there looks to also be a dent in the fuel door. 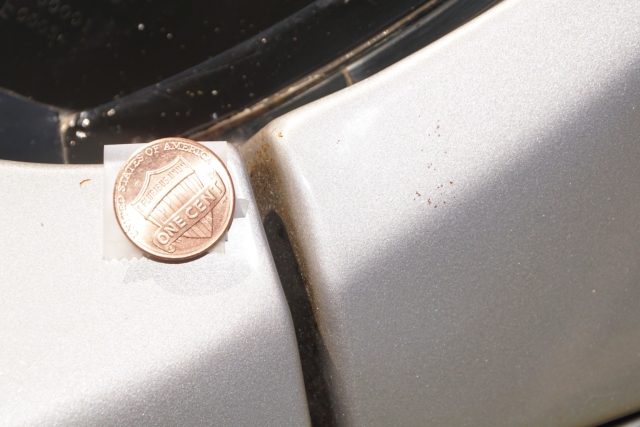 There is also some rust which we would have not noticed at first glance but it is a sign of paint failure that should be addressed before it becomes more serious. This is located at the bottom of the A-pillar on the car. 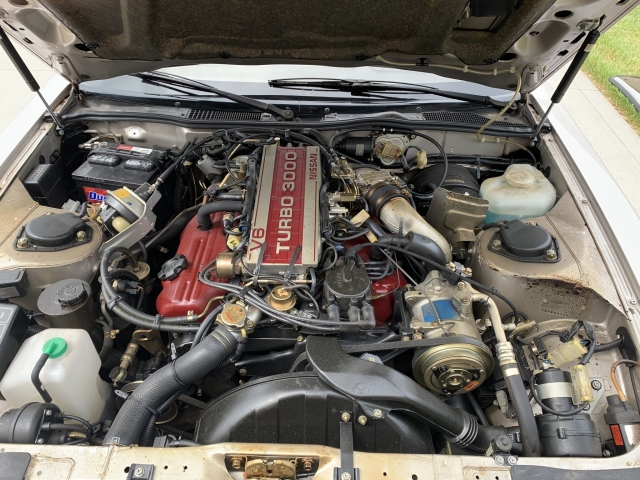 That automatic is still mated to a VG30ET engine pumping out 200 horsepower in perfect working condition, according to the seller. The yellow tint on everything under the hood is from the rust-proofing put on cars during shipping. Also worth noting is that all of the yellow zinc pieces are still flawless. The car is so original, it even has an R12-filled AC system. The interior also looks just as good as you would expect having less than 1000 miles of use. 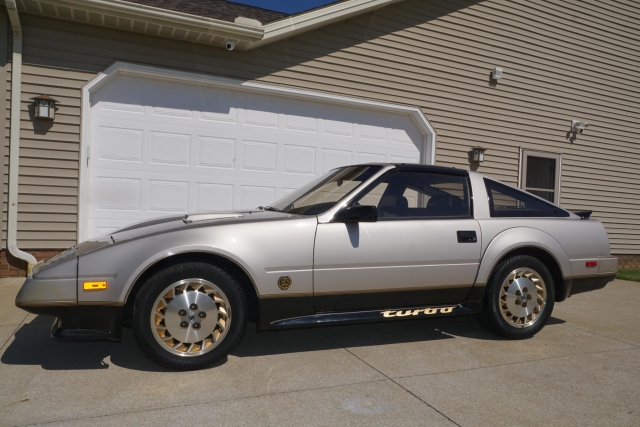 While the story of the owner’s life events keeping him from fuly enjoying his beautiful 300ZX is a sad one, it’s created quite the piece of history. This is likely the lowest mileage Z31 we will ever see, and it deserves to go to a good home. If you are interested in bidding on this Z31 you can find the auction on Bring-a-Trailer. The auction ends at Wednesday, July 17 at 1:55pm. Good luck on bidding and if you win the car, be sure to let us know.

permalink.
This post is filed under: for sale, Uncategorized and
tagged: 300zx, kidney anyone, nissan, z31.