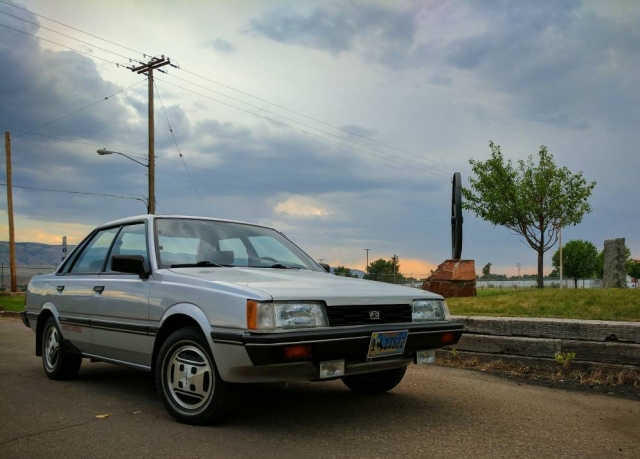 We at JNC often pass each other cars we’d like to buy, so when Ryan messaged me, “Ben! Give me your kidneys now!” with a link to a 1985 Subaru GL-10 4WD sedan on Craigslist Wyoming (apparently, there is only one domain for the entire state), I clicked immediately. What opened was one of the cleanest top-of-the-line, fully optioned, box-era Subarus I’ve seen in decades. 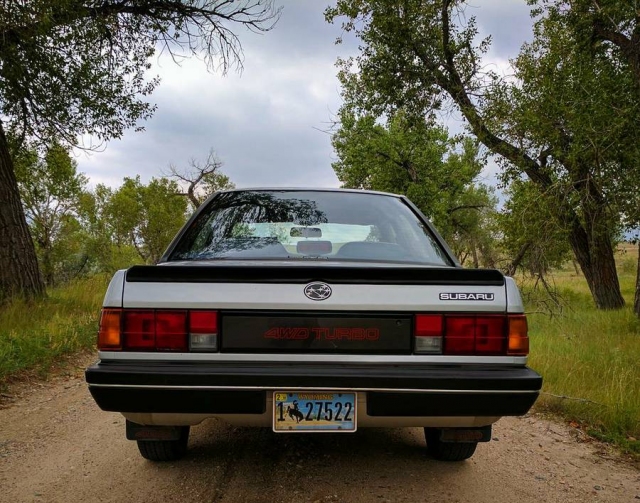 We’ve covered the many charms of the third-generation Leone both as featured cars and other kidney cars. It was Fuji Heavy Industries’ attempt to go fully modern with its star sedan and wagon platform, ditching the quirky styling of earlier models for full-on 1980s nothing-but-right-angles design. The GL-10 runs deep in the JNC family as well, as Ryan owns a shakotan’ed GL-10 wagon, and a turbo GL-10 sedan was the first car I ever drove. 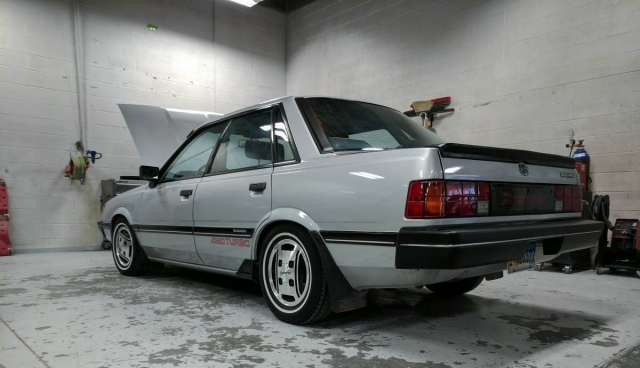 That’s not the only reason we have a soft spot for the GL-10. Just look at those straight lines. Aside from the wheel arches, there’s not a curve to be found. It even looks like Subaru’s designers attempted to make the wheels square as well, and ended up with an undeniably 80s “8-track” pattern. 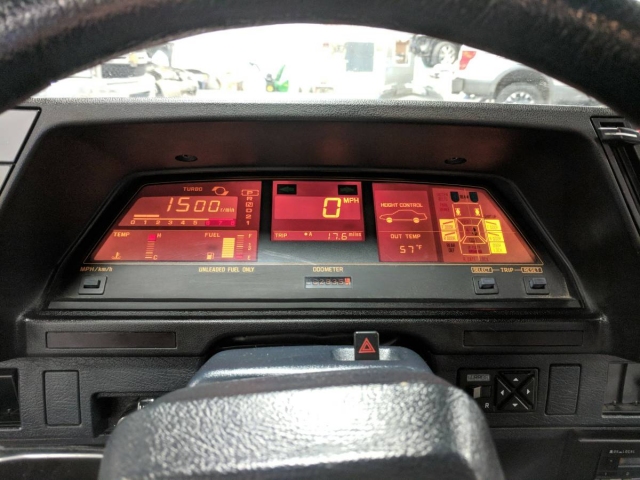 The GL-10 wore a few digital dash designs, but this one is undoubtedly the funkiest. For one, the tach is a digital readout with the actual rpm number. Note the “Height Control” display, too, as this car is equipped with the very rare electro-pneumatic adjustable ride height suspension option, which, from the photos, looks like it’s still functional. There’s also information on which of your four doors are open, a trunk lock indicator, and external temperature — pretty advanced for 1985. 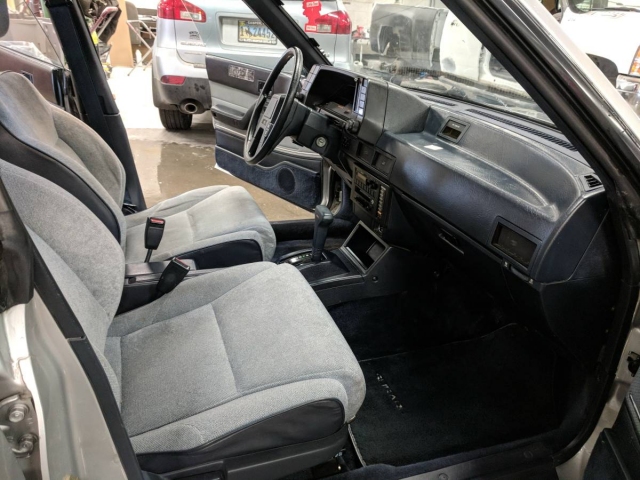 The interior looks decent as well, nothing a good cleaning wouldn’t resolve. Oddly, the only real curve on the car is in the dash as it sweeps around on the passenger side. The array of silver buttons on the center console is a fancy trip computer that tells you not only distance traveled, but average speed, range, and arrival time — things that are only became standard on contemporary cars in this decade. It also had a built-in clock alarm. Yes, it’s a 3-speed autotragic, but manual 4WD models were not offered until 1988. 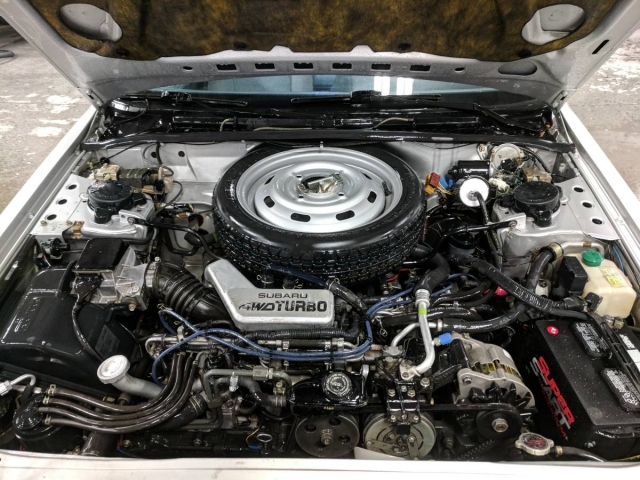 The non-intercooled turbo EA82 boxer makes 111 horsepower and 134 pound-feet of torque. The engine bay could give a Z32 twin-turbo a run for the money in terms of congestion, though. Subaru says putting the spare tire on top of the engine was a deliberate choice to add weight above the steered wheels for increased grip. 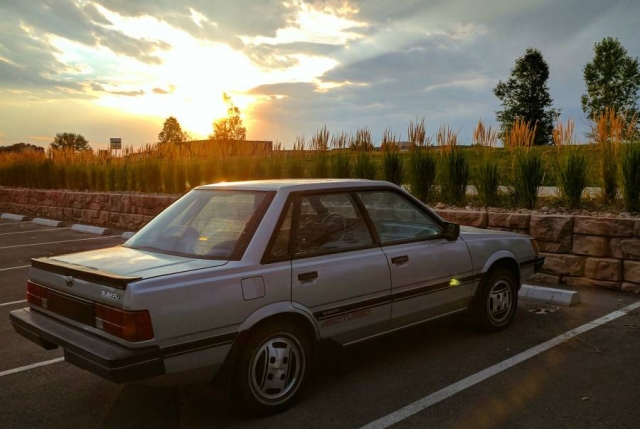 While we don’t have production numbers, our own observations indicate that GL-10 4WD sedans are rarer than their wagon counterparts. Think of this an an early predecessor to the 1998 Subaru SUS (Sport Utility Sedan). With just 62,835 miles on the odometer and an asking price of $3,500, it seems like a bargain for this much 1980s Subaru weirdness. Of course, buyers are advised to check for rust, as Subarus of this vintage are prone to oxidation. See the full ad on Craigslist Wyoming.

permalink.
This post is filed under: Uncategorized and
tagged: GL-10, kidney anyone, leone, subaru.