KIDNEY ANYONE? First Mitsubishi Lancer Evo I legally imported to the US 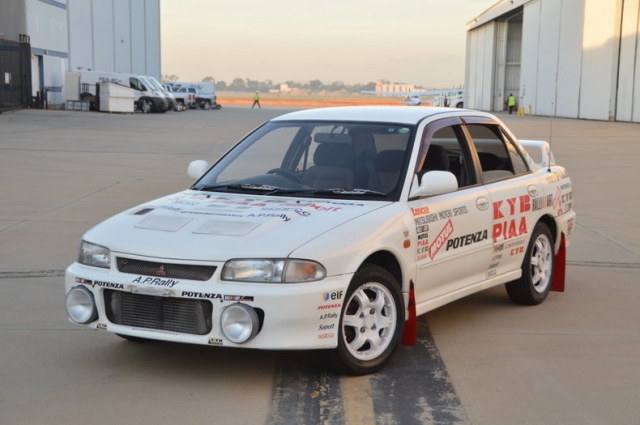 Hot on the heels of the first Mitsubishi Lancer Evolution officially joining the 25 Year Club, a rally tribute 1993 Evo I, nicknamed Stickers, is now stateside and ready for a new home. It is likely the first LanEvo imported to America, having arrived just before the car turned 25, according to Brian Jannusch of Top Rank/International Vehicle Importers. 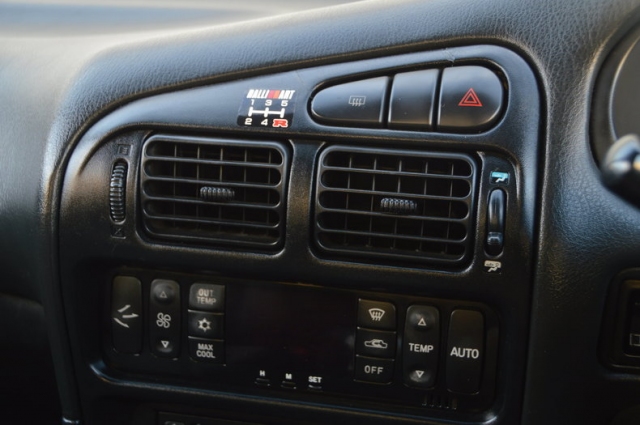 The car is of the top GSR trim level, which comes with basic features commonly fund on a street car of the time. While it’s not the more hardcore RS, we can excuse that because it’s little conveniences will make regular ownership so much more enjoyable. It even has some luxuries, such as a digital climate control interface. 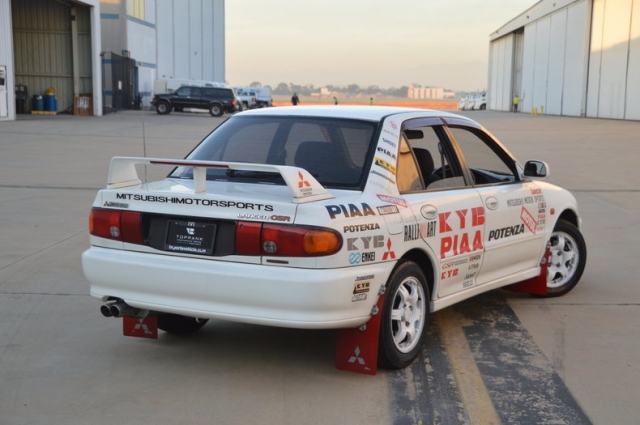 The vehicle has 135,000 miles on it and has undergone an extensive service, including replacement of worn items such as tie rods. Despite looking like a rally car, there appears to have been no history of this particular car being raced and is mechanically stock, save for the addition of strut bars. 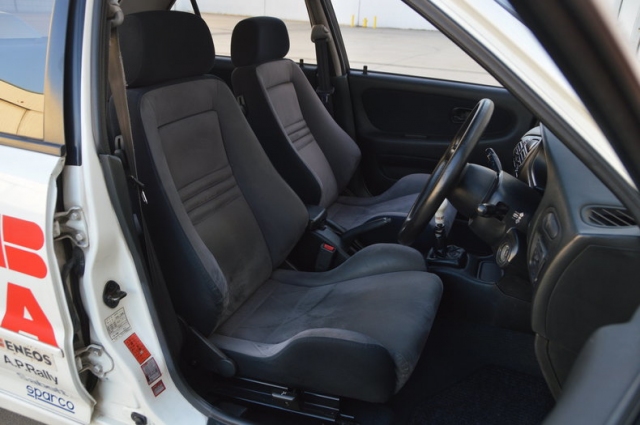 Short of some scuffs, paint fade, and chips, the car is in pretty good condition on the outside, especially for its mileage. That is, of course, if you’re okay with more stickers than a Suzuki Alto Works. The inside is clean, some wear on the driver’s seat can be seen but it is by no means in need of replacement. 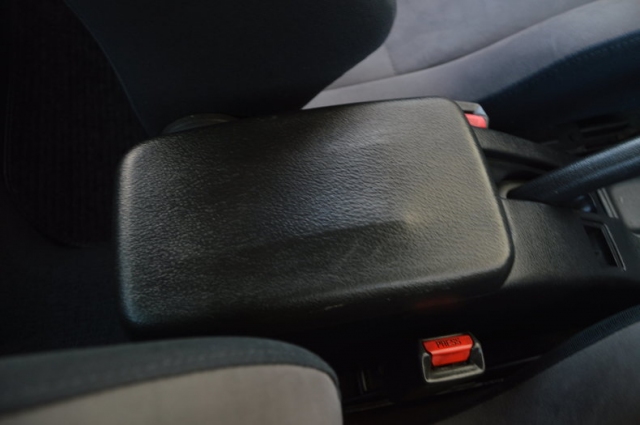 The center arm rest is showing some wear too but it is entirely functional. Items that would need to be addressed would include reupholstering the back seat, which has a sizable rip on the passenger side, and the driver’s sun visor, which is well worn. IVI does consider such aesthetic issues when they price their cars for sale. 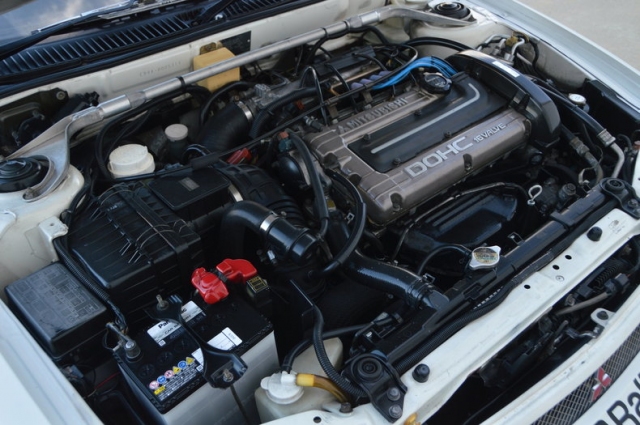 Under the hood sits an earlier 4G63, which appears to be in fantastic condition and completely unmodified. One of the more desirable features of the early Evolutions is the similarity of their 4G63s to the Eclipse 4G63s we received stateside, making this one of the easiest Japanese market cars to procure replacement parts for. 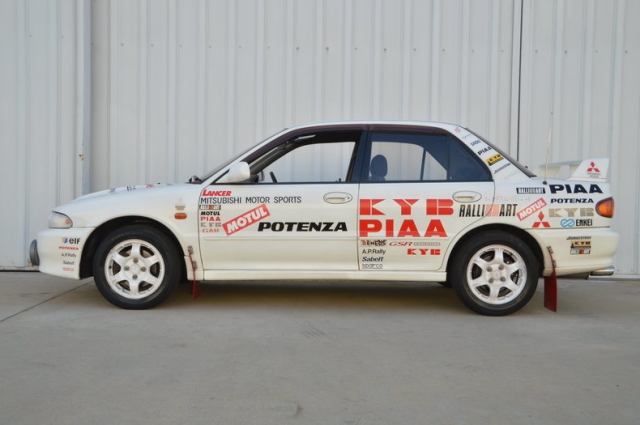 The original Lancer Evolution is amoung the rarest of the LanEvos around. Later iterations were made to be sold en masse, while this car was solely created to satisfy homologation requirements. Of those sold, many were put into privateer motorsport use and driven hard, so finding a survivor of any sort is a special treat indeed. 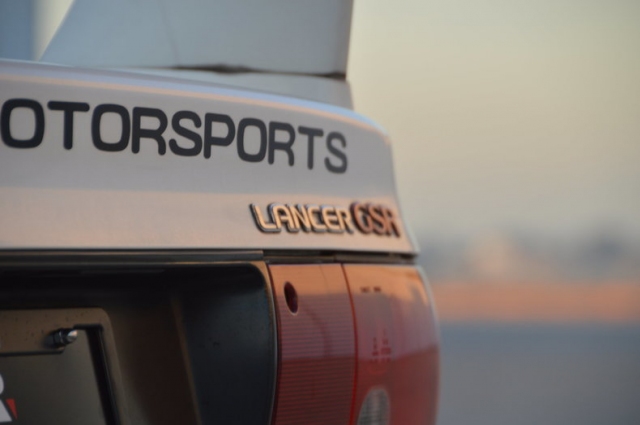 The car is available for sale at International Vehicle Importers. Although IVI does vet their cars prior to importing them, this is still a 25 year old Mitsubishi and any potential buyer should take a careful look at the car prior to purchasing.

permalink.
This post is filed under: for sale and
tagged: kidney anyone, lancer evolution, mitsubishi.

5 Responses to KIDNEY ANYONE? First Mitsubishi Lancer Evo I legally imported to the US