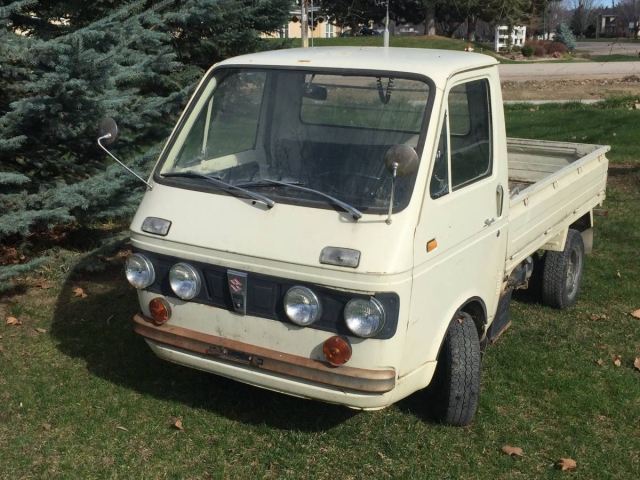 Generally speaking, here at Japanese Nostalgic Car we don’t feature JDM cars when we do Kidney Car posts because we would end up copy-pasting half of goo-net-exchange weekly. That being said, this is a very special car in that most Suzuki Carry examples in America were imported RHD models. This one, however, is a left hand drive example sold in America before there was a minimum wheelbase requirement. America sure was a great place before Ralph Nader ruined everything. 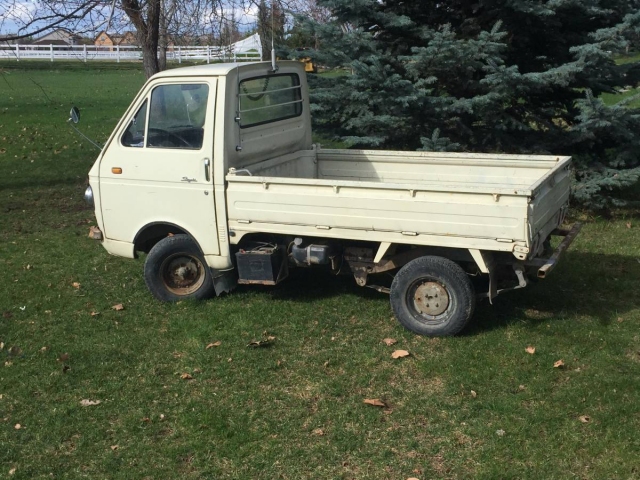 Even if it was a JDM model, the L40 Carry was a pretty cool generation in of itself. If the bodywork looks especially aesthetically pleasing, you wouldn’t be wrong because it was actually designed by Giorgetto Giugiaro. Ironically enough, it didn’t go over well at time of release in Japan because it was considered too modern for a lot of kei jidosha buyers. Apparently anything short of a refrigerator box was too crazy. 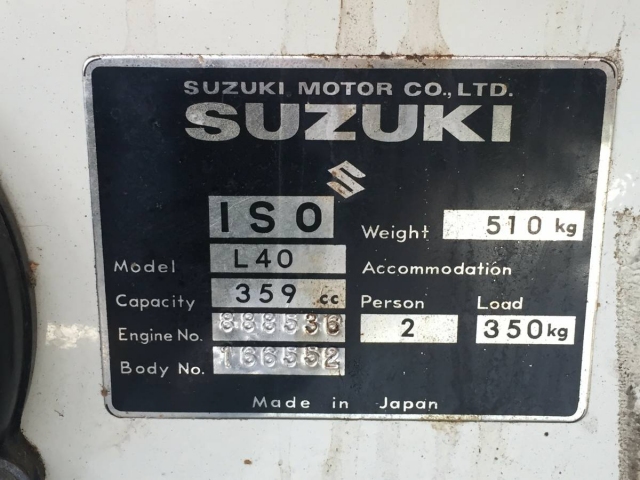 This was also the last full generation of Suzuki Carry before Japan switched to the 550cc Kei Jidosha class. Despite the diminutive 360cc engine, the motor was relatively powerful and it had a 59 mph top speed. So, yes, it could used for extremely sketchy drives down the freeway if need be. 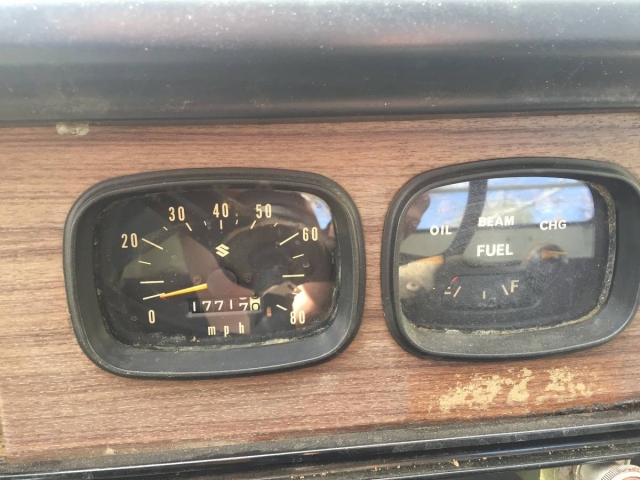 The vehicle was imported for use at Disneyland, according to the owner. That would fit into the general trend of most kei trucks being imported for off road use, so there could be some truth to that. More recently, this particular truck has spent at least the last year parked in Idaho. The seller states that it ran when parked and has been maintained using NOS parts so those are both good signs for the life this vehicle has left in it. If the owner is correct in that it was used at Disneyland, it would be believable that it shows the original mileage of 17,000 and change. 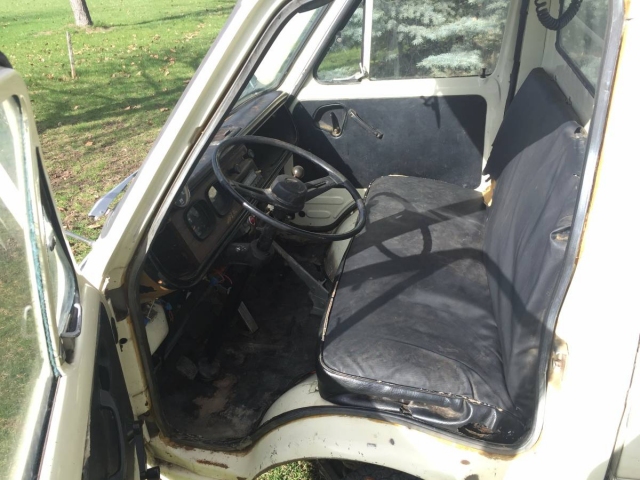 Looking inside, the wear and tear seems pretty well controlled given it’s age, most importantly the dashboard looks clean. Given the difficulty of finding an uncracked dashboard for a more common car like S30 or TE27, finding one for this would be next to impossible. As for the rest of the interior, it appears everything else can be sourced from another L40 Carry if need be. 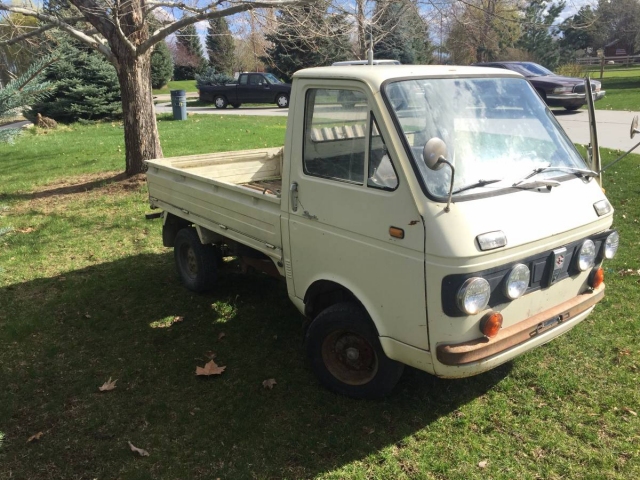 While this might not be the best example in the world of an L40 Carry, it wins our hearts with its LHD rarity factor. Until now, I can’t recall having ever seen a LHD Suzuki Carry of any generation sold in America. It is seemingly complete and is very close to the more common RHD Carry pickups, so it could be a great candidate for restoration. With a little work, this pickup could be a great little truck and probably take home some trophies at events like JCCS. We hope it can find a good home with a Suzuki enthusiast and doesn’t end up being beaten to death on some farm. If you’re interested in the truck, here is a link to the Boise, Idaho Craigslist post.

permalink.
This post is filed under: for sale and
tagged: carry, kidney anyone, suzuki.