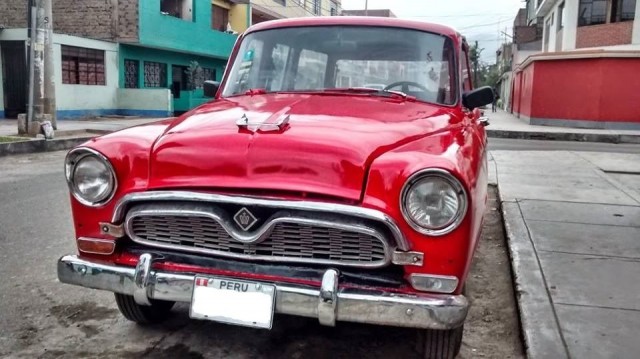 The S30 Toyota Crown Station Wagon is so rare, Toyota USA doesn’t even have one in their museum. They have two Toyopet Crown sedans, which are already exceedingly rare in the States. Wagons? They make 2000GTs seem as common as Camrys. Now comes only the second one we’ve seen for sale since JNC started in 2006, and the first that’s not covered in more surface rust than a rat rod meet. The only catch? It’s in Lima, Peru.

Neither sedan nor wagon sold very well in the US, due to truckish mechanicals better suited for congested 1950s Japan than Don Draper’s interstate-laden America. Still, they are significant for being the first Toyotas — in fact, the first Japanese cars, period — to be officially sold in America.

Around the same time Toyota entered the South American market, where road conditions there were arguably a better fit for the Crown. In fact, they offered an additional body style there, a unibody ute/pickup that the US got in very small numbers, possibly in the single digits. 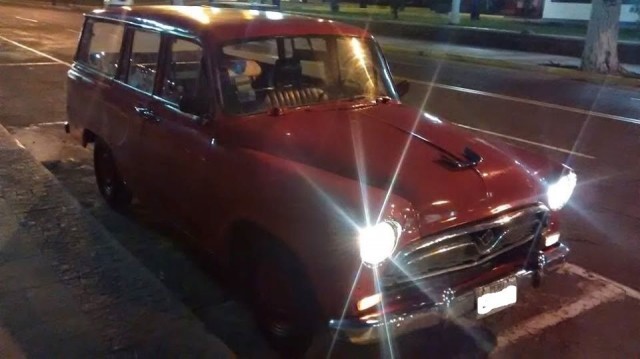 Amazingly, this example appears to be in running order and driven regularly. The seller says the plates are current. The engine, however, is not shown, leading us to wonder if the original R-series motor still lurks under the sculpted hood. For what it’s worth, the listing says the mileage is at 425,708. 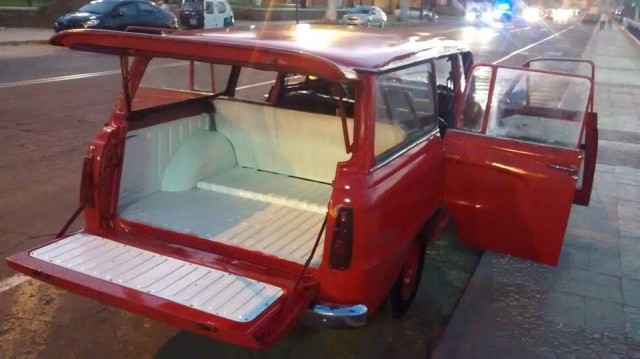 What can be seen of the interior, the cargo hold, does not have its original upholstery. That would count against any other car, but for something this rare, it can be overlooked. It is priced at $9,500 with a Buy It Now, shipping not included. View the auction here on eBay

permalink.
This post is filed under: for sale and
tagged: crown, kidney anyone, toyopet, toyota.