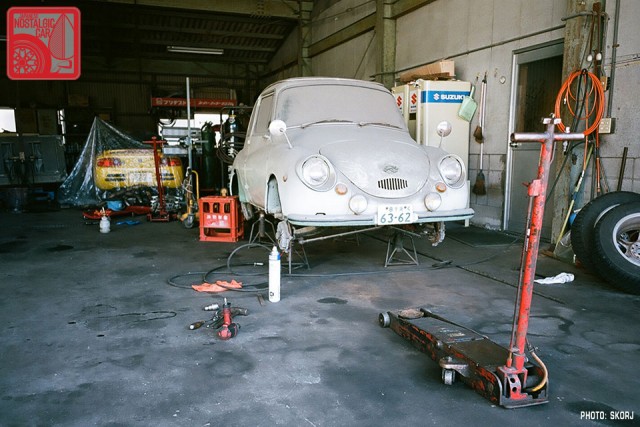 For a number of years we’ve passed a lone Subaru 360 perched atop a rack built from scaffold over a similar-age Sambar truck. I kept thinking, “I must stop and photograph it before it disappears.” Like a Honda S500 no longer to be found in a similar garage a bit further up the Boso coast, it wasn’t going to stay there forever. 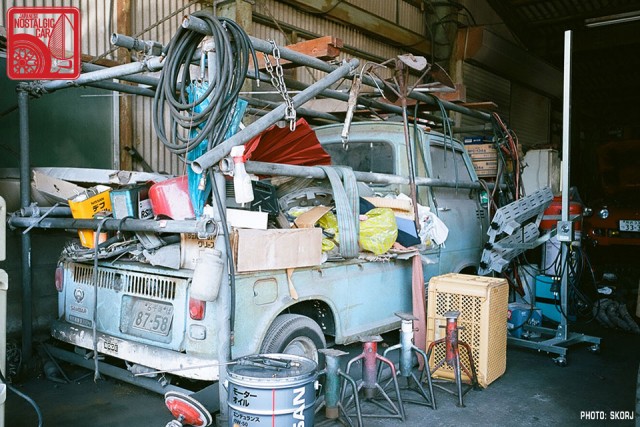 This last week though, the owner had removed it from its precarious Sambar perch and was preparing to undertake some work on the brakes, we assumed with a view to putting it back on the road. Like its Subaru truck sister, it is largely complete, and apart from the covering of many years’ worth of dust, looks like it requires little work. 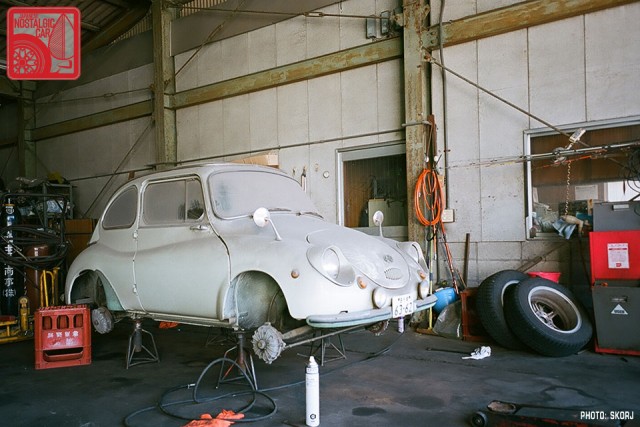 The garage-mate of a GT-Four Celica and Honda Beat, we are not quite sure what fascinated us the most — the slight nature of the brake drums and and wheel center combination, or the spindly build of the jack stands. I suppose when a 360 has a mass of just over 400kg, you hardly need a massive anything.

On our return, we hope to see it running, and the Sambar perhaps too being similarly prepared. 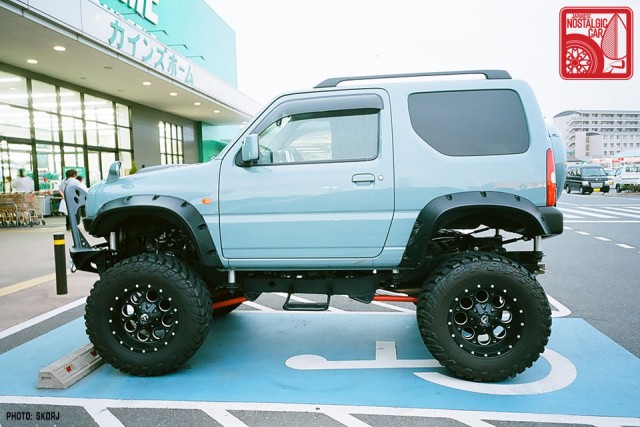 The purpose of the outing, though, was a run to the local Cainz Home store, where a heavily outfitted Suzuki Jimny parked in a handicapped zone proved that kei trucks need not be timid.

Followed by some sightseeing with visitors from out of town, we ended up with a Buddha in the mist. Incidentally, Mount Nokogiri is where the Top Gear Nissan GT-R vs Bullet Train race across Japan finished in Chiba. Fore more on the Boso Peninsula, it in Grand Touring Part 01 and Part 02.