This August will mark the 70th anniversary of the atomic bombings of Hiroshima and Nagasaki. To keep alive memories and legacies of the survivors, NHK (Japan Broadcasting Corporation) will broadcast a series of television specials. Three shows are of particular interest to JNCers, especially Mazdafarians. 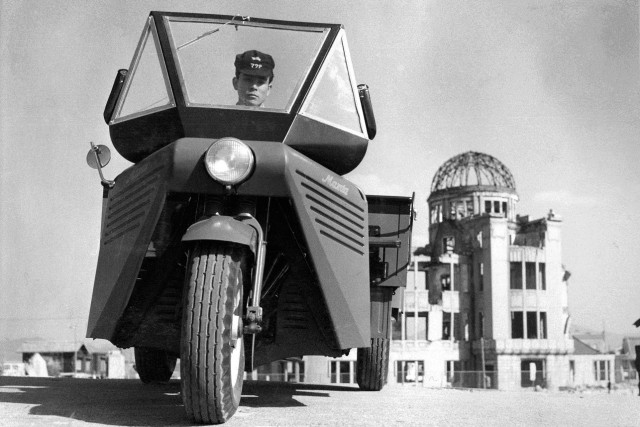 On February 13th, Run, Three-Wheeled Truck will be shown. This docu-drama chronicles the people involved in Hiroshima’s reconstruction, including history of the Matsuda family and the founding of Toyo Kogyo (which became Mazda). Of note, it tells the development story of the Mazdago three-wheeled truck.

On February 14th, Project X Challenger – 47 Samurai will be shown. First broadcasted in 2000, it chronicles the history of Mazda’s rotary engine development. You can watch it in the video above.

Lastly, an episode of Style of Professional Work shadowing Mitsuo Hitomi, Mazda’s top powertrain engineer, will be shown on February 15th. It provides an insider’s look at development of Mazda’s latest SKYACTIV engines. For more details see the programs’ website, or keep an eye out at NHK’s YouTube channels.