Japan’s motorsports history unfolds at Suzuka Circuit in the 1960s 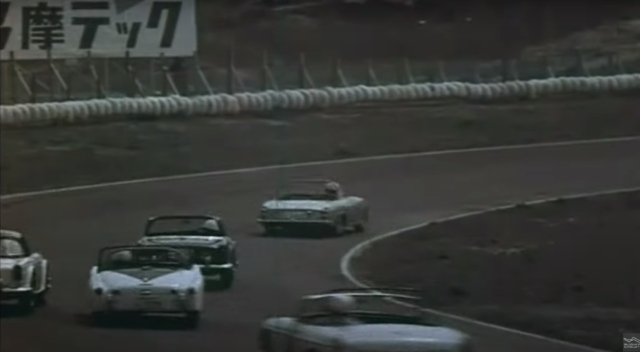 This year marks the 60th anniversary of Suzuka Circuit. Japan’s first full-scale race track. It was the brain child of Soichiro Honda, who so fervently believed in racing as a means to improve his motorcycles and cars, he carved out an entire mountainside to give Japan a motorsports venue.

As it happens, Suzuka Circuit has just released a pair of videos, covering the first motorcycle race and the first automobile race to be held there. Both were groundbreaking as the major events of their kind in Japan.

The first All-Japan Road Racing Championships, held in November 3, 1962, was the opening event for the newly finished Suzuka Circuit. Soichiro Honda had gotten a taste of victory’s thrill when it became the first Japanese company to win an international motorcycle championship at the 1959 Isle of Man TT. It’s no coincidence that Honda-san began his quest for a race track on his home soil that year.

Motorsports was still culturally very new to Japan, but the event attracted professional and amateur riders alike. To establish regulations, organizers simply imported the Isle of Man TT’s rulebook and adapted it for Suzuka with a council of Japan’s motorcycle manufacturers. 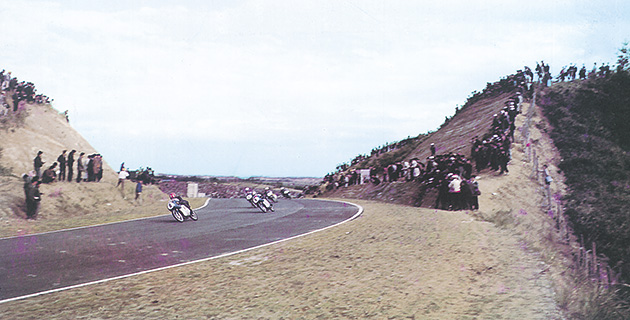 Suzuka expected 100,000 spectators on each of the event’s two days. Instead, 270,000 people came out to witness the first major road race in Japan. No one expected a torrential rainstorm, however. Buses got stuck in rutted dirt paths, men and women in suits and dresses were covered in mud. According to Honda historians, the local shops completely sold out of socks and underwear.

Fearless riders were undeterred, though, and the races generated plenty of excitement. Classes were split into 50cc, 125cc, 250cc, and 350cc engine sizes, each with a Novice and Senior race. Notably, Ernst Degner fell on Turn 8, marking the first-ever crash at Suzuka. To this day, it’s known as the Degner Curve.

By day two the weather had cleared, giving attendees a rousing battle to remember. An interesting tidbit: The winner of the Novice 350cc class was none other than Yoshimi Katayama.

The second video chronicles the events of May 3-4, 1963 and the first Japan Grand Prix. This was the first major automobile race in Japan, not to mention the first on a paved course. Once again, the races were split up into several classes for a variety of engine sizes and car types.

In the C-I class, the field consisted of a bunch of Subaru 360s, Mazda R360s, and Suzuki Frontes, Meanwhile, the C-IV class consisted almost entirely of Volkswagen Beetles. Perhaps the most notable win was by Genichiro Tahara, who piloted the No.39 Nissan Fairlady SP310 roadster to a victory over more established marques like Triumph, MG, and Prince in the B-II class. Other drivers protested the Fairlady as having been modified, but Nissan stated that it was in fact a U.S. export model, so judges let the victory stand.

Nissan used the victory heavily in subsequent advertising. Similarly, Toyota got a lot of publicity for the Publica, with a dramatic photo of three of them crossing under the checkered flag in a photo finish.

While the racing footage is great, video surrounding the event is just as interesting. It gives a glimpse of what life was like in Japan at the time: Newly constructed expressways, a parking lot filled with Mazda Carols and Isuzu Bellels, families enjoying the amusement park rides in Suzuka’s entertainment complex. Balloons and firecrackers were set off before the first race to mark the festivities.

It’s impossible to overstate how new these sights and sounds were to attendees. Approximately 200,000 people attended that weekend, getting their first experience with auto racing. There’s good reason this moment has been called the dawn of motorsports in Japan, and it’s all thanks to Suzuka Circuit – and Soichiro Honda’s vision.