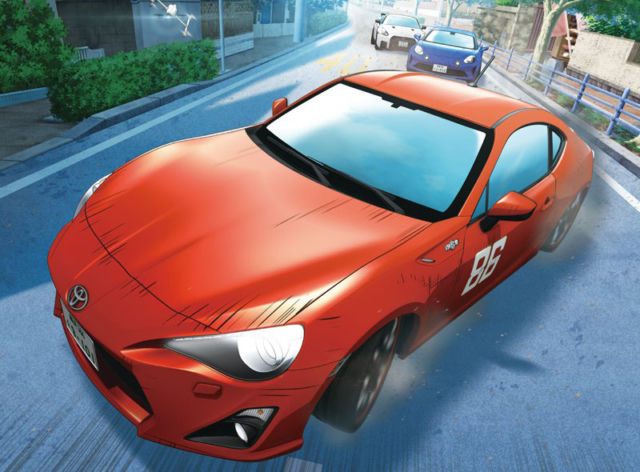 Turn up the Eurobeat. Successor to the beloved Initial D, Shuichi Shigeno’s MF Ghost has been in publication since 2017. With four years of weekly stories under its belt, publisher Kodansha announced today that, like its forebearer, MF Ghost would be adapted into an anime.

MF Ghost takes place in the 2020s, though exactly which year isn’t specified. Autonomous cars have largely taken over, and this world the race series known as MFG is one of the last refuges for human-driven cars. The setting is quite a contrast from Initial D, where the racing took place in illicit nighttime touge clashes and served as a showcase of domestic cars like the Lancer Evolution and Mazda RX-7. MF Ghost takes a more international approach. There racing is in a league that includes foreign drivers, and are few entrants are from domestic makes. 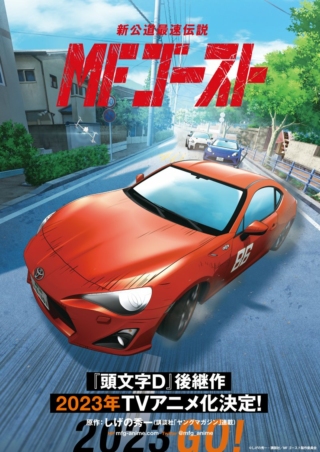 Porsche, BMW, Alfa Romeo, and Lamborghini comprise just some ofthe competitors. At the beginning, only a Honda Civic Type R, Nissan GT-R, and Lexus LC 500 race in MFG. However our protagonist, a half-Japanese, half-British protégé by the name of Kanata Livington, joins the fray with a Toyota 86. Some traditions have to be kept, right?

For fans of MF Ghost, the anime will be a chance to see the the cars in action with state-of-the-art animation and sound design. According to producers at Avex, which brought Initial D to life, engine and exhaust notes were recorded from the actual cars to create the sound effects in the anime. You can see (and hear) in the trailer above that the sound is indeed pretty accurate, especially the engine start of Kanata’s 86.

It’ll be exciting to have an automotive anime to look forward to again. The bad news is, the MF Ghost anime won’t debut until sometime in 2023. If you’re wondering whether MF Ghost is something you’d be interested in viewing, we delved a bit into the premise of MF Ghost back when it debuted. Until then, we’re sure the resourceful among you can find a way to read the translated manga.