In its 26th year, Toyotafest is still going strong — a brief history of TORC, the Toyota Owners and Restorers Club 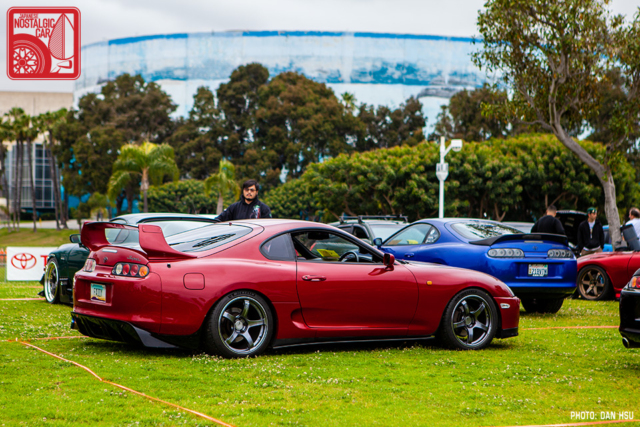 We’ve been attending Toyotafest every year since JNC started in 2006, and it’s consistently one of our favorite events. Last year was the 25th Toyotafest, which means the show itself is now old enough to wear historic plates, buy collector car insurance, and (if it were JDM) could be imported in the US. Not only that, but Toyotafest is the second-oldest continuously running Japanese car show in the US (Z-Con is the first), and the oldest continuously running Toyota show in the world. We thought this would be a good time to speak with some of the original members of TORC, the Toyota Owners and Restorers Club, about how the show got started. 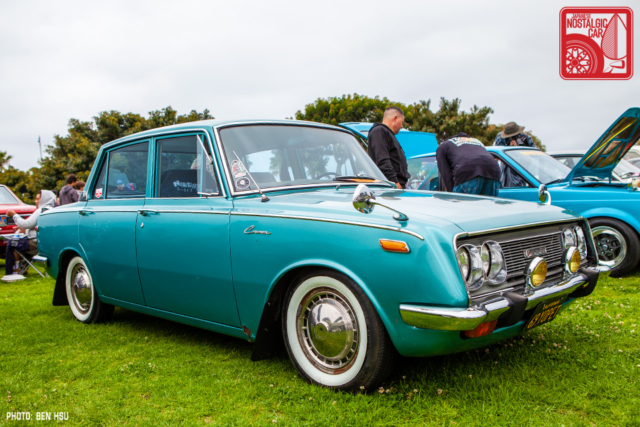 TORC, and Toyotafest, were founded in 1995 by Stuart Resor, who lived in Carlsbad, Calif. But wait, if the first Toyotafest was held in 1995, shouldn’t the 2022 show be the 27th? Unfortunately, Toyotafest had to take a year off in 2020 due to the COVID-19 pandemic so it skipped a year. Anyway, Resor had bought an RT43 Corona to restore with his daughter, much like the car pictured above from the 2022 show.

At the time, the idea of collecting or restoring a Japanese car was almost nonexistent. The internet as a public tool was in its infancy, and few people outside of governments and universities had access to it. So Resor started TORC as a way for enthusiasts to help each other restore their Toyotas. 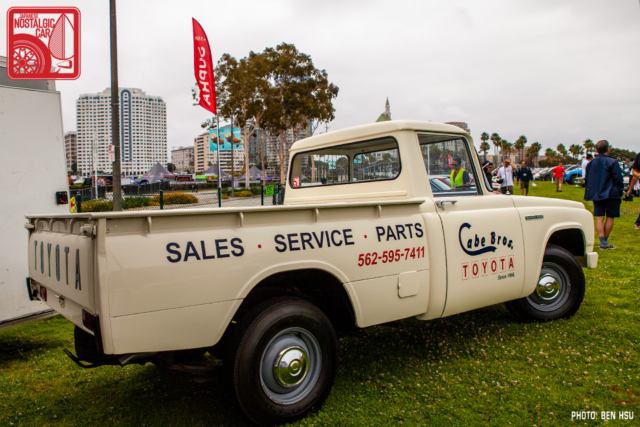 Resor soon recruited a fellow Corona owner who worked at Cabe Toyota of Long Beach, Calif. As long-time readers know, Cabe has been supporting the show since the beginning, and has one of the best parts counters in the business, using their knowledge and resources to help owners track down old Toyota parts. That brought several Cabe employees on board including Mike Bingham, the current President of TORC.

The first Toyotafest was held at Moonlight State Beach in Encinitas, Calif. According to Bingham, only about a dozen cars attended that show. It was more like a gathering of friends and family, a theme that would continue into today’s Toyotafest, which brings an average of 400 cars and several thousand people annually. TORC also published a newsletter (remember, no internet) that helped members with technical articles and sourcing hard-to-find parts.

Resor was into other types of cars, like Woodie wagons, and eventually moved on. Bingham had some contacts at the Queen Mary, a retired ocean liner docked in Long Beach, Calif. that had been converted to a museum and hotel, and worked out a deal to let TORC use their parking lot for the show. It was 1998, and by then the show had grown to about 20 to 30 cars.

TORC was founded with the pre-1985 cars in bone-stock condition in mind. But for the show to expand, they needed to cast a wider net. Bingham had grown up around hot rods and was familiar with classic car events from that world. “Why can’t we do something like the Chevy and Ford guys do?” he thought.

Joji Luz of ToyGarage had joined the year prior, and was tasked with bringing in modified cars. “At first, I didn’t know if they’d be accepted,” recalled Luz, who served as president before Binhgam, but the modified cars brought in a younger generation during the height of the Tuner Era. “Soon we started to get sponsors,” he said, and the show snowballed from there.

TORC soon expanded into the lawn of the Queen Mary, which is how most readers remember it, and began to take shape as a real car show. With growth came responsibility. As a legitimate car show TORC now had to write proposals to the city, and buy insurance, security, and permits. That’s when Koji and Terry Yamaguchi, the organizers that most will recognize as the face of Toyotafest, stepped in to lend a hand.

As a show that celebrated the history of Toyota, however, there was one notable absence among the companies who staked a booth there: Toyota itself. “It was kind of a hard sell,” Bingham told us. Finally one pitch resonated and brought the Big T on as a sponsor. “Every owner that has an old Corona or an AE86, we reminded them, needs a new car, whether it’s a Camry or Sienna or Tundra.” 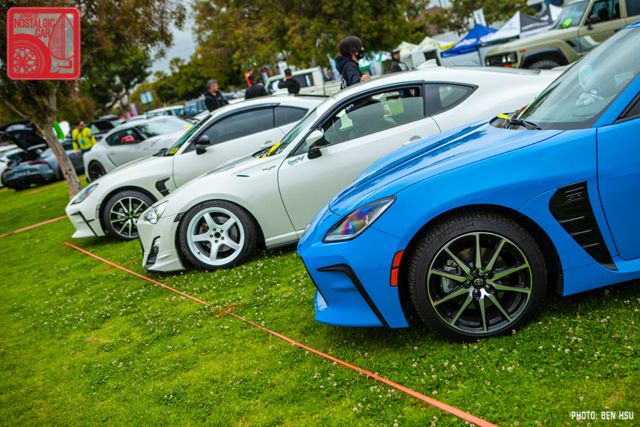 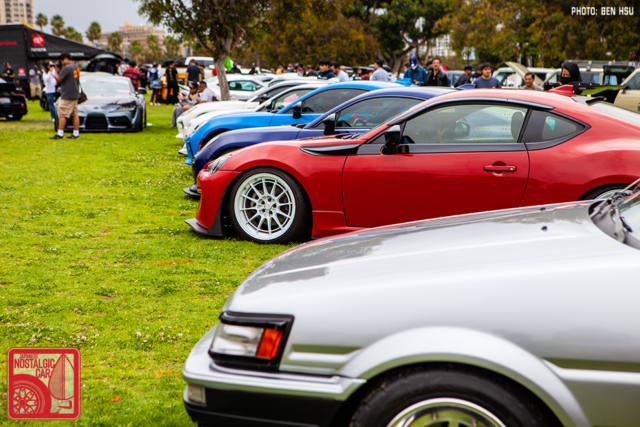 What really catapulted the show into the big leagues, Bingham and Luz told us, was the 2003 launch of Scion. With its new, customization-oriented brand, Toyota now had good reason to reach out to enthusiasts. No one could have prepared for how big the phenomenon would be. Both Bingham and Luz remember having to cap the number of Scion entries, or their sheer numbers would have turned the event into Scionfest.

At first not all the classic Toyota owners were pleased with the change. But Toyota’s sponsorship allowed TORC to make the event free for all attendees and the show thrived even more. Welcoming Scion into the fold paved the way for Lexus too, making it a three-marque event.

Toyota’s involvement set the show on a path to become a wholly family-oriented event. If you remember the typical “import” car show of the early 2000s, there was a tremendous emphasis on bikini girls, loud music and winning awards. Toyotafest eschewed all that, creating an atmosphere that was friendly to everyone and making the cars the stars.

“Competition is not the focus,” Luz explained. “It’s not about who pours most money into their car. It’s how much soul does the car have? That’s why we give out ‘Recognition for Outstanding Workmanship’ awards rather than first, second or third place trophies.”

The emphasis on workmanship and family is why, this year, Toyotafest introduced two special sections that aren’t organized by make and model. First, a TORC Honors Circle celebrates past recipients of the RfOW and, second, a Family Tradition area allows cars from the same household to be displayed together.

“We’re seeing a whole ‘nother generation,” Bingham said. “My 17-year old son now brings his FJ60 Land Cruiser to the show and we had a great time.” We spoke to Luz separately, but he offered a nearly identical sentiment. “The show has been going on for so long now you see your friends’ children getting into it. The cars become an heirloom or the kids are building their own. Now you have multiple generations coming to the show together. That’s what is most rewarding about Toyotafest.”

Hopefully, TORC can keep that spirit alive for many more generations to come.

Special thanks to Mike Bingham, Joji Luz, Koji and Terry Yamaguchi, and the rest of the TORC family.

6 Responses to In its 26th year, Toyotafest is still going strong — a brief history of TORC, the Toyota Owners and Restorers Club