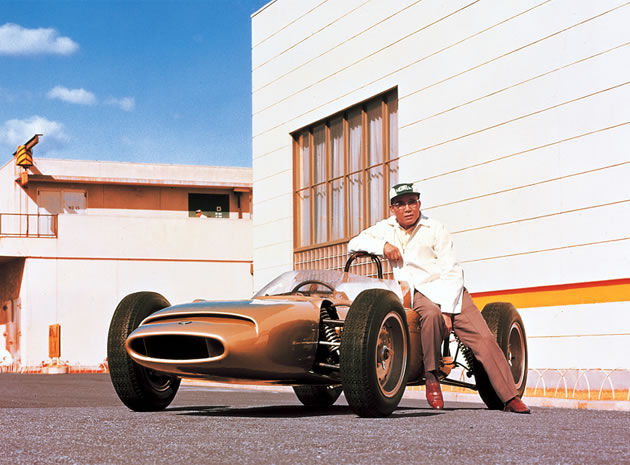 The photo of the boss man sitting on a Formula 1 prototype racer is one of the most famous images of Soichiro Honda. The car itself is long gone, and any media of the car, in motion or not, is extremely rare. However, Honda has put some archival footage of the prototype online, giving us a rare glimpse into the nascent days of what would become a world-class F1 program.

According to Honda, the footage of the RA270 taking its first laps around a track hails from early February 1964. Sadly, there’s no sound, probably a result of very primitive recording devices. The first run of the F1 car took place at the Arakawa test course in Saitama Prefecture. Located by Honda’s Saitama (now Wako City) factory, it had the longest straight, at 1.24 miles, of any track in Japan at the time.

You can see Honda VP Takeo Fujisawa nodding his approval, but perhaps the most important acknowledgement came from Soichiro Honda himself.  Engine architect Fujiya Maruno wrote in his notebook of that day, “The Old Man is happy.”

permalink.
This post is filed under: motorsport and
tagged: formula 1, honda, suzuka circuit.