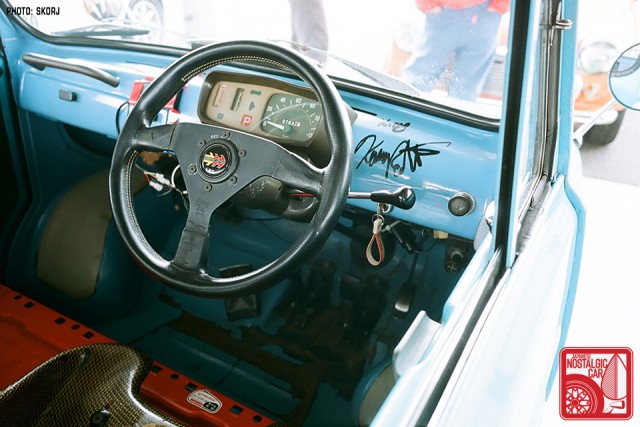 What’s mid-engined, twin-cam, hits 11,000rpm, and laps Sodeguara Forest Raceway faster than most things that were on the track at the recent Tokyo Bayside Classic Cup season closer? 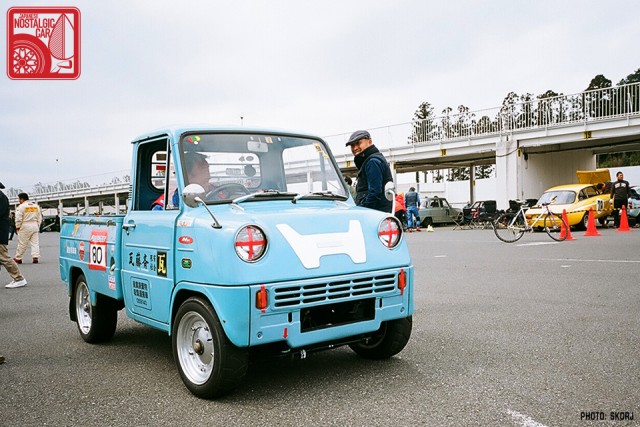 If you guessed a Honda T360, you’d be right. Perhaps the fender mirror placement and trademark light blue paint gave it away. The signature on the dashboard, incidentally, is that of motorcycle racer Kenny Roberts, who built his career riding Yamahas over a decades-long rivalry with Honda. 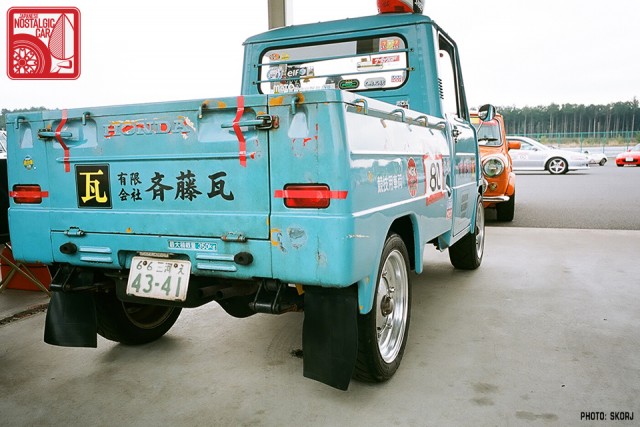 It may surprise some to know that Honda — the company that bestowed a generation’s worth of tune-able front-drive sports coupes unto the world — built as its first four-wheeled vehicle a RWD commercial pickup. Stock, it would come equipped with a kei-friendly 360cc motor. Or, if you needed something burlier you’d go with the half-liter T500. This has neither. 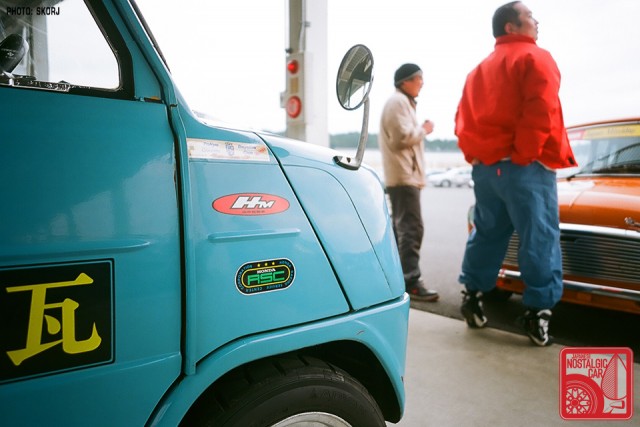 Beneath its blue skin and massive classic Honda logo, this particular example rides on semi-slicks and is equipped with a modified engine plucked from a Honda S600 roadster. It was insanely fast. 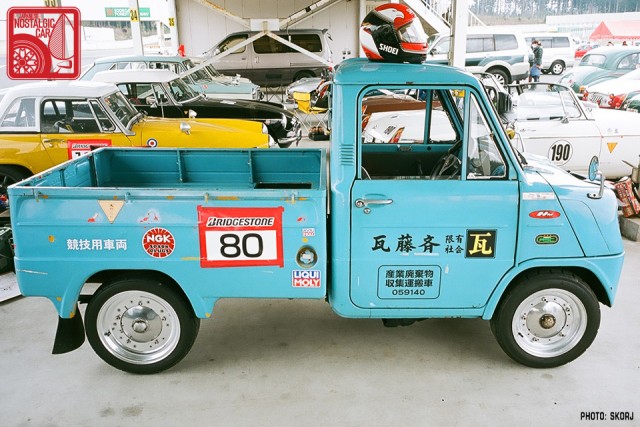 It was passing cars all over the place: inside line, outside line, catching much bigger and faster cars regularly. It lacked a bit on the straights, but was very agile under brakes and through the corners. 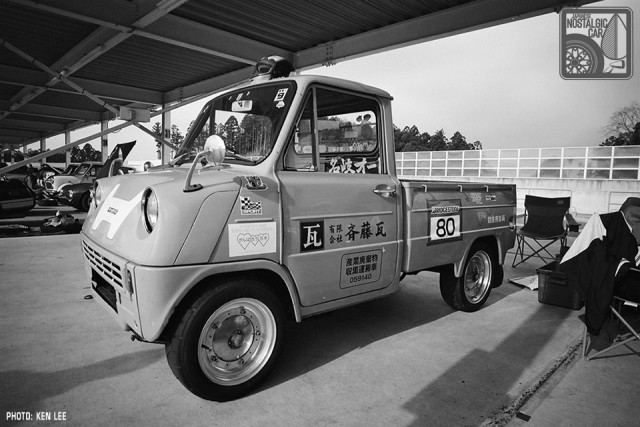 I would guess most drivers were taking it easy, yet Mr mid-engined T360 was going all out. It was certainly entertaining to watch! And thus the magic of Japan’s automotive culture is encapsulated by some old gearhead who takes the most unassuming, unloved, unlikely platform and, engineers a perfectly balanced track-destroying monster out of it. And then is humble enough to ask for the autograph of a guy who spent his career playing for the other team.