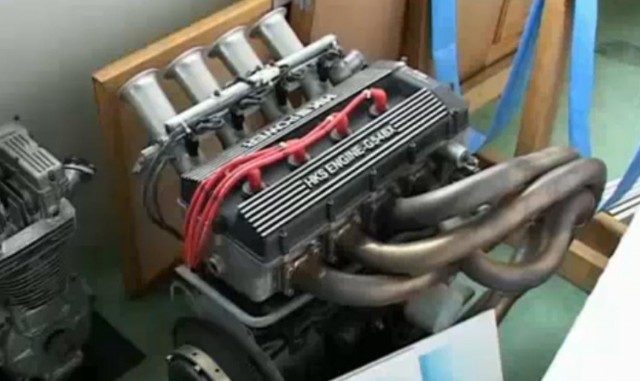 Nissan had the OS Giken TC24 twin-cam conversion for its L-series motors. Toyota had its 151E 16-valver. Let’s not forget, however, that Mitsubishi had their own ridiculously expensive marvel of engineering, and it was built by none other than the famous Japanese tuning house HKS. 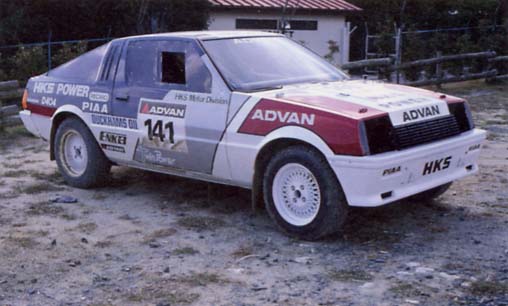 The HKS 134E was based on the 2.6-liter Astron G54B engine commonly found in everything from Plymouth Fire Arrows to Starion turbos. HKS de-stroked the stock motor to 2.3 liters, adding forged pistons and a twin-cam head of its own design. Fed by two Solex 50mm carbs, the result was an astounding 276 hp and 195 lb-ft of torque.

HKS’s original plan was for it to power the Starion D404, a rally car based on a production Starion but basically completely rebuilt to accommodate the custom engine and a 4WD system. The body was replaced with a composite shell of HKS’s own design, and a Pajero (Montero) transfer case was used to convert it from rear- to four-wheel drive. The completed car weighed just 2,028 pounds, some 88 lighter than Mitsubishi’s own Group B racer.

Some say that the twin-cam head was also used in stadium trucks as well. For more information about the HKS Starion D404, check out GroupBRally.com.

permalink.
This post is filed under: mitsubishi and
tagged: hks, mitsubishi, rally, starion.