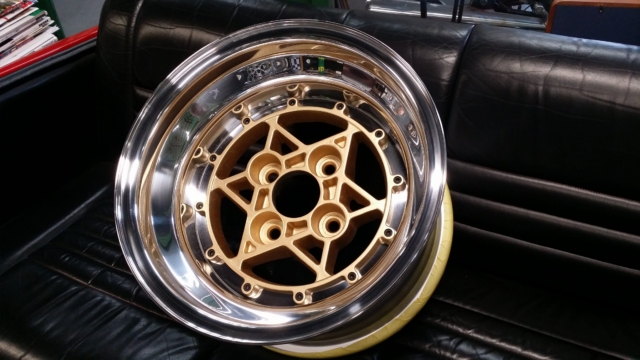 Hayashi Racing may be best-known for its venerable Street Wheel, which was Japan’s first aftermarket alloy wheel, and has been in production since 1967.  However, they do also have a bulging back catalog of wheels from the pre-bubble era which haven’t been available in decades. But, that is possibly about to change, with Hayashi-san thinking of re-issuing some of his earlier wheels as part of a limited heritage collection. 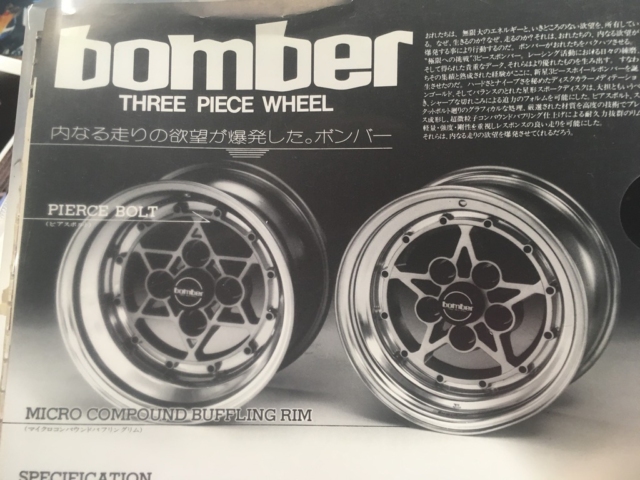 The first vintage wheel to be given this consideration is the Bomber, which was a 3 piece wheel with the right sort of chunky looks and deep lip to complement any shakotan-style ride.  They were sold for a short time in the early 80s and not many were made. 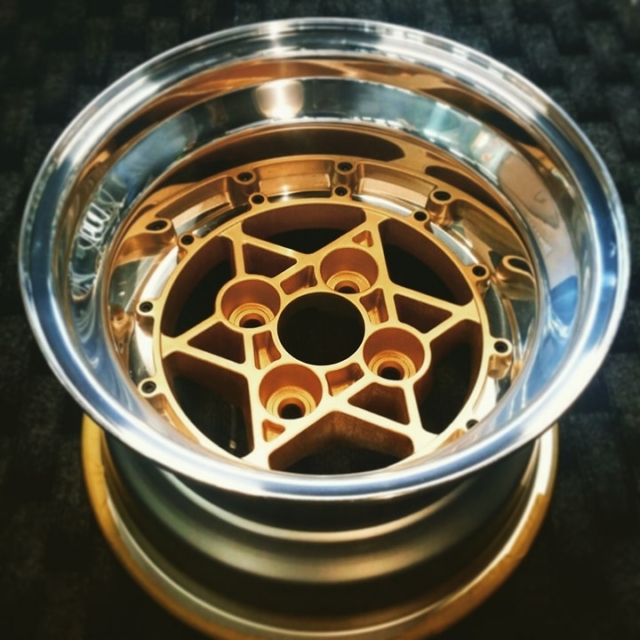 So they’re rather rare and almost impossible to find used, but Hayashi has hand-made a prototype set to gauge public interest on whether they should start making them again.  The wheel above is a gargantuan  14 x 10.0 -38, which would need overfenders to fit on pretty much any car, but would be a perfect fit on the rear of a Hakosuka coupe (hint, hint). The other prototype is a 14 x 8.0 – 12 (below);  the perfect size for an AE86. 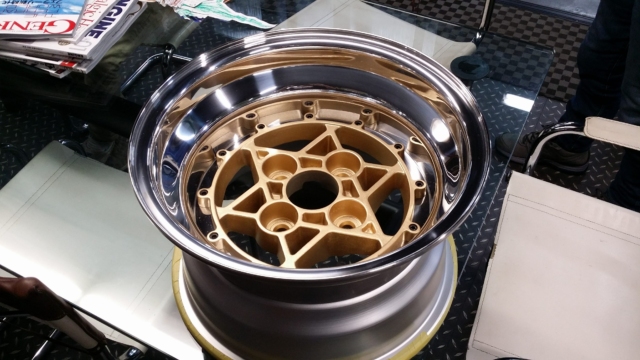 At this stage, Hayashi Racing’s plans are to make a very limited run of 14-inch Bombers; there’ll only be 20-25 sets made available globally, they’ll be handmade and come with a price tag in the neighborhood of US$4,500 a set.  It’s not cheap, but you’re unlikely to come across someone else who has a set, and, well, they only go into production every three decades, so this is your last chance to get a set if you really like these.

If you’re interested, Hayashi Racing would love to hear from you.  Reach out to your official Hayashi Dealer, like Barrel Bros in Australia, Circuit Dreamer in the USA or GTR Heritage Centre in the UK. You can also contact Hayashi Racing directly on their Facebook page.

If this all works out, then Hayashi is seriously considering doing the same with some of its other back-catalog wheels, like the Command and 3-piece Techno Phantom.

permalink.
This post is filed under: Vintage Barrels, wheels and
tagged: bomber, hayashi.