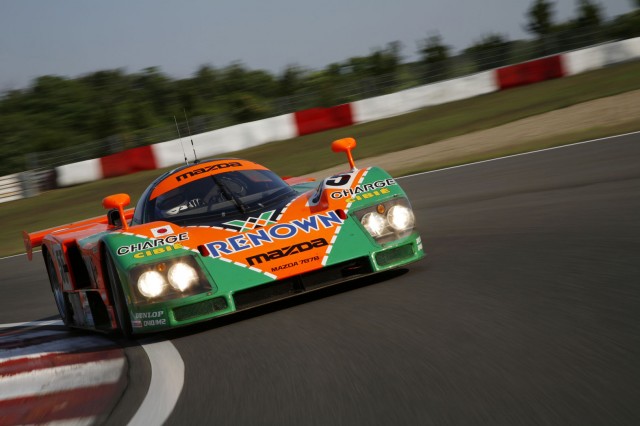 As we get ready for SevenStock tomorrow let’s round out Mazda Week with a Japanese documentary chronicling the Mazda 787B‘s historic siege on Le Mans. We are so completely obsessed with this machine that we made a shirt.

The film hails from the early 90s, probably not long after Mazda’s historic win in June twenty years ago. It follows the team during the lead-up, prep, and ultimately the race itself. Ear drums will shatter. Women will weep. Cheesy 90s pop songs will be played. Watch all four parts below the fold.

permalink.
This post is filed under: mazda, motorsports and
tagged: 787b, le mans, mazda, rotary.