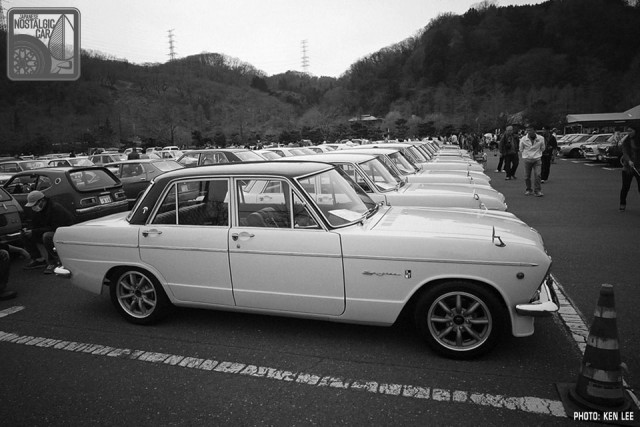 The Old Car Club of Tokyo recently held it’s 3rd annual Showa no Kurma wo Mamoru Tsudoi or “Preserving cars made in the Showa Era” meeting. This is a gathering for cars made during the Showa Era, which ended in 1989 according to the Japanese calendar and encompassed the Post-War, Golden and most of the Bubble Eras of Nihon automaking. In other words, all the best Japanese nostalgic cars. 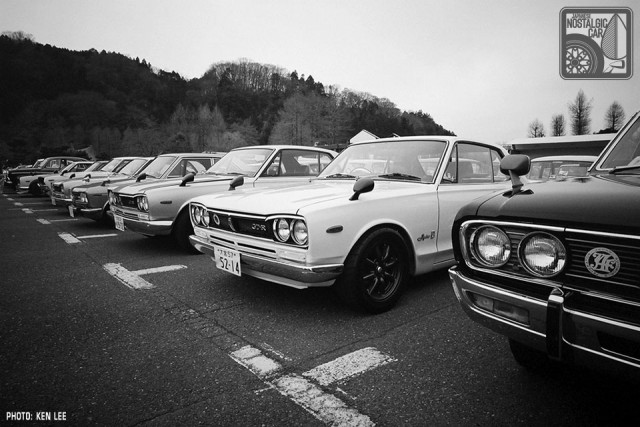 The meeting was held at Tokyo Summerland in Parking Lot 2 with free entry. There were over 250 cars on display with over 30 shops selling parts and goods. 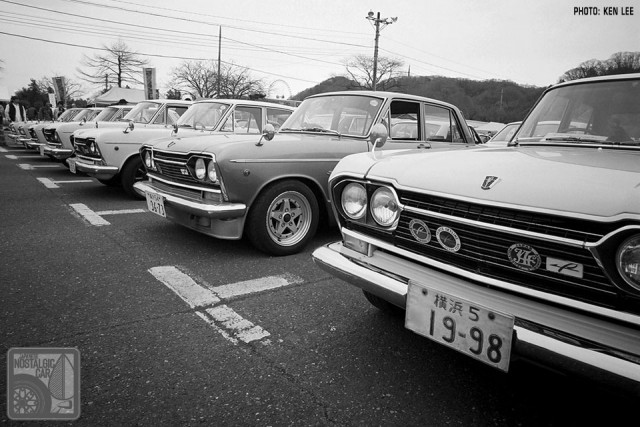 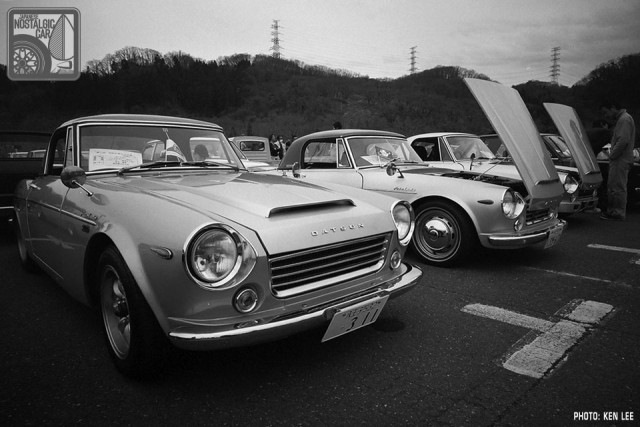 While the last two meetings were rained upon, the weather held up and it was a nice day to walk around and take in the cars. Various clubs came to represent their respective marques and models, including the Prince Skyline GT-A and B Club, Fairlady SP311 Club, CSP311 Owner’s Club, and many more. 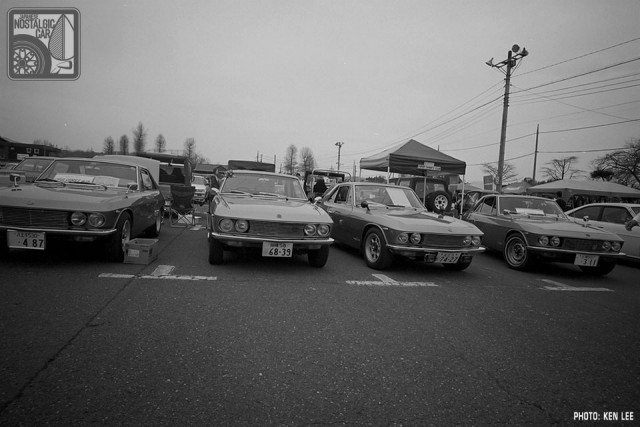 By the Japanese calendar, the Showa Era began in 1926 and ended in 1989, but when the average Japanese person talks about it, they usually mean the post-war time in which the nation saw unprecedented growth in technology and a booming economy. 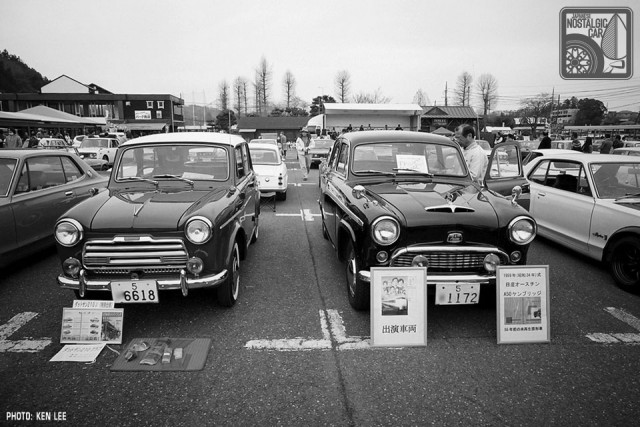 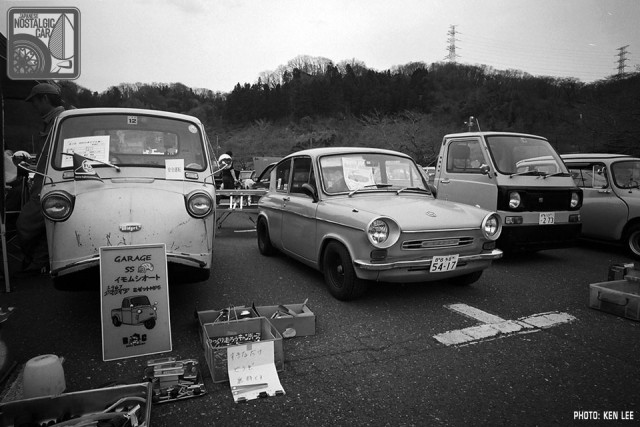 From an environment where very few owned cars, by the 1950s Daihatsu Midget 3-wheeled trucks were seen buzzing around Tokyo streets. By the early 1960s, kei cars like the Mazda Carol had become family sedans of choice. 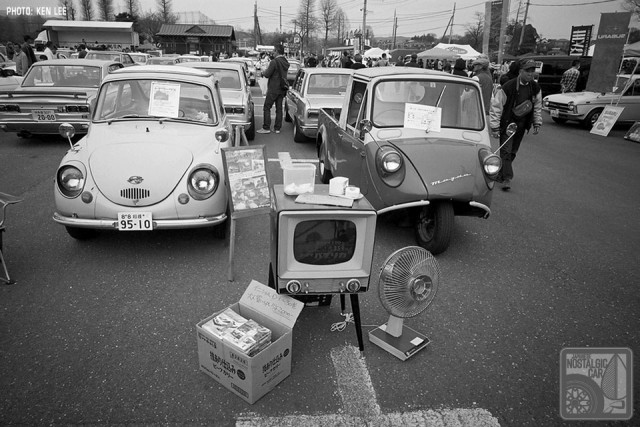 By the mid-60s, the average Japanese family were able to afford the Three Cs — color tv, cooler (what we call a refrigerator) and a car. The Subaru 360 (left) was the most popular car of them all, built to People’s Car specs that gave automakers tax incentives to create affordable transportation. Many companies built 3-wheelers, including Mazda with its K360 (right). 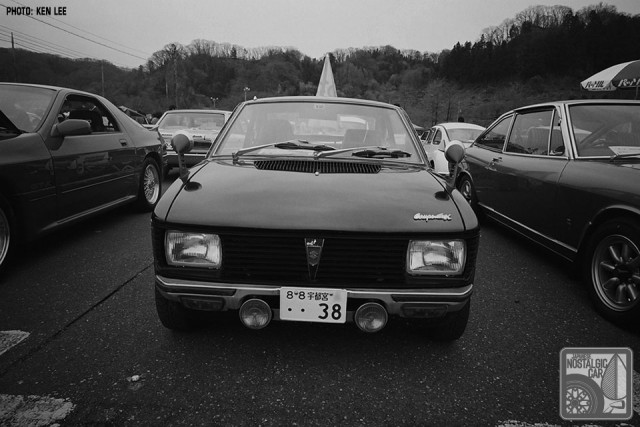 The People’s Car eventually became what we know today as the kei jidosha, the uniquely Japanese class that spawned a slew of innovative cars conforming to strict engine size and dimensions. Nestled between an FC RX-7 and an Isuzu 117, is Suzuki’s take on the kei car, a rear-engined coupe called the Fronte.

However, resourceful petrolheads would find a way to turn even the smallest of kei engines into something that could be raced, while automakers experimented with various configurations like the rear-engined Hino Contessa. 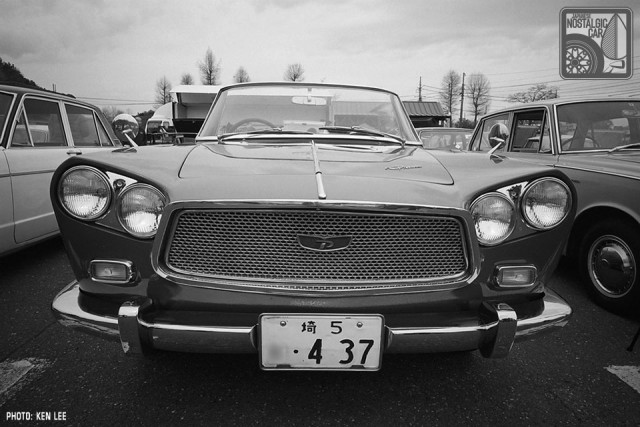 Not all Showa cars were government-incentivized roundabouts though. Prince turn to world-renowned Italian design studio Michelotti — known for classics like the Alfa Giulietta, BMW 2002 and Alpine A110 — to design the Skyline Sport. 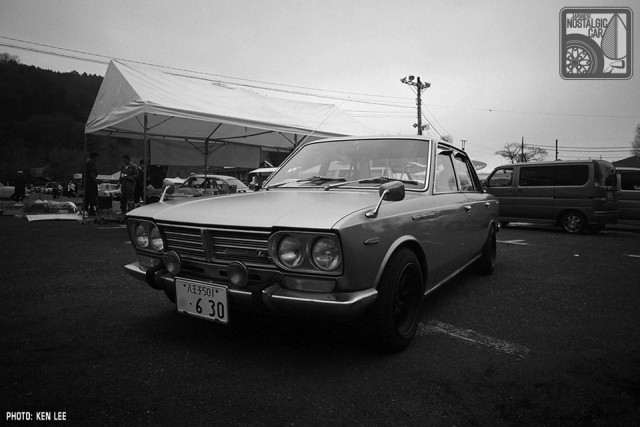 A not rich but well-off family in late-60s Japan might have owned something like a C30 Nissan laurel sedan. 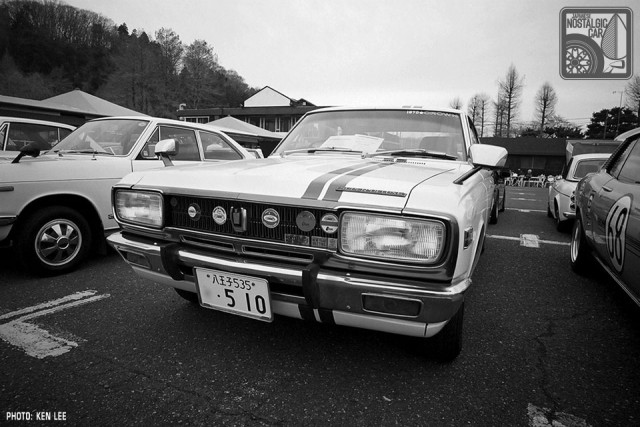 The more ostentatious among them might have opted for an MS51 Toyota Crown Coupe, seen here, oddly enough, with a “510” license plate. 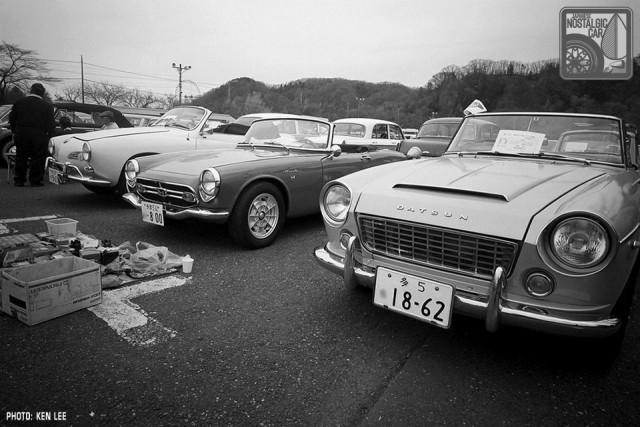 Japan had their home-grown halo cars as well. Twin-cam technology could be found on cars from Toyota to Nissan to Isuzu. True, they were out of reach for most Japanese citizens, but the important thing was that automakers were developing them.

As it entered the second half of the 1960s, though, Japan was building cars that matched the world’s best, and motorsports became a big part of Japanese car culture. Cars like the Skyline established their racing cred, even if the rest of the world wouldn’t hear about it until the end of the Showa Era and the advent of the R32 Nissan GT-R. 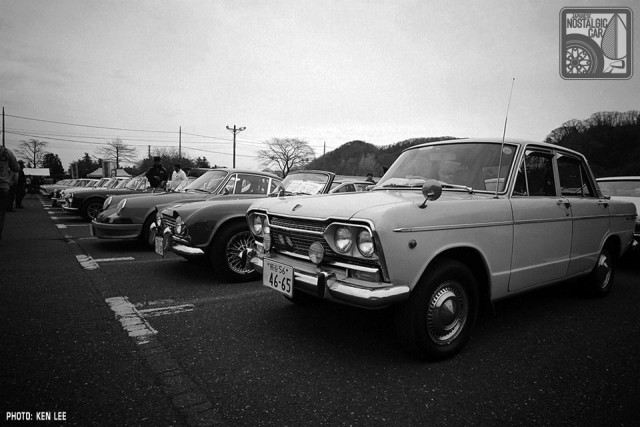 Incidentally, the show wasn’t limited to Japanese cars of the Showa era. Plenty of German, British and Italian steel also showed up. 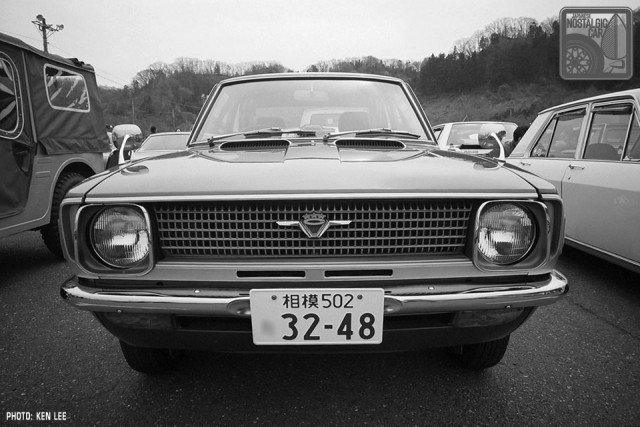 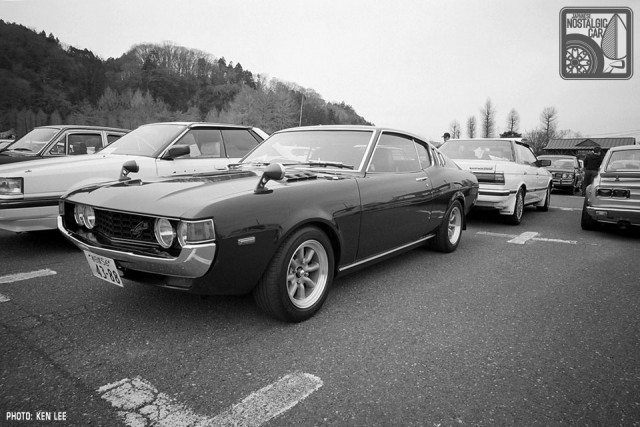 The early 1970s saw the rise of the affordable personal car — machines like the TE27 and Daruma Celica. Light, small-displacement cars would define the Japanese sport coupe ethos for decades to come. 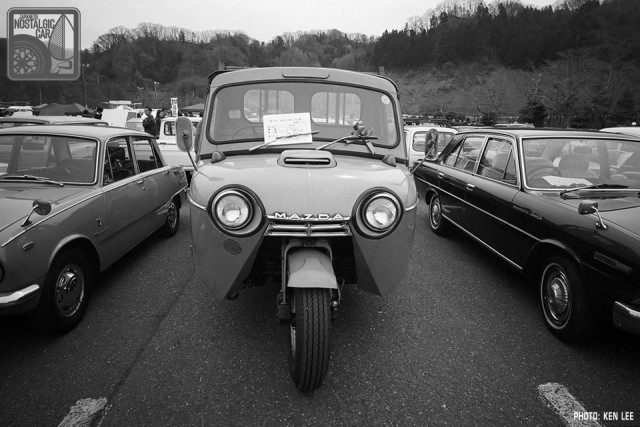 However, 3-wheelers like the Mazda T-2000 remained in production until the mid-1970s, roaming around the streets like remnants of an earlier age. 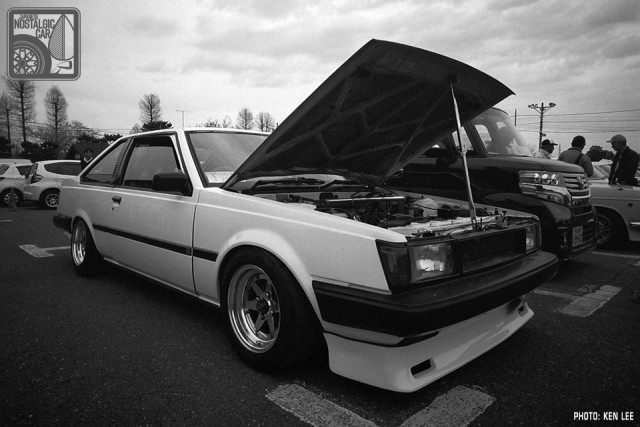 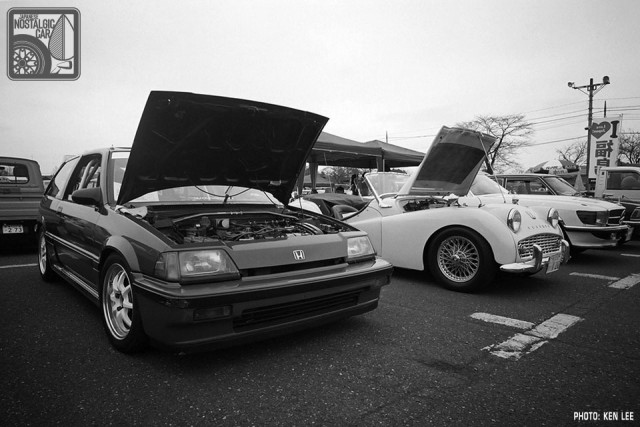 By the 1980s, the Bubble Economy had ignited a desire for extraordinary engineering at every level of the automotive hierarchy, giving cars like the Civic incredible F1-derived technology. 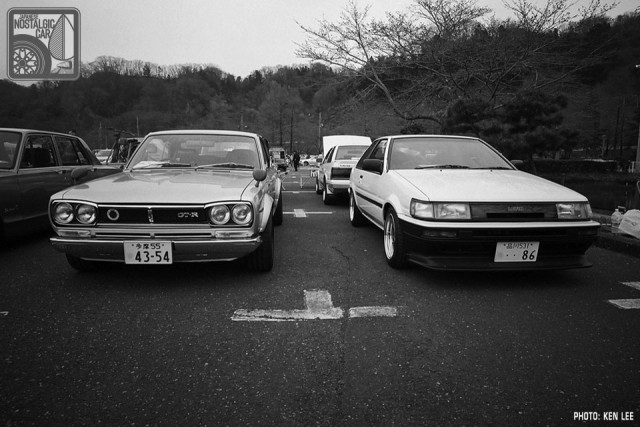 Hakosuka and Hachiroku, two of the most iconic JNCs known to man. 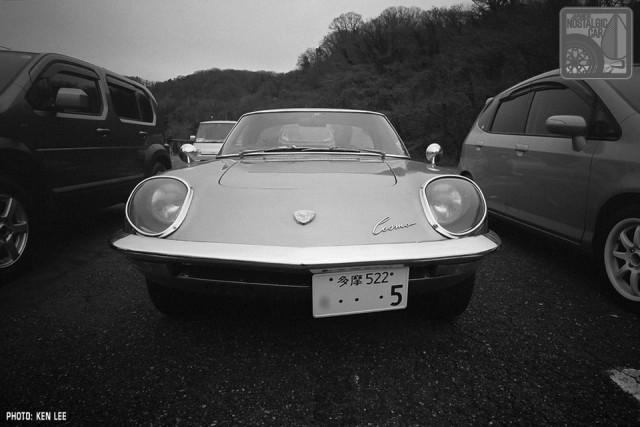 While the cars on display were interesting, the normal parking lot was filled with great cars as well, including a Mazda Cosmo Sport. 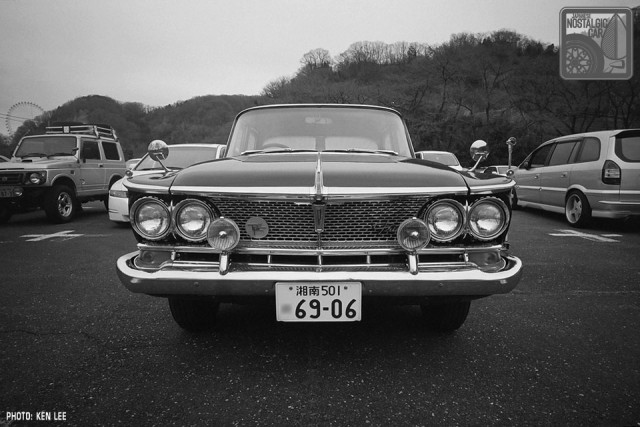 A dignified Prince Gloria stands guard amongst a host of newer vehicles. 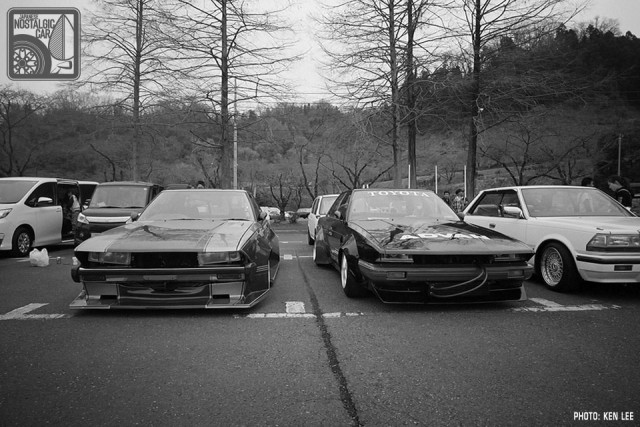 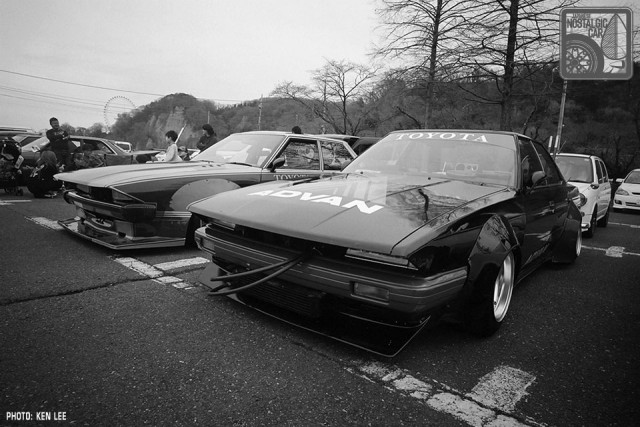 Last but not least, perhaps there is no greater vindication of the Showa Era’s nostalgia than the fact that many bosozoku cars, once derided as garish and over-the-top, are now considered cool.