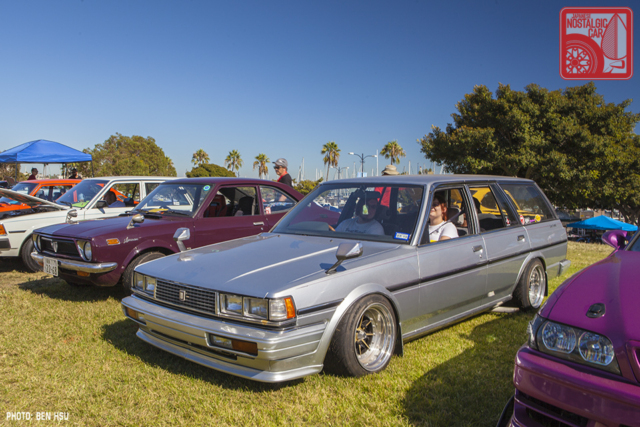 Japan-only cars have been making their way into JCCS for a while now, but this year the trickle seemed to turn into a tsunami. You couldn’t swing a fender mirror without coming into contact with a RHD ride from the land of the rising sun. And it wasn’t just your typical Skylines and Sprinter Truenos, either. The selection was approaching a diversity of Nihon steel you might see at late night rest area meet back in Japan. 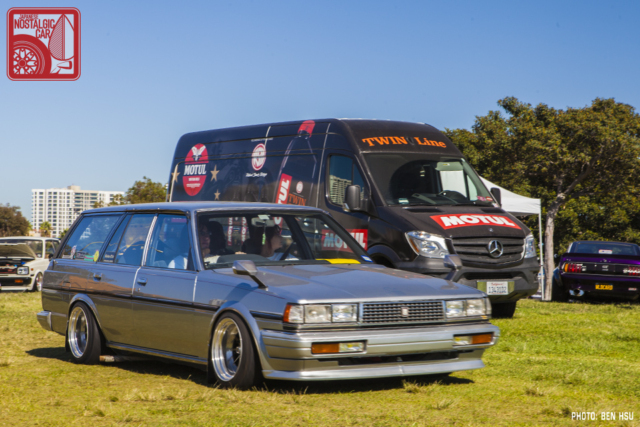 Not all of the JDM cars are recent imports, either. Somehow, though, they all picked 2018 as the year to flood JCCS. Take Jacob McCool’s Toyota Mark II wagon, for example. Though it was imported a few years ago, it made a first-time appearance at JCCS. He drove it all the way from Houston, Texas in its slim-bumpered glory. 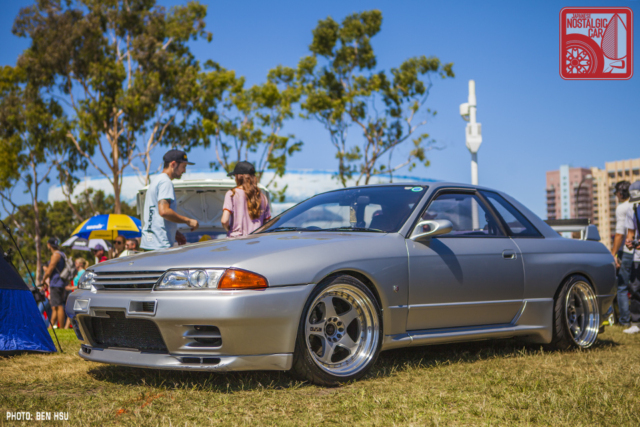 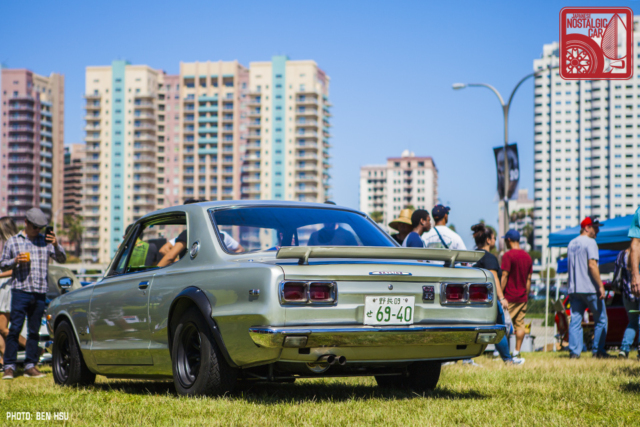 Hakosuka Skylines, once rare and exotic, were absolutely plentiful. It was great to see the variety each exhibiting a unique style, from Joel Tan’s touring car tribute to Rick Ishitani’s modern street machine to Roy De Guzman’s shakotan street fighter. 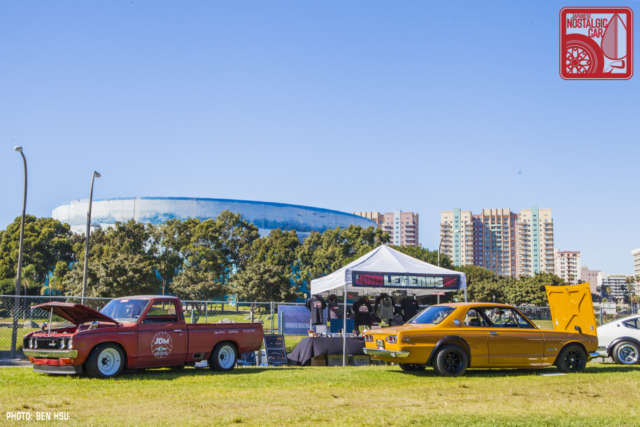 The newly minted TV stars at JDM Legends had a booth presence with a couple of famous cars — the Hakosuka GT-R we saw at the Infiniti Japanese Automotive Invitational in Pebble Beach, and their insanely cool Datsun 620 shop truck. 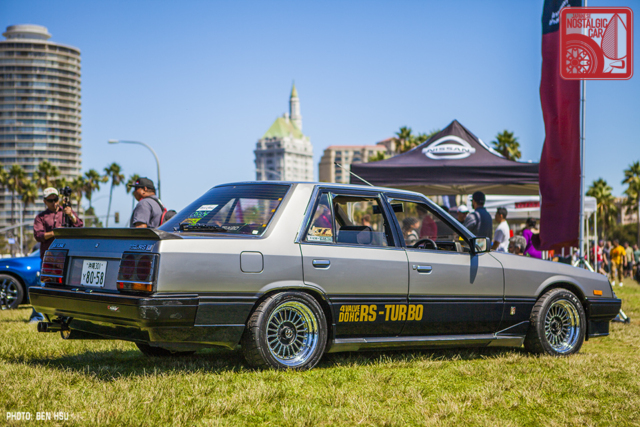 Even less conventional Skyline sedans made a strong showing. Mel Canones, a member of the Wild Cards showed the sole DR30 at the event. Sixth-gen Skylines are rare in the US in general, but a sedan version is even more uncommon. It even retains the revolutionary FJ20 motor and looks proper on period wheels.

No assembly of JDM cars would be complete with some of Nissan’s famous Pike Factory designs. Greg Childs’ Nissan Pao was a rare hardtop version, while John Marks’ Nissan Figaro shone brilliantly in black. The latter’s hue wasn’t factory, but probably should have been. 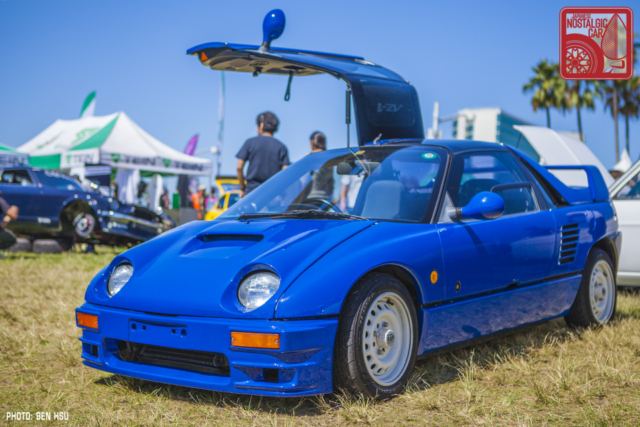 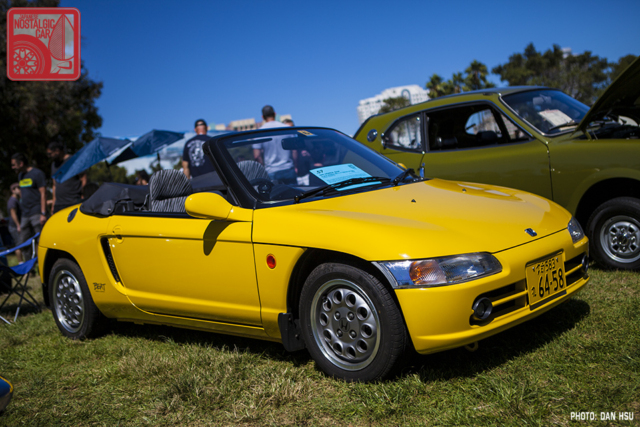 Kei sports cars are another incomparable genre of Japanese cars, a category that saw no shortage of representation. You may recognize Ashley DeLuca’s Autozam AZ-1 from her video with Jay Leno, but now it’s sporting a Mazdaspeed aero kit. Scott King’s Honda Beat is one of he cleanest we’ve ever seen, imported with just around 26,000 miles on the clock. 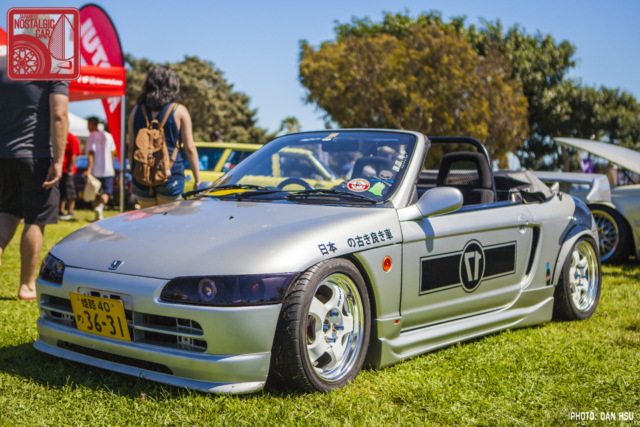 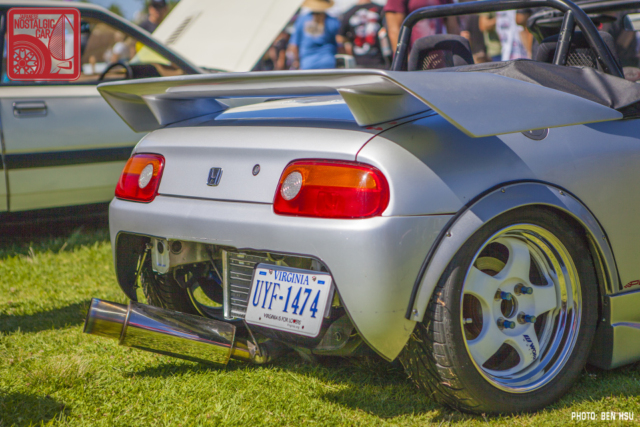 On the other end of the spectrum was Louis Lim’s custom Beat, wearing a livery tribute to Hakosuka touring cars. With fender flares over Work Meister S1 wheels and a custom suspension and exhaust, it’s as close to a bosozoku kei car as we’ve seen in the States, and we loved the rad style of it.

More traditional compacts came from the Mike Malamut collection, both cars hailing from 1968. The Toyota Sports 800 was the product of  a six-year restoration, while the Honda N360 was a one-owner car until last year and had just 7,000 miles on it. 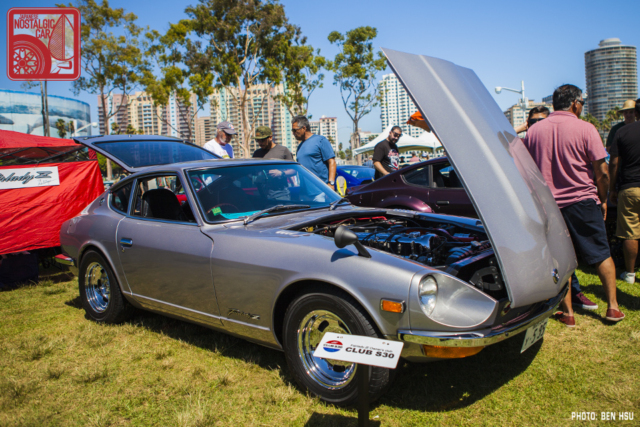 Speaking of long-time owners, Joseph Rotz bought his Nissan Fairlady Z in Japan in May of 1974. He’s owned it since and has completed a restoration that spanned 10 years and included the original 2.0-liter engine from the Japanese market. 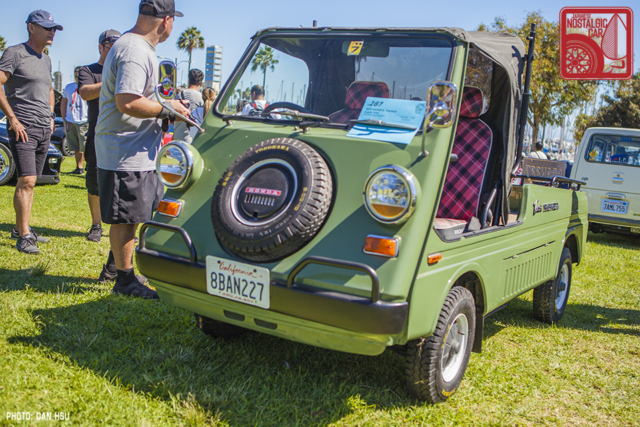 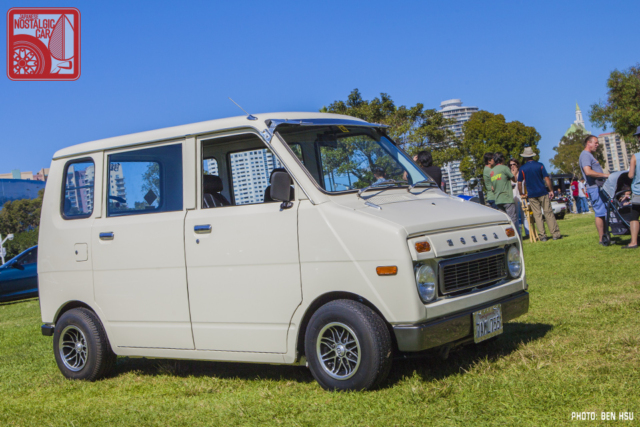 While all the cars we’ve seen are unique in their own way, what really made the show feel like it could’ve taken place in Japan were cars like the Honda Vamos and Life StepVan. These kei workhorses, each of which was in immaculate condition, are regulars in any gathering of classics in Japan, but rarely ever seen on this side of the Pacific. If memory serves us correctly, it was the first JCCS appearance by either model. 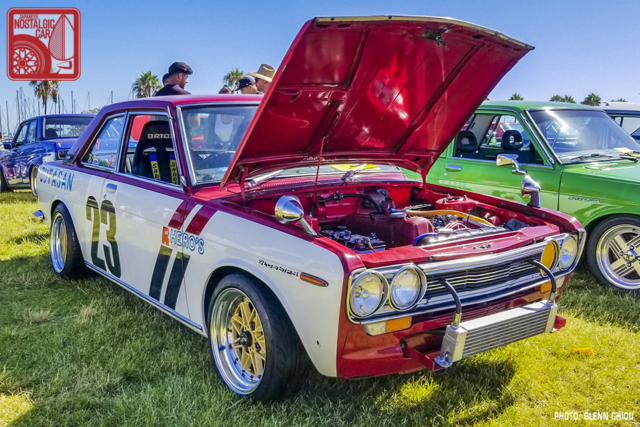 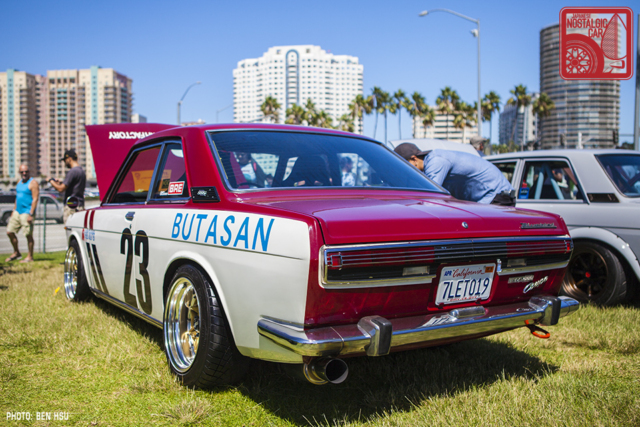 We first saw the Butasan 510 Bluebird 1800SSS Coupe at the inaugural Nostalgic 2 Days show in 2009. Built by RH Factory with a host of parts from Kameari for the L18 engine and a Refresh 60 exhaust, it was imported as-is by 510 builder Sergio Edell. It is unique among stateside 510s in that it is a well-known in Japan build that has remained unchanged since its importation. 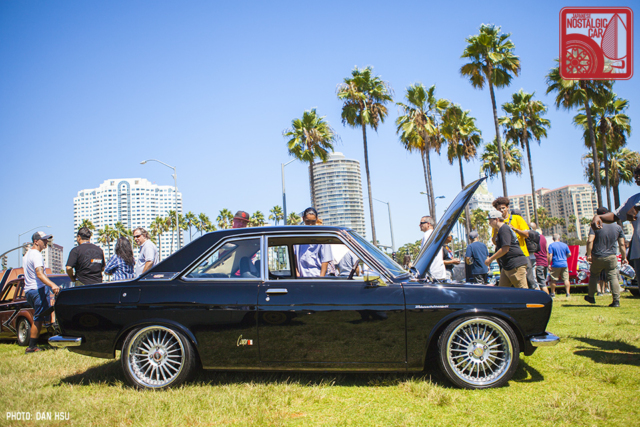 On the other side of the coin was Jesse Hernandez’s 1970 1600SSS, one of the oldest Bluebird Coupe builds in the US. It too has remained largely unchanged since it was built originally, and has been upgraded to a 1800SSS engine. 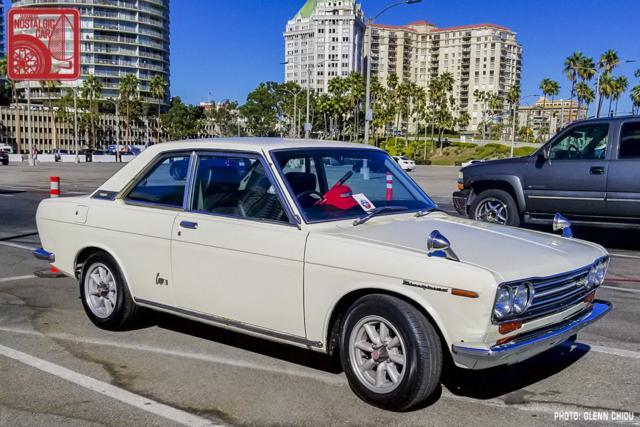 In the parking area lurked another Japan-market 510 Bluebird 1600SSS Coupe. Sitting medium height on very period correct RS-Watanabes, the car looked exactly as if an older Japanese gent had modified it back in the day and enjoyed it for many years not caring about modern customization trends. 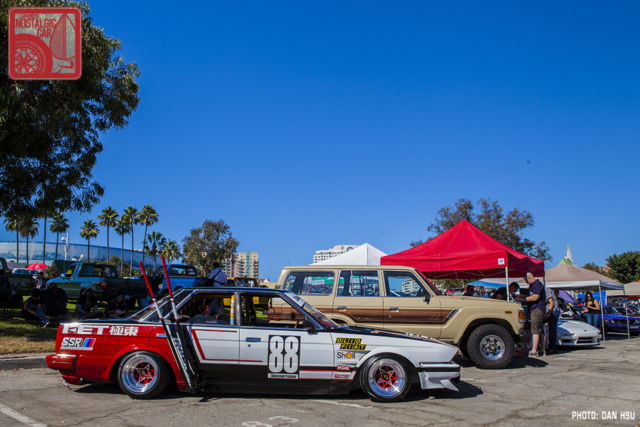 The elderly gent would probably frown upon the bosozoku, but both are equally a part of Japan’s rich car culture. We spotlighted Randy Beard’s Fukuoka-style Toyota Mark II after its Toyotafest debut, but it’s always a treat to see it again, especially when parked by our JNC Land Cruiser at the booth. 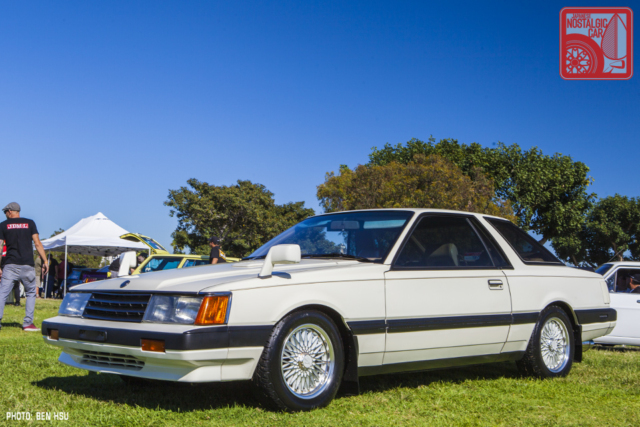 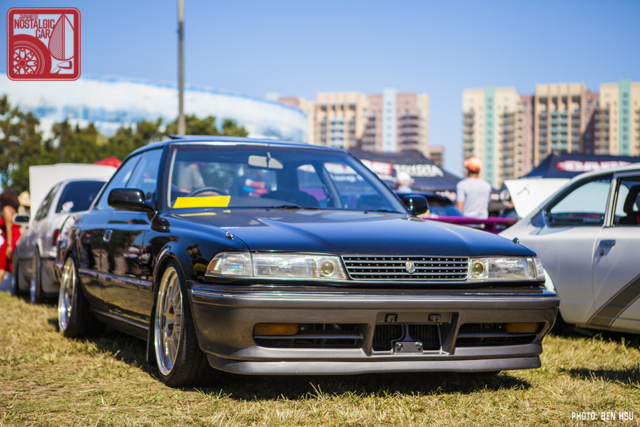 Brian Lueck’s 1991 Mark II is a perfect example of early 90s style, with its 1JZ-GTE straight-six, black and gray two-tone and SSR Professor MS1 wheels. Of all the JDM cars available from that era, it takes a true connoisseur to opt for an X80 Toyota sedan. 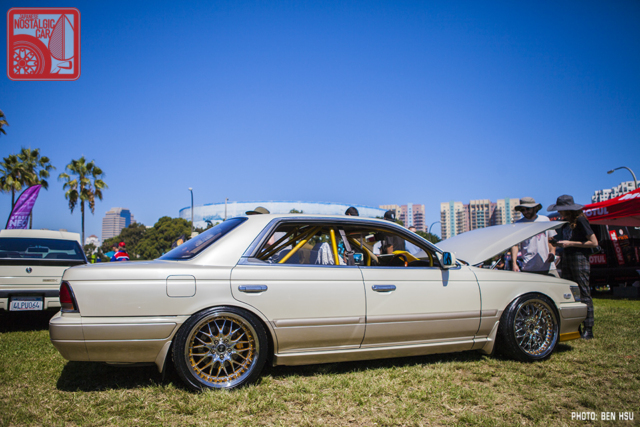 Nissan’s response (well, one of them) to the Toyota X80 was the C33 Laurel. Steven Floyd’s 1991 sports a wonderful white and gold two-tone with a heavily modified RB25DET under the hood, 18-inch Works and a roll cage. It’s pretty much ready to drift in style, especially with its set of Nissan doily seat covers. 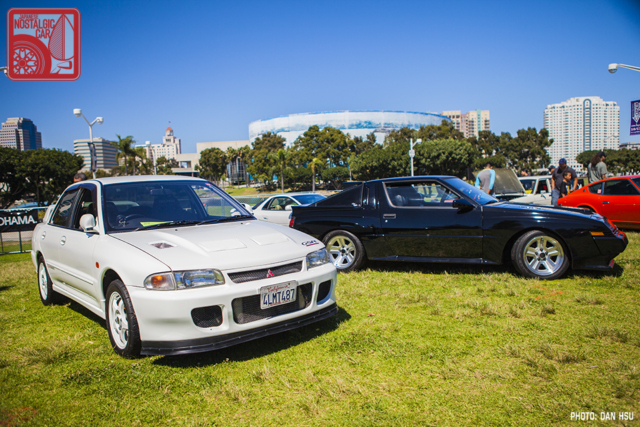 Mitsubishi is a marque that seems perpetually underrepresented, but this year saw a variety of models from the Triple Diamond Clan. Parked beside a very nice black Starion was Jose Vasquez’s beautifully preserved Mitsubishi Lancer Evolution II. 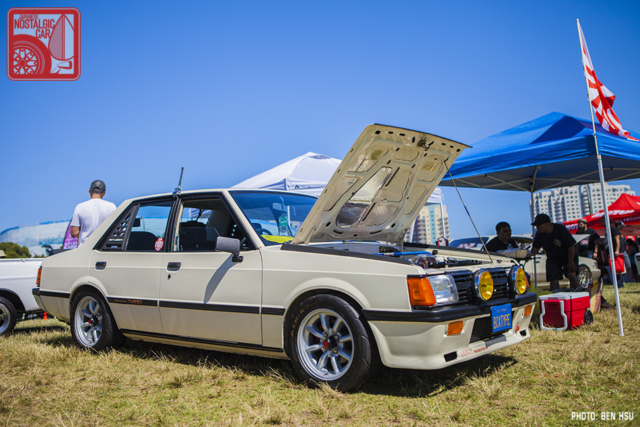 The A175A Mitsubishi Lancer was the predecessor to the Evo series, but owner Rodrigo Catibog managed to further link it with the installation of an Evo II’s 4G63 motor. He was able to change transverse orientation to longitudinal by using Lancer Celeste engine mounts mated to an L200 van transmission. 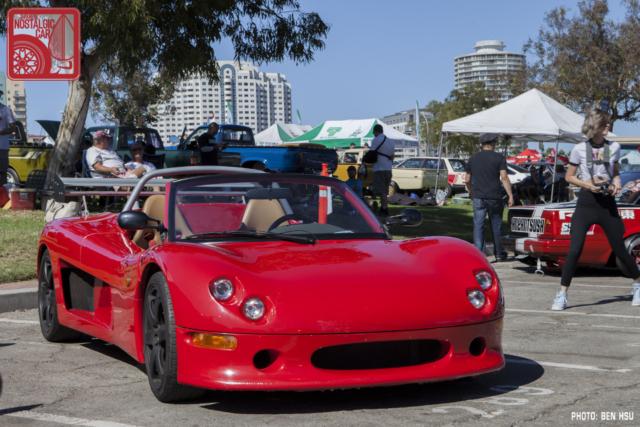 Perhaps the JDM car we were most surprised to see was Rich Popek’s Tommykaira ZZ. Powered by a Nissan SR20DE engine. Though designed in Japan, this particular example was built in the UK by the now-defunct Leading Edge Motors, and it is said to be the RT-190 model, but claims to have the RT-240’s 240-horsepower engine. Weighing only about 1,200 pounds, Popek calls it “a Lotus Elise on steroids.”

As the 25 year rule enters the 90s heyday, we’re going to see a lot more makes and models entering the US. That, combined with better educated buyers, will result in a stateside Cambrian explosion of interesting Japanese cars. The sheer variety of JDM gems at this year’s JCCS was unprecedented, but this is just the beginning.