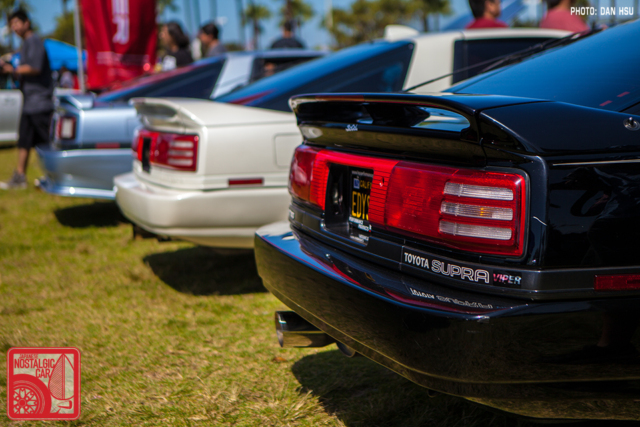 To the general public, Toyota may be most well-known for its sedans, but for enthusiasts another five-letter word that begins with an S calls to them: Supra. For four generations the mighty flagship sports car of Aichi has been a petrolhead’s dream. At the celebration of the Big T that is Toyotafest, there was no shortage of the straight-six halo machines. 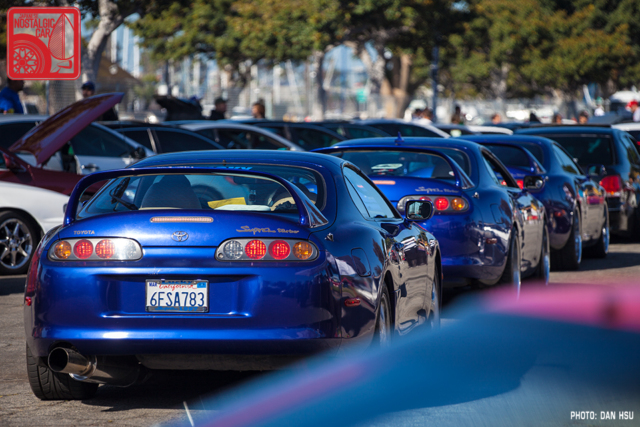 We knew the day would be off to a good start when we saw three RSP Supras entering the show grounds at the same time like a herd of unicorns appearing from the mist. 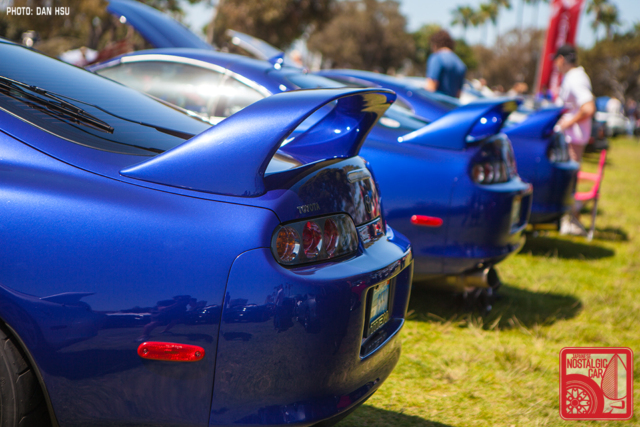 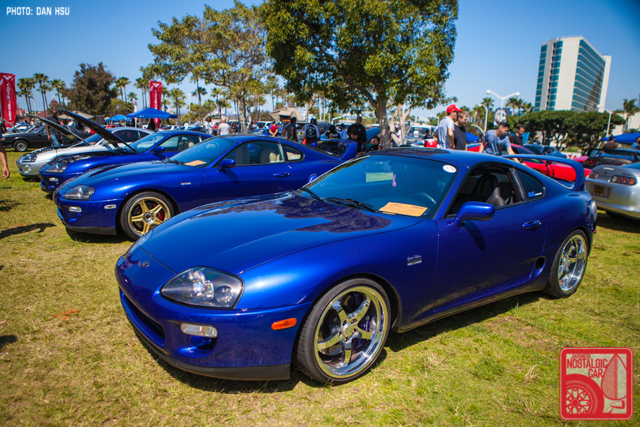 Royal Sapphire Pearl is probably the rarest of the JZA80 colors, and all three wore badging indicating they were 15th Anniversary edition models. Though all three received light modifications beneath the hood, their bodies remained generally stock. 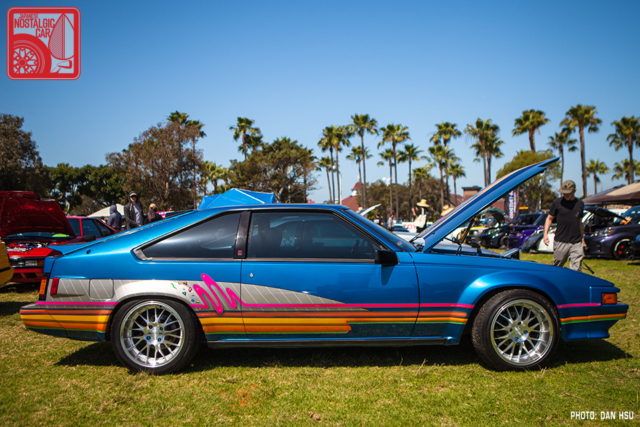 Though there was a disappointing lack of A40 Supras, A60s were plentiful. Impossible to miss was Rafeal Perez’s 80s-tastic 1985 Supra, finished in a heartbeat and stripe graphic that would make any Reagan-era Trapper Keeper jealous. Note, too, the fact that the P-Type flares have been smoothed out. For his efforts, Rafeal took home an A60 class medal in recognition of his workmanship. 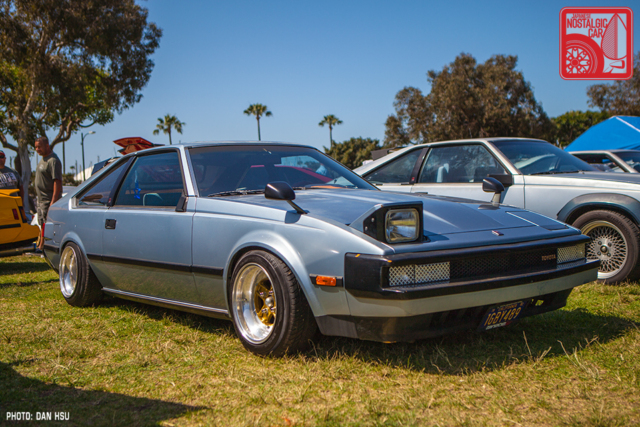 We also dug Mauricio Gonzalez’s 1982, done in a mild kaido racer style. Winking headlight, home store latticework over the turn signals, and deep-barrel SSR MkIIs make this particular Mk II a homage to Japanese street style. The wheel fitment was especially nice, opting for the non-flared body to give it a bit more JDM flavor. 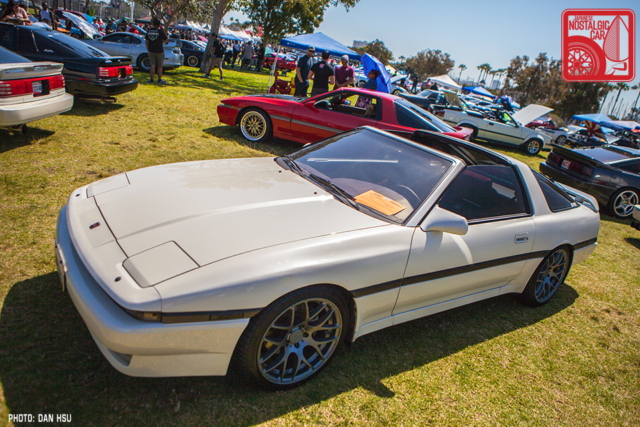 This year’s show seemed to have an uptick in clean third-generation Supras. Back in the day, it the kouki body style like Brandon Elzner’s red 1989 was the one to have, but nowadays zenki examples such as Rodney Baker’s white 1987 Targa are becoming more appreciated for their 80s style. 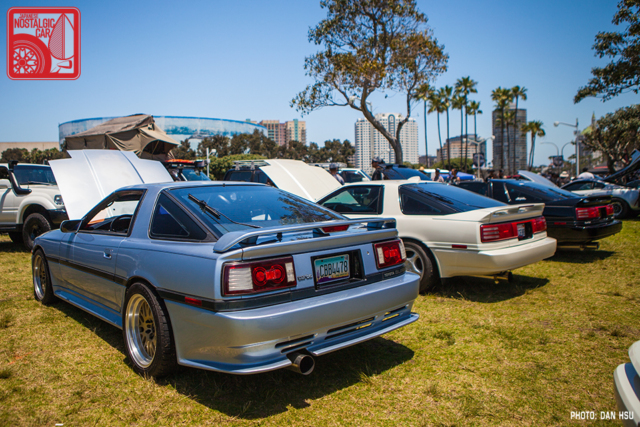 Specifically, it’s the factory pedestal spoiler and black door ding band incorporated into the design of the horizontally split nose that gives it a distinctly 80s feel. Sean Evans solved the zenki horsepower deficit of his very clean blue 1987 by swapping a 1JZ-GTE into it, but he was also rocking some rare afterburner-style taillights. 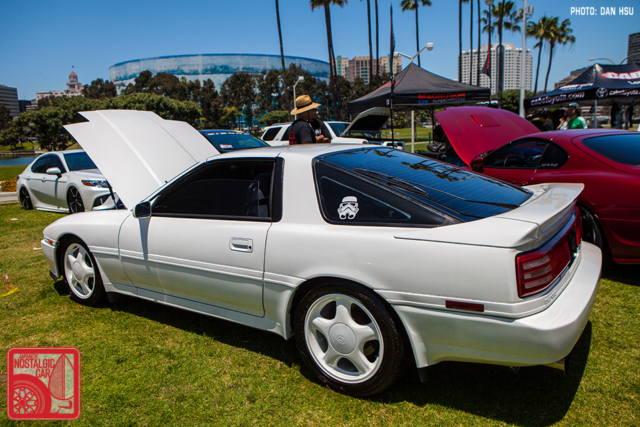 Danny Aguirre’s 1992 was a rare White Package example, which came from the factory in Super White with white wheels, white trim and even white badging. Danny received a medal for outstanding workmanship in the A70 class as a result of his preservation of this fine specimen. 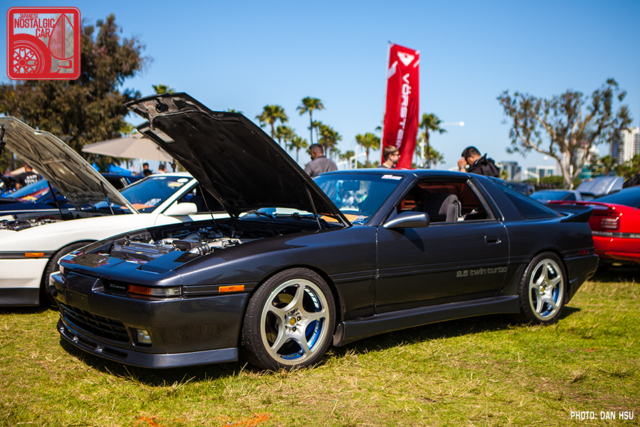 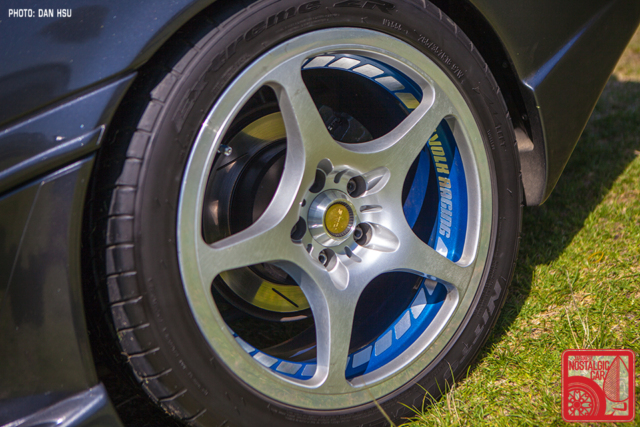 Nick and Jill Stonawski are a husband and wife who both drive Supras. Jill’s 1990 was built in memory of her late father, who also owned Supras, specifically 1979 and 1987 models. Since we last saw Jill’s Bomex-kitted, 1JZ-GTE-swapped A70, it has acquired a set of rare blue-barrel Volk F-Zero Challenge wheels. 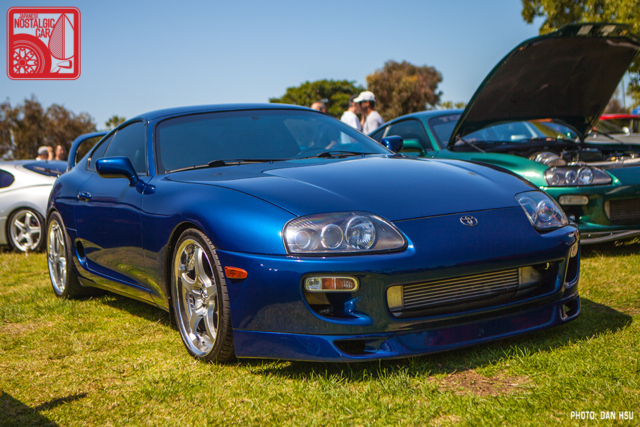 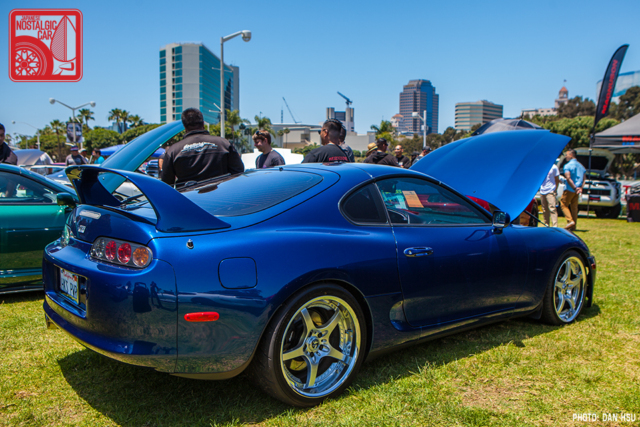 Nick’s 1994, is described as a car built with “HKS everything” and was an ex-Bomex USA demo car. With an HKS T51r single turbo feeding its 2JZ-GTE it produces a claimed 766 horsepower and 600 lb-ft of torque at the wheels on basically stock internals. Aside from its Lexus Spectra Blue paint job, though, it appears stock from the outside. Appropriately, it wears Volk SF Challenge wheels to match Jill’s car. 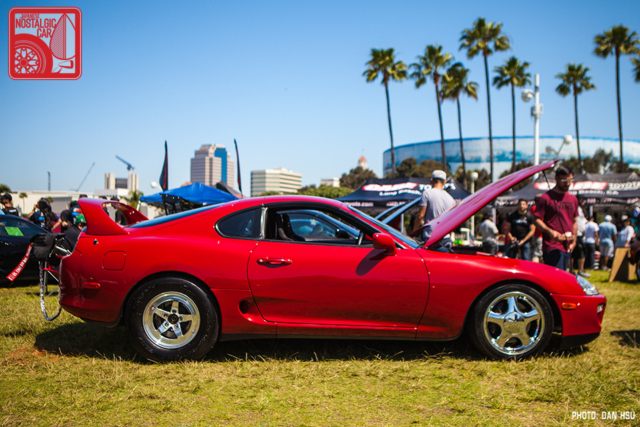 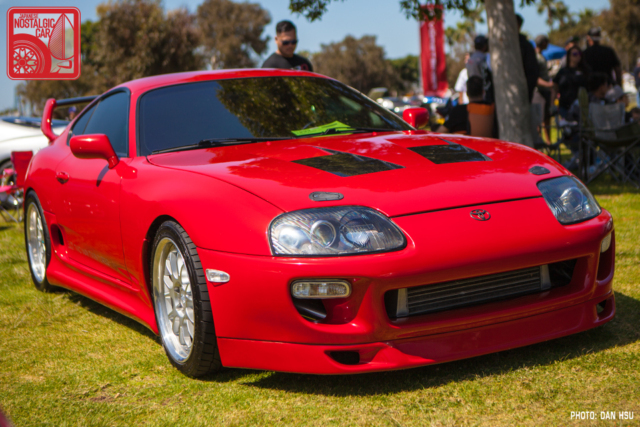 Over its many iterations the Supra has occupied a wide array of automotive niches, from luxury coupe to Wangan racer to drag demon. The fourth-gen alone had vastly different tuning histories depending on which part of the world the car was purchased in.

In the US, especially on the east coast, a JZA80’s fate would likely be an all-out quarter-mile missile like Jordan Gomez’s. It’s actually pretty rare to see a true drag setup with a built 2JZ-GTE whose modifications are too long to list in stock-bodied form. In Japan, an example like Grant Hudson’s Bayside brute would’ve been the norm, outfitted with parts from tuners like Top Secret, Blitz, and Apex’i on Work VS-TX wheels. 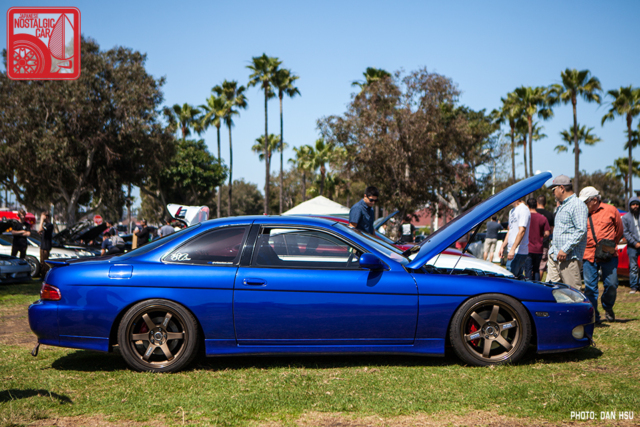 The Supra’s reach extends beyond the model itself. Over the years, its fancier platform sibling the Lexus SC has undergone largely the same tuning styles (though we could also add donks to the list). With an easy 2JZ-GTE swap, owners like Pirooz Vahedian have built what are essentially Supras in evening wear. 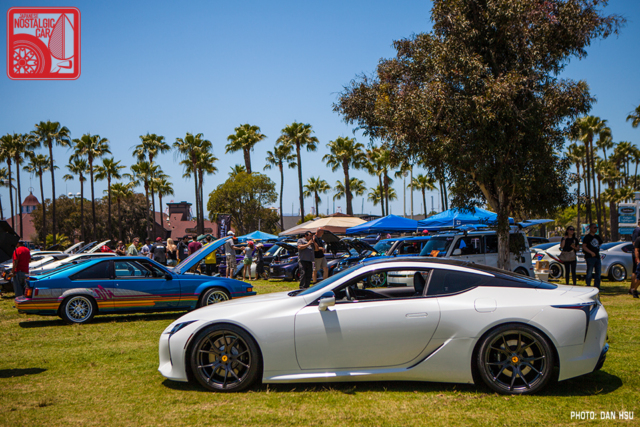 The lack of a Supra in Toyota’s lineup for the past two decades has been an absence long felt. Though Aichi has produced stunning and powerful coupes like the Lexus LC500, something’s just not the same. 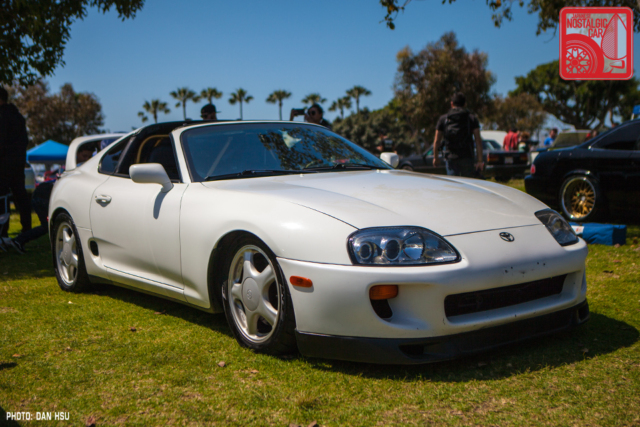 There is a new Supra on its way, but whether it will continue the legend or tarnish the legacy is still in unknown. We hope it carries on the tradition established by its predecessors and does right by all the enthusiasts. After all, the field at Toyotafest has proven they will pour their hearts and souls into their Supras.

permalink.
This post is filed under: Uncategorized and
tagged: a60, a70, A80, supra, toyota, toyotafest.