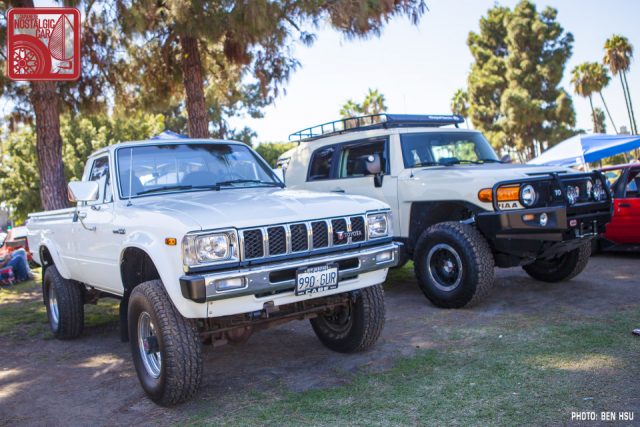 You would think that some of the most indestructable machines built by humankind would be plentiful. Well, yes, but not in show-like condition. Ironically, because Toyota trucks work so damn well they’re used, abused, and then used some more, and vehicles like that don’t tend to stay very shiny for car shows. Nevertheless, some gems managed to survive lo these many years — like Cabe Toyota’s 30-Series 4WD and FJ Cruiser — and JCCS brought out some of the best. 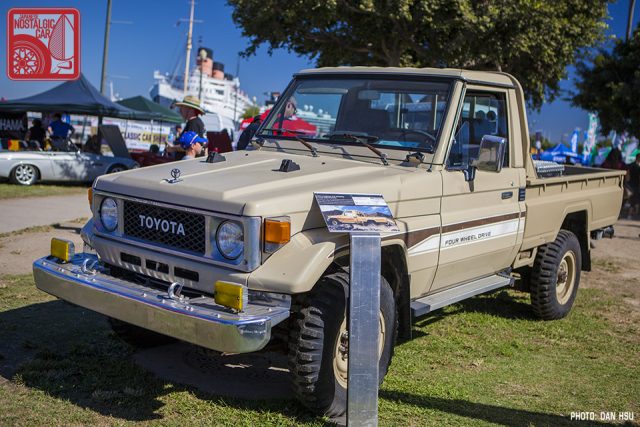 What does a top-ranking exec at Lexus drive? An FJ75 Land Cruiser, apparently. Paul Williamsen’s FJ75 was used by the US Marine Corps during the first Gulf War before it was imported to the US. While the exact date of manufacture is unknown and all of its documentation, including the build plate, is in Arabic. It is believed that it was built sometime in the late 1980s. 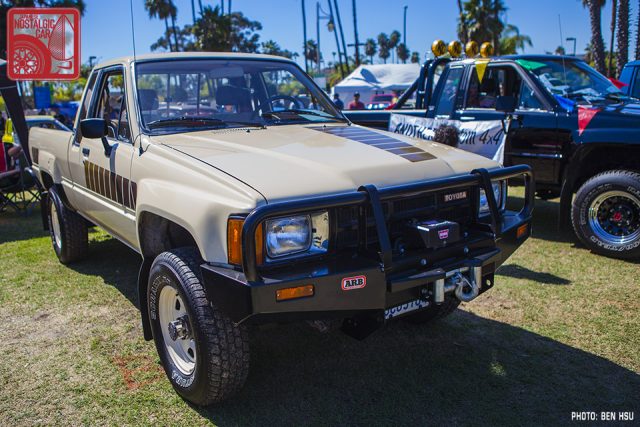 While similar in color, Zeki Abed’s 1985 SR5 4×4 Xtra-Cab has led a somewhat less adventurous life in the States. Still, it has just 125,000 miles — barely broken in for a Toyota truck — and a fresh, original interior. 1985 is also a unique year in that it was the first for electronic fuel injection on the 22R engine but the final year for a solid front axle, a highly sought-after combination. Zeki won second place in the best Toyota Truck & SUV category, while Jack Russo’s Back to the Future tribute won first. 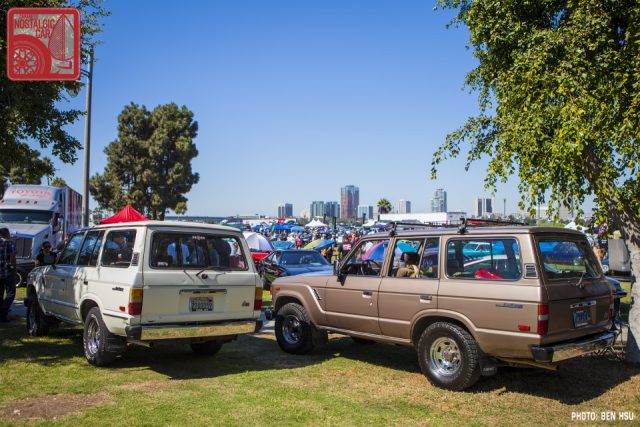 A pair of Land Cruisers represented the FJ60 generation aptly. We drooled at them profusely, as these wagons were basically bulletproof, and have enough cargo capacity to make them high-ranking candidates as a replacement for the JNC Cressida. If anyone knows where to find one that is not rusted and has a clean, original interior, please let us know. 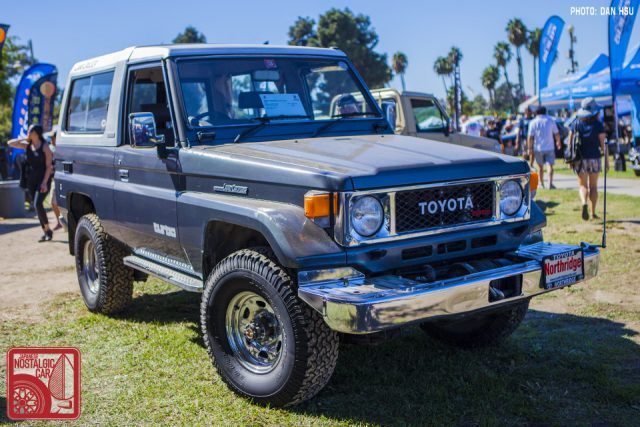 Steve Kopito’s 1989 BJ74 Land Cruiser was a beaut, and unfortunately the 70-series was never sold in the US. With a removable top and a 13BT turbodiesel four, it’s even more perfect for venturing into the most remote and hostile places on earth. Steve’s short-wheelbase two-door was imported from Japan and, incredibly, has only 25,000 miles on the clock. 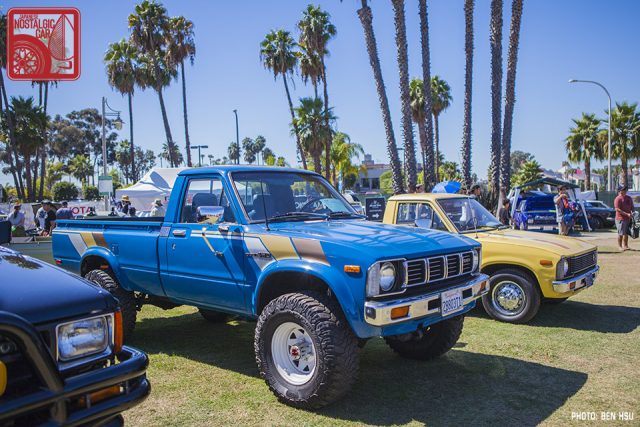 One of our favorites was Sloan Fader’s 1981 SR5 4WD. Finished in proper 857 Medium Blue and garnished with a delectable decal stripe pattern, it is a beautiful example of a classic off-roader. Sloan says it has received a gentle restoration, which is the perfect amount of restoration for such a rig, and his efforts garnered him third place in the Best Toyota Truck & SUV category. 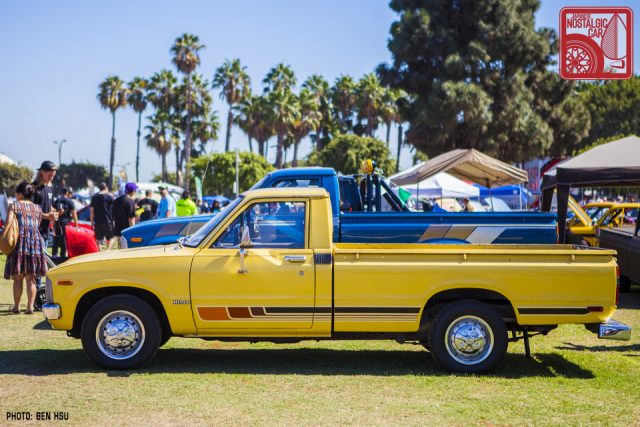 One of our favorite parts about JCCS is its range of vehicles parked near each other for comparison, something you can’t see otherwise without a time machine. Chris Falcioni’s 1980 2WD Long Bed would have been offered alongside Sloan’s blue 4WD above, highlighting the different bodies (note the fender flares), beds, and range of options one could choose back then. It was like teleporting to an early-80s Toyota dealership.