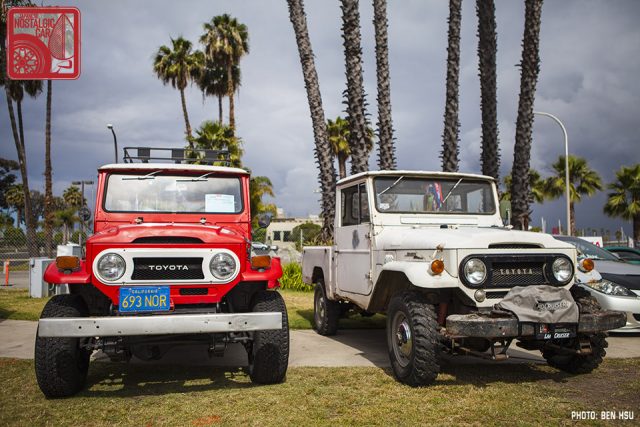 There are three certainties in life: death, taxes, and Toyota trucks. Tales of their indestructibility are told throughout the world, and this year’s Toyotafest saw a variety of Aichi dromedaries from all corners of the globe. 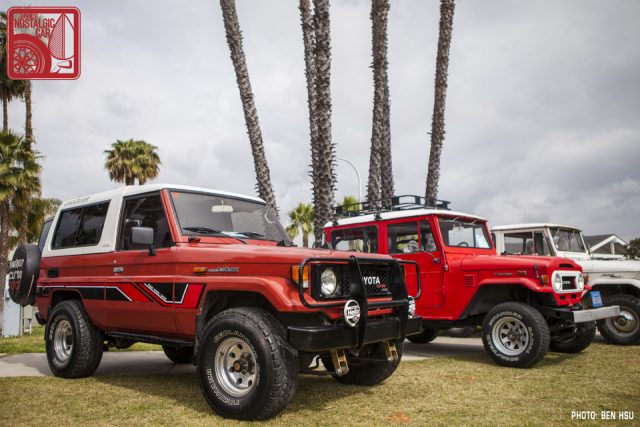 One of the farthest traveled was Eduardo Pabon’s 1987 70-Series turbodiesel. The BJ73 hails all the way from Spain, and remains faithfully original aside from the wheels and a few accoutrements like the Hella driving lamps.

Its 80s-tacular decal package with “turbo,” “four-wheel-drive” and “Land Cruiser” logos on every possible surface are tremendously endearing. Neither the chassis nor engine was ever offered in the US. Though called a BJ73, it doesn’t actually have a B-series motor under the hood. Instead, it’s equipped with a VM HR588 2.5-liter diesel that was available only in Italy and Spain and had only 100,000 kilometers (62,000 miles) on it. 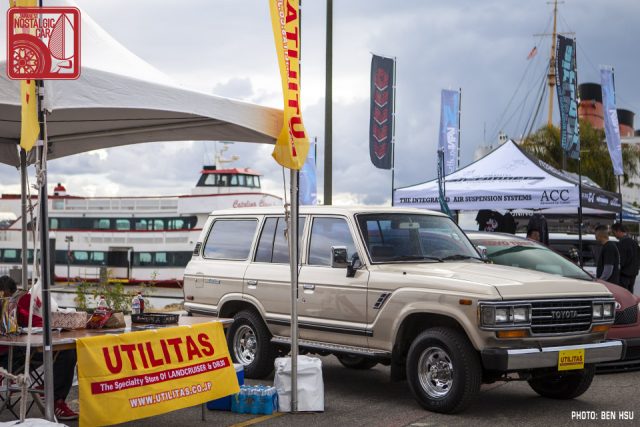 Speaking of well-traveled Land Cruisers, our friends from the Tokyo 60-Series specialty shop Utilitas had their first-ever Toyotafest display. In it was an unbelievably mint, FJ62, recently purchased in the States. After the show, it will board a ship back across the Pacific, destined for a lucky LHD Land Cruiser fan in Japan. 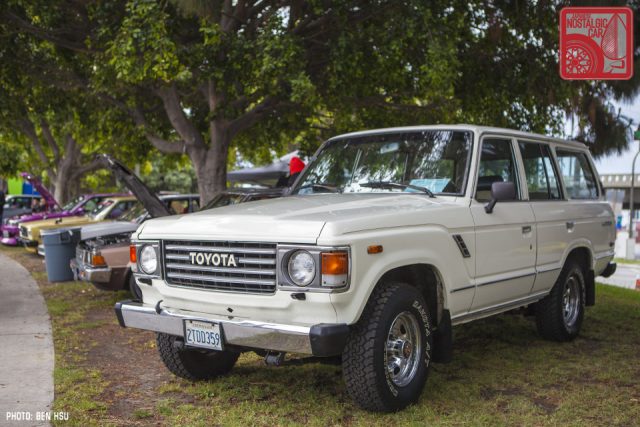 Lloyd Letherman, who has always shown to Toyotafest with a bosozoku-style MX73 or drift-spec MX32 in the past, came this year in his new-old family hauler. Parked at the end of a row with the Cressida brotherhood, his 1984 FJ60 could not have been more different from the slammed sedans. Still, a truer Toyotaku there’s a functional beauty in a proper SUV in utility white. 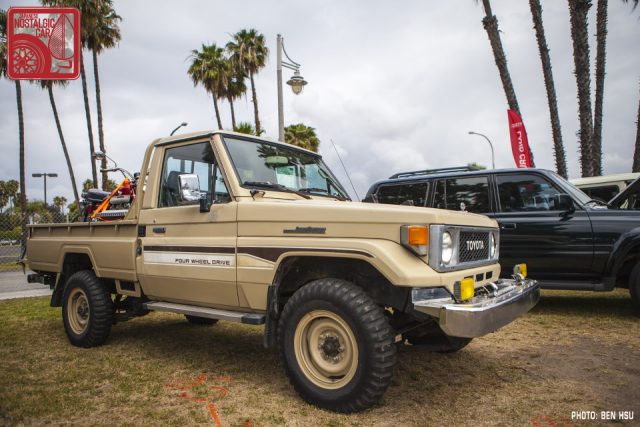 In a field of tough trucks, Paul Williamsen’s FJ75 was perhaps the toughest. Built for the US Marine Corps in Saudi Arabia, it served during the first Gulf War before it was imported to the US. While the exact date of manufacture is unknown and all of its documentation, including the build plate, is in an Arabic language, it is believed that it was built sometime in the late 1980s. 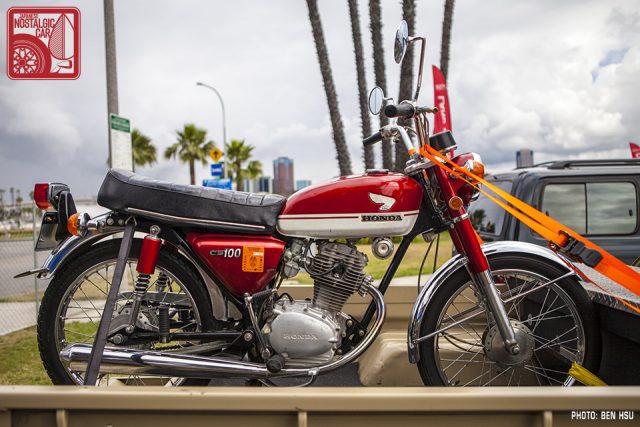 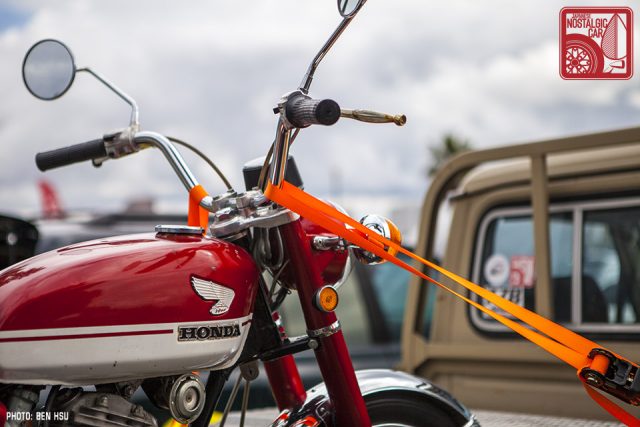 At Toyotafest it was used to haul Paul’s all-original 1978 Honda CB100, but it’s capable of much more. The highest load-rated Land Cruiser of its time, the rear suspension consists of a 10-pack of leaf springs and a the rear bumper was removed to accommodate a military-grade pintle hook-style hitch. It also came with a bed-mounted high-lift jack, as well as a removable roof and fold-down windshield for easy transport. The 3F inline-six is good for 150 horsepower and is mated to a 5-speed manual with a vacuum-assisted clutch. There is perhaps no better vehicle for the apocalypse than this. 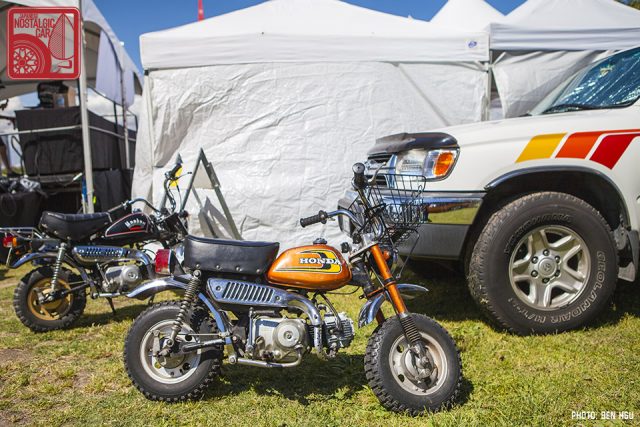 Speaking of Honda bikes, the Toyotafest staff used Z50 and  Monkey bikes to zip around the Queen Mary grounds. The awesome 4Runner with vintage Toyota racing colors is owned by Koji Yamaguchi, one of the show’s organizers. 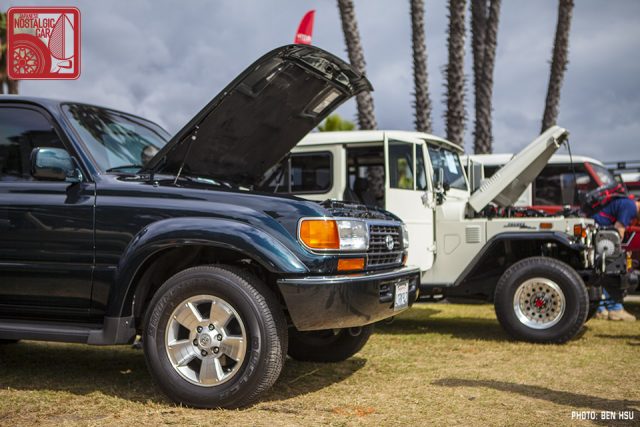 Marcelo Montoya is a Land Cruiser fanatic, and brought two of the cleanest examples you’ll find anywhere. There are a lot of nicely built FJ40s these days, and his 1973 is no exception. However, appreciation for FZJ80s has yet to reach fever pitch, which makes Marcelo’s stunningly clean 1993 so drool-worthy. Aside from an upgrade to 17-inch Tundra rims, it looks like it just rolled out of a showroom. 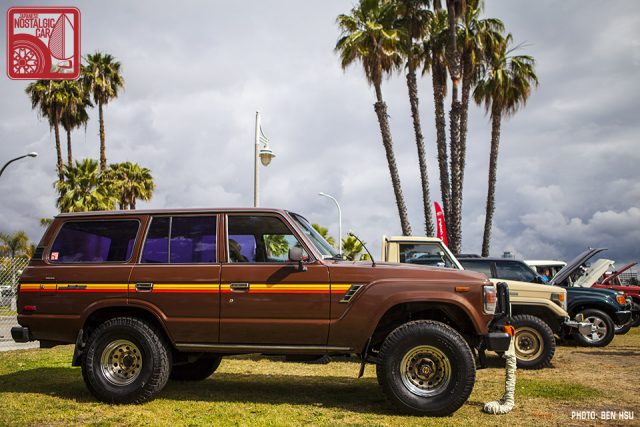 Emerging from the woodwork in its first Toyotafest showing was an FJ60 that’s been in the family of its original owners since new. It was lightly modified in period with a brush guard, incredible, era-appropriate “Super Off-Roader” auxiliary lamps, and an achingly cool decal package. It’s pretty much impossible to find a cooler time capsule than this. 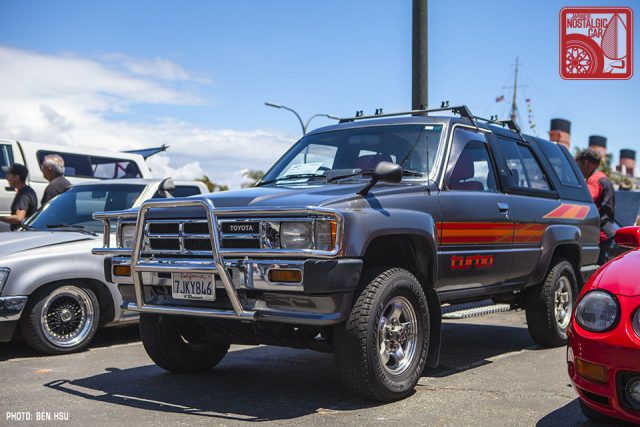 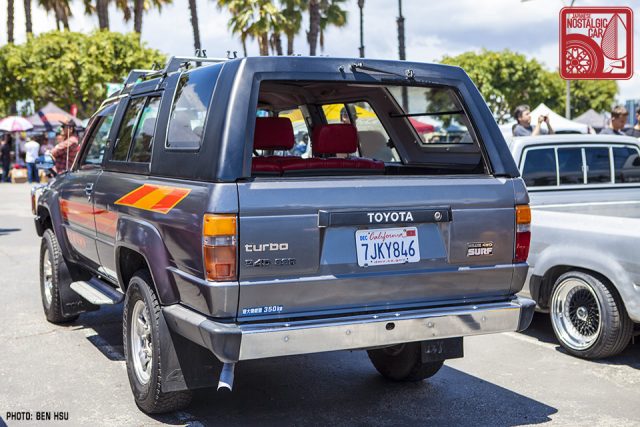 Excellence in decal packages was clearly a hallmark of Toyota SUVs. Even in base SSR trim, Lou Bircheff’s JDM Hilux Surf did not disappoint. Offered with a 2.4-liter 2L-TE turbodiesel four-cylinder, it stays true to its name, appearing to be the perfect 80s surf wagon. You can easily imagine a pair of longboards sticking out of the retractable rear window. 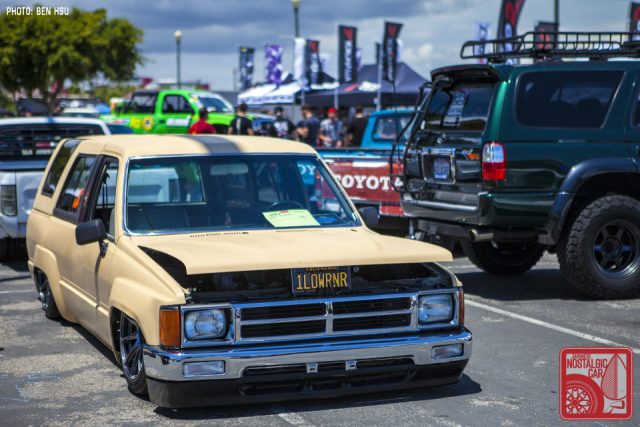 Toyotas have so much off-roading capability. You might even get bored with off-roading. Then you might want to drop your 4Runner on airbags like Luis Soto did. 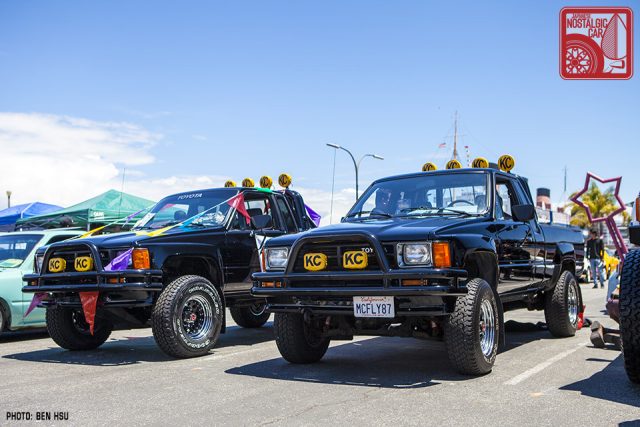 We’ve seen Back to the Future Toyota pickups at previous Toyotafests, but only one at a time. This year, theere were two. Perhaps they’re actually the same truck, one traveling back in time to meet up with itself. Closer inspection revealed that couldn’t have been the case. One had a 2.4-liter 22R-E inline-four, and the other a 3.0-liter 3VZ-E V6. The question is, which one did Marty have in the film? 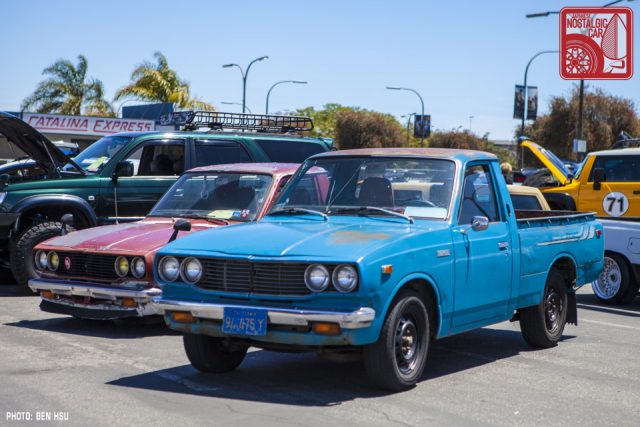 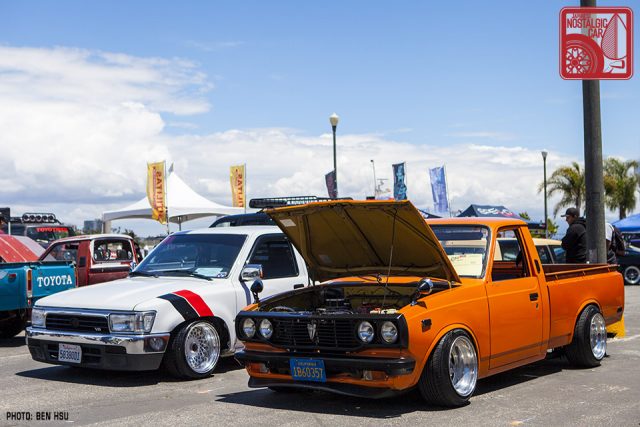 Nearby, a corral of RN23 Hiluxes gathered under plenty of patina, along with a 1990 V6 pickup with a chromey 4Runner front-end swap. 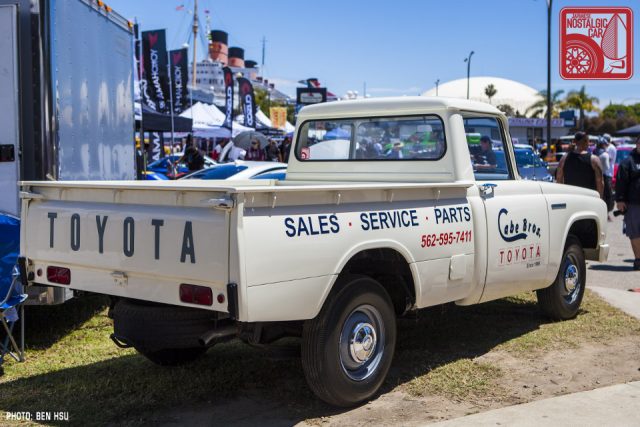 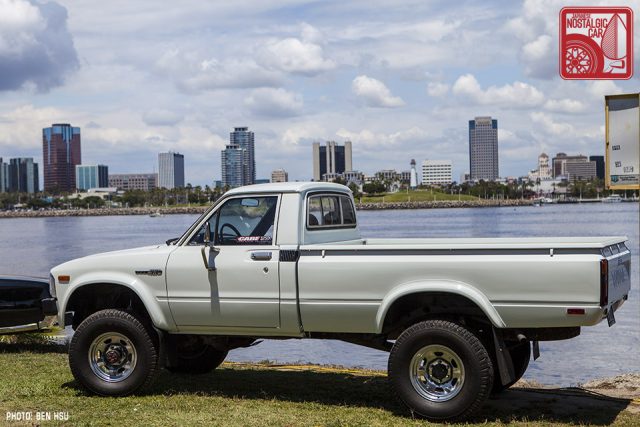 We end this installment on some trucks that have lived closest to home. Our friends at Cabe Toyota of Long Beach were present with a booth full of hard-to-find Toyota parts for sale. Their long-time shop truck, a Toyota Stout, was joined this year by an N30 long-bed 4×4. Both were in incredible condition for their respective ages, and will surely survive long after the cockroaches inherit the Earth.