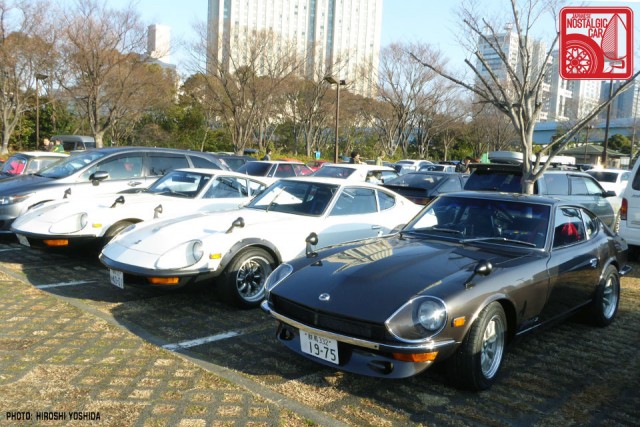 Closing out our coverage of the 2015 New Year Meeting, we make a quick run through the show’s parking area. Thanks to the Japanese protocol of backing into their parking spaces, we were able to get full views of spectators’ rides to the show unobstructed by vans and kei cars. As is typical of Japan, even many areas of the parking lot were beautifully paved with a concrete lattice over manicured grass.

Early comers were able to secure adjacent spaces for similar rides, as was the case for these Fairladies. Here, twin G-noses were joined by what appears to be a fuel-injected 1975 example equipped with an SCCN air dam. 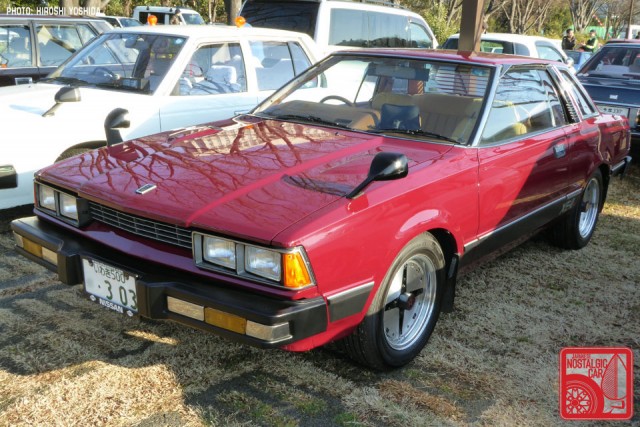 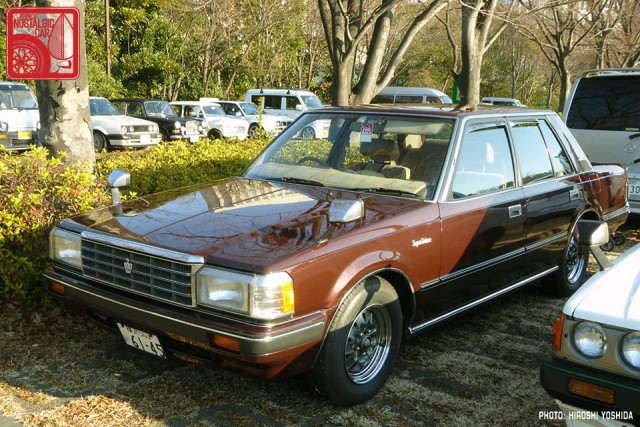 An S120 Toyota Crown Super Saloon on MS51 steelies exuded a muted dignity. Brown is a rarely observed shade for these stately sedans, which are usually found in black or white. 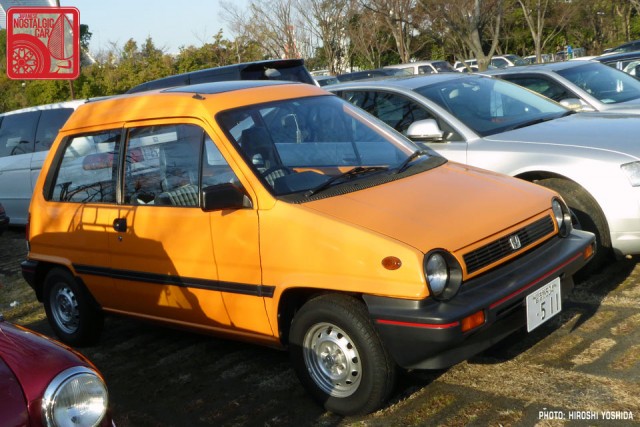 On the opposite end of the spectrum was a rare high-roof Honda City, perfectly optioned with its sunroof, plaid interior and perhaps one of the last solid bright oranges to emerge from any OEM paint booth. 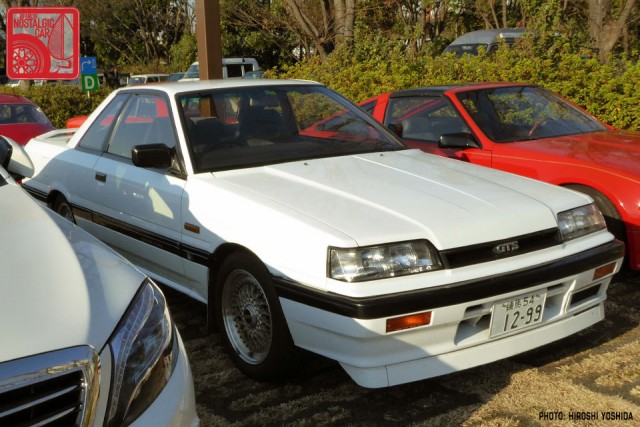 An R31 Skyline GTS Turbo, unapologetically 80s in is boxy styling and considered a barge when new, is today dwarfed by an modern S-Class Mercedes. 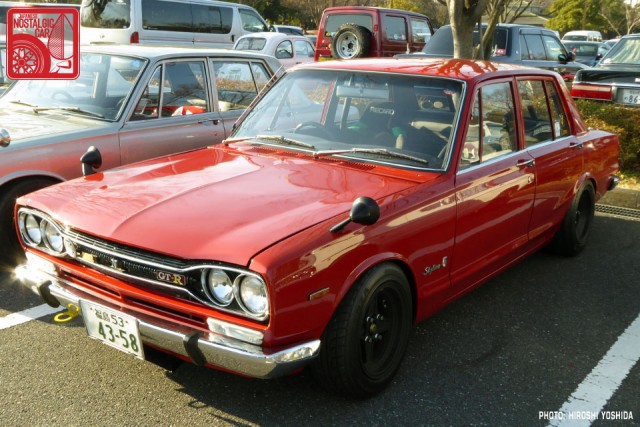 Parked as a group were a trio of four-door Hakosuka Skylines, including a red example with a two-digit license plate indicating a one-owner car since new. Beside it, a silver example sported a rare early grille. 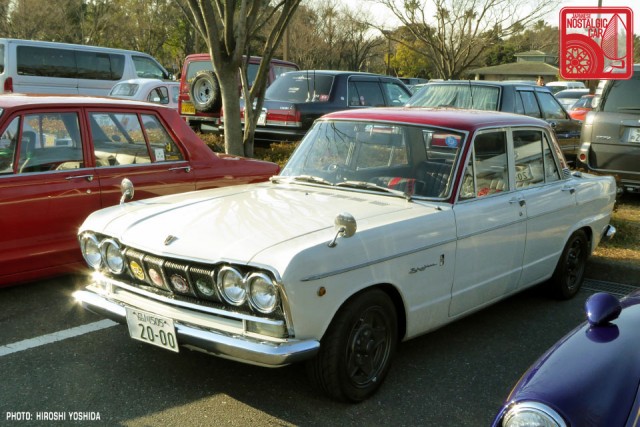 Flanking the triplets were an R32 GT-R and this, a Prince Skyline GT-B decked out in its iconic OEM white and red paint scheme inspired of Tetsu Ikuzawa‘s Japan GP car and symbolic of Japan’s national race colors.

For Subaru fans, two generations of Alcyones arrived, though sadly not together. Sold in the US as the XT and the SVX, the former is tragically rare, even in Japan, and this example has the added bonus of turbocharging. 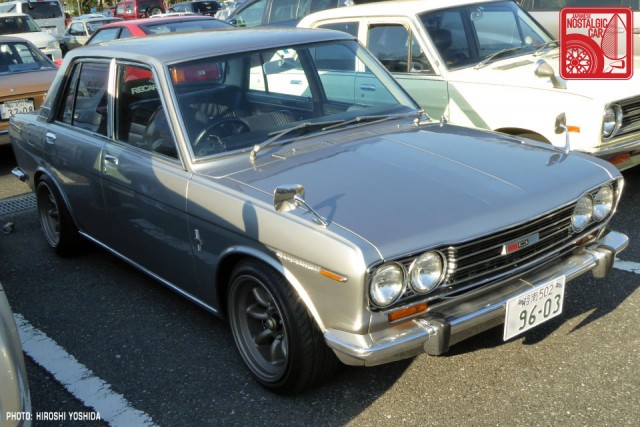 A silver Bluebird sedan on perfectly complemented gunmetal Wats caught our eye simply because we don’t see many 510s done in such a clean, largely original style here in the States. It even has a rare JDM 1968 factory grille.

Last of the RWD Bluebirds, the 910 does indeeed have a small following in Japan. The examples we found in the parking area were a bit rough and have yet to be turned into bosozoku sleds. Hopefully they will receive new life under the care of devoted owners.

Further afield, a pair of white Fairladies lurked, one likely with modern mods with some resemblance to Wangan Midnight‘s Devil Z, the other a period racer with beefy Hayashi Streets and vertical wiper adaptation. 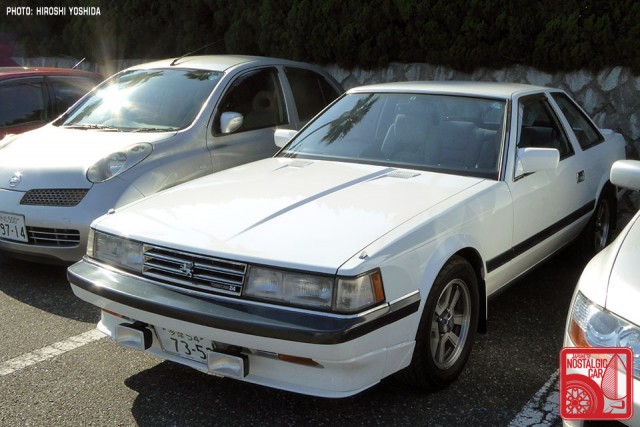 Against a wall was a Z10 Soarer, the first of a long line of pre-Lexus Toyota luxury GTs. This one seemed to be well preserved and largely original except for the addition of a pair of driving lights. 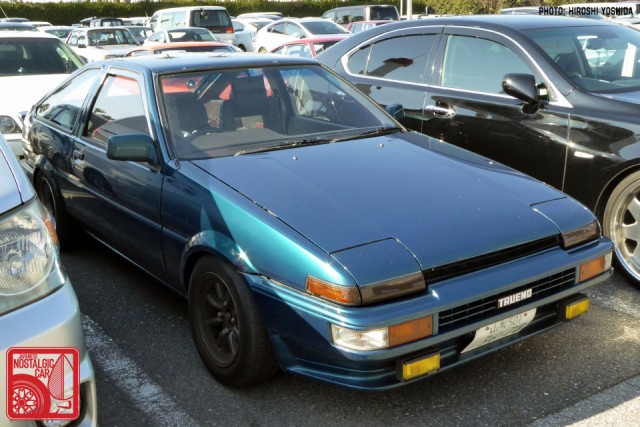 Nearby, a pair of rough-and-tumble Corolla Levins wore a collection of JDM parts that would be traded like they were made of gold baby teeth among US-bound AE86 owners, but in Japan they’re just old drift rod guardrail fodder. Meanwhile, a well-used blue Sprinter Trueno would make an excellent California driver, but in Japan it’s just middle-of-the-road. 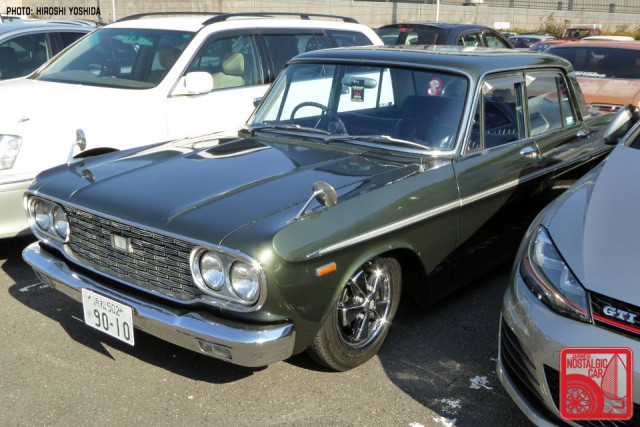 Amazingly, an S40 Crown on Fuchs wheels and moderate slammage can have an entire beltline that sits below the hood of a modern VW GTI. 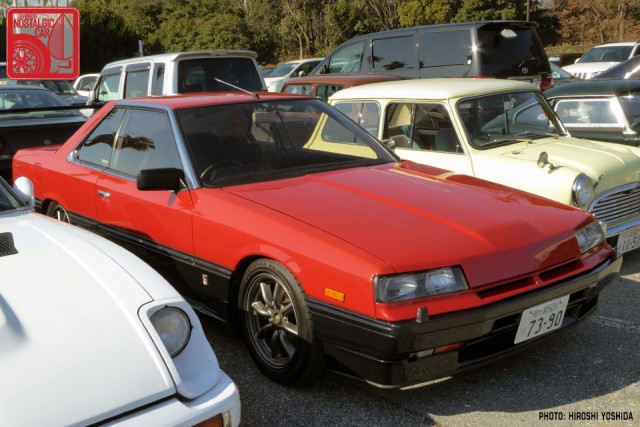 A tekamen DR30 Skyline in its signature red-on-black two-tone lay in wait, its chrome A-pillars gleaming between an S130 Z and a pre-BMW Mini. 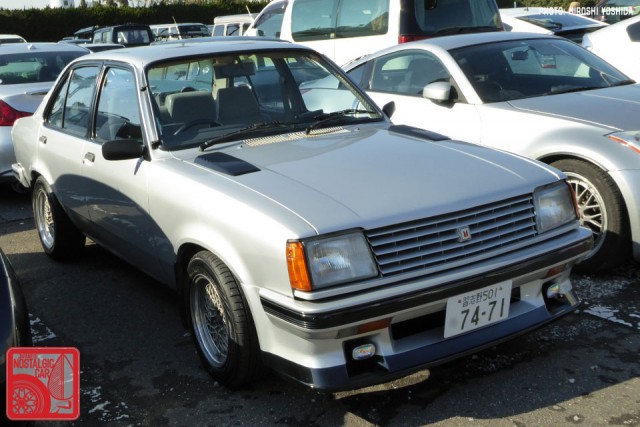 The Isuzu Geminis are almost all gone nowadays, but this rally-inspired 1800 ZZ/R twin-cam sedan soldiers on proudly, representing the pinnacle of a model that spanned 13 years in continuous production. 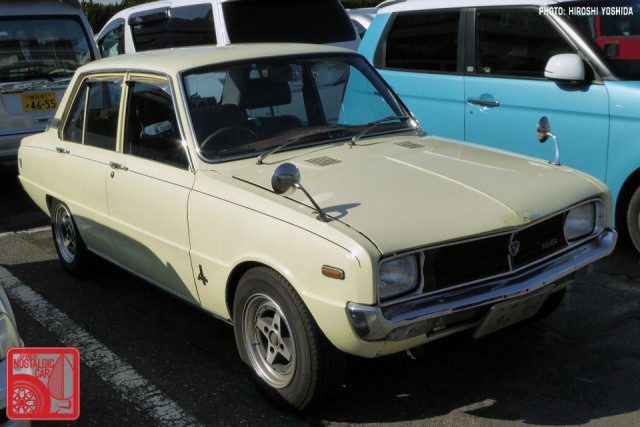 Sharing the same platform as what Americans would call an R100, a very rare Mazda Familia Rotary Sedan defied the odds of survival, as the coupe was more popular as a platform for preservation. Sitting on Hayashi Command 500s, it cast almost the same shadow as a Honda N-One kei car. 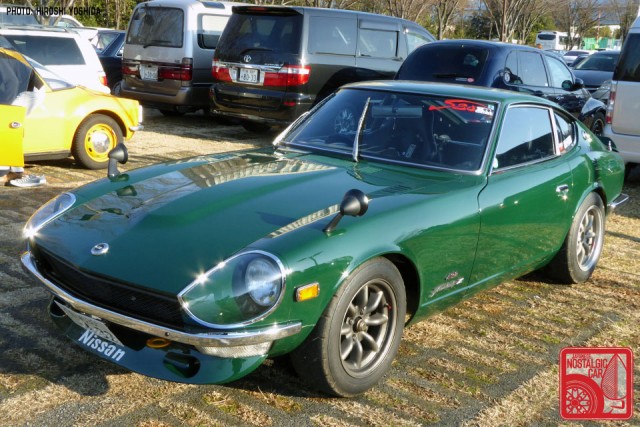 And finally, our coverage comes to a close with a genuine Nissan Fairlady Z432. Equipped with a Sports Car Club of Nissan lip and bearing the insignia of the S20 Club, it is one of the only we’ve spotted in what could legitimately count as “in the wild.”