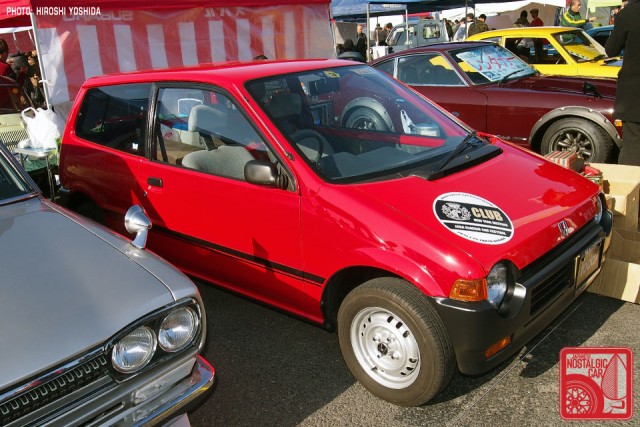 Today (no pun intended!) we take a look at the classic city cars that showed up at the New Year Meeting. Some, like this happy red Honda Today, are kei cars, but not all. As you might remember, the Today was the star car in You’re Under Arrest!, the surprisingly vehicle-accurate manga and anime series, but it was also notable enough to be featured in Gran Turismo 4. Like many 80s Hondas, it had such stupendous packaging that it looks proportionally larger than a kei car and has excellent (we’ve heard) handling as well. 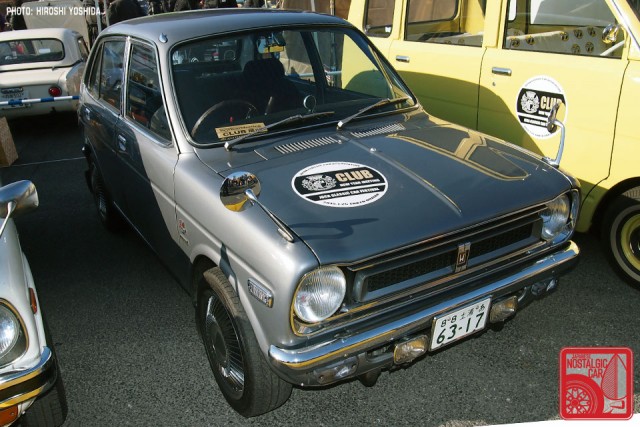 Preceding the Today was another Honda kei car, the Yesterday. Just kidding, it was called the Life. Its 360cc engine was notable for being the first Japanese motor to adopt a timing belt.

Life production ended after just one generation in 1974 so that the factory could make room for production of the unexpected worldwide hit that was the first-generation Honda Civic. Members of the 1st Gen Civic Club brought a variety of the game-changing compact, from sedans to coupes to the Japan-only top-spec RS performance version. 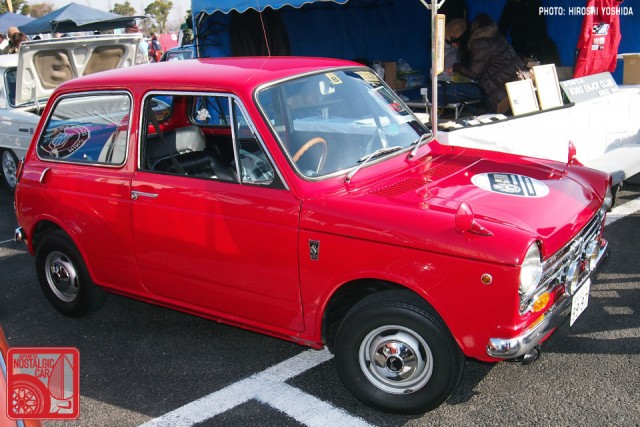 Seen here is a very rare Honda N360S, a sport version of the N-Series kei car. It came with painted fender mirrors, a special duct for the rear vent, sport wheels reminiscent of the S-Series, driving lights and more. The fender emblem reads “Type S N360,” predating Acura’s use of the “Type S” trim level by over 30 years.

This year also had one of the most substantial gatherings of Toyota Publicas ever to grace a New Year Meeting, including a convertible model on Sports 800 racing wheels and a pickup version. Despite the name, these were not kei cars and came with 700- and 800-cc engines, double what a typical kei car of the era was limited to. They had quite a sporty reputation with sports car like features such a 4-speed transmission and double-wishbone front suspension with sway bar. Of particular interest was a yellow one wearing rare Bridgestone Zona wheels. 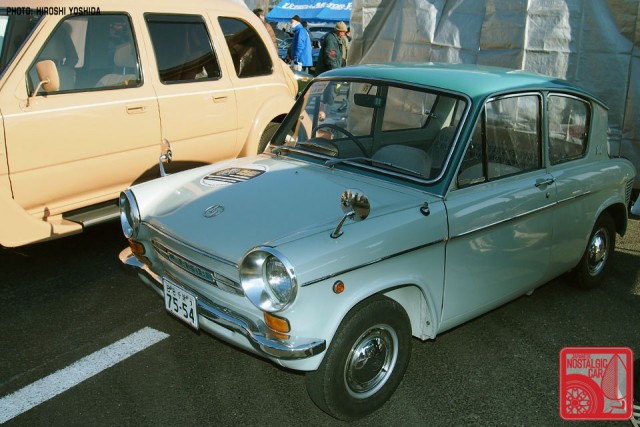 The Carol was Mazda’s rear-engined entry into the kei car wars of the 1960s. In sedan form it was quite popular with families, but this is a unusual two-door version. Its scarcity is compounded by the fact that it’s also an rarely seen color combination of light and dark green two-tone. 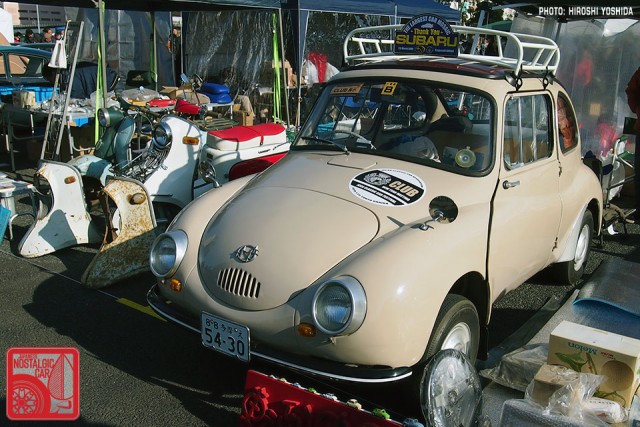 Nearby was a very early example of the iconic kei car. Ready for adventure with a safari roof rack, it was surrounded by hard-to-find period accessories and a parts for its parent company’s other Showa Era icon, the Fuji Rabbit scooter. 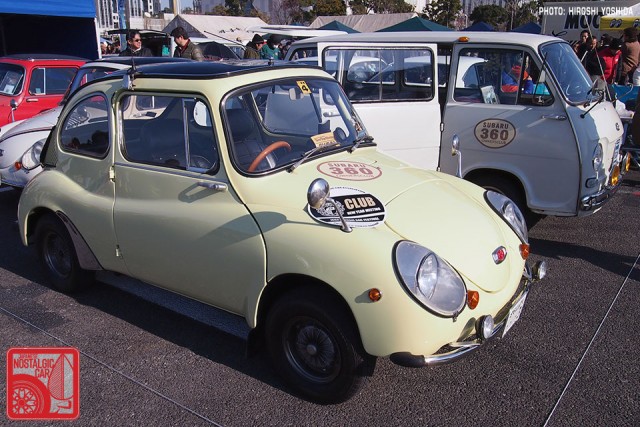 The Subaru 360 club came out in full force, as they do ever year. Note the larger headlights and grille-less hood of this later model. We’ve seen this exact car in the wild, during a Grand Touring segment in Nagano Prefecture. It’s great to see cars like these be treated to both long drives and car show displays. 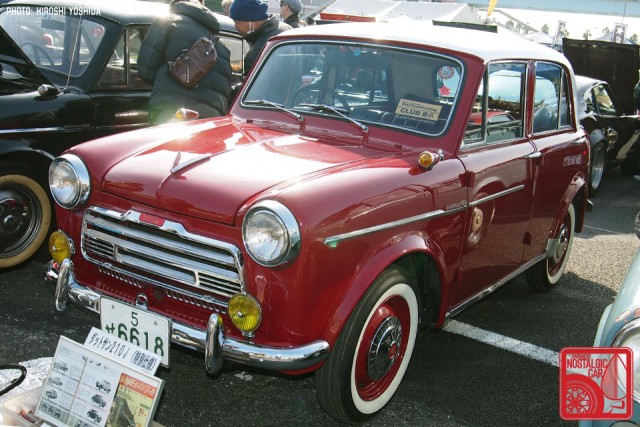 The Datsun 210 was Nissan’s bread and butter car for much of the 50s and is notable for being one of its first major exported models. Two cars very much like this finely restored sedan was what the recently passed Yutaka Mr K Katayama used to launch Nissan’s first international motorsports campaign. 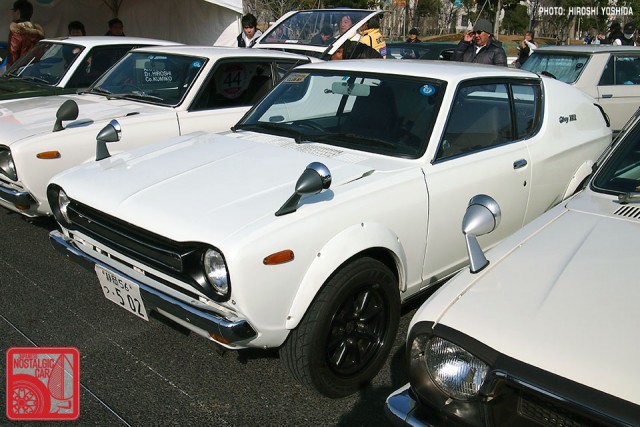 We saw some competition versions of Nissan’s first front-driver, the Cherry, in Part 05. The X-1 Coupe was the sport body style, but these X-1R Coupes were the “race” editions, which Nissan gave massive fender flares and lightened interiors straight from the factory. 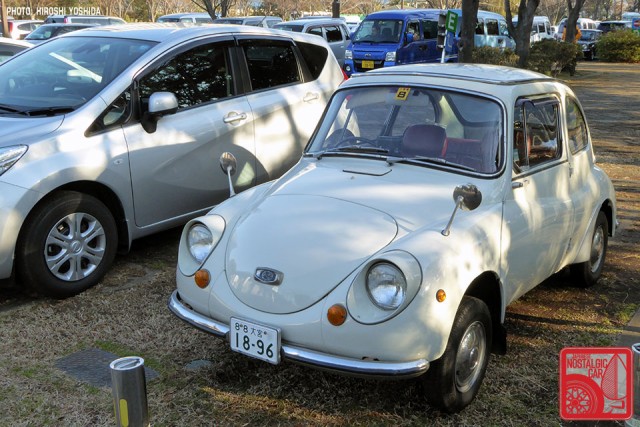 Even the parking area was filled with compacts. You simply cannot get more Showa nostalgic than driving your Subaru 360 to the New Year Meeting. The white-on-red color combination is simply gorgeous. 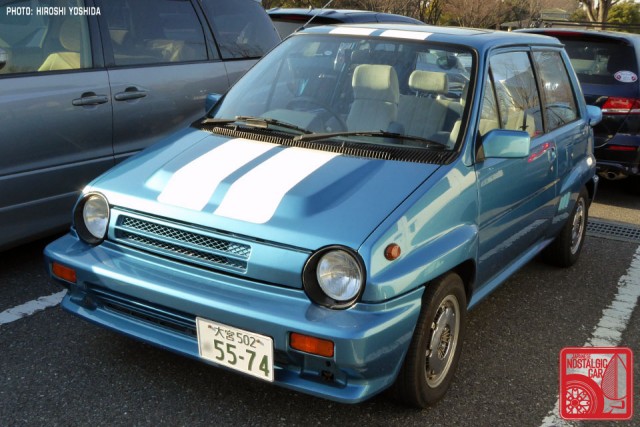 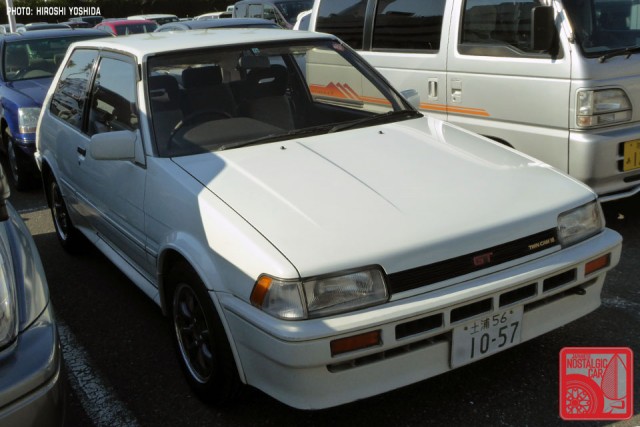 Further afield, a front-drive Toyota Corolla FX 16000 twin-cam provided a good size-comparison for a Honda Acty kei van decorated with a mountain moftif decal package. The two-digit license plate indicates that this “2-box upperclassman,” as it was called in  Toyota marketing efforts, likely had the same owner since new. 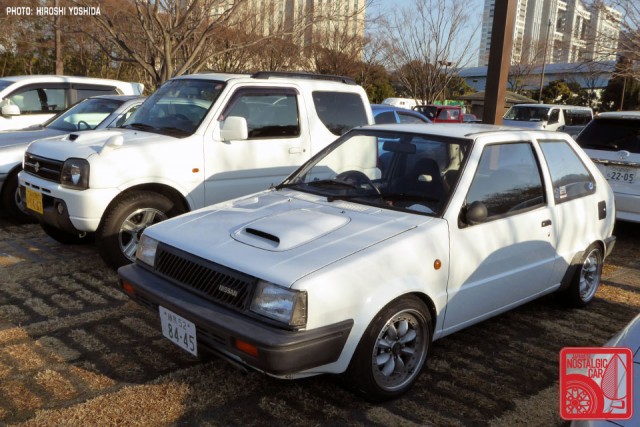 And last but not least, we found an early K10 Nissan March R, the hot hatch with Nissan’s Super Turbo engine that, as the name implies, was both super- and turbo-charged. Beside it was a Suzuki Jimny kei truck with matching hood scoop.