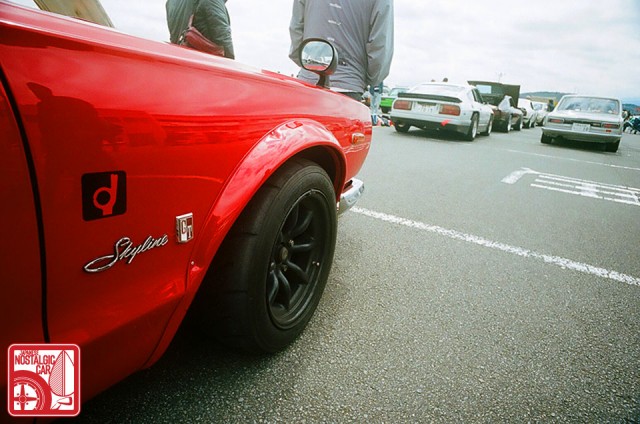 In Part 01 of our 2012 Fuji Jamboree coverage we focused on machines that took to the Speedway. Blood red hakosuka with Okamoto logos? You know those black Wats are ready to cut loose on Fuji’s tarmac. However, as every good otaku knows, the parking area of any Japanese car fest puts on just a good a show as the event itself. 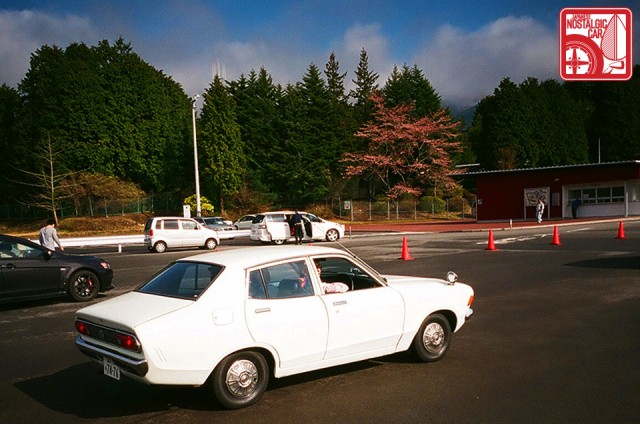 The B210 is one of the lesser loved Datsuns, but amidst a sea of kei boxes it’s positively endearing and perfectly sized for cruising Japan’s narrow streets. A bone stock sedan with its original hubcaps won’t be lighting up the circuit like its TS Cup brethren, but if you’re headed to Fuji you might as well arrive in style. 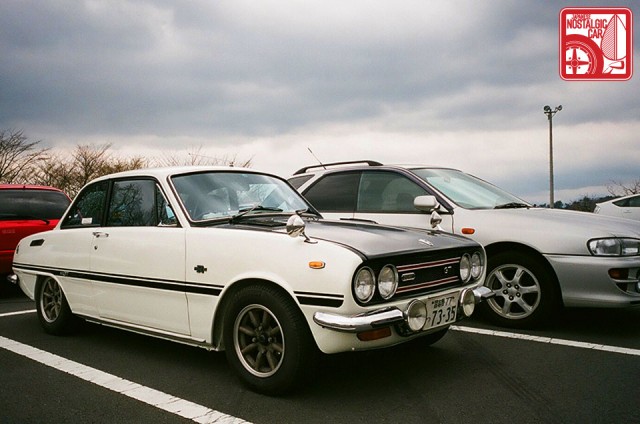 Everyone in Japan parks ass-in. Some say it’s because pushing a car into a narrow space is easier than pulling in, and while that is true even the smallest kei jidosha reverses into its comparatively vast spot. Whatever the reason we love the practice because it affords us shots like this, in which an Isuzu Bellett is ready to launch into action at a moment’s notice. 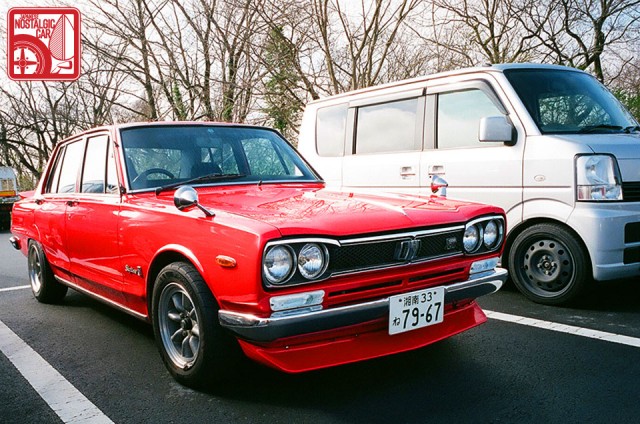 The vast majority of Japan’s cars are white, black, or some gradient of gray in between, so a hako furnished in red and chrome is pretty striking. It remains proudly unslammed as well; even the Mazda Scrum beside it is rocking sportier fitment on its steelies. 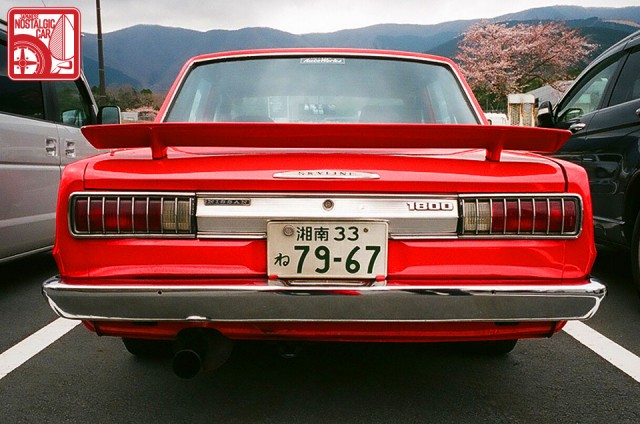 In contrast to the many GT-R clones out there, the crimson GC10 wears its 1800 badges and corresponding prison bar taillights with no shame. Note the long garnish between the lights, which is absent on the GT-R. 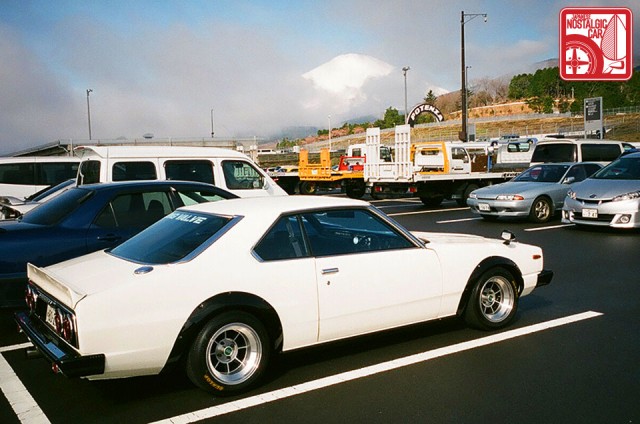 We found a stately Skyline Japan on Hayashi Streets and old school Dunlops parked in the shadow of a snow-covered Mt. Fuji. You won’t see many hitched trailers among the race team support vehicles; flatbeds are the race car hauler of choice in Japan. 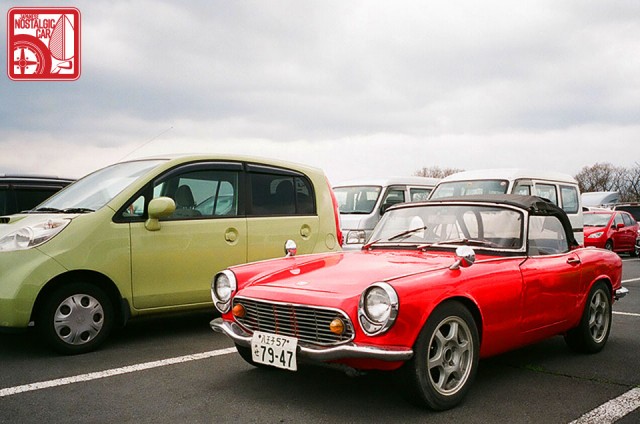 Elsewhere in the lot a Honda S600 parks beside its progeny of many generations, a mid-2000s Honda Life kei car in Matcha Creme (the color of a green tea latte). Modern wheels simply don’t do the S-car justice. We still can’t get that yellow demon from Part 01 out of our heads. 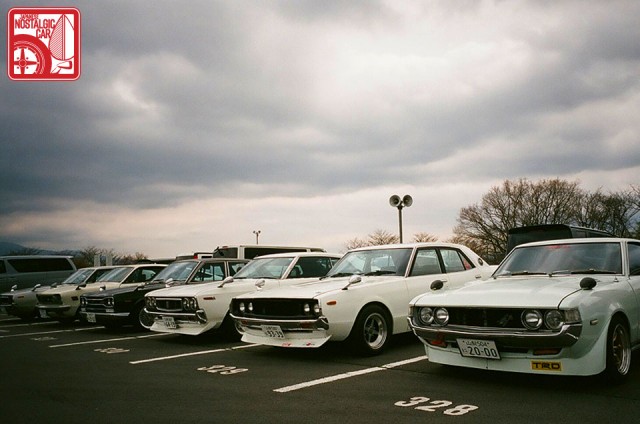 In the gold mine of this particular parking area we found a lineup of iconic Showa sleds — daruma, yonmeri, butaketsu, hakosuka, Sunny Excellent and kenmeri. One must learn a new language to talk about Nihon steel, because the Japanese take their nicknames seriously. 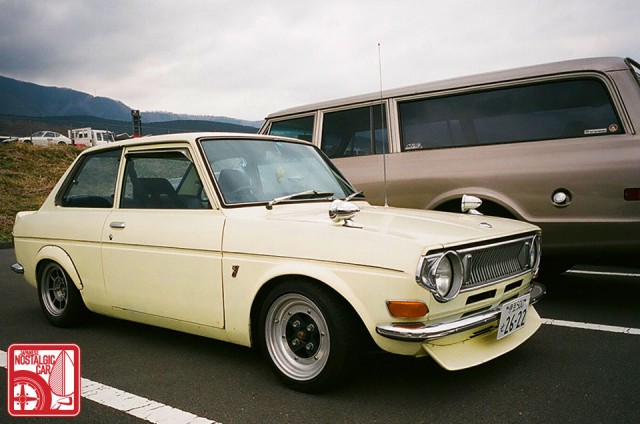 Another one of those stark contrasts you can only see in Japan — a dropped KP30 Publica wearing the smallest SSR MkIIs that we’ve ever seen right beside a behemoth of a seventh-gen Suburban. Naturally, the owner of that Chevy deposited it with what some Japanese call “American style parking.” 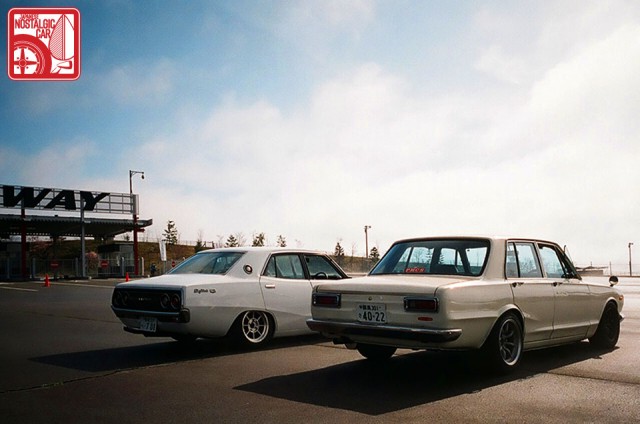 Before we say our final goodbyes to Fuji Speedway, a parting shot of two wicked Skyline sedans that would floor any gaijin Nissan nut just cold chillin’ like it’s the most normal thing in the world. Such is the magic of the Immortal Volcano.

Photos by Skorj, our man in Japan. You can see more of his work at Filmwasters.