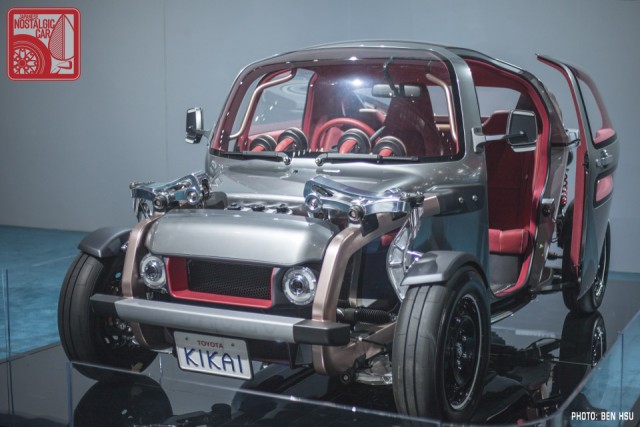 One of the funkiest concepts to come from the Tokyo Motor Show last year was the Toyota Kikai, a steampunkish, Miyazakian retro hot rod. It’s a re-imagining of the automobile for a world where mechanical objects are things of beauty to be shown, not hidden. Toyota shipped the Kikai halfway around the world for the Detroit Auto Show this week, and updated it for an American audience along the way. Can you spot the differences? 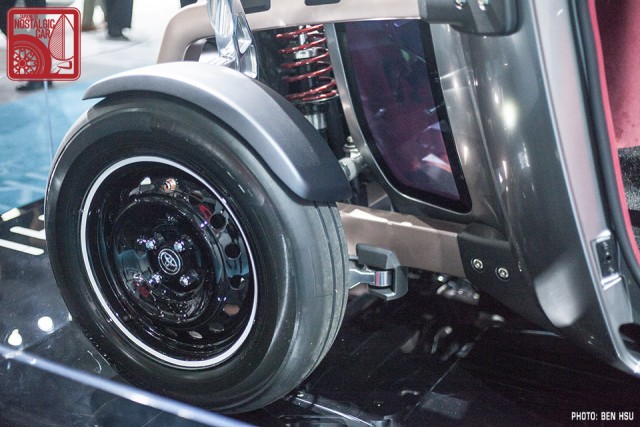 For one, the wheels are new. Instead alloys that merely resemble steelies, Toyota has replaced them with actual steelies, painted black, with a thin white line that’s on the rim itself, not the tires. 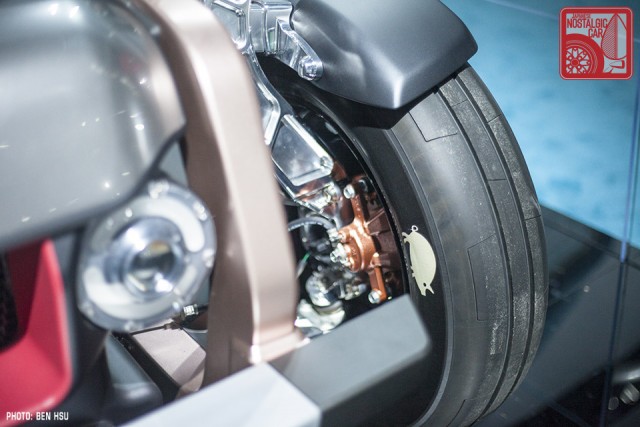 You’ll be pleased to know, however, that the mysterious pigs are still there. In the Tokyo version, the pigs were black because the tires were reverse-mounted whitewalls. Here, they’re white on a standard black sidewall but still cute as ever. 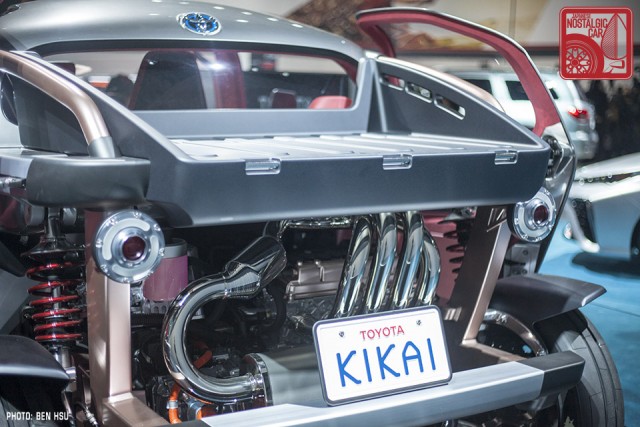 In Japan, the car was shown with a license plate that resembled 1930s-style Japanese plates. Here, they’ve changed them to modern California style red-and-blues. The “Kikai” is still in the old font, but the “Toyota” has been updated to the company’s trademark Helvetica. Perhaps a missed opportunity to use yellow-on-black plates? 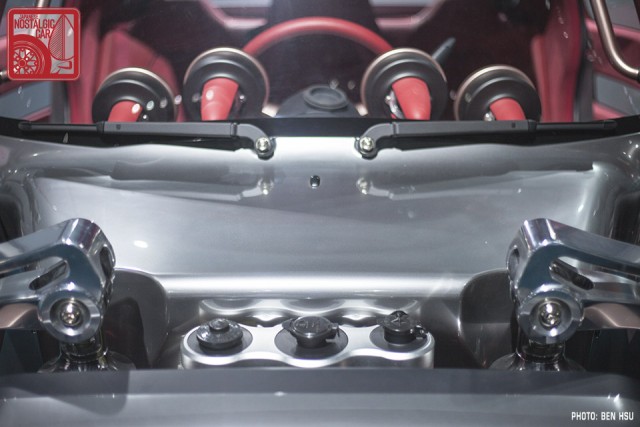 With the Kikai off the turntables and just a short partition separating it from the riff-raff, we were able to get a look at some its finer details. Check out how the fillers for the brake fluid, windshield washer and coolant overflow are their own little work of art. 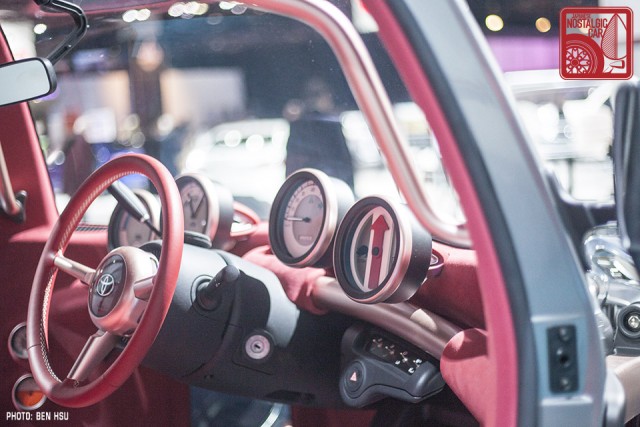 Here’s as close as we could get to the little piggy mileage marker on the instrument cluster. It’s there, to the left of the arrow. 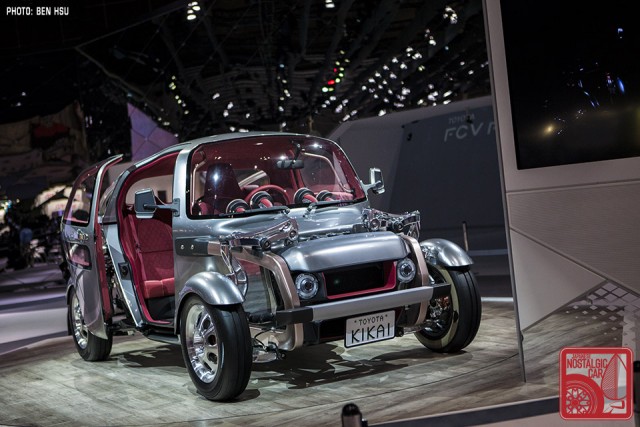 And lastly, here’s a shot from Tokyo for comparison. We love whimsical designs like the Kikai, and I think we can safely say that the world would be a better place if more automakers made cool stuff like this.

permalink.
This post is filed under: News, toyota and
tagged: Kikai, toyota.

6 Responses to DETROIT: Toyota Kikai gets an American makeover