Decorate your home with this Nissan Skyline 60th anniversary merch 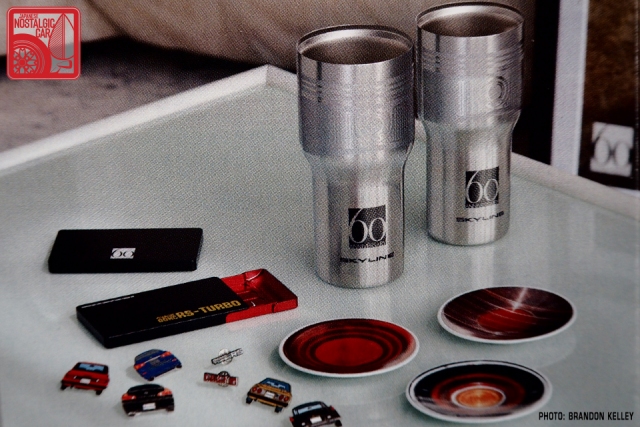 Although the Skyline’s official birthday was back in April, the 60th birthday party for Nissan’s most famous model is still in full swing. The company has developed an entire catalog of goods that are all themed around the Skyline. While most automaker apparel is cringeworthy, some of these items are actually neat enough that you wouldn’t be embarrassed to have them around the house. 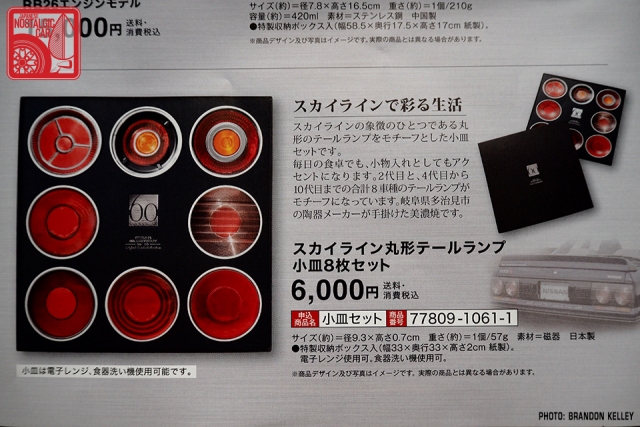 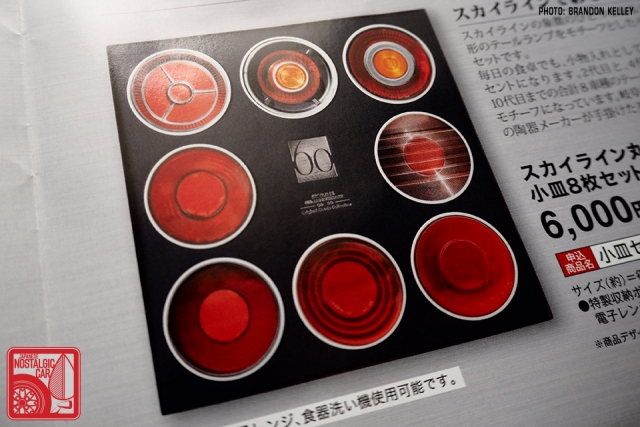 Perhaps the coolest item on the list is a set of nine small dishes. Each one has the iconic round taillight pattern from one of nine generations of Skyline, from the Prince S54 to the R34. Your dipping sauces have never been so classy, and for ¥6,000 (about $60), they are quite reasonably priced, considering the typical prices of Japanese dipping sauce dishes. 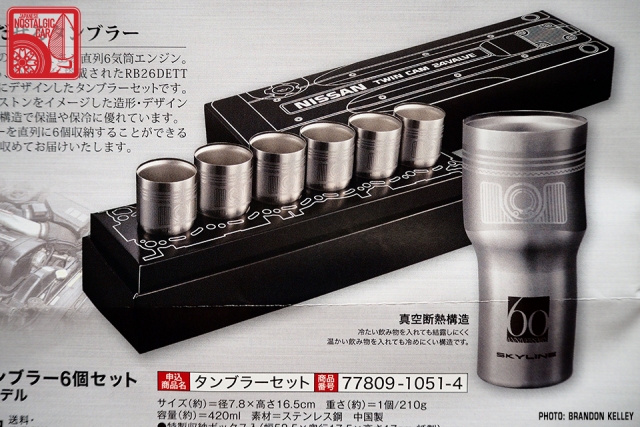 Also incredibly cool is a stainless steel tumbler set that evokes an RB26 engine. The black case has the renowned R32 Skyline GT-R straight-six’s valve cover pattern on the lid, and when you open it the tumblers serve as six pistons, complete with rings and pin patterns on each one. The lower half of the case has the block and head gasket pattern of the RB as well. At ¥15,000 ($150), these are a bit pricier, but still cheaper than an actual RB26. 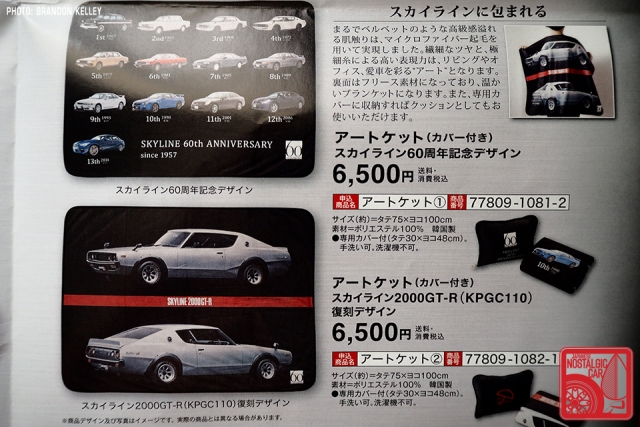 Blankets and pillows depicting various generations of the Skyline can help you rest in comfort. Just because you’re asleep doesn’t mean you have to give up your Skyline dreams. 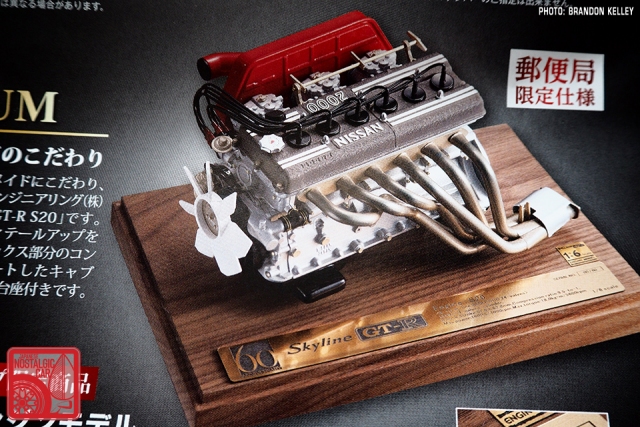 You can also get a highly detailed 1:6 scale model of the legendary S20 engine. These appear to be made by Kusaka Enginering, who makes an entire series of Skyline and GT-R motors. This one, however, is mounted on a base that wears a unique 60th anniversary plaque. It can be yours for ¥120,000 ($1,200). 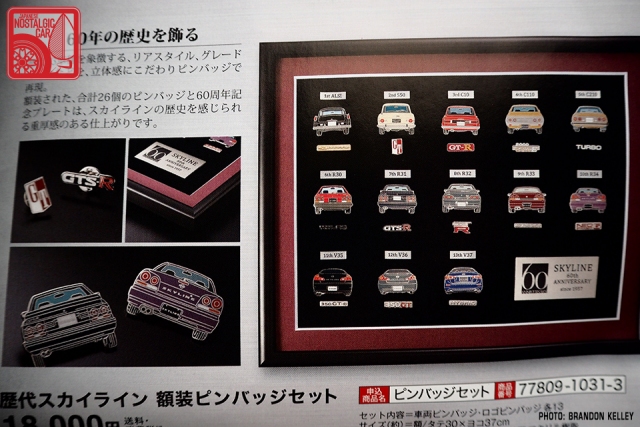 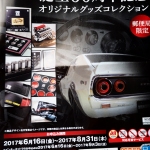 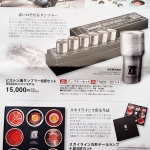 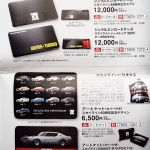 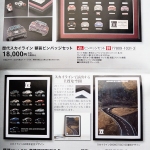 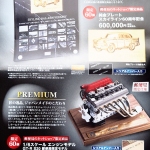 We’ve scanned the catalog for your viewing pleasure. There’s more items we didn’t cover in detail, including a ¥12,000 ($120) business card case, some fairly expensive framed posters, and a ¥600,000 ($6,000) plaque with the first-generaton ALSI Skyline embossed in gold. While the items aren’t exactly cheap, the prices are typical of official goods in Japan. In any case, it’s a lot cooler than what Nissan USA offers.