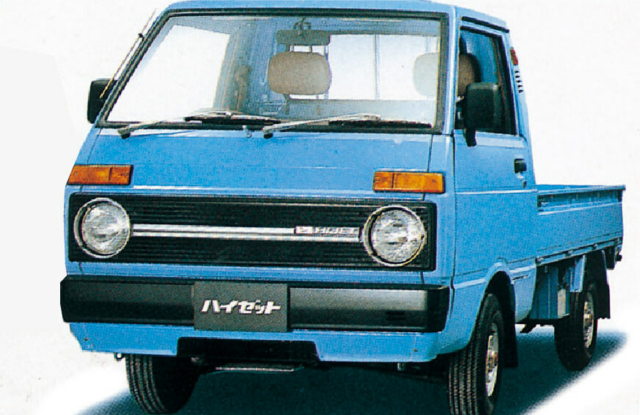 The Daihatsu HiJet, perhaps the most ubiquitous of all the many kei trucks in Japan, has won Good Design’s “Long Life” award. It’s one of Japan’s highest honors in the field of industrial design, recognizing graphics, products, and architecture that bear the standard in their categories, that have stood the test of time, and that have become beloved cornerstones of Japanese society. 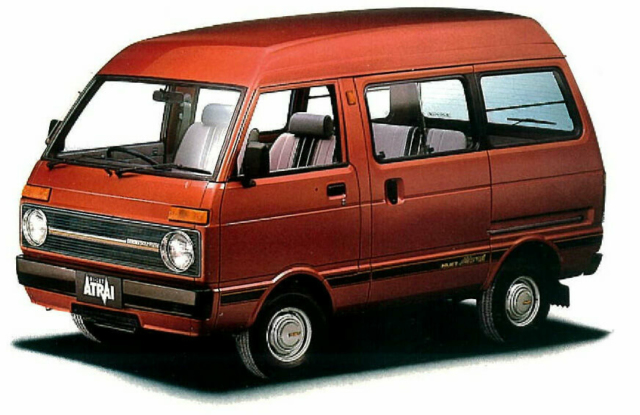 Past winners of the Good Design Long Life award that Westerners might be familiar with included such staples of everyday life such as the 3M Post-It note, Levi’s jeans, and Pilot ball-point pen. However, most of the items are specific to Japan, like the Seiko Standard wall clock, Suica contactless train fare card, or Teraoka Seisakusho’s omnipresent green masking tape. 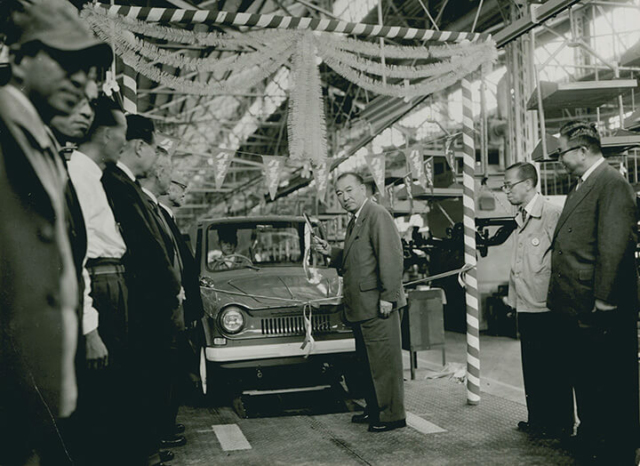 At a minimum, to be eligible for the Long Life award, a product has to have been on the market for 10 years. The HiJet beats that by half a century, having debuted 61 years ago in November 1960. The judges chose not only for its practicality and ease of use, but because so many working men and women across Japan have come to know it as a trusty companion. 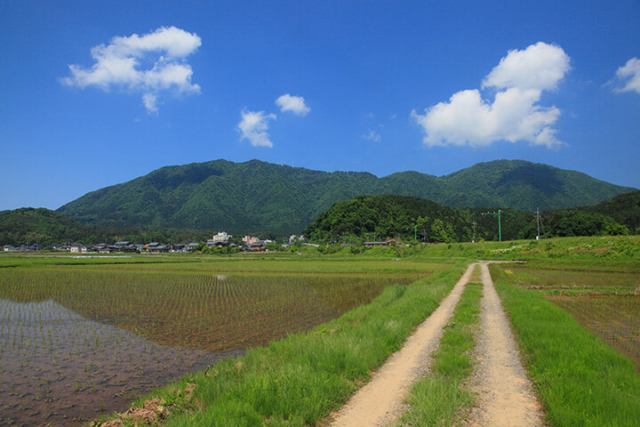 According to Daihatsu, approximately 85 percent of  Japan’s municipal roads have an average width of 3.9 meters (153 inches) or less. That includes everything from rice field ridges to downtown alleyways. That’s one of the reasons HiJets and kei cars in general are absolutely rooted in Japanese life, whether on farms, in fishing towns, or around urban centers. 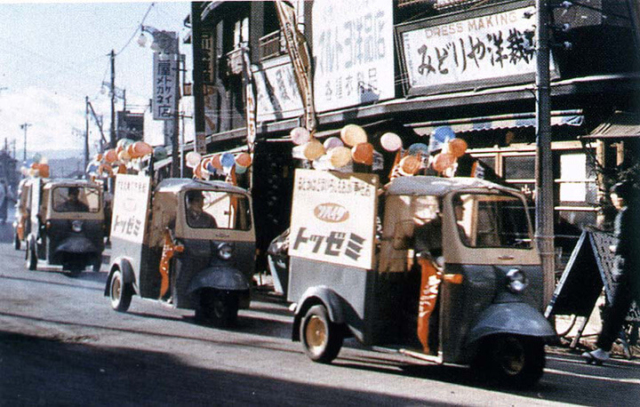 Daihatsu has been around since 1907, starting out as a maker of large industrial engines. Their first vehicles were three-wheeled trucks that were more like motorcycles with a pickup bed mounted on the back. The best-known example was probably the 1957 Midget, which revolutionized Japanese life by replacing bicycles and motorcycles as the country’s primary mode of delivery of goods.

In November 1960 Daihatsu introduced the HiJet, the company’s first four-wheeled  vehicle. It initially came in a compact pickup form and still had a traditional hood, under which lay an air-cooled 356cc two-stroke 2-cylinder putting out 17 horsepower and 20 pound-feet of torque. It proved enough to be a popular delivery vehicle at a time when most Japanese were buying their first color TVs and washing machines. 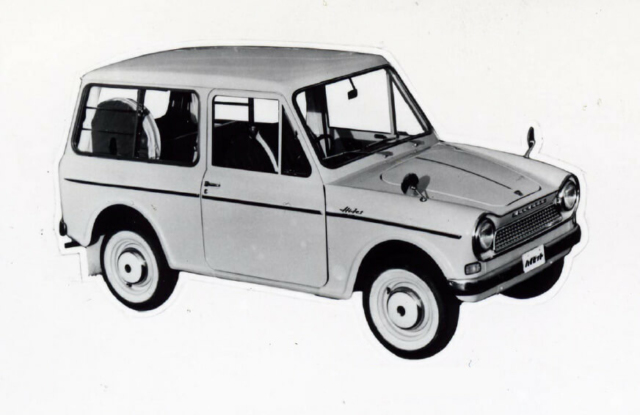 The pickup was joined in May 1961 by a wagon-shaped delivery van, which began to bridge the gulf between work and leisure vehicles. They often served as haulers of goods for the family business during the week, and double as a car for the whole family on weekends.

It wasn’t until the second-generation’s debut in April 1964 that the HiJet took on its iconic cab-over design. It was powered by a similar engine located under the front seat in order to maximize bed space (kei jidosha have to fit within a certain footprint to qualify as such). The one-box Cab Van arrived in November 1965 and was known for having the biggest interior volume for a kei van.

From there, the HiJet continued to evolve, often standout designs or notable engineering. The 1968-71 third gen van, for example, introduced an electric version in order to shuttle around attendees of the 1970 Osaka World’s Fair. That progressed to a “quick charge” electric fourth gen (1971-77) used at the 1976 Osaka International Trade Fair.

Water-cooled engines, four-stroke cycles, sliding doors, 4WD, overhead cams, and diff locks are just some of the equipment that HiJets gained over the decades as they grew in dimension and displacement in accordance with changing kei car rules. These days, there’s a lot of technology packed into a tiny package. 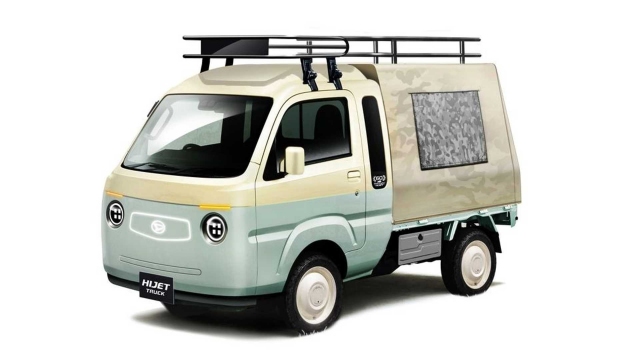 The recent outdoor living trend has hit Japan as well, and many a HiJet has been converted to camping duty. The culmination of this came at the 2021 Tokyo Motor Show when Daihatsu themselves created a HiJet camper concept, but with retro styling going back to the first cab-over design.

Through ten generations and 60-plus years, the Daihatsu HiJet has been an ever-present part of Japan’s landscape. What’s more, it’s outlasted many of its competitors. Mitsubishi ended production of its own Minicab in 2014, the Honda Acty was discontinued in April of this year, and the once prevalent Subaru Sambar is now itself a rebadged HiJet.

It’s great that the humble Daihatsu workhorse has finally gotten its due, especially from an award that recognizes products which have been around long enough to become staples of society. Fellow recipients this year include the Nagaoka MP-500 turntable cartridge, Adidas Stan Smith tennis shoe, Tanita 5496B cooking thermometer, since-1965 Metropolitan Gallery Riki stool, and Staedtler Mars Lumograph pencil. The HiJet, it seems, is in good company.

permalink.
This post is filed under: Back Roads and
tagged: daihatsu, hijet, kei.