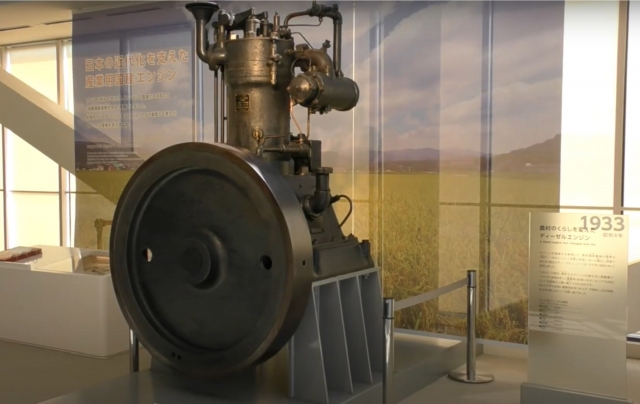 Like Nissan and Isuzu, Daihatsu is now also offering virtual tours of its museum. Though known mainly for kei cars nowadays, Daihatsu is 113 years  old and started life making gigantic engines for steamships and industrial diesels. Though shorter than the other carmakers’ tours, the video highlights a couple of important milestone products that the company calls “The Origins of Daihatsu”.

In 1933 the massive LH25 diesel engine was born. The 10.4-liter, single-cylinder engine weighed 5,842 pounds — as much as three and a half Charades — and was used to irrigate rice fields. Reportedly this one was used on a vast farm in Shiga Prefecture measuring 760,000 square meters (188 acres) for 20 years. It’s huge, and in another angle in the video you can see how it towers over a Daihatsu Midget kei truck. 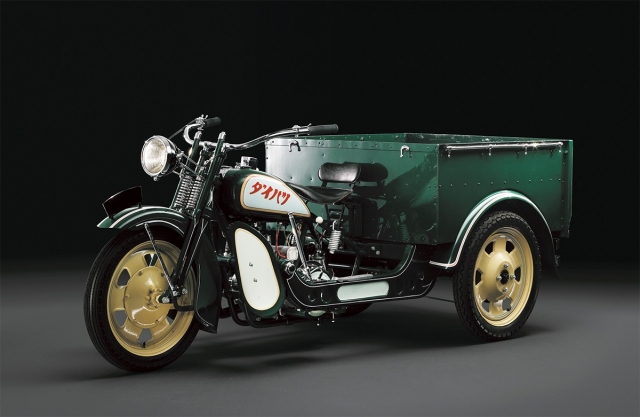 The video also introduces the 1930 Daihatsu-go. In the 1920s, most of Japan’s vehicles were imported, and three-wheeled trucks were popular for their simplicity and utility. Daihatsu initially came up with the idea a domestically-built small engine to power the trikes, but no manufacturers would bite. They simply didn’t trust a Japanese-built engine at the time.

So, Daihatsu decided to make the entire truck and put the engine inside it. In 1930 the Type-HA, commercially called Daihatsu-go. An improved Type-HB was introduced four months later in March 1931. People were still wary of the Japanese truck, but soon word of mouth spread quickly and it became quite popular. At the height of its popularity, in 1937, it sold 6,122 units annually, or about 30 percent of the market.

Hopefully, Daihatsu will continue to release videos so we can check out more of their collection.