With the prices of the most popular models entering unattainable status for a lot of younger JNCers, we felt it necessary to highlight some painfully overlooked — often for no good reason at all — yet still affordable (for now) nostalgics. Consider the following: The Nissan Pulsar NX.

The 1980s were a great time, Video games were the new thing, Prince was dropping hit after hit and everybody made sports cars. Nissan even took it a step further, issuing a sports car for every price point. For the buyer looking for the best there as the 300ZX, one step down there was the 200SX, and for the economy minded buyer there was the Nissan Pulsar NX. So even if you wanted economy, you could still turn heads and attempt to successfully go on a date.

The first Pulsar offered in the US was the N11 a small hatchback that didn’t look sport at all and was sold for one year only before it was quietly replaced with the N12 (above). The N12 was the first sports-oriented Pulsar, and was received as a good opening attempt. Reviewers described it as “reminiscent of the Triumph TR7” and “surprisingly practical,” but it never developed a stellar reputation, which was quite common with entry-level sports cars of the 80s. 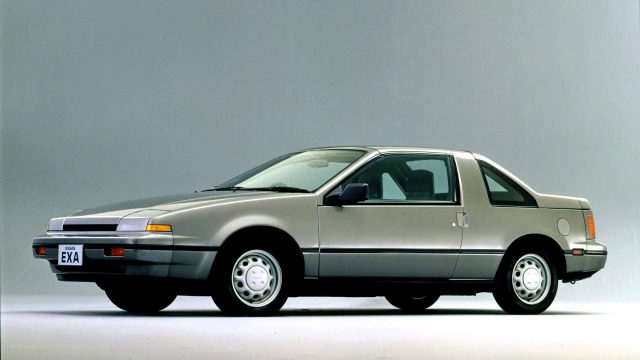 The following N13 generation, which was designed under the management of Jerry Hirshberg at the Nissan Design International office in La Jolla, California. It was essentially a Nissan Sentra in a sports car suit. The underpinnings were pretty competitive for the era either, too. The lowest engine option you could get was a 90-horsepower GA16i, but if you splurged, you could get a powerful 131-horse CA18DE. That was quite good for the time — remember, a Corvette of this era struggled to put out 250 horses, so that was pretty great especially given the 2300-pound curb weight.

On top of that, the Pulsar also had a four-wheel independent suspension, unlike competitors such as the VW Scirocco. Mechanically the N13 is very close to the B12 Sentra. So, why did these never catch on during the tuner craze?

Perhaps, it’s lack of popularity with tuners came from the general public’s ignorance of the model. Much of the important early days of the import tuner craze was trial and error, along with modifying proven platforms. While the CRX was proven to accept Integra and Prelude engines and capable of sub-11-second quarter mile times, at face value the N13 wouldn’t seem like much unless you really tear into the car, and those who wanted bang for the buck had the 240SX anyway. But, there are engine swaps available, most commonly a CA18 turbo.

That being said, there were some really radical design elements on the car: flip-up headlights, gradient tail light covers, and T-tops, all of which were all prerequisites of 80s sports car design. However, the KN13 Pulsar had something even better — the hyper-rare EXA Canopy top option. 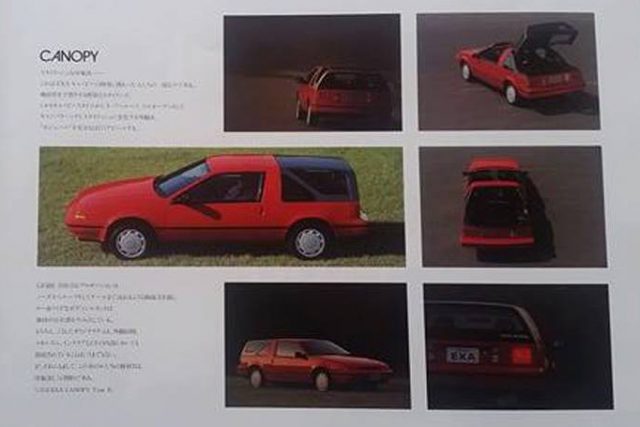 With the EXA Canopy, the Pulsar was one of the first modular cars. Its rear car-like notchback trunk section could be completely removed and replaced with an entirely different, boxier rear that more than doubled rear cargo volume. With the Pulsar, you could have your choice of coupe, wagon-like hatchback, or even a quasi-pickup if the rear cover was left off entirely.

Naturally, with 80s cars, such functionality comes really quirky design elements. The EXA Canopy was designed to be grey no matter what color the rest of the car was. This was done for a couple of reasons. First, it would display the modular aspect of the vehicle, much like the topper of the first-generation 4Runner. Conveniently enough, using only one color would also lower the production cost of the unit. Funnily enough, in Japan where garage space is limited, Nissan dealers would let owners rent out EXA Canopy tops to use when extra space was needed. 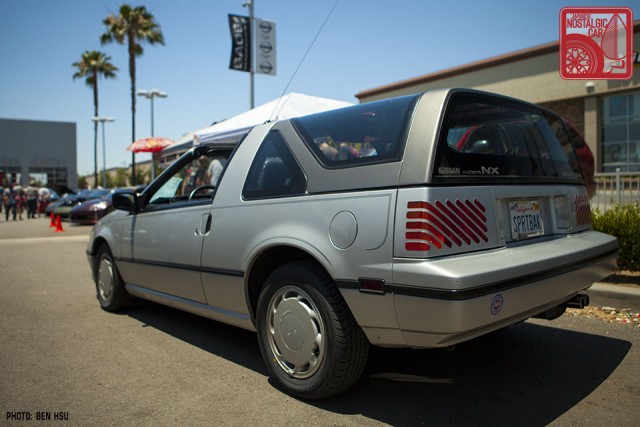 Today the N13 Pulsar is, aside from its small but dedicated cult following, still almost completely unknown. The Nissan EXA international Facebook group is about the size of the Minnesota-only Honda/Acura group, but that doesn’t mean there aren’t quality builds happening. The Pulsar originally owned by the design director of the car, Doug Wilson, is in fact being restored by another previous employee of NDI and the build thread can be found in the JNC Forum here. 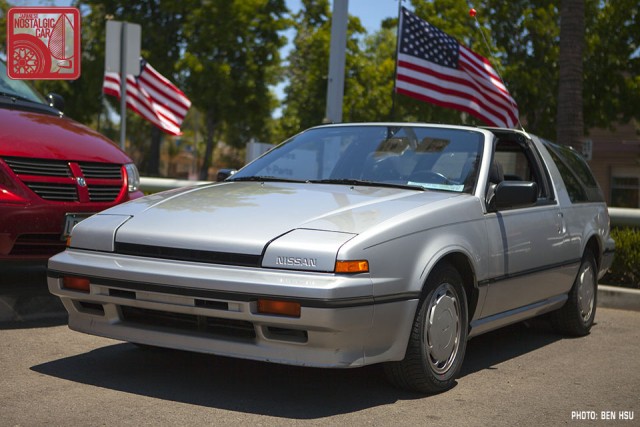 If you can find an N13 for sale, they rarely go for over $4000, even with the EXA Canopy, so the Pulsar NX is a great choice for a first-time JNC buyer. Not only are you getting a great value for a collector car, you also get one of the best rear ends of the 1980s. We have seen the previous generation N12 Pulsar and a single N13 with the EXA Canopy at JCCS in previous years, so hopefully with later 80s cars gaining wider acceptance, the much more refined N13 can finally have it’s day in the spotlight.

Jerry Hirschberg went on to write a book called The Creative Priority: Putting Innovation to Work in Your Business, which is largely about design but does have some interesting insight into the creation of the Pulsar NX and was integral to the creation of this article. Find the book here.

In case you missed it check out our last Consider the Following post on the CA Honda Accord.

permalink.
This post is filed under: Consider the Following and
tagged: b13, EXA Canopy, N13, nissan, pulsar, Pulsar NX.