Remember that Shako Hako we posted a while back? Reader Zeb found the source of the pic, which revealed a whole gallery of bosozoku style machines from way back in the day. How far back? Before the age of digital cameras, that’s how!

Stone-washed jeans, white kicks, big hair (optional). Your editors had all of these things, except the gnarly ride. From what we can tell, most of the photos are just personal ones from a few car crews during the heyday of this style, but that doesn’t make them any less entertaining!

Here’s another shot of the original Shako Hako. We still don’t know how we feel about the marriage of the KGC10 Skyline’s aggressive lines and the sensational design cues of boso style. It’s rather like building a lowrider out of a ’69 Camaro.

The KGC210 Skyline, however, was made for the boso treatment. Something about its boxiness and quasi-luxo market position makes it the perfect fit.

Likewise, the X70 Mark II/Cressida has that boxilicious look perfect for grafting a sharknose onto the leading edge of its hood and fenders. Hot Wheels-grade graphics with color-coordinated Techno Phantoms complete the look.

If bright primary colors aren’t your idea of tasteful, how about classic racing livery, like Advan’s unmistakable Black & Red.

The X30 Mark II/Chaser is another one of those cars we have mixed feelings about when boso’ed. Regardless, you can’t deny that the jutting sharknose must have taken some skill to fabricate. Combined with its protruding air dam, the bumper is rendered moot, but where else are you supposed to hang that oil cooler?

This one goes for breadth rather than length, but well-done X30 Cressidas can be so gorgeous that it takes some real stones to go this route.

Now here’s one we can really get behind. This Celica XX may not be a wild conversion per se, but it contains key elements, like the negative-cambered rear wheels, aggressive aero kit, general slammedness, and giant corporate logo.

Sweet memorabilia. Remember how we said of Marchal headlamps were popular in the 70s?

Ladies and gentlemen, the winner of the insane stretch and stance award. The rear tires on this Mazda Cosmo HB have almost attained sphericalness.

A kyushakai (“old car team”) meet before the cars were actually kyu. 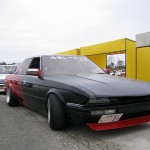 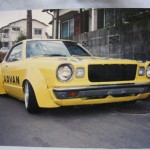 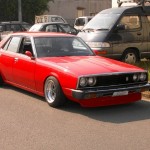 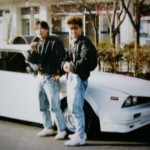 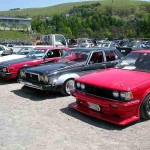 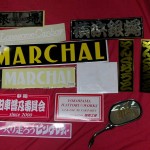 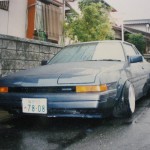 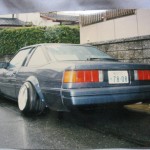 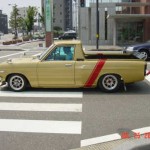 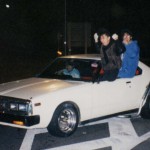 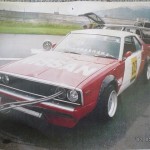 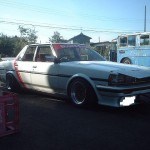 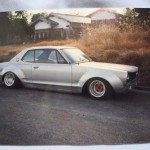 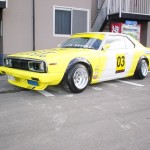 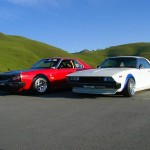 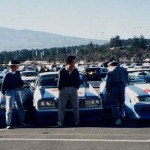 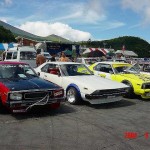 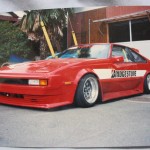 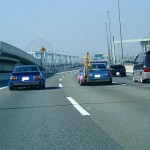 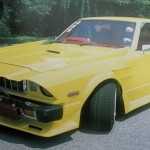 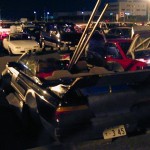 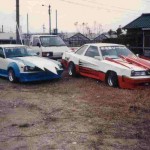 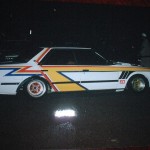