And now for your viewing pleasure, videos of brand new NSXes 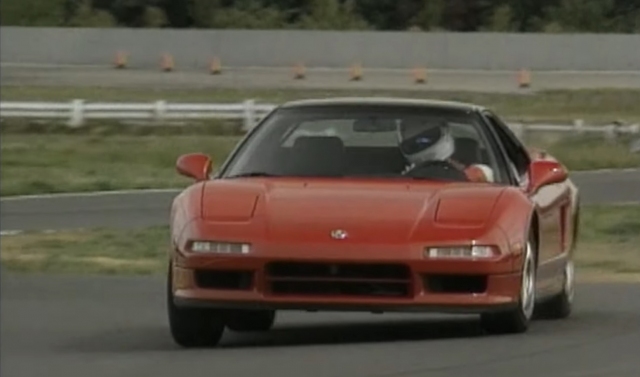 Two NSX videos were released yesterday, one from each side of the Pacific. The first was a retro review of the 1994 Acura NSX from Motorweek, America’s favorite (only) public broadcasting car testing show. However, instead from the regular parade of practical cars reviewed from Owings Mills, Maryland, this time they are at Pocono Raceway hot lapping Japan’s premier 1990s supercar.

Motorweek has surprising little to say about the NSX, because everyone already knows how good it is. Instead, they focus on the fact that the 1994 model has exciting new updates like — are you sitting down for this? — a passenger-side airbag and cupholders. They do touch upon a key point, though, that is often overlooked when talking about the NSX: that its magic lies in matching power to handling, as opposed to all out Jeremy Clarkson-style power. That one of the many reasons why it’s so glorious to drive, and why even at $72,500 ($125,400 in 2020 dollars), it was still one of the best values on the market.

Later in the day, the Honda Collection Hall released a video of its own 1990 NSX in action. The official Honda museum is proud of the fact that everything in its galleries runs, and will periodically take its priceless works out for a spin on a footpath behind the museum. Finally, it was time for a proper, manual-shift NSX (the previous NSX take was with an automatic, go figure). Behold the smoothness of its suspension, the civility of its cabin, the vastness of its visibility. The “course” is too narrow and short to really wring it out, but it did leave us with the thought that it might be fun for Honda to post lap times for each car or bike they put on this loop.

Whether the badge on the hood is an H or an A, there is no doubt the NSX is a beautiful and amazing work of automotive art. It’s was a privilege to see them in action when new, and to see them still in action today.

permalink.
This post is filed under: Video and
tagged: acura, honda, NA1, nsx.