50 YEAR CLUB: How Honda’s CVCC beat its rivals and made the Civic a household name 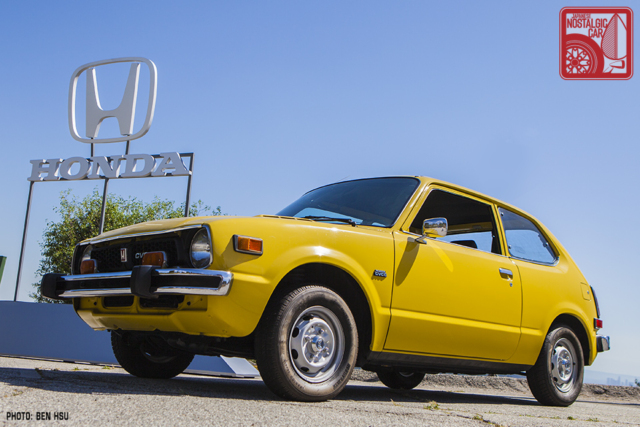 Fifty years ago today, at the Akasaka Prince Hotel in Tokyo, Honda revealed the CVCC engine to the world. The engine was still over a year off from mass production in a road car, but Honda was eager to get the news of their achievement — an engine that could pass the strict emissions rules for 1975 without the use of a catalytic converter — out to the press. After the unveiling the EPA invited Honda to Michigan to subject a CVCC engine to their rigorous tests. The only problem was, the Honda Civic was so new, it wasn’t yet ready. So Honda installed their CVCC engines in a couple of Nissans and sent them to Ann Arbor. 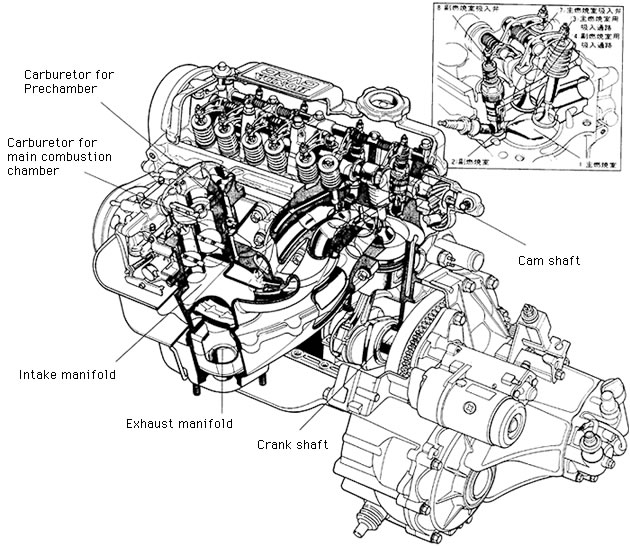 The birth of the CVCC engine dates back to 1965 and the establishment of Honda’s AP Lab to study the effects of air pollution. By then, there had been growing health concerns in Japan and the US regarding smog and emissions from leaded gasoline. The air pollution lab was founded by head of Honda engine performance Shizuo Yagi, Tasku Date of Honda R&D, and chief engineer Kazuo Nakagawa.

Until then, the goal of Honda’s engine research had been horsepower and high revs. Curbing emissions hadn’t even been a second thought, so the team was treading uncharted waters. “We had no answer as to what caused air pollution,” Date recalled in 2010. “At the time all we had was a device that measured carbon monoxide. We even had to ask what NOx and HC [nitrous oxide and hydrocarbons] were, since in Japan there were no devices available to measure them.”

From that lowly point the team began the long journey to the CVCC engine. Soichiro Honda himself would often stick his head into the lab to make suggestions or lay down new objectives that would leave engineers scrambling. 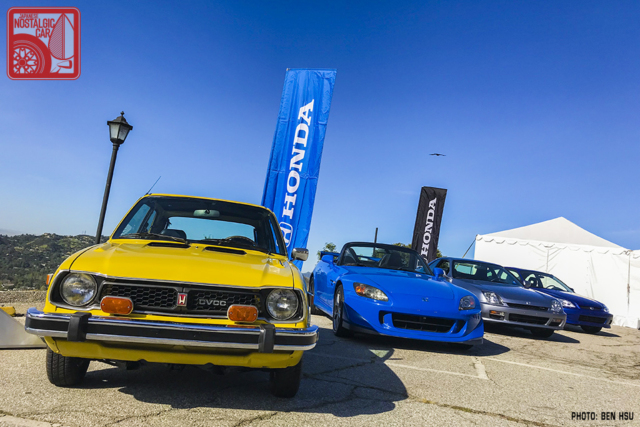 The issue with a catalytic converter was that its longevity was heavily dependent on the quality of the burn. Excess fuel would damage the cat by making it run way too hot. The engineers quickly learned that lean combustion was the key, but didn’t know how to achieve it. Prototypes involved multiple spark plugs, increased ignition energy, pre-heating the air-fuel mixture, and more.

An additional problem was that many other automakers were trying the same strategies. Then Date had a breakthrough. If Honda kept researching the same methods as other companies, even if they were successful they’d simply be in the same boat as them. He decided to try something that had not been attempted on a conventional gasoline engine, a pre-chamber. There, a rich fuel mixture would forcefully ignite and force a jet of flame into the main combustion chamber to swirl the lean air-fuel mixture, ensuring a more complete burn.

Soon, the team also realized that Honda would have to make the switch from air-cooled to water-cooled engines if lean combustion were to be successful. Soichiro Honda was adamantly against it; he didn’t want to increase the number of must-have resources to make his cars run (Tadashi Kume would eventually persuade him otherwise). At the time, though, Honda didn’t make any water-cooled engines for the AP Lab team to work with. So instead, they acquired several Nissan 1.6-liter engines to test their theories on. 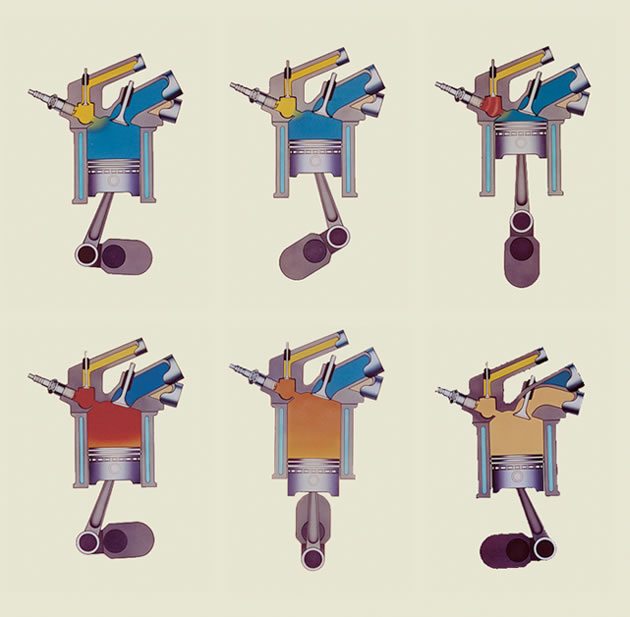 Turns out, Date’s pre-chamber tactic was the correct one. It still needed a lot of details to work out, but as soon as Soichiro Honda heard the AP Lab had a solution, he wanted to announce it publicly. The team, still in the middle of a patent application, was adamant that they name it something that wouldn’t give away exactly how it worked. They didn’t want any competitors to figure it out and bring it to market before them.

“We now have the prospect of developing a reciprocating engine that meets emission regulation standards for 1975. We will launch the commercial production of this engine in 1973,” Soichiro Honda announced in February 1971.

Why would he make such a proclamation before the team had even sussed out the details? “Honda-san told us, ‘If I asked, you’d never tell me that you had it completely finished. The company would go bankrupt before it was done.’” By making the announcement publicly, it forced the lab to follow through no matter what the cost. 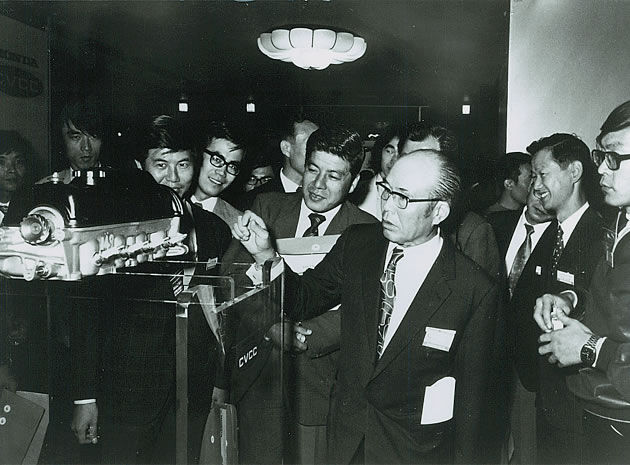 It would take another 20 months for the CVCC engine to be ready. That brings us to October 11, 1972 and the press conference at the Akasaka Prince Hotel. The AP Lab  had built about 100 prototype engines. Some were bench tested, others were installed in Nissan Sunnys, as Honda didn’t have a car large enough to accommodate the CVCC engine yet.

The EPA was eager to see if Honda lived up to his word. As a result, the landmark test that would catapult Honda to global carmaking giant was conducted not with a Honda car, but with a Honda engine installed in a Nissan. On December 14, 1972 the Frankenstein’ed Honda/Nissan emerged victorious after a week of testing (the EPA required 50,000 miles of driving) and became the first car to pass the US’s 1975 emissions requirements.

Once word got out, Honda received a visit from a Toyota representative looking to license CVCC. And when it became known that even the mighty Toyota had struck a deal to use Honda’s technology, other companies came knocking. Honda ultimately signed agreements with Ford, Chrysler, and Isuzu as well. 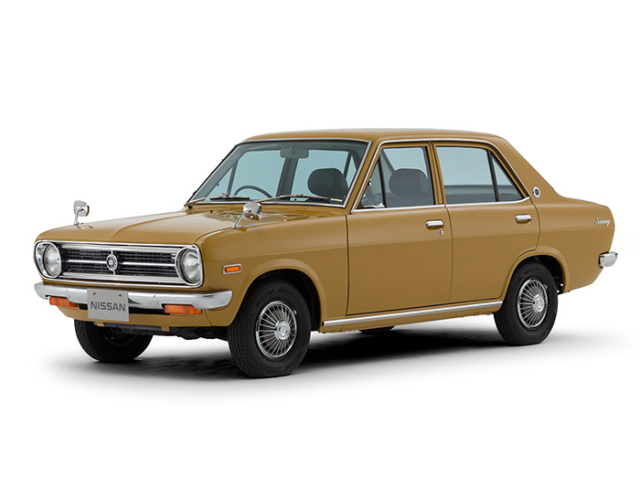 Notably, General Motors did not see much value in CVCC and was skeptical that it would work on a big American V8. GM’s then CEO said, “Well, I have looked at this design, and while it might work on some little toy motorcycle engine… I see no potential for it on one of our GM car engines.” We’ll let commenter and former Honda motorcycle sales rep G. Duncan tell the rest of the story, which has become one of the most famous exhibits of Honda’s badassery:

When Mr. Honda heard this, he bought a 1973 V8 Impala, air-freighted it to Japan, designed and cast a set of CVCC heads for the Chevy engine, tested it in our own emission labs, then flew the car back to the EPA’s facility in Ann Arbor, and had it tested by them…where it passed the stringent 1975 emissions requirements. You didn’t mess with the old man…

Turns out, testing the CVCC system on Nissan engines early on helped engineers gain experience on a variety of motors. The Civic CVCC made its Japanese debut in December 1973 and its US debut in 1975. For that the EPA had to re-test the CVCC engine in the Civic. 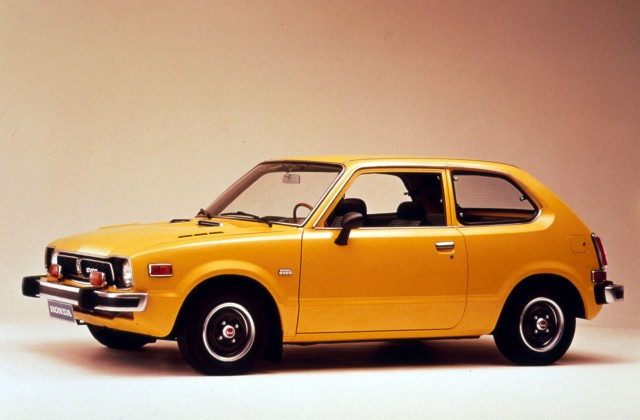 The testing revealed another beneficial side-effect. The CVCC engine was not only clean-burning, it got great mileage, and was ranked the most fuel efficient car in the U.S. for four consecutive years, 1975-78. Additionally, the fact that it didn’t need a catalytic converter proved to be a boon at a time when some gas stations still only offered leaded fuel (lead is damaging to catalytic converters).

Soon word spread about Honda’s efficient and technologically advanced cars. In post-oil crisis America, being able to go the distance without visiting a gas station, and having the flexibility to fill up at any station no matter if it offered leaded or unleaded, gave the Civic a leg up in the market. That leg up turned into a firm foothold, and the rest is history.

3 Responses to 50 YEAR CLUB: How Honda’s CVCC beat its rivals and made the Civic a household name