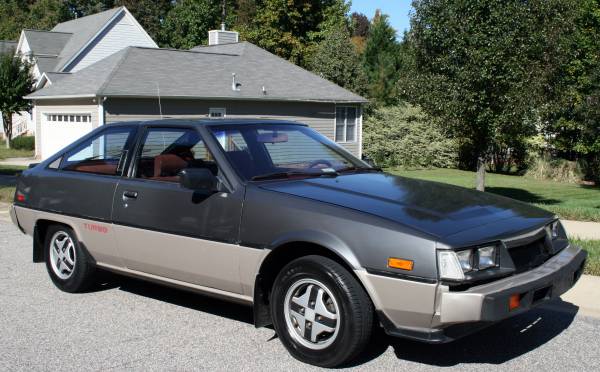 The last Kidney Car we posted was a rare, 1980s turbocharged Mitsubishi. Here’s another one, the Starion’s less well-known sibling. This 1985 Mitsubishi Cordia Turbo is currently offered for sale in Raleigh, North Carolina and with just 30,328 miles on the clock, it’s surely among the finest examples left in the country.

The Triple Diamond Clan sure loved their turbos. Even their compact hatchback, the equivalent of a Corolla, had the option of being  forcefully inducted. And in case you forgot that fact, they reminded you with the word “TURBO” slathered on every surface imaginable, embossed it into the steering wheel and stitched it into the upholstery.

This brilliantly preserved Cordia appears to be the top-of-the-line model, complete with two-tone paint, alloy wheels and the word “CORDIA” on the mudflaps. The only option it lacks is — and this is a genuine tragedy — the digital dash. 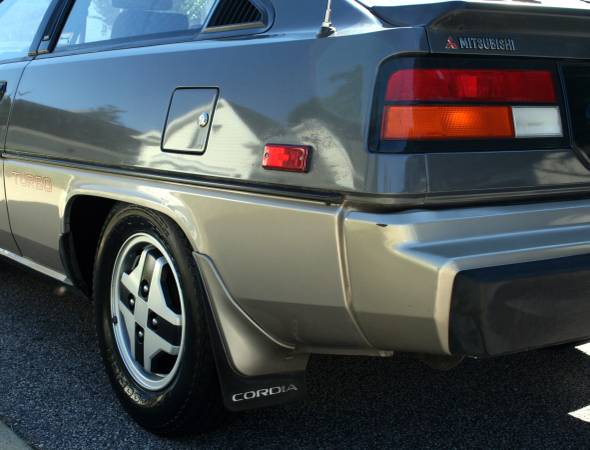 According to the ad, this is a original-owner car and comes with Carfax documentation to show that it was driven about 1,000 miles per year of ownership. The seller says there are no mechanical issues whatsoever, and that its 1.8L Sirius turbo pulls hard and spools smoothly. Despite only 112hp, it weighs only about 2,100 pounds so theoretically it should feel like an AE86, right? Right? 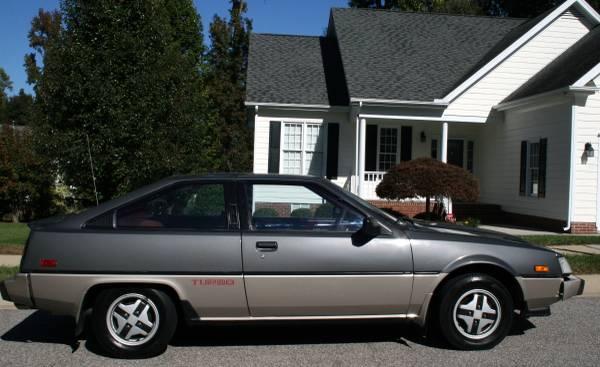 The asking price is $5,000, and once you bring it home you can even build a shrine to it with Shusei Nagaoka’s sci-fi Cordia paintings while Randy Crawford’s “My Baby and Me,” a song devoted entirely to the Cordia, plays on an endless loop. The Australian Police department would be proud. See the ad on Craigslist.

permalink.
This post is filed under: for sale and
tagged: cordia, kidney anyone, mitsubishi.