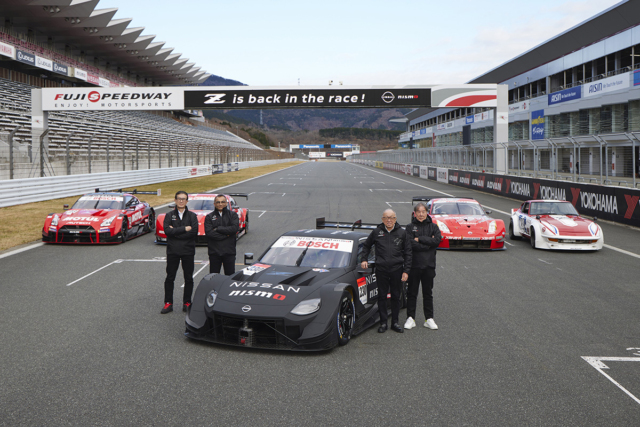 Nissan has announced its newest car for the 2022 SuperGT season, and it’s no surprise that it will be based on the new Nissan Z. For the last 15 years the GT-R has been Nissan’s fighter in the ring, but the Z, whose last appearance in SuperGT was based on the Z33, will take over next season. To launch the car, Nissan brought out the legends, both in metal and carbon fiber, as well as flesh and blood.

In the 30-minute launch presentation, we see appearances from both sides of the Pacific. Renowned team owner, builder, and designer Peter Brock of BRE fame makes an appearance, as does driver John Morton. Together, they clinched two consecutive SCCA national titles in the C-Production class in 1970 and 1971. Steve Millen, whose 300ZX was the first to win the 24 Hours of Daytona, 12 Hours of Sebring, and the IMSA GTS class at the 24 Hours of Le Mans all in the same year, 1994.

Perhaps less known in the U.S. were legendary drivers like Haruhito “Of the Rain” Yanagida, who won the 1972 Fuji Grand Champion race during a torrential downpour, a victory that earned him his nickname. It was a privilege just to see the man speak while sitting in front of one of his machines. There was also Tsugio Matsuda, the JGTC champion driver of the Z33 Xanavi Nismo Z who helped design the instrument readout of the new Z. Former driver and now team owner Kazuyoshi Hoshino also makes an appearance, promising the new Z will return in his Calsonic Impul livery. 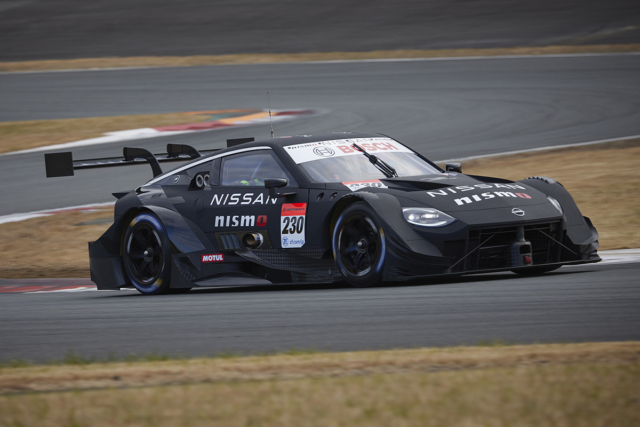 Afterwards, the four current drivers that will be piloting the new Z in Super GT next year stepped onto a makeshift stage at Fuji Speedway to speak about the upcoming season. Among them was Masataka Yanagida, son of Haruhito Yanagida, who spoke about being the second-generation Z driver and carrying on the family legacy (at 21:47 in the video above). Though it isn’t the younger Yanagida’s first time behind the wheel of a works Z, being one of four works drivers to represent the new Z bears a weight that he is clearly aware of. 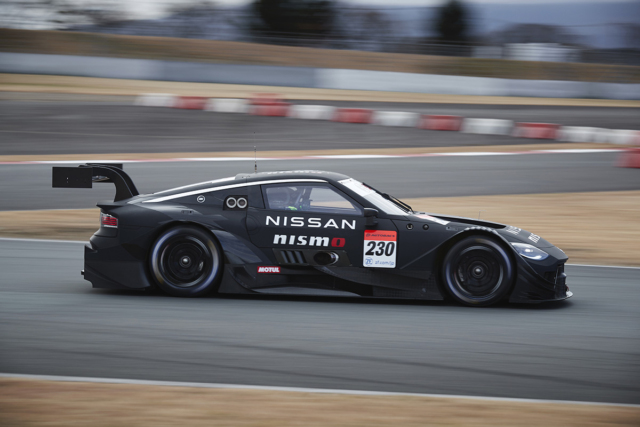 As for the car itself, it’s simply stunning. It captures the new Z’s essence beautifully while also providing the intimidating aero that SuperGT cars are known for. From the front, it looks as if an S30 Z is emerging from the bodywork. It’s one of the best looking SuperGT cars of all time, and we include the JGTC era in that claim.

When drivers Kohei Hirate and Ronnie Quintarelli take the existing GT-R and new Z prototype out for a demonstration lap, the in-car footage from the new Z sounds powerful and symphonic. It’s also a rare and perhaps only chance to see both the outgoing GT-R and incoming Z on the track at the same time. 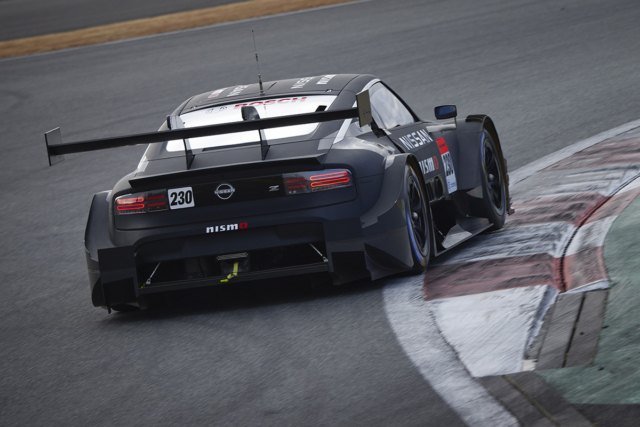 It’ll be an exciting year in SuperGT, as the new Z goes up against the Toyota Supra and Honda NSX in its final year. It’s great to see Nissan bring out all the Z legends for the launch, and we can’t wait to see the new Z in its proper racing livery. 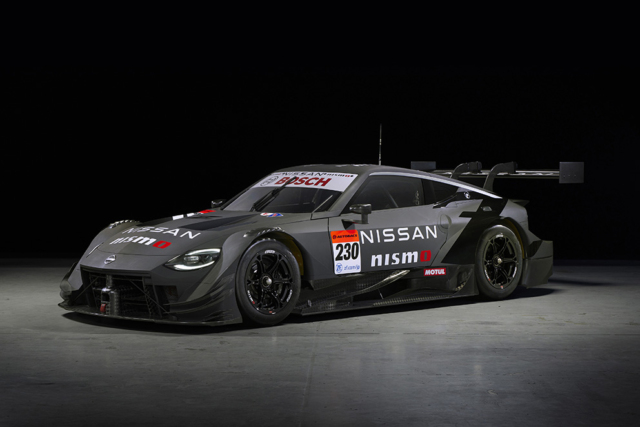 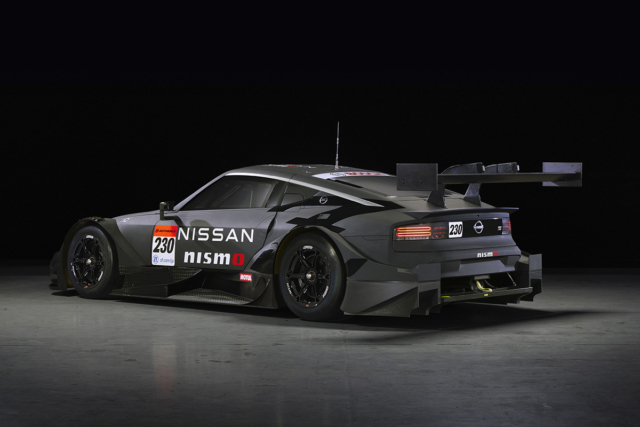 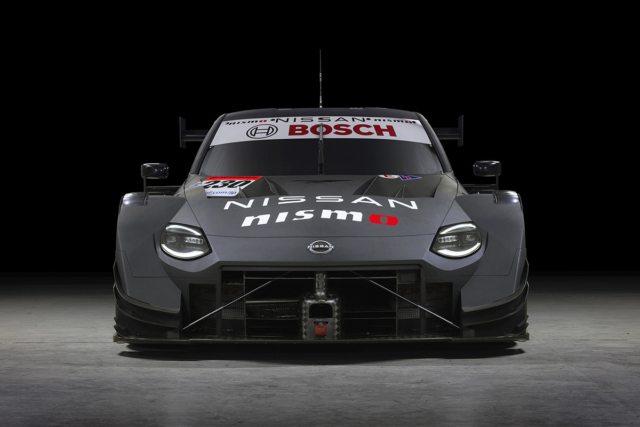 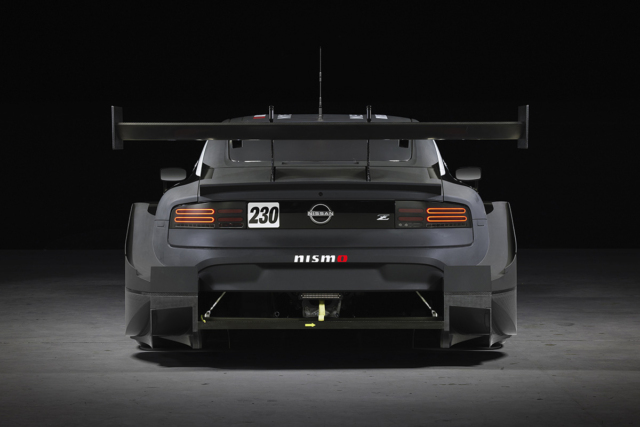 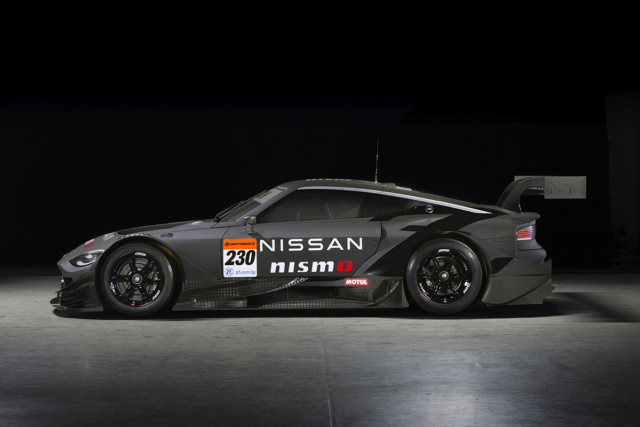 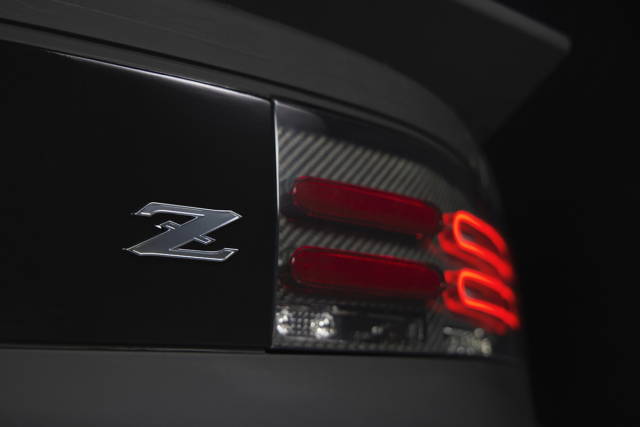