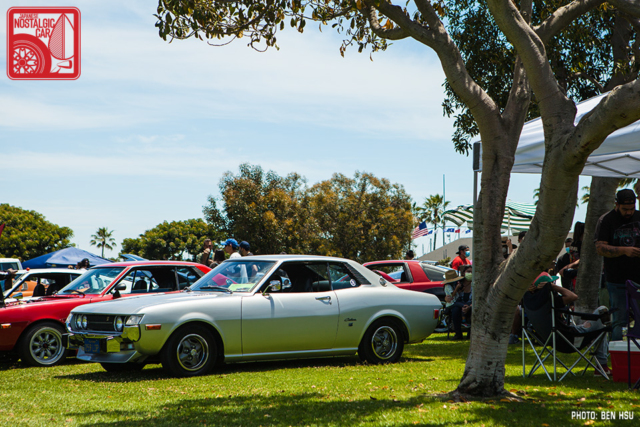 After a year and a half of no major car shows, it was good to be back. The 2021 Toyotafest picked back up right where 2019 left off, although a few changes had to be made due to the pandemic. Unfortunately, there were some opportunities missed — last year, for example, was supposed to celebrate the 50th anniversary of the Celica — that we won’t be able to get back. Others, like marking the 25th anniversary of Toyotafest, could continue onward. 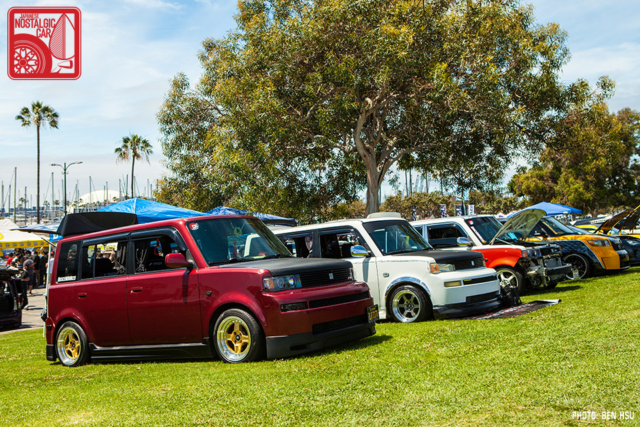 The number of cars and spectators were down just a little, but not by much. At its pre-pandemic peak, there were about 450 cars. This year there were about 400. It was great to see such a strong return the first year out of the pandemic. 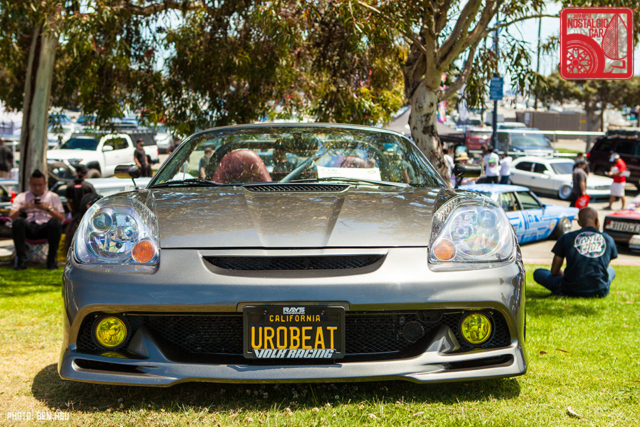 Another big change for this year was the lack of awards and judging. This was due to a city ordinance that prevented close gatherings. The organizers opted not to have an award ceremony to prevent people from gathering at the main stage. As such, our coverage will lack some of the detail we normally go into, and we’ll let the photos do the talking.

It was great to see such a proper gathering of KP61 Starlets. From a tidy stock-bodied example in 033 White to a red specimen with period TRD N1 flares, there was something for ever Starlet fan. Excellent period street modified examples in silver and yellow filled the stages of Starlet tune in between. 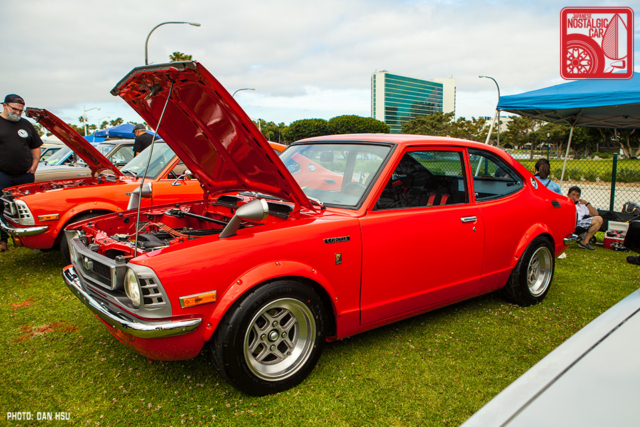 So many orange TE27s, yet all so different. From Archie Giron’s restomod 4A-G 20-valve swap to Raymond Francisco’s period modified 2T-G-powered example to Nicolas Renovales’ 3T-C drag-spec car, the field has proven that the TE27 is an incredibly adaptable chassis that has seen many iterations throughout its history.

Mike Muniz’s FIA-certified vintage rally car is yet another take on the TE27, a tribute to the 1973 RAC Rally that marked the TE27’s rallying debut. It’s powered by a rare Toyota 152E race engine mated to a close-ratio W58, and running on proper TRD Rally wheels. 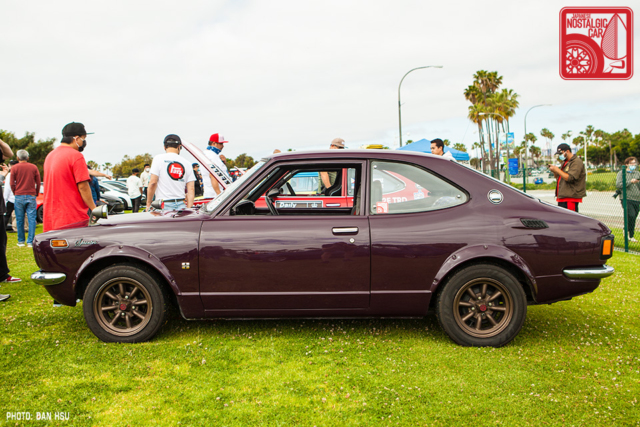 We are huge fans of Francis Jones’ imported Sprinter Trueno for many reasons, not the least of which is its non-orange paint. In fact, it’s an extremely rare factory purple color that doesn’t even get mentioned in most Japanese-language histories of the chassis. 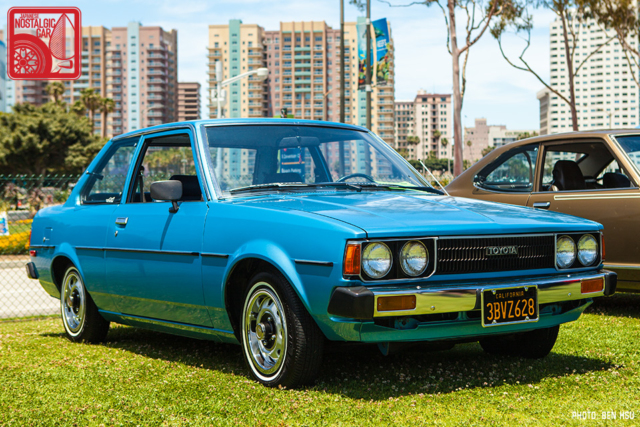 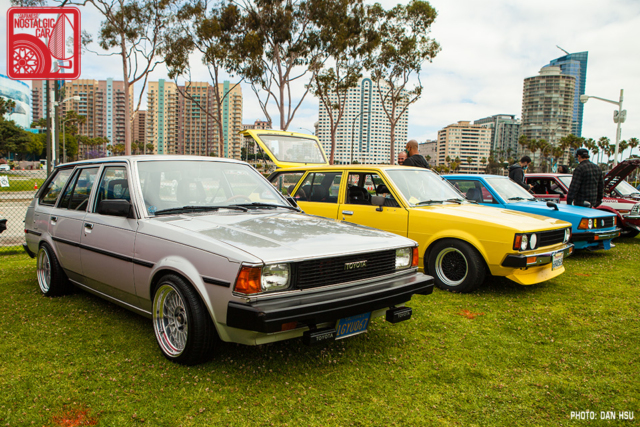 Several E70 wagons lined the lawn at Marina Green Park as well, making us long for the days when true compact wagons still roamed the streets. 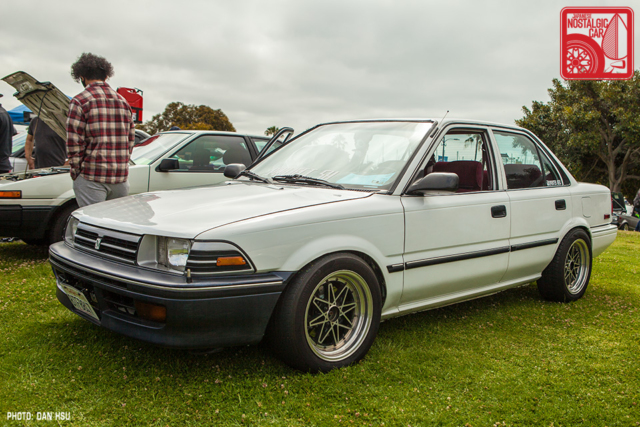 The AE92 Corolla doesn’t get as much love as its rear-wheel-drive predecessors, but Vincent Lipio’s 1989 with front and rear cosmetic element like grille, lights and bumpers swapped with its JDM counterparts offer a fresh take on the grocery getter. 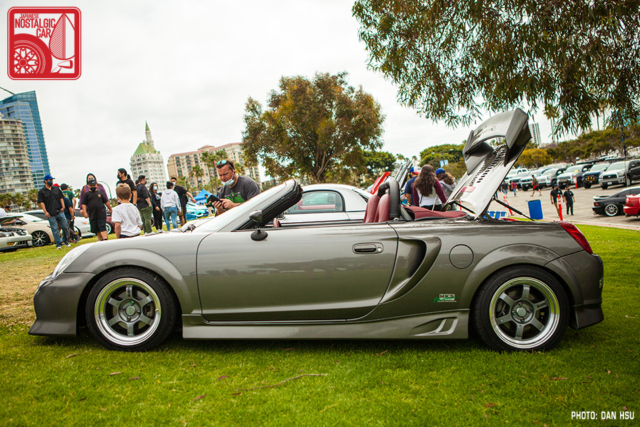 One of our favorite third-gen MR2s was Thomas Zhuang’s nicely finished gray W30. Not only does it have the proper look, with its TRD Stage 2 aero kit, C-One spoiler, and TE37V wheels, but it has a high-revving 2ZZ-GE swap to back up its looks. We were also glad to see a silver example with a rare Toyota hardtop. 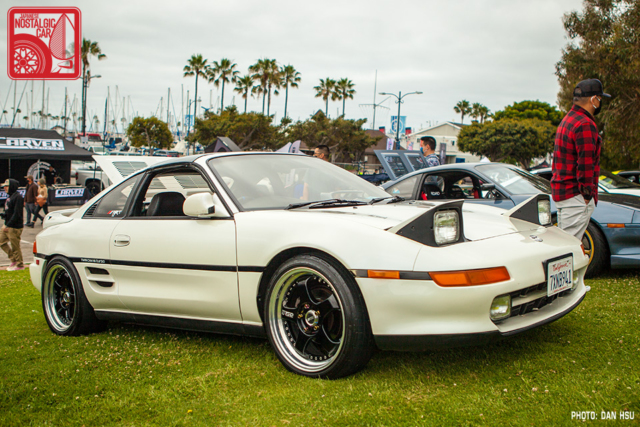 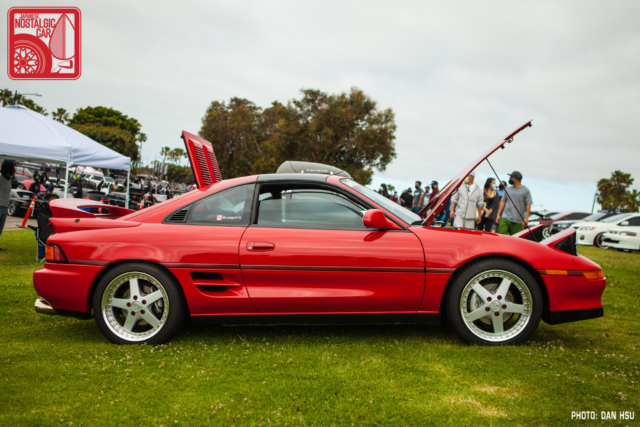 Though this year seemed to be a bit short on the AW11s, there were some fine examples of the SW20 MR2 that made it to the show. Craig Higa’s red Turbo is a particularly tastefully done specimen. 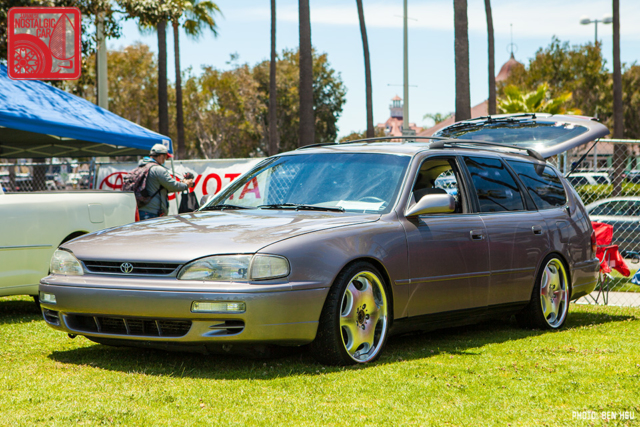 Zac Fredericksen’s 1995 Camry was the lone delegate of the Camry Wagon community. The family hauler has been given new life with a simple drop on Ksport coilovers and AME Shallon wheels. 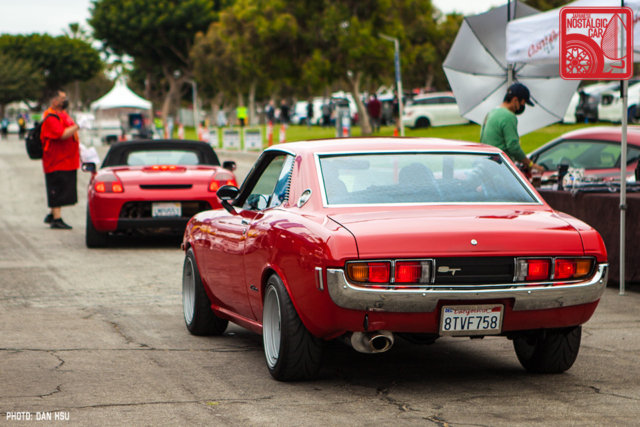 It’s too bad that the show couldn’t go on last year. It would have marked the 50th anniversary of the Celica, but instead the golden anniversary of one of Toyota’s most beloved nameplates will go un-celebrated. In any case, we were glad to see some tidy first-gens, like Rodelio Limfueco’s 18R-G-swapped 1974 coupe. 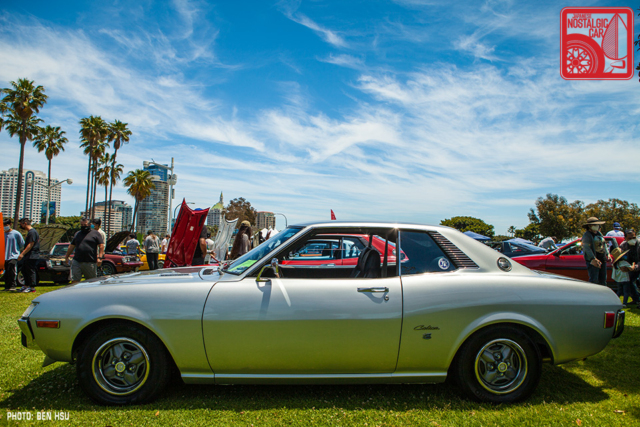 One of our favorites of the whole show was this silver 1974, complete with period bumperettes. Rebarreled steelies and a slight drop complete the package with a graceful presentation. 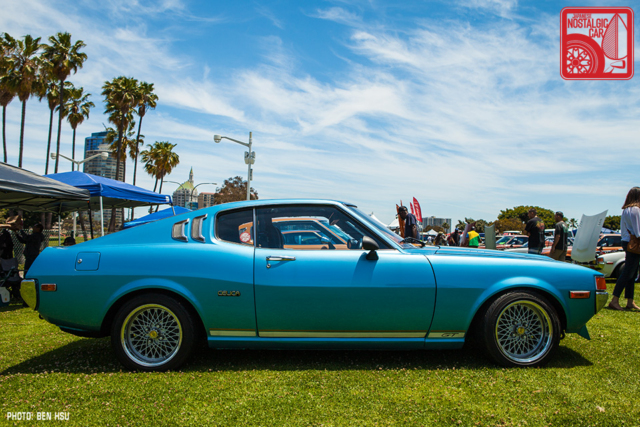 Several Celica Liftbacks helped round out the A20 chassis display. Jeff Yee’s blue beauty, along with Mike Malnick and Brian Karasawa’s orange stock/modified cars always do a fine job portraying the breed. This year they were joined by John Rodriguez’s white 1976 on SSR Star Sharks and JDM banana taillights. 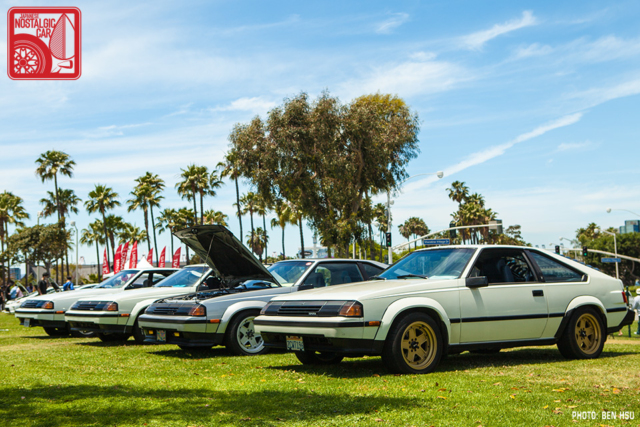 A row of kouki third-generation Celicas introduced 80s angular styling to the show. It’s great to see the A60s increasing in numbers and getting more recognition. 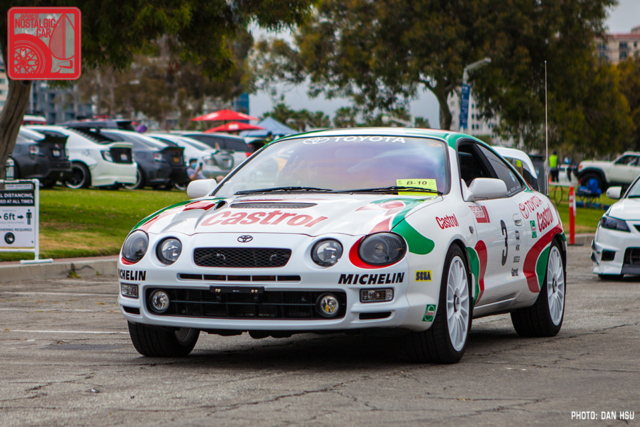 Last but not least, Anthony Yoohanna’s Castrol-liveried Celica paid homage to Toyota’s controversial WRC years. Even though the occasion for celebrating the Celica had passed, it was one of the strongest Celica showings at Toyotafest. That concludes Part 01 but there will be more coming.