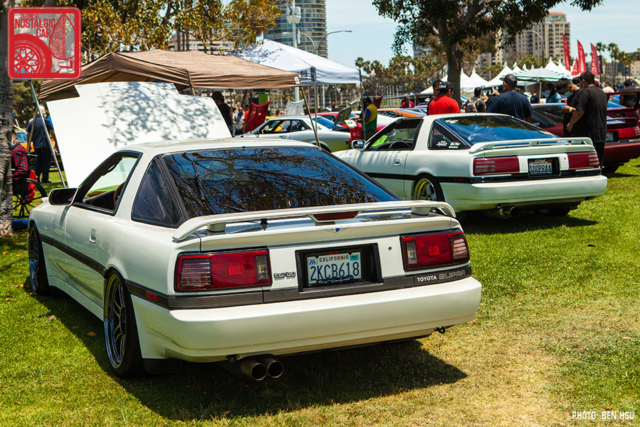 One of the great developments we noticed this year was the ascendancy of the A70 Supra. We can’t remember seeing such a high turnout of the third-gen Supra at Toyotafest, and it was good to see this important chassis receive some much deserved recognition.

Before we get to the A70s, though, we’re going to go chronologically through the Supra generations. Sadly, the A40 has not reached the level of devotion that later generations have. The most noteworthy example was a stock-appearing sleeper powered by a Lexus V8.

While A60s have in previous years been quite plentiful at Toyotafest and JCCS, this year the numbers dwindled. This is probably just luck of the draw, and not reflective on any greater trends in the Supra market. Funnily enough, the most memorable examples both had some kind of wild retro paint scheme.

The A70 Supra has a reputation for being kind of a boat, and it’s not entirely undeserved. It was tuned, especially in US spec, to be a grand tourer. However, with a quick wheel swap and some suspension work, they can be one hell of a head turner.  There was a good mix of mild (above gallery) and wild, but we think the clean lines of the original are better suited to this chassis than ones that look like a time attack racer. 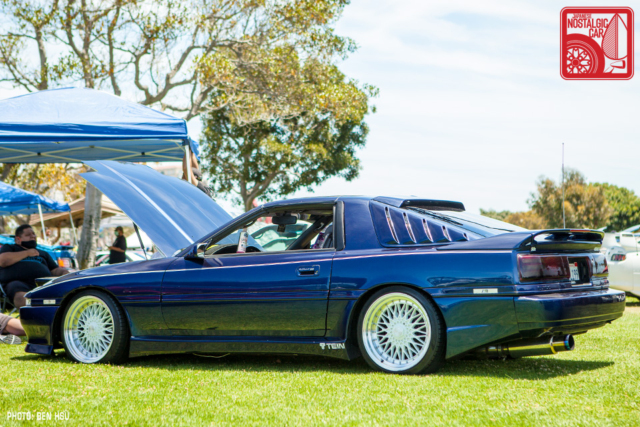 One exception to that rule was this incredibly 80s kouki. With plenty of skirts, louvers and spoilers, it epitomizes the MTV decade beautifully. You could rock a white blazer while driving this and look right at home.

We also loved this White Package A70 Turbo that came in all-white badges and wheels. It was an special option that was only available with a Super White paint code.

A fleet of A80 Supras have been a mainstay of Toyotafest for years, and this time around it was no different. From unmodified garage queens to drag spec cars to massive horsepower sleepers, there was something for everyone. Most these days rock stock bodies, even if they are packing double or triple the stock output under the hood. 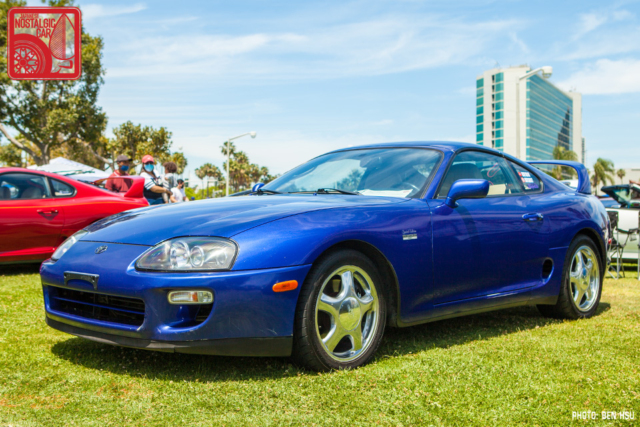 One of our favorites was this Royal Sapphire Pearl 1997. It’s the second rarest color offered on the A80, but arguably the most distinctive. 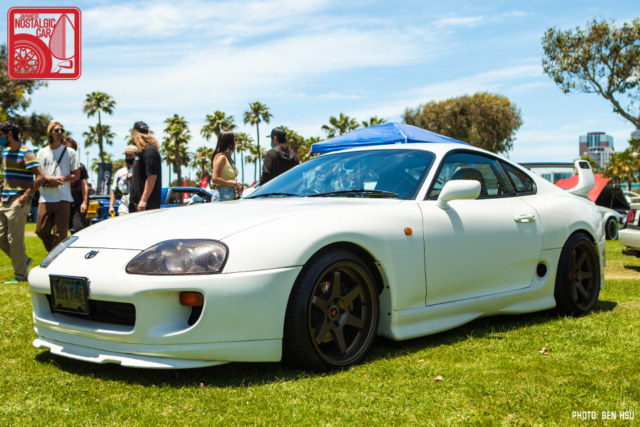 On the other end of the modification spectrum, we also dug this Wangan monster, with TRD-style wing and skirts and a JDM active front lip spoiler.

Of course, there were a number of A90 Supras as well, including some with pretty extreme look-at-me mods. Cusco’s was probably the most subdued. It was good to see the tuning shops have a new car to support, just as Testuya Tada had hoped when he created the Supra.

We were surprised to see not just any Crown pickup, but the Mooneyes Crown Pickup. Painted in their trademark yellow, it had a small-block Chevy swap to give if that USDM-meets-JDM flavor that Mooneyes is known for. 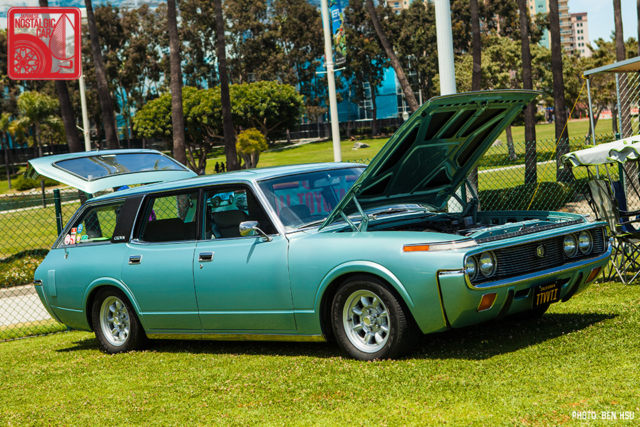 Joji Luz’s 2JZ-swapped Kujira Crown Wagon is always a treat, and almost certainly the only one of its kind at any show these days.

There were several “Supra in a tux” Lexus SC coupes at the show as well. Most rocked a VIP look with varying degrees of JZ tuneage under their beautifully sculpted hoods.

Somehow, this Antique Bronze Mica Lexus GS300 actually looks good. Normally such a grandpa-spec color would not be at a show like Toyotafest, but in this case it simply works.

While it’s not quite 25 years old yet, we’re big fans of the Lexus IS300, which feels like the last uncompromised Toyota sold in the US. In fact we have one in the family, a Graphite Gray IS300 SportCross, which also happens to be the last RWD Toyota wagon sold in the US. In fact, now is probably a good time to get one before they’re all trashed or super expensive.

In our next installment we’ll look at the main enthusiast segment of Toyota today, trucks. To be continued…