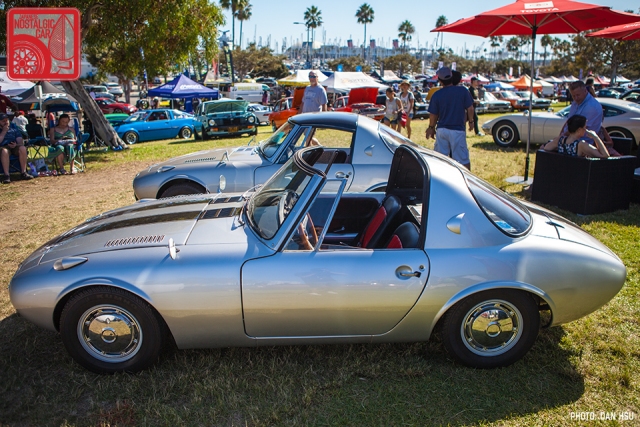 Before Toyota moved to Texas, their displays were always a centerpiece of JCCS. A massive enclosed trailer would bring a truck-full of the Toyota USA Museum’s rolling treasures to the show. Now, with the company’s headquarters several states away and, as we found out at Toyotafest, divesting some of its cars, the display has scaled down quite a bit. 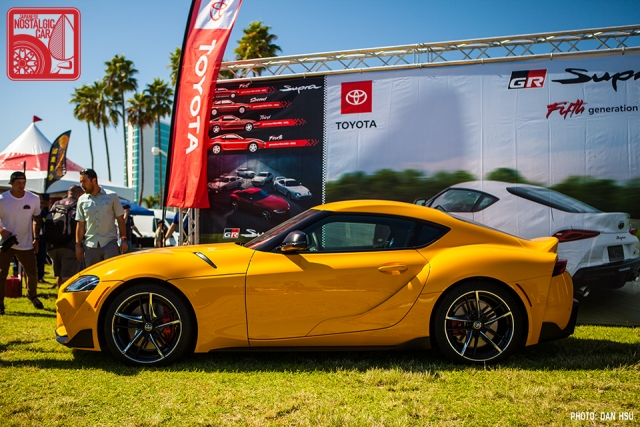 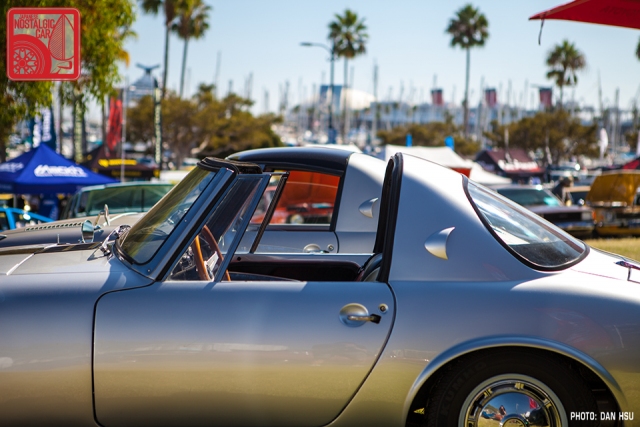 Naturally the 2020 Toyota Supra was front and center, and there was a Hakone Edition (read: green) Toyota 86 lurking around, but that’s where the official contributions ended. It was similar to Nissan’s bare-bones display, whereas they had barely a tent, Toyota at least showed up with some scaffolding. 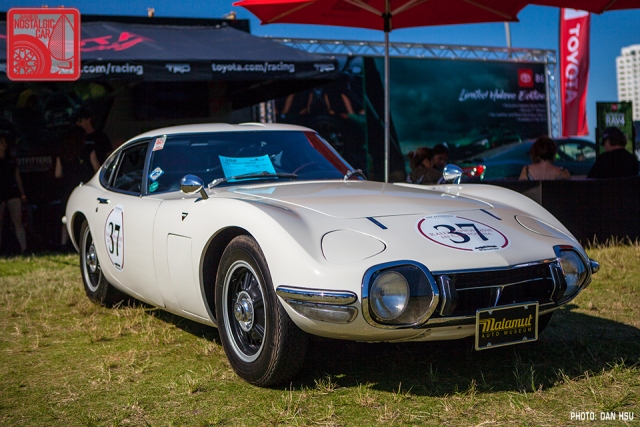 Cars like the 1967 2000GT and Sports 800 hailed from local collector Mike Malamut’s incredible museum of classics, and added a heavy dose of class to the festivities. 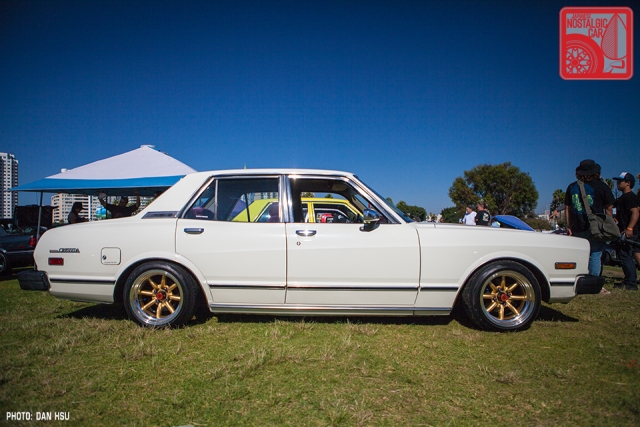 Instead, like Nissan, Toyota relied on owners and enthusiasts to represent the red, orange and yellow tricolors. Luckily, those included everything from Corollas to Cressidas. 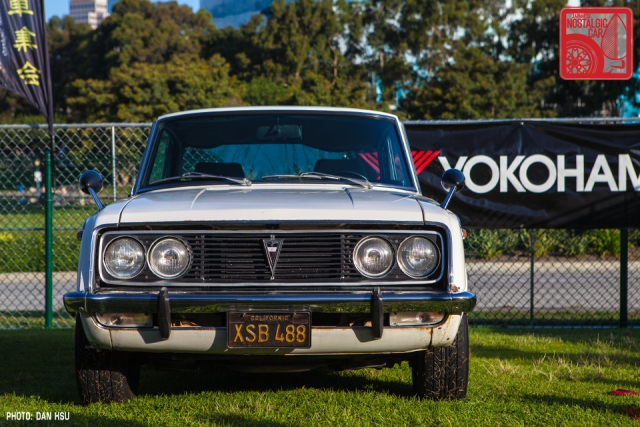 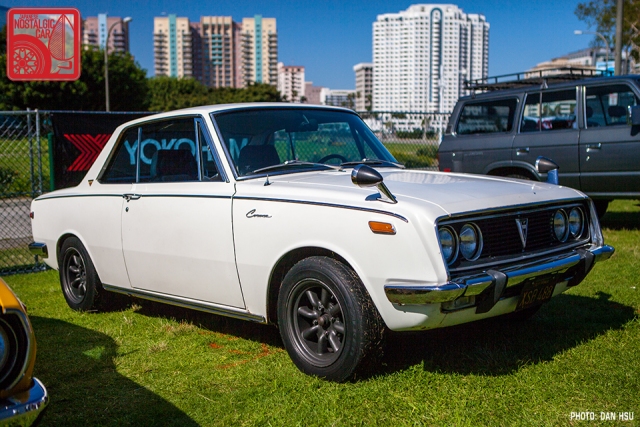 Robert New’s Corona Hardtop is a driver, but its simple mods like the 1600GT grille, fender mirrors, and Watanabes while retaining a largely stock body make it look like something that might be whizzing around the suburbs of Tokyo. 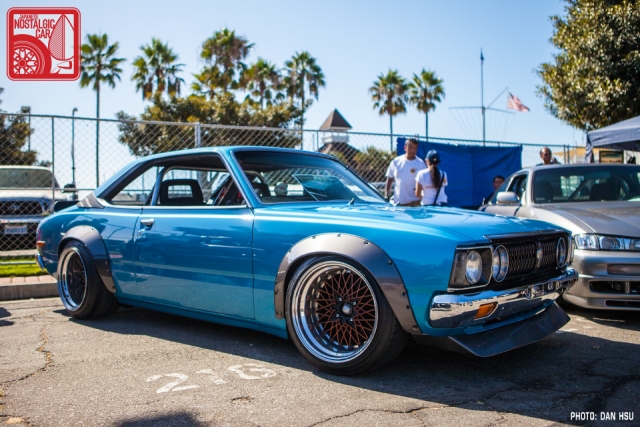 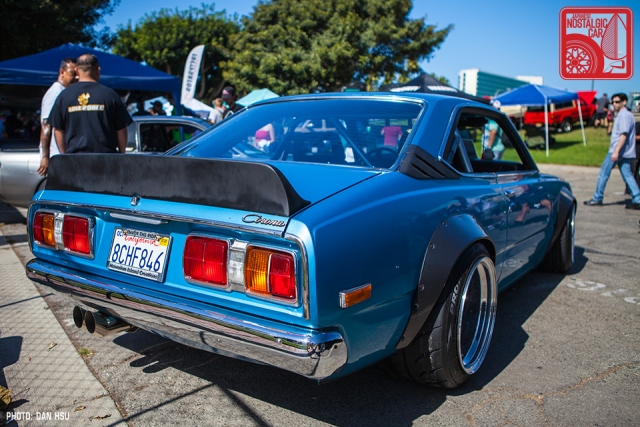 At the other end of the mod spectrum was an RT115 Corona Coupe wearing a faux bosozoku look with massive wheels. 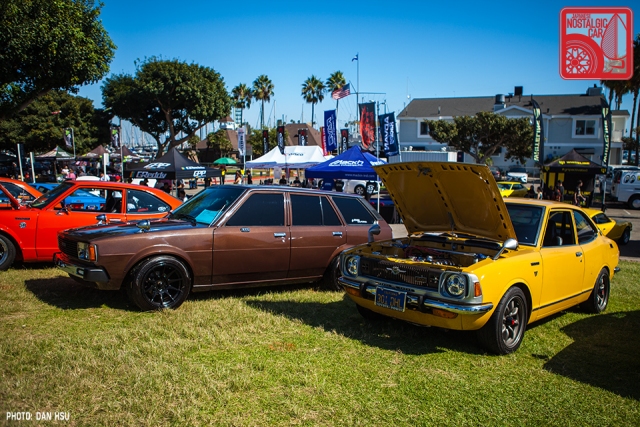 Tu Tran’s 1971 Corolla was a tidy build excellent for street use, with a 2T-C head mated with 3T-C block and Mikuni sidedrafts, T3 suspension, Kaaz 1.5-way LSD and gunmetal Watanabes. 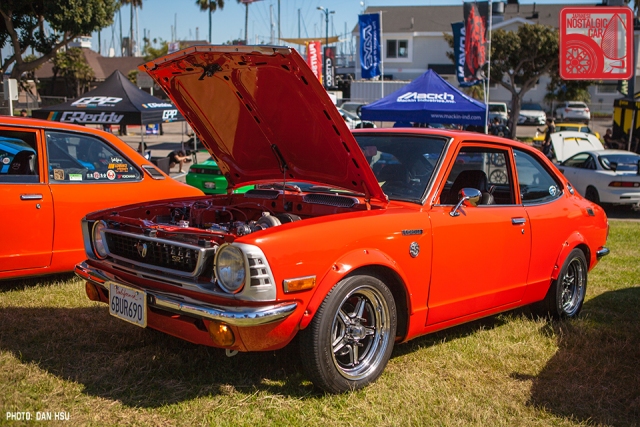 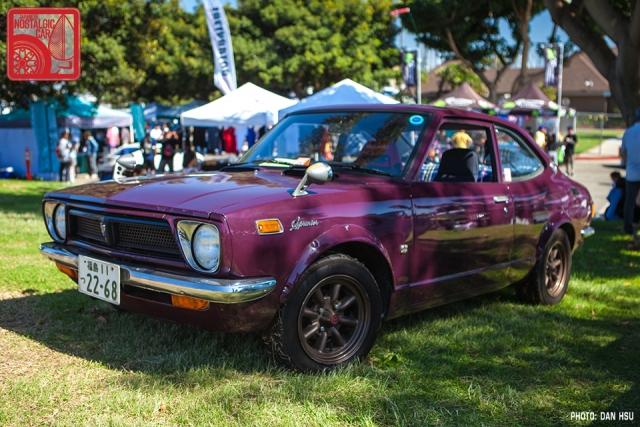 We can vouch for Francis Jones’ TE27 Sprinter Trueno’s long-distance driving capabilities. It took everything we could throw at it on Touge California with ease, and looked phenomenal doing it. 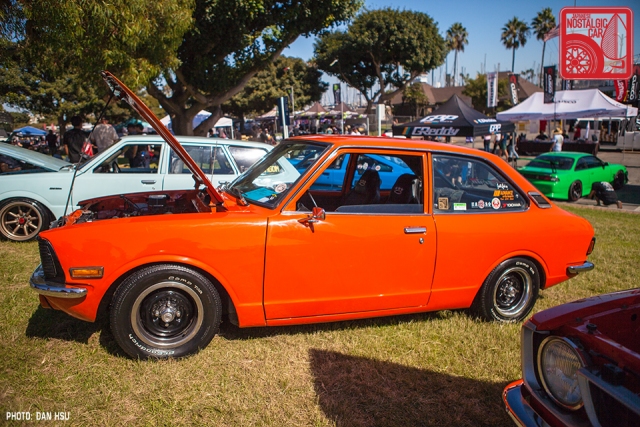 Going by the cars at the show, you would think that Toyota sold a dozen mangos for every peanut, but that wasn’t the case. Though TE27s are clearly the more beloved nowadays, it was still great to see a TE21 at the show. 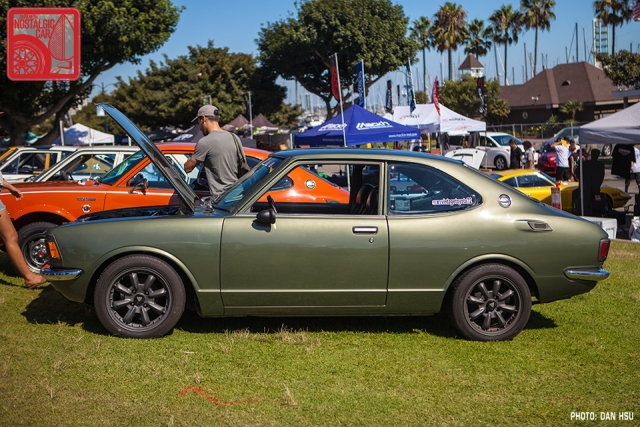 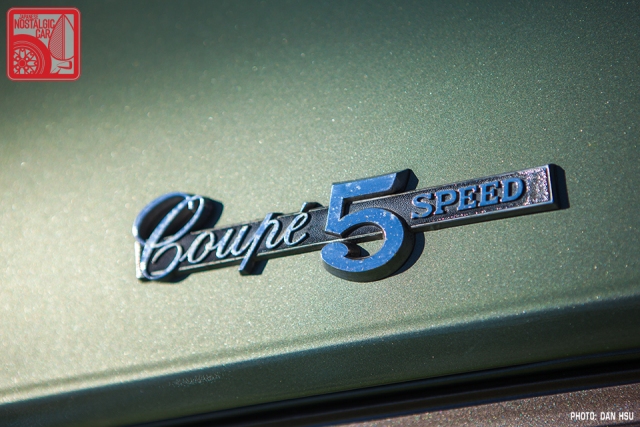 Trevor Baker’s 1972 TE27, affectionately named “Olive”. A no-nonsense resto in a style not unlike his first-gen Celica, it was a welcome addition to the Marina Green lawn. For his efforts, Trevor took home third place in the Best Corolla category. 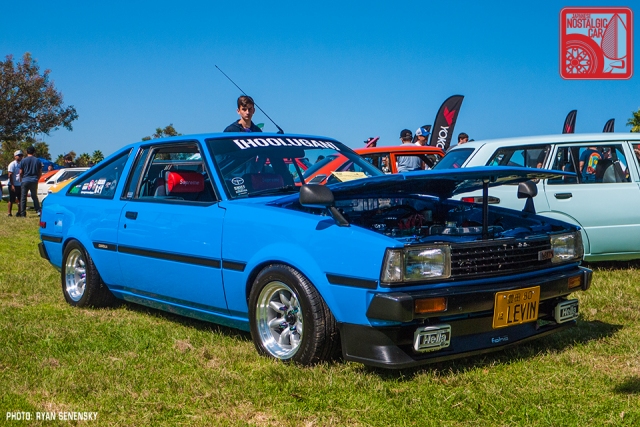 Patrick De Lein’s 1980 Toyota Corolla was bought new by Patrick’s best friend, and passed on to him 30 ago. With period modifications such as a Pioneer KP500 stereo, A60 Supra seats, Foha front lip, and TOSCO header coming off a 2TG/3TC hybrid, it won first place in the Best Corolla category. 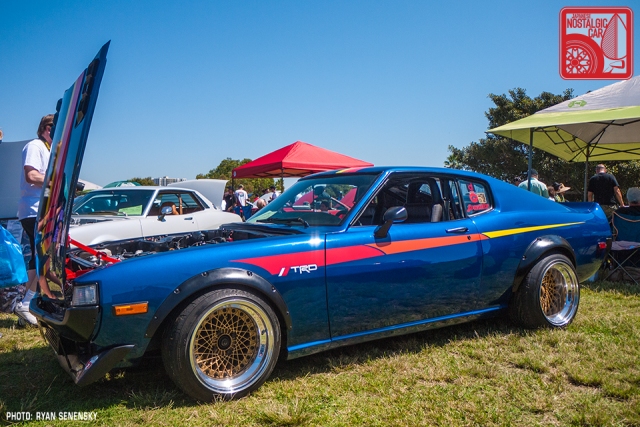 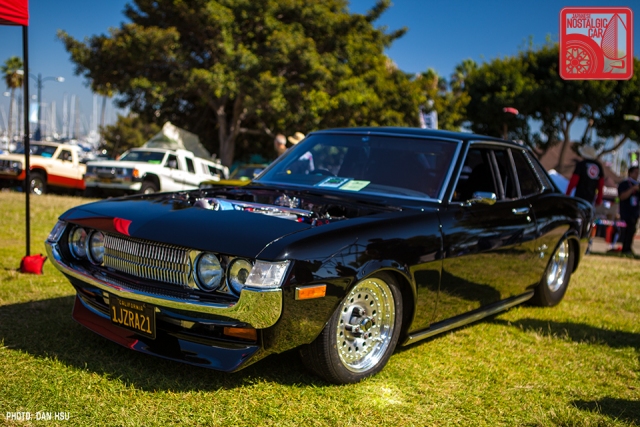 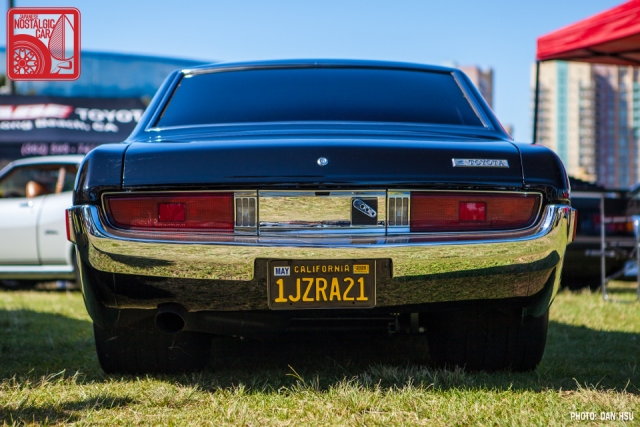 Cary Miller’s JZ-powered drag Celica has won multiple awards both at Toyotafest and JCCS, and this year was no exception. Taking second in the Best Celica class, the car will likely never stop collecting trophies (read more about this car here). 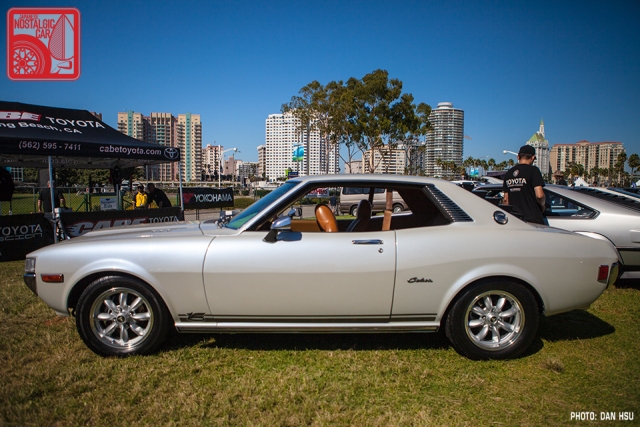 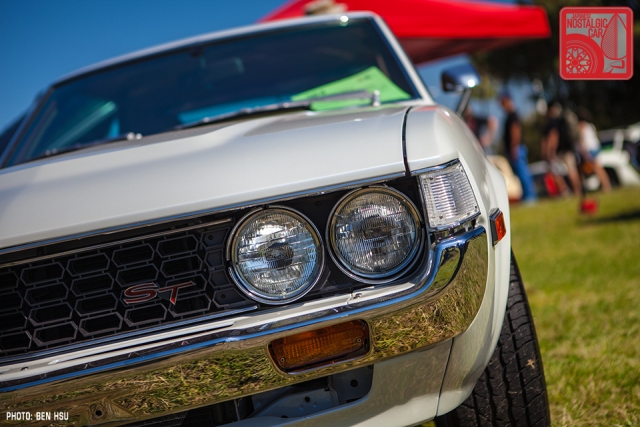 And finally, first place in the Best Celica class went to Phoenix, Arizona’s John Garza. Another Touge California veteran, the 2JZ-powered 1977 coupe is a masterful build that drives with the ease and reliability of a modern Lexus. 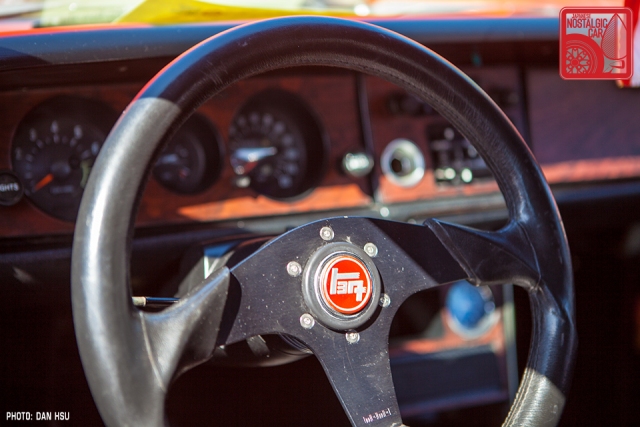 Nissan’s fans will likely stay strong even with a lack of corporate support, but are Toyota’s owners that dedicated? Hopefully, one day Toyota will one day return to JCCS with the strong showing it had been known for.