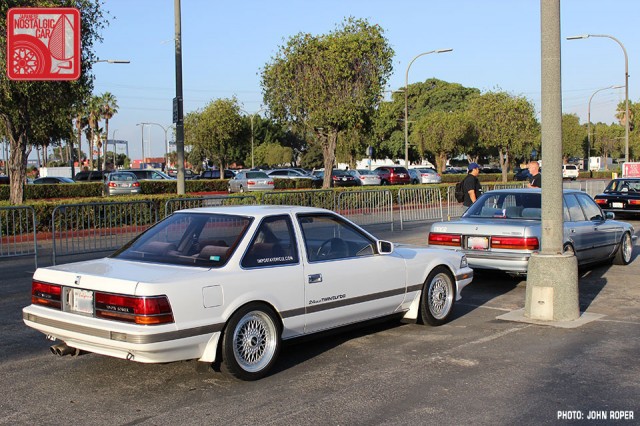 Welcome to the final installment of our 2014 Japanese Classic Car Show coverage, a short one in which we scoured the parking area for J-tin whose owners had gone off to spectate. We begin with a clean Z20 Soarer and X80 Cressida, parked in tandem like an 80s who’s who of luxury Toyotas. 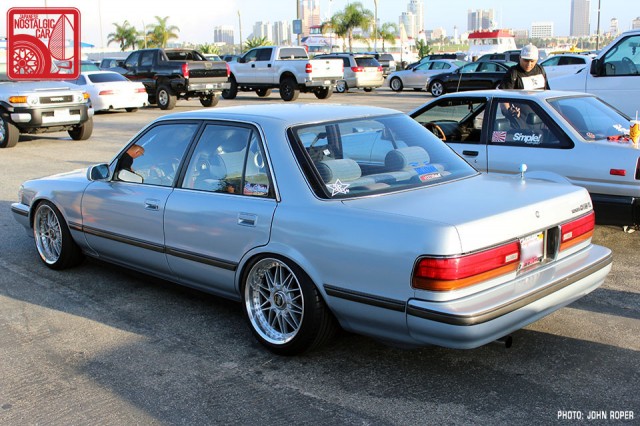 Up close, one can see the cleanliness of the Cressy, well-preserved in old man baby blue. (Toyota, for its part, calls the color Ice Blue Pearl). It’s rather amazing how well the lines on this car have aged. 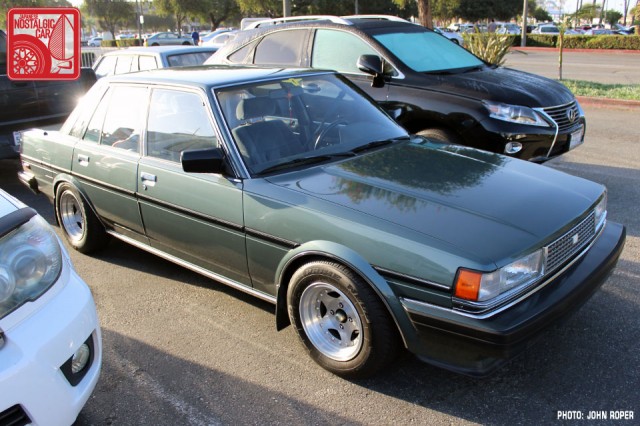 Nearby, a rare Jade Gray Metallic X70 Cressida lurked, resplendent in its unapologetic 80s boxiness. These game with a matching Jade Gray interior, making us long for a return of color-coordinated cabins. This was another exceptionally clean surviving example of Toyota’s pre-Lexus flagship. 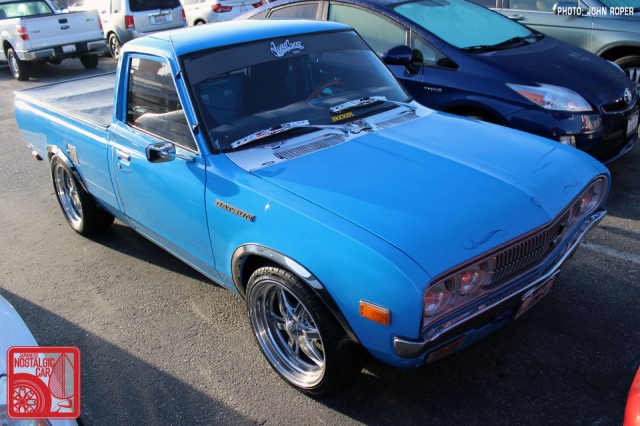 Further afoot we came across a Datsun 620 in Hot Wheels blue and some light pinstriping and very 80s wipers. The West Coast Customs banner betrays the source of its large wheels, but it’s good to see the truck was not overly pimped. We miss the days when a pickup could be the same size as a Prius and still get the job done.

We recognized this flared black 1971 Datsun 510 as Dominic Le’s, and last we heard there was a naturally aspirated SR20 under the hood fed by a set of electronically operated ITBs made by Tomei. Though heavily customized, the starting point, admirably, was a race car that had seen some body damage to begin with. 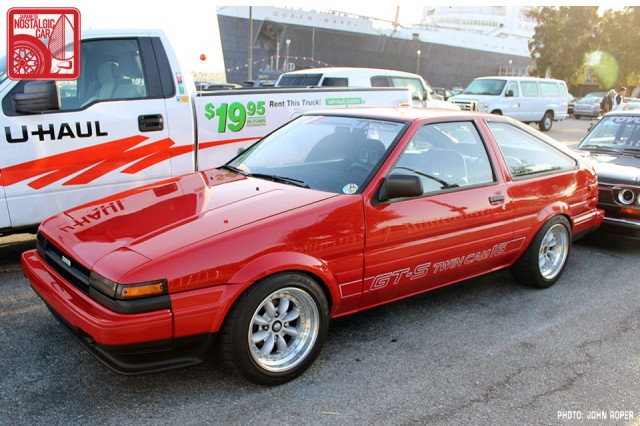 Its partner in crime is another familiar face, Dennis David’s AE86 Corolla, still one of the cleanest USDM hatchbacks on the roads today. This car was restored from a faded, $250 heap found in the back of a garage and brought to its current shine.

Our only regret is that we missed a chance to snap the gray Mazda RX-5 that was on a flatbed right outside the gates. It took off before we could catch it, making this the very rare occasion when there were two RX-5s with different owners within a 100-mile radius.