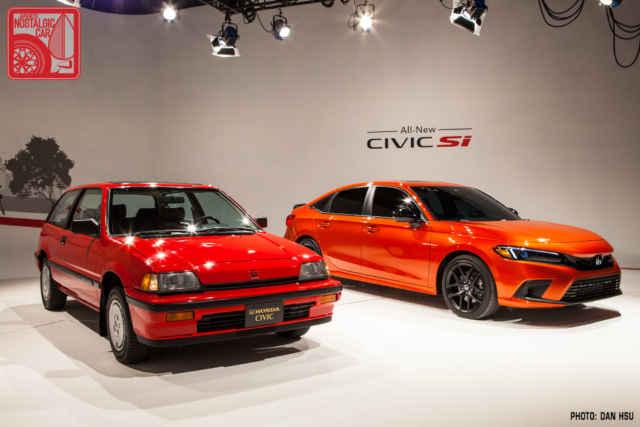 On October 24, 1984 Honda launched the original Civic Si in Japan. Based on the third-generation Civic that had debuted a year prior, the car packed an almost inconceivable amount of performance into a small and easily affordable package. It was a revelation, and it could be argued that this tiny box on wheels ushered in the modern age of sporting Hondas.

Sure, long before the Civic Si Honda had an rich portfolio of sports cars. There were the S500, S600, and S800 roadsters, which were reincarnated decades later as the S2000. There was Honda’s incredible RA272, which won a Formula One Grand Prix just three years after Honda built its first car. There was even the original Civic RS, based on the first-generation, and the Civic S, based on the second-generation hatch, which didn’t yet have an “i” after its red “S” badge because it wasn’t yet fuel injected. 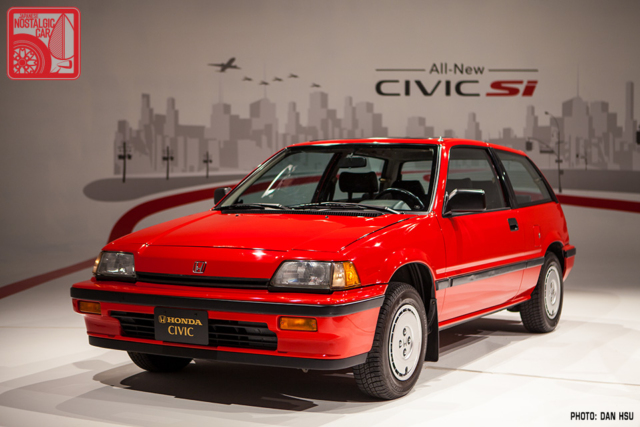 However, it’s something in the mold of the 1984 Civic Si that we think of when conjuring up an image of the quintessential Honda. It’s not the NSX; that would be the ultimate Honda, and the ultimate and the quintessential are two different things. The Civic Si defined the parameters that created a worldwide tuning phenomenon in the 90s: front-wheel-drive, soaring revs, no-nonsense design. 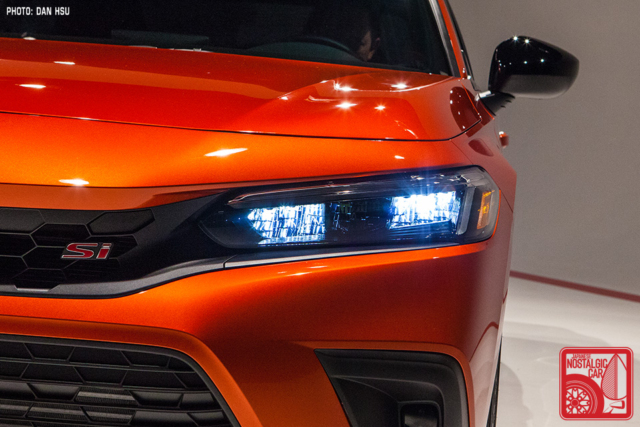 Honda is revealing the 2022 Civic Si today, based on the newly released eleventh-generation Civic. We attended a press preview for the car last week, and it seems to be a decent, at least on paper, performance car for today’s market. Honda also happened to have a 1986 Civic Si, a car from their US corporate collection, displayed alongside it. 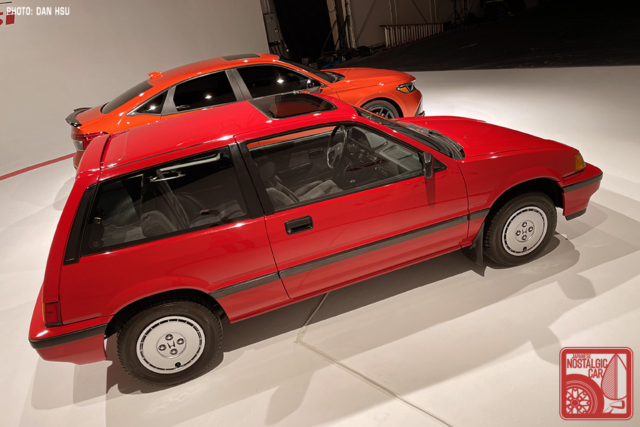 Yet despite the fact that the 2022 Civic Si can run rings around the ’86, its 200-horsepower, 192 lb-ft turbocharged 1.5-liter engine — which more than doubles the output of its predecessor’s 91-horse, 93 lb-ft naturally aspirated 1.5 — or that it brims with technology that makes the original look about as sophisticated as a shoehorn, it was the old car that we yearned to drive. 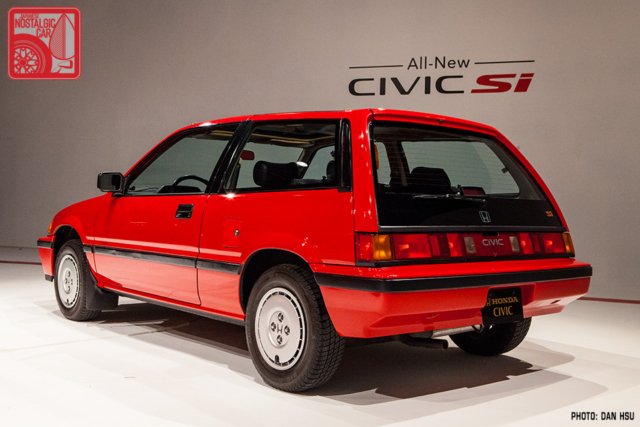 Just look at it! Not a single superfluous line, no part of its form that doesn’t follow function. The expansive greenhouse grants you convertible-like visibility. We weren’t allowed to take it out of the studio, but we imagine its compact size lets it dart around today’s SUVs the way a hummingbird circles a petunia.

During the concept stages for the third-generation Civic, Honda adopted the guiding engineering philosophy of “man maximum/machine minimum”. Taken literally, that meant pushing all four wheels to the corners to create a cavernous cabin. Its pencil-thin pillars, tall glass, and boxy shape all serve that aim. Taken figuratively, though, it meant that the Civic didn’t burden you with extraneous gimmicks. It’s a pair of sneakers and running shorts, not cargo pants over workboots.

Upon debut, it became the first Honda to win Japan’s Car of the Year award, beating out the Toyota Corolla, Nissan Fairlady Z (Z31 300ZX), and Honda’s own Prelude. Even more significantly, it received top honors at 1984’s prestigious Good Design Awards for industrial design (everything from kitchen utensils to electronics), the first time a car had won the Grand Prize. And if that’s not enough, Tom Matano, the Mazda designer responsible for such stunning cars as the FD3S RX-7 and the instant classic NA and NB Miatas once said that the third-generation Civic deserved a spot in New York’s renowned Museum of Modern Art. 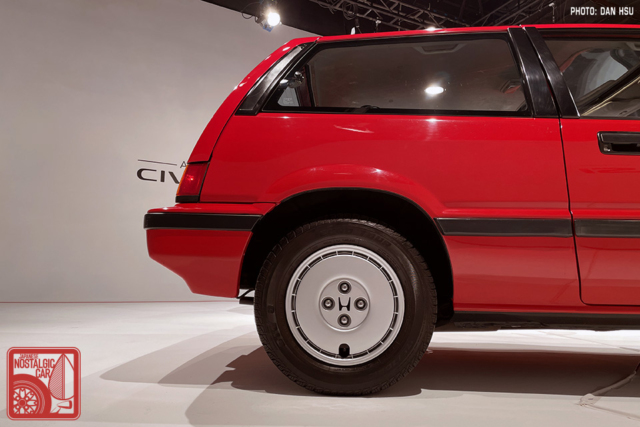 Due to its ad campaign, in which Louis Armstrong’s “What a Wonderful World” played over sun-drenched views of the new Civic, it was given the nickname Wonder Civic. The name is wholly appropriate too, because the more you look at it, the more wonders you discover.

Take, for example, the subtle spoiler exclusive to the Si. Engineers  simply raised the top edge of the hatch to integrate it, adding two slivers on the roof to guide the air under it. Due to the rear wheel wells the rear windows don’t roll down, but like many Hondas they do pop out, with a vent cleverly hidden in the black trim aft of the glass.

The cleverness continues inside, where a thin dash situates the radio and climate controls not on top of one another, but side to side. This opens up the area below for knees, cassette tape storage, and one of Honda’s Goldilocks 5-speed transmissions. A wide row of vents sweeps across the top of the dash, a cue mimicked in the vent design of the 2022. Perhaps most distinctively, the dash has something you never find on modern cars — negative space, two molded trays that happen to be well suited for a smartphone. 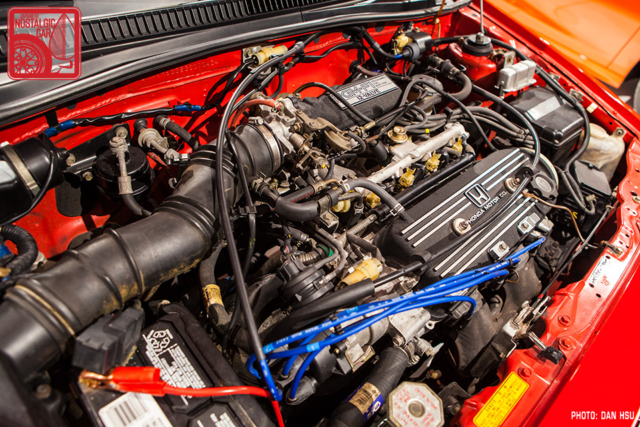 The US-spec Civic Si came with a SOHC 12-valve four that was eventually renamed the D15 motor. Combined with a Honda signature suspension tune, it was capable of scooting the sub-2,000-pound hatchback around so well that the car became a secret autocross weapon in the US. 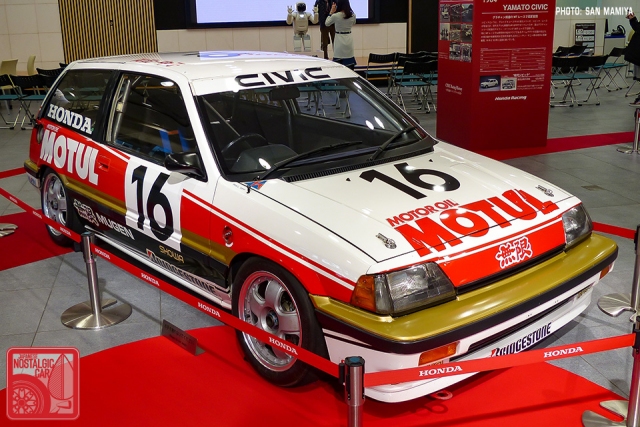 As good as it was here, in Japan the Civic Si was even more potent. Under a power-bulged hood, home market examples sported a DOHC 16-valve 1.6-liter ZC engine, Honda’s first use of a twin-cam motor since the S800 roadster ended production. The aluminum-block mill cranked out an astounding 128 horsepower, something US-market Hondas didn’t achieve from a four-cylinder until over a decade later. 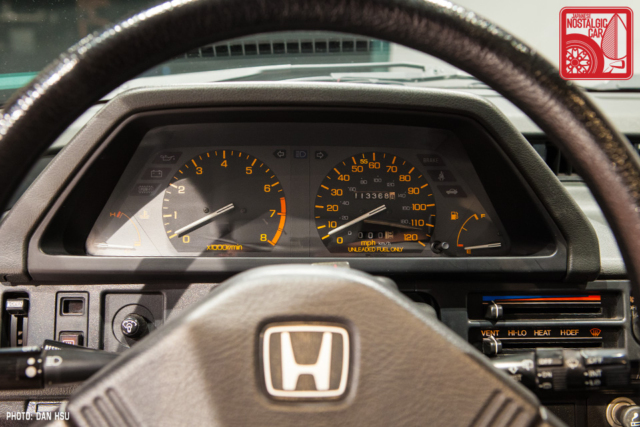 As such, the Civic Si quickly became a fixture in Japan’s touring car series, from N1 to the All-Japan Touring Car Championships. In 1987, the Wonder Civic emerged victorious in every single JTC Division 3 race, clinching the championship for drivers Osamu Nakako and Hideki Okada.

The most incredible thing about the Civic Si is that despite all its accolades, the car is still eminently practical. And when you take the car on a grocery run, 99 percent of the people there will think it’s nothing but an econobox. In fact, even among third-gen Civic owners themselves, very few likely fathomed its incredible backstory and potential. 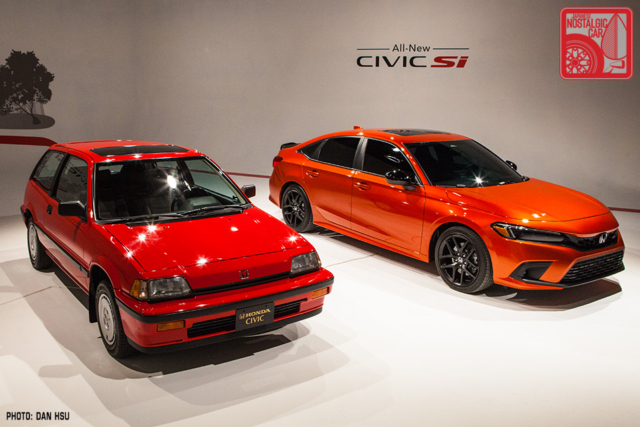 The Civic’s ubiquity — 12 million sold since 1973 — trick people into thinking it’s nothing special. Honda says that it didn’t want the new Civic Si to be “shouty” and return to that low-key roots, where it looks like an unassuming compact car to most, but a select few will recognize it as something more. We wish the new Si didn’t have half the tech it comes with — a 12-speaker Bose sound system, a dash full of screens, active safety systems galore. A little less machine, if you will, but that’s unlikely in today’s market. 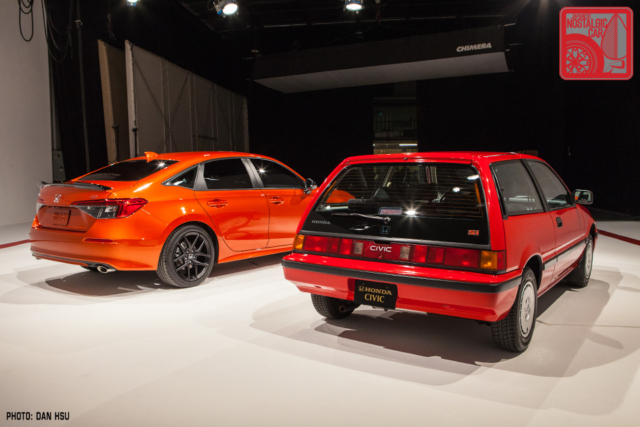 The new Si only comes in stick, lives in the Type R’s shadow, and is a car. None of those things count as an argument for its continued existence with the American consumer fully body snatched by crossovers. Honda should be commended not only for continuing to build a car like the Si, but keeping it affordable. Hopefully the math continues to work in the Si’s favor for another 37 years.

permalink.
This post is filed under: Next Version and
tagged: civic, Civic 11G, Civic 3G, honda.