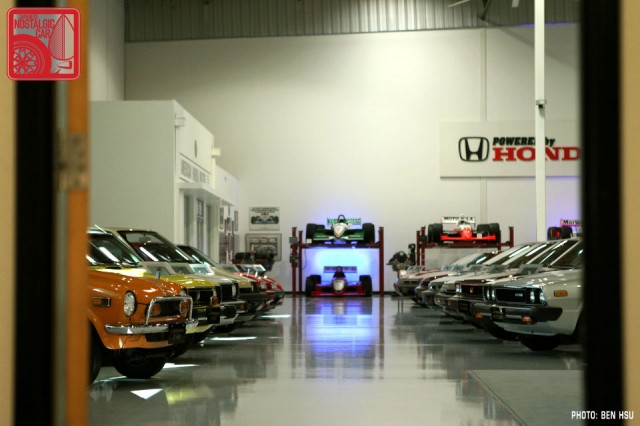 Soichiro Honda was born on November 17, 1906 in a small Shizuoka Prefecture village. If you had told his parents, a blacksmith and a weaver, that one day their son would put the family name on a worldwide automotive empire responsible for some of the best sports and racing cars of all time, they would’ve thought you were insane.

But by 1959, thirteen years after Honda opened for business in a 170-square-foot shed, Honda Motor Company was ready to establish a US subsidiary. Today, that subsidiary has sold over 33 million cars in North America, 20 million of which were built here, and has amassed a collection of its best creations in a nondescript private warehouse. Here’s what’s inside. 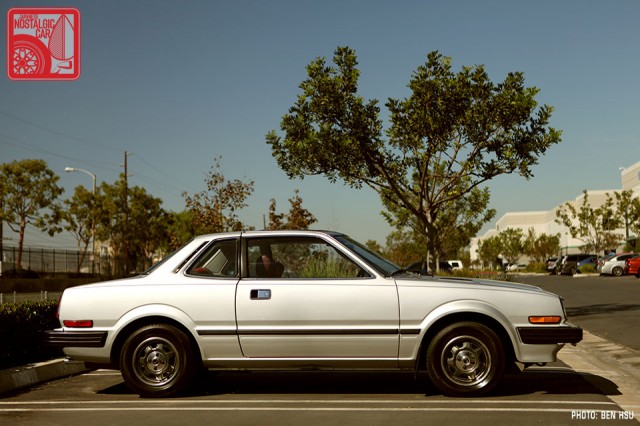 To get there, we first met with two Honda employees at the nearby corporate headquarters in Torrance, California. Upon our arrival, they revealed that some special transportation had been arranged to get to the warehouse.

To our surprise, they handed over the keys to a mint 1979 Honda Prelude. Apparently, JNC was the first media ever outlet allowed to drive one of their heritage cars, so we made sure to be very, very careful. Luckily the warehouse is only a short distance away in — get this — the same complex as the Toyota USA Museum. Both are buildings are completely featureless, look identical, and are just a few doors down from one another.

The Prelude itself, of course, was brilliant. It mattered none that the 1.6L engine pushed just 78hp. We grinned from ear to ear the entire time. From the superimposed tach and speedo (called the Concentrated Target Meter by Honda) to the stereo mounted in the side of the instrument pod (aka the Rotary Radio), engrossing details lurked everywhere.

The Prelude holds the honor of being the first Japanese car with an electric sunroof. With the windows cranked down and the thin pillars offering plenty of visibility, it was as good as being in a convertible. We would’ve been happy to just keep driving, but there were cars to be seen. 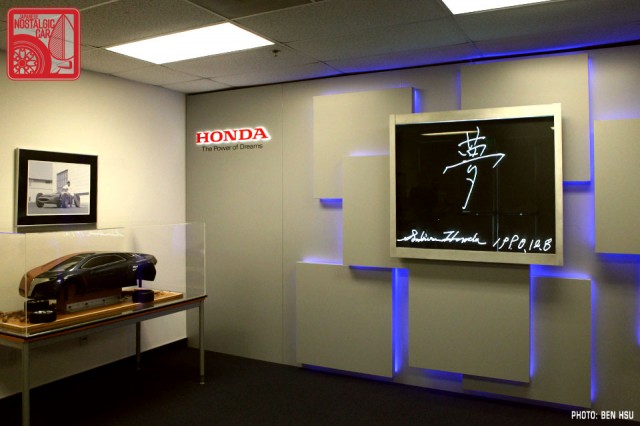 The main entrance of the building takes you to a small, ordinary lobby. Yume, the Japanese word for “dream” hangs from the wall with Soichiro Honda’s signature, inked in 1990. There’s also a scale clay model of a concept car and a photo of Mr. Honda posing beside a prototype of his 1964 Formula 1 car. The actual museum part is behind another door, although museum isn’t really the right word. 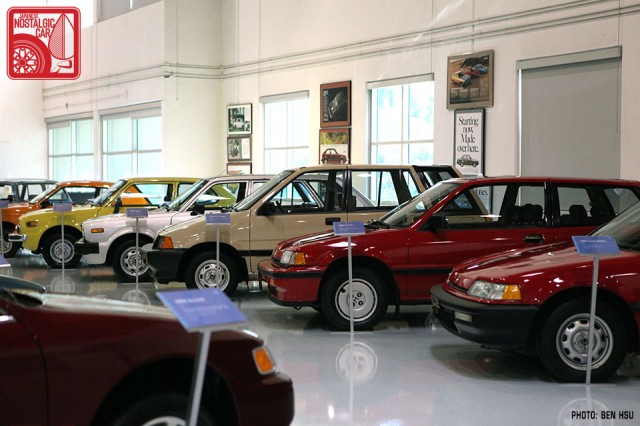 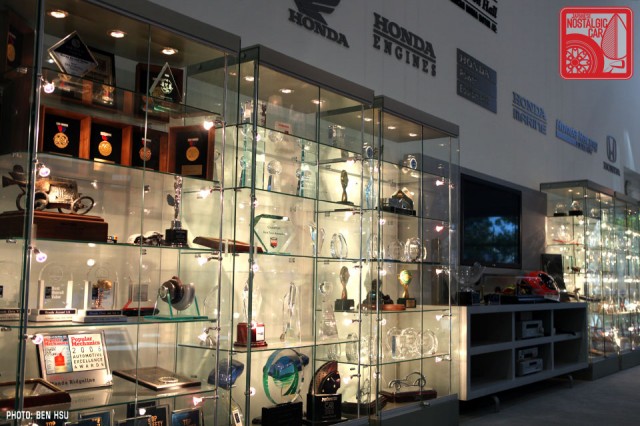 Whereas anyone can visit the Honda Collection Hall in Japan — provided you can get to the remote Twin Ring Motegi circuit grounds it’s located on — the American Honda collection isn’t open to the public. Honda sometimes uses it to host special events, but that’s about it. Nevertheless, the vehicles are all operational and get rotated out of the warehouse for shows on occasion. In addition to cars, it houses motorcycles, concepts, and a several massive trophy cases filled with awards Honda has won over the years. 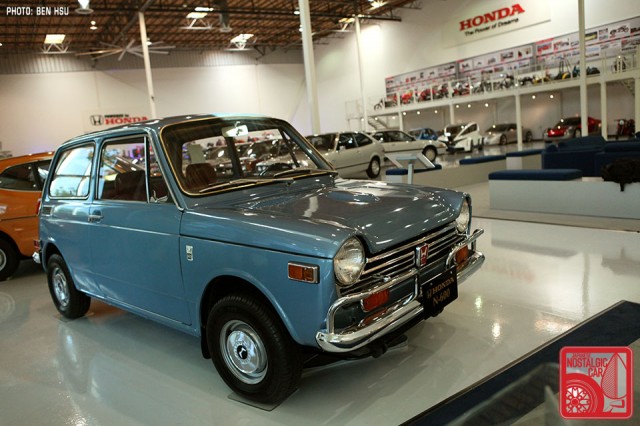 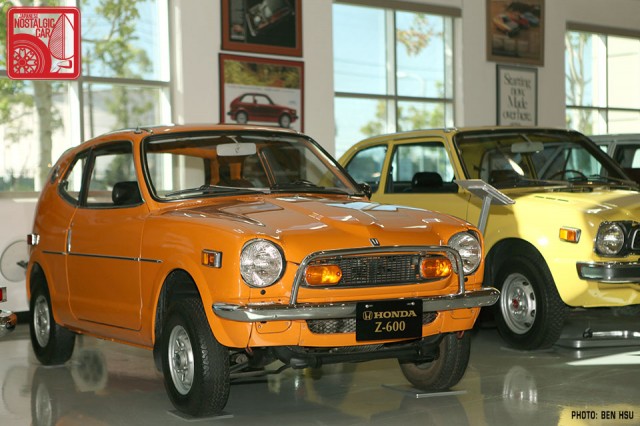 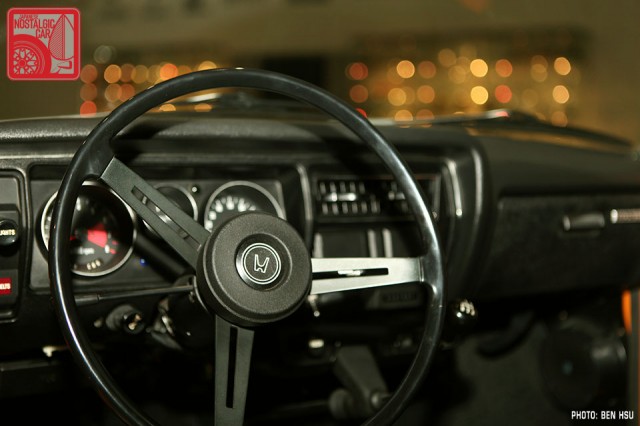 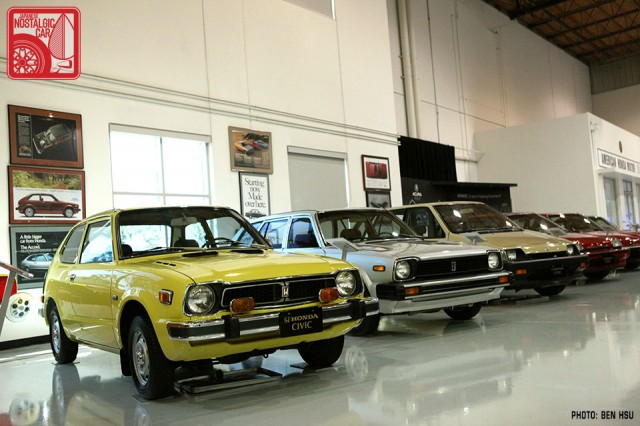 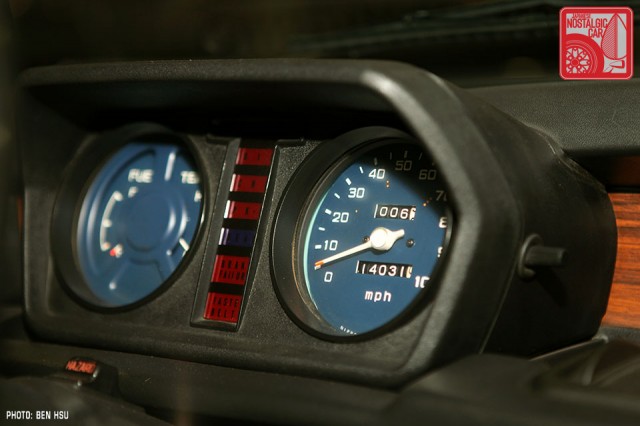 The car that put Honda on the map, however, was the first-gen Honda Civic CVCC. At the height of panic about petroleum and emissions, it was the first car to meet US emissions regulations without a catalytic converter. This 1975 model’s 1.5L inline-four made 53hp. Combined with a weight of 1,781 pounds, it was good for a top speed of 86 mph and 47 mpg. Between 1973-79, 700,000 found new homes. 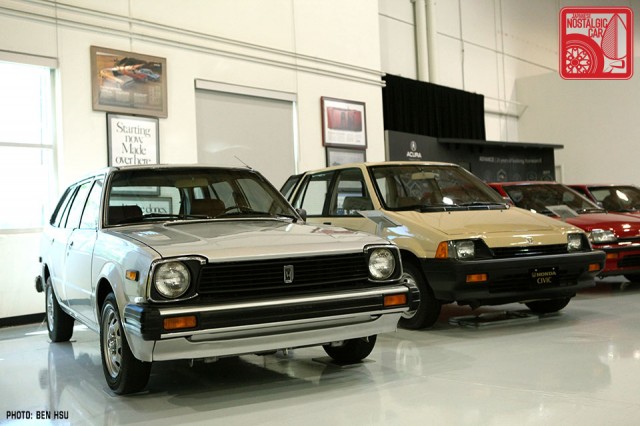 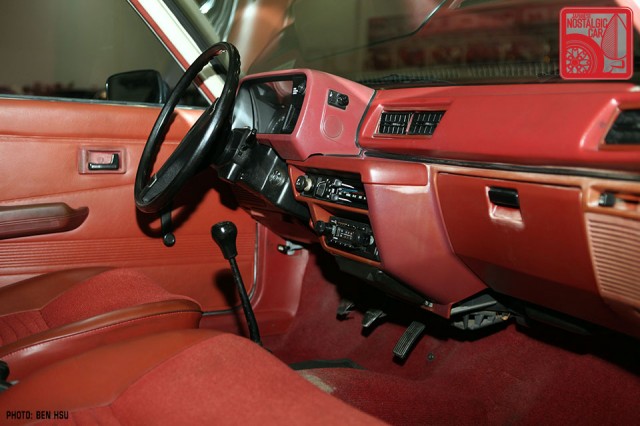 The sole second-gen Civic in the collection is a 1981 Civic Wagon, silver with a bordello-red interior. It came with a 1.3L, 55hp 12-valve inline-four, but you could get an optional 1.5L good for 67hp. Since they don’t have a hatchback version, we think a 1983 Civic S — which had a sport suspension and was the first to make use of red trim lines that denoted later Si models — to the collection.

Next up, a 1984 Civic Wagon, resplendent in beige and charming checked upholstery. It was the first four-wheel-drive Honda, and you can see elements that eventually evolved into the the first-gen CR-V in the rear window. Sadly, there isn’t (yet) an specimen of the EF-generation wagon favored by the “slam it” crowd to match.

Beside it sat one of the pioneers of the tuner movement, a 1986 Civic Si, equipped with a US-spec 91hp, 1.5L inline-four shared with the CRX Si. The “Wonder Civic,” as it’s known in Japan, dominated its class by winning every race in the series in the 1987 All-Japan Touring Car Championships. This civilian example, mint as it it may seem, has 113,363 miles on the odometer, but it doesn’t look a day over 1,000.

The sole fourth-gen Civic in the collection is a 1991 Civic sedan. This was the generation that really made the Civic mainstream, having sold almost a million units from 1987-91. With an F1-derived double-wishbone that simultaneously provided superb handling and allowed the body to sit impossibly low, it brought the humble Civic further into the realm of affordable cars that didn’t sacrifice the fun-to-drive factor. Though this DX automatic is mint as one can be, we can’t help but think if a 5-speed EX, with body-colored bumpers, would present better. Sadly, American Honda has no Si of this generation either, probably because they’ve all been heavily modified. 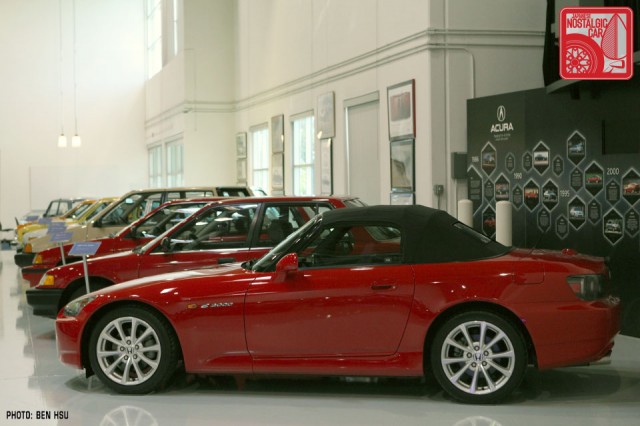 Parked at the end of the Civic row is a red Honda S2000, the only car in this article Soichiro Honda never saw. But his spirit courses through it as a successor to the S500, S600 and S800s that he was so hell-bent on building. If we were kings of the universe, we would’ve chosen an AP1, just because the earlier F20C’s 120 hp-to-liter ratio was unprecedented for a production car and revved higher, like all Hondas should. 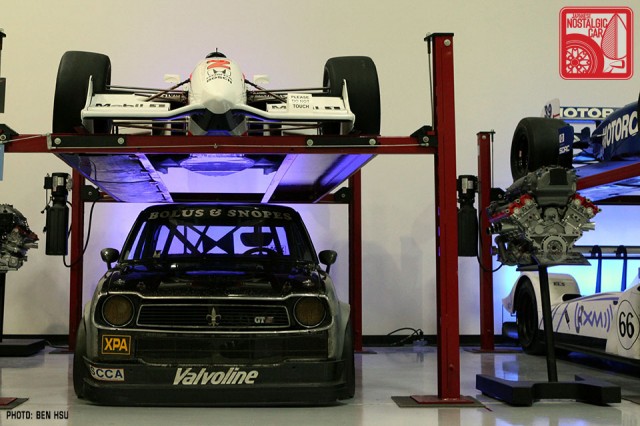 Nestled among a stack of dedicated racing machines along the back wall was a 1974 Honda Civic 1200, heavily race modified and running a 12.5:1 compression ratio. In its day it was known as “Tokyo Joe” or “The World’s Fastest Civic,” called such for hitting a 146.698 mph top speed at Talladega Speedway. It won six championships in the SCCA GT5 class and was retired in 1990.

Tucked in the CRX Corner are three stunning examples of Honda’s original pocket rocket. Two of them, a 1985 and 1988, both performance Si models, are bone stock. They’re simply beautiful in condition and as a representative of Soichiro’s philosophy of driving fun accessible to the masses. The third, a Championship White 1984 Mugen prototype used to test performance parts, was largely responsible for kicking off the tuner movement that, ironically, rendered stock CRXes like the ones beside it nearly extinct.

In Part 02, we’ll look at the rest of the collection, which contains cars that helped Honda expand beyond its roots to machines that moved the company to new frontiers.