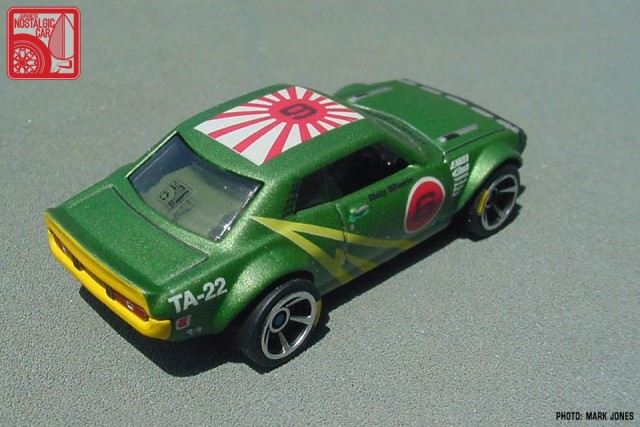 One of the great things about customizing Hot Wheels or building model kits is that you are free to create cars that you can’t build in real life. In the modern automotive universe, drifting is probably as close to the epic World War II dogfights that took place in the skies. That why I wanted to imagine a Zero Celica drift car. 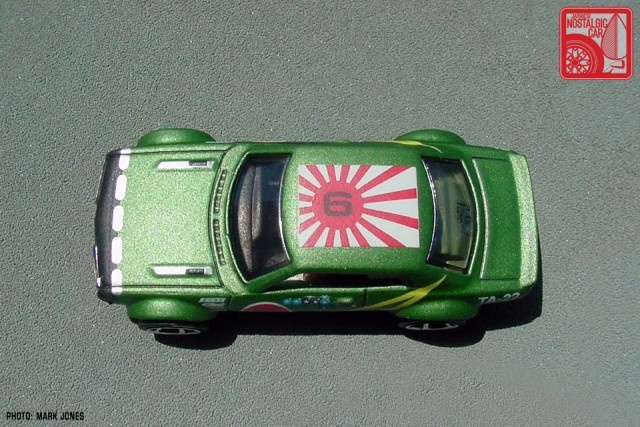 The paint scheme was inspired by a WWII Zero (yes, we are quite aware Mitsubishi built the Zeros, but Hot Wheels has yet to make a nostalgic Mitsubishi). I started with the first release Hot Wheels 1970 Toyota Celica and kept the factory base green color, though some of the tampos were removed with lacquer thinner. The idea was a quick and easy custom that didn’t involve stripping the car down to bare metal. 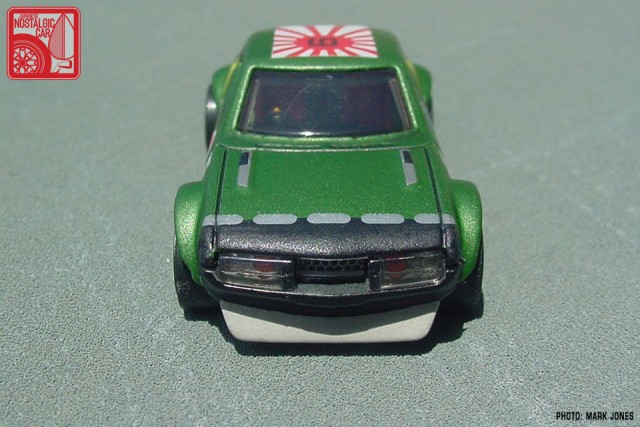 The nose and bumper of the car was painted flat black like the engine cowling and the silver dashes hint at the cowl flaps, stylized of course. Since the side marker lights were painted over, orange lights were added to the inboard headlight array. The headlight decals are from my Scale-Master’s decal sheet #6201. 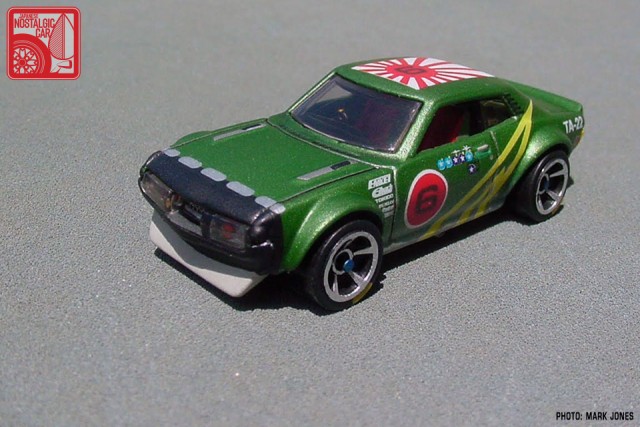 Roll call sponsor decals were custom made, as were the “kill” markings on the left door (taken from an actual plane). Call numbers “TA-22” were designed in the style of lettering found on other planes, and the meaning is somewhat self-explanatory. 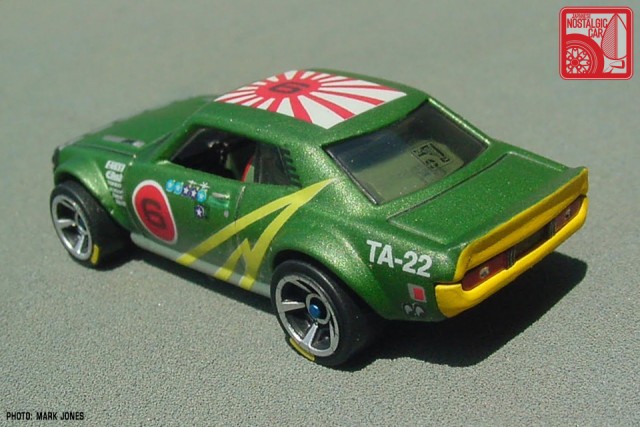 Instead of standard white racing roundels, I decided to use the red Hinomaru found on the Zero warplanes for the doors and a Rising Sun flag on the roof. The custom-made lightning bolt decal is more typical of a Raiden, but worked well with the other elements so I included it. 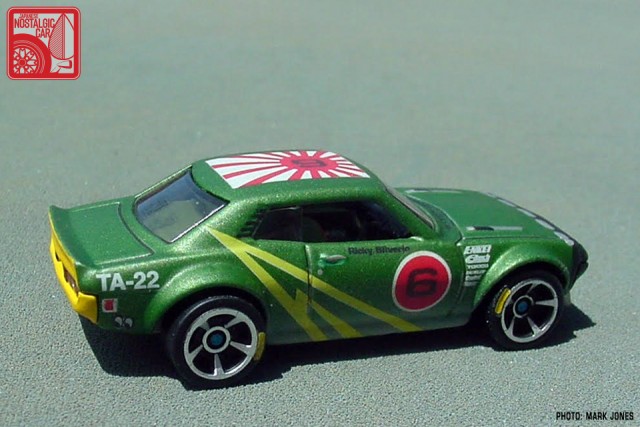 The underside was originally VUM chrome, but I painted the air dam and everything below the doors the correct JN Gray using Tamiya AS-2 paint. The center caps of the wheels are metallic blue, like the Zero’s landing gear struts. The yellow rear bumper and back of the spoiler are a nod to a squadron color-coded rudder. 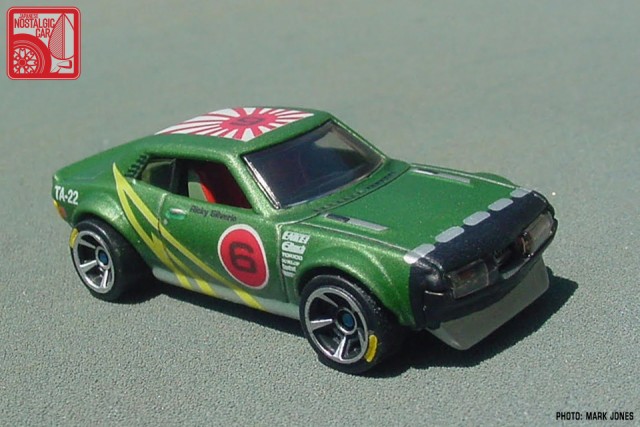 Since the Zero’s canopy frames are the same color as the rest of the plane, the window frames were likewise left green. Again, Tamiya paint was used for the interior, which is now the Zero’s correct green cockpit shade, while the seat cushions are finished in bright red. A centering stripe was added to the steering wheel as well. 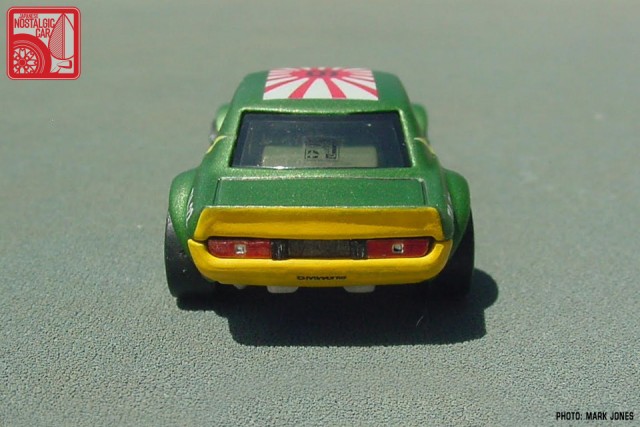 Naturally, there’s a JNC inkan on the rear window, this time the Black Gold variant.

I would love to see a real life version of this car, but I probably wouldn’t want to see an actual classic Celica used for this purpose. For now, I’m happy to create automotive “what ifs” with little metal cars instead.