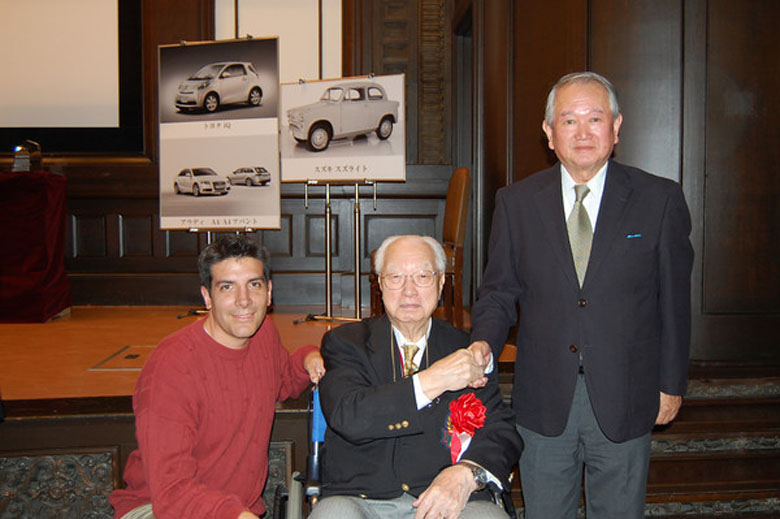 In a ceremony last month, Yutaka Katayama has finally been inducted to the Japan Automotive Hall of Fame at the age of 99. Known as Mr. K to his fans, he presided over Nissan USA during its formative years in the 60s and 70s, largely responsible for making it the car company that it is today. Katayama is also called the father of the Z-car for his involvement in developing a sports car for the US market that became the Datsun 240Z. He is also helped build Nissan’s storied reputation in motorsports, having pushed for racing programs that he knew would be key to building a strong following for the marque. It’s great to see such an influential figure finally get the recognition he deserves in his home country. Mr. K was inducted into the US Automotive Hall of Fame in 1998.

He is shown above with Luis Carriles, Z Car Club of San Antonio (left) and Yoshihiko Matsuo, lead designer on the Fairlady Z project (right).